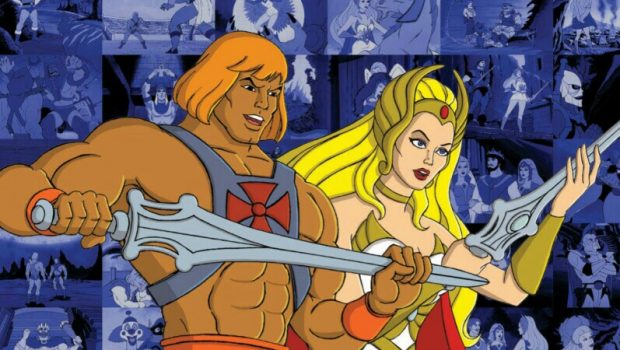 Summary: FOR THE POWER OF GREYSKULL ... THIS BOOK HAS THE POWER! 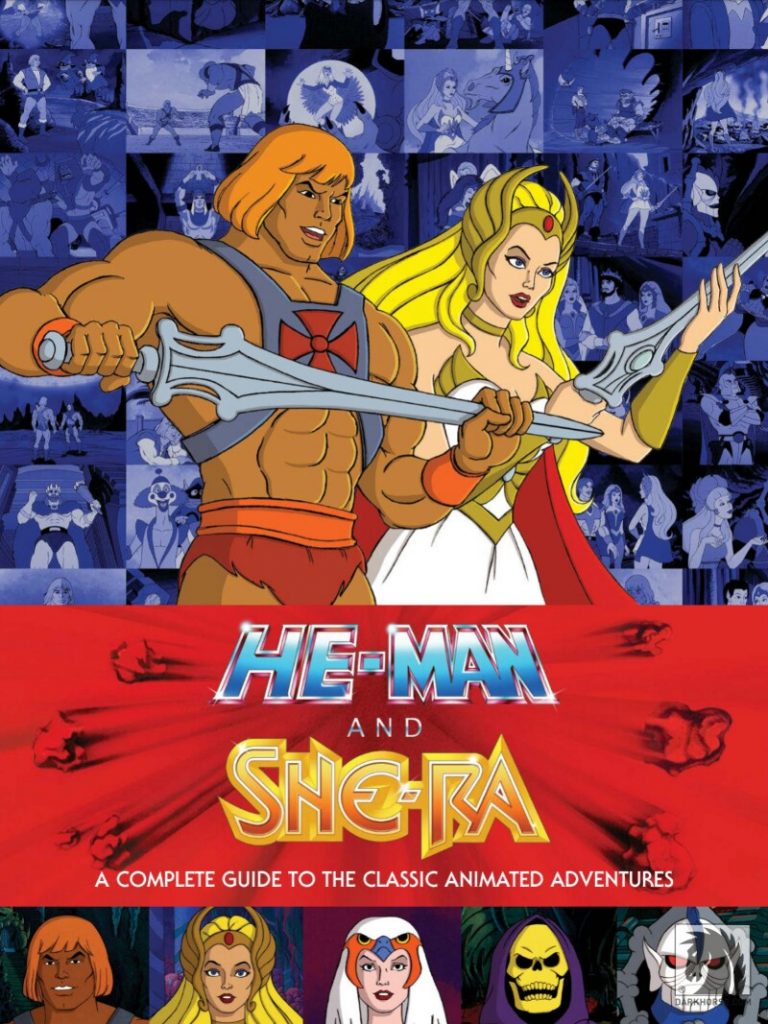 “He-Man and the Masters Of the Universe” made its debut on September 5, 1983, with the pilot episode titled, “Diamond Ray of Disappearance.” Although this wasn’t the first episode from the production order, it was the first that was televised. In the following months, the show became a worldwide success. Even though He-Man only had 130 episodes, and “She-Ra: Princess of Power” had 93 episodes (with the addition of two specials, a movie, and a special Christmas episode), these characters; this universe, became instant classics for future generations to come. Dark Horse Comics, James Eatock, Alex Hawkey, and Robert Lamb (foreword) proudly present us with “He-Man and She-Ra: A Complete Guide to the Classic Animated Adventures.” 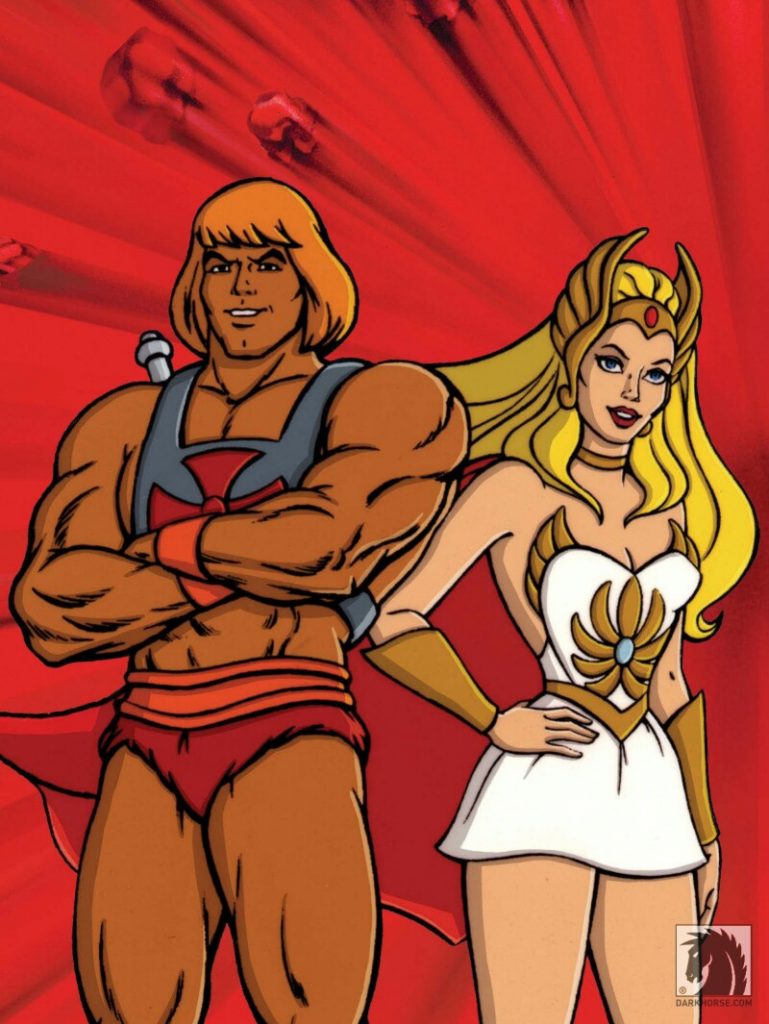 This hardcover book has 592 pages (602 in the digital preview edition), and contains so much information of every episode from these two series and the specials. Writing a review for this book won’t even begin to make a dent on how much information is featured within each page, of the history, from these episodes. From the beginning, readers are welcomed by reading the foreword from writer and storyboard artist of Filmation, Robert Lamb, and then a wonderful introduction by James Eatock. Following these introductions are a “How to Use This Guide” section, and this is most useful. For example, some sections contain “Episode Title,” which is self explanatory, “Script Approved and Final Script Revision,” or the last minute changes per episode; the rough and final drafts, “Trivia,” “Deleted Scenes,” “Moral,” which were positive messages for kids at the end of the episodes, “Review,” which is nice because each episode is given a fair review, and so many more sub-categories. As stated before, reviewing this book won’t come close to how much information is provided within each page. 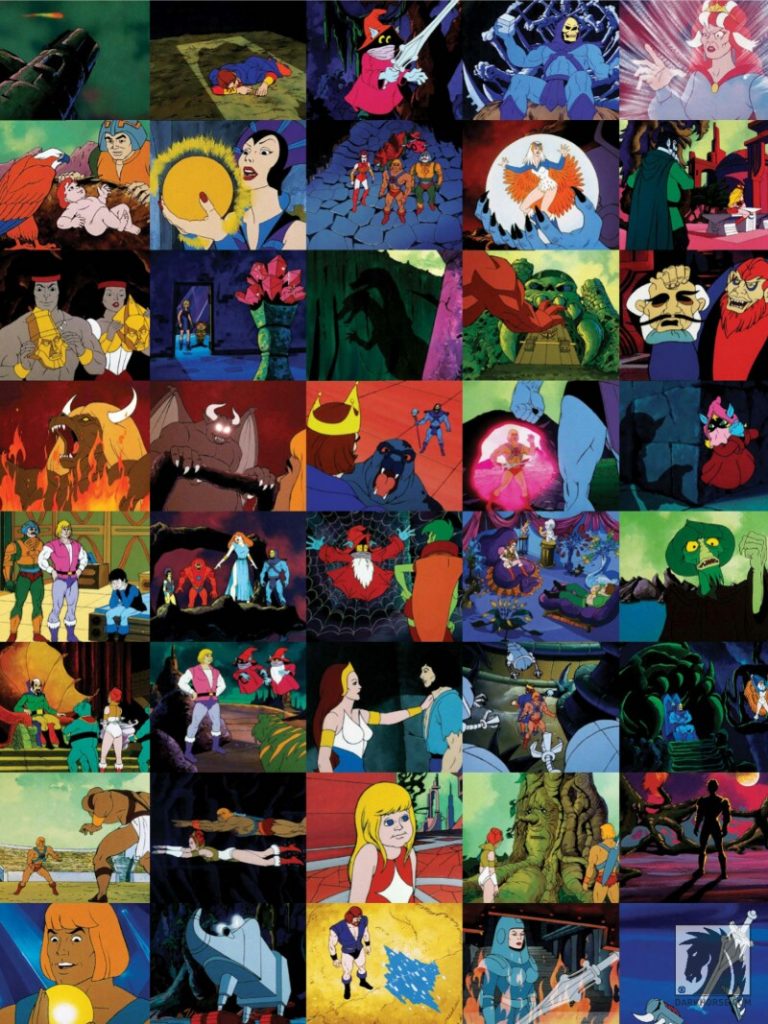 The main sections provide both seasons of “He-Man and the Masters of the Universe” and “She-Ra: Princess of Power,” the specials, and even abandoned episodes. A lot of research has been done to bring all this information to readers and fans of these legendary series’. There’s a cutaway diagram of Castle Grayskull with side notes of the layout. And it’s all wrapped up nicely with a tribute to Lou Scheimer. The artwork within this book are phenomenal, they bring back so many good memories of being young in the 80’s, coming home from school, turning the TV on to watch He-Man, and discussing the episodes with friends later on. Having this book made me pull out my DVD boxed sets so I can enjoy these episodes again, and following along with this book made it that much more entertaining. 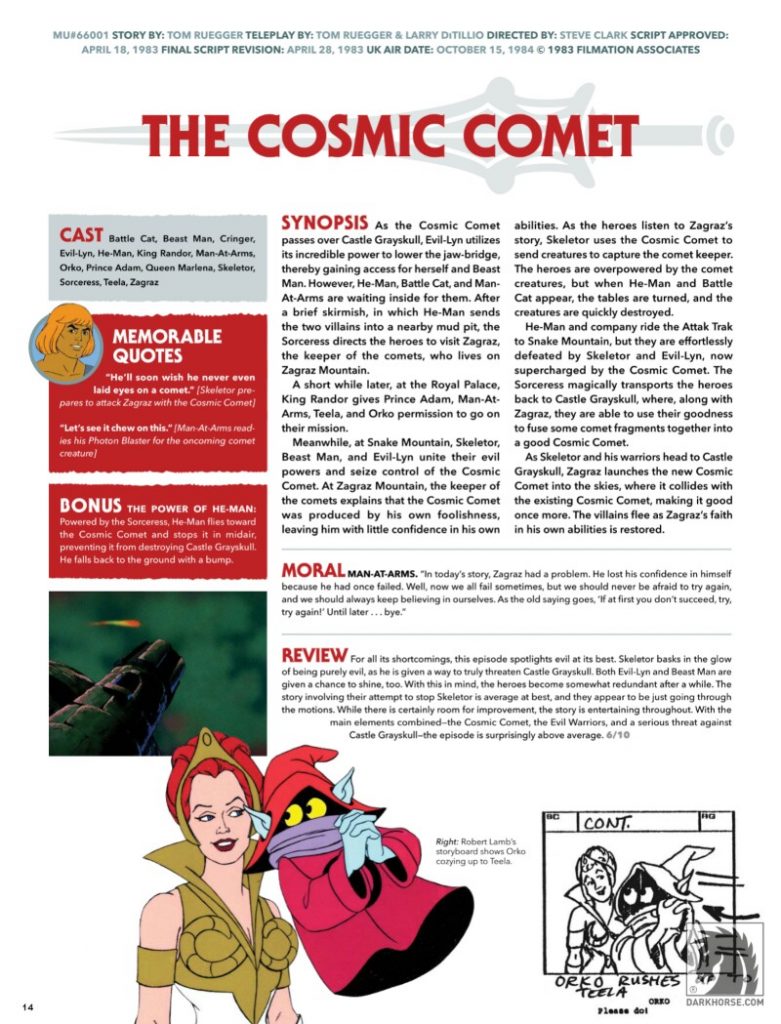 Overall, this is one hardcover book that should be on the shelves of all fans of “He-Man and the Masters of the Universe,” and “She-Ra: Princess of Power,” I can’t recommend many books as much as this one. Even new fans will enjoy this book because there’s so much information, per episode, it’ll have people wanting to watch these timeless episodes again (or for the first time). And with so many pages filled with detailed information and original artwork, it’ll take time to go through this book, but page after page, it’ll be so worth the time to read it. This book is a dream come true for fans of the original series, and new fans alike, this book is THE definitive heart and soul of this 1980’s animated masterpiece. I rate this book a 5 out of 5 stars, so highly recommended, and big kudos goes out to the creative team and Dark Horse Comics for publishing this book. 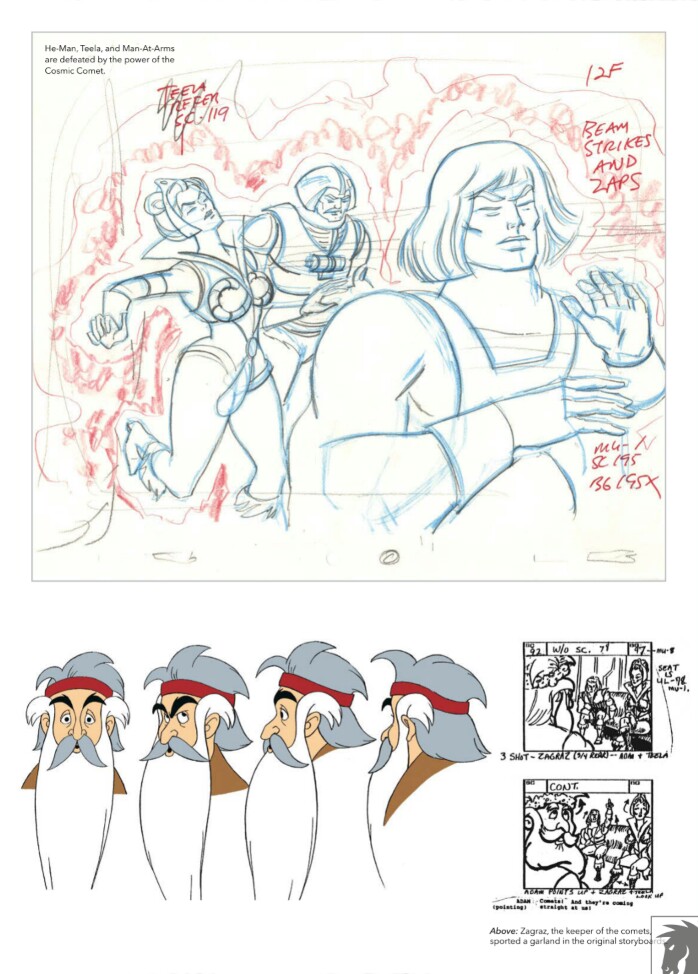 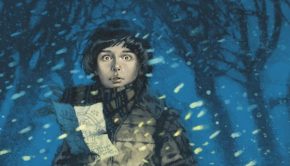 There’s a Mystery in the Hills of Hawkins, Indiana → 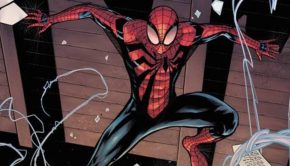 NEW TEAM OF WRITERS TAKE SPIDER-MAN BEYOND YOUR WILDEST EXPECTATIONS IN AMAZING SPIDER-MAN #75! → 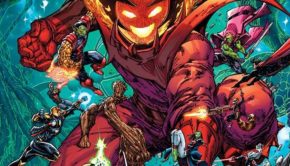