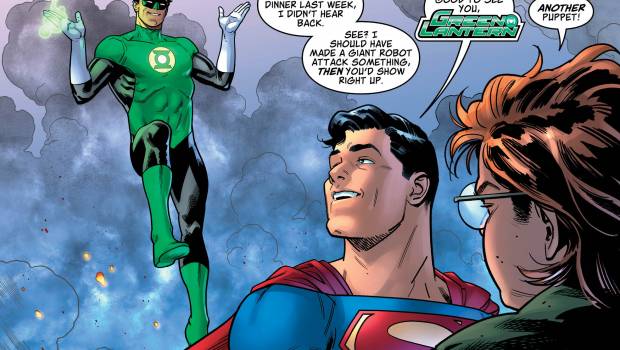 Summary: Brian Michael Bendis stretches his legs with part 2 of this Man of Steel mini-series.

This week DC Comics and Brian Michael Bendis give us the 2nd issue of the 6 part Man of Steel mini-series. Once again,Bendis shows he is rejuvenated with his move from Marvel to DC because, once again, he delivers an incredible issue of Man of Steel. I gave the previous issue a 5 star rating so my expectations were high and these 2 issues have made me love Superman again. I absolutely love the personality and sarcasm that comes out of Superman. I used to try and read Superman but found him so bland, but this new Superman approach should bring back any lost fans from Action Comics and Superman. So with that, here are my thoughts on Man of Steel #2 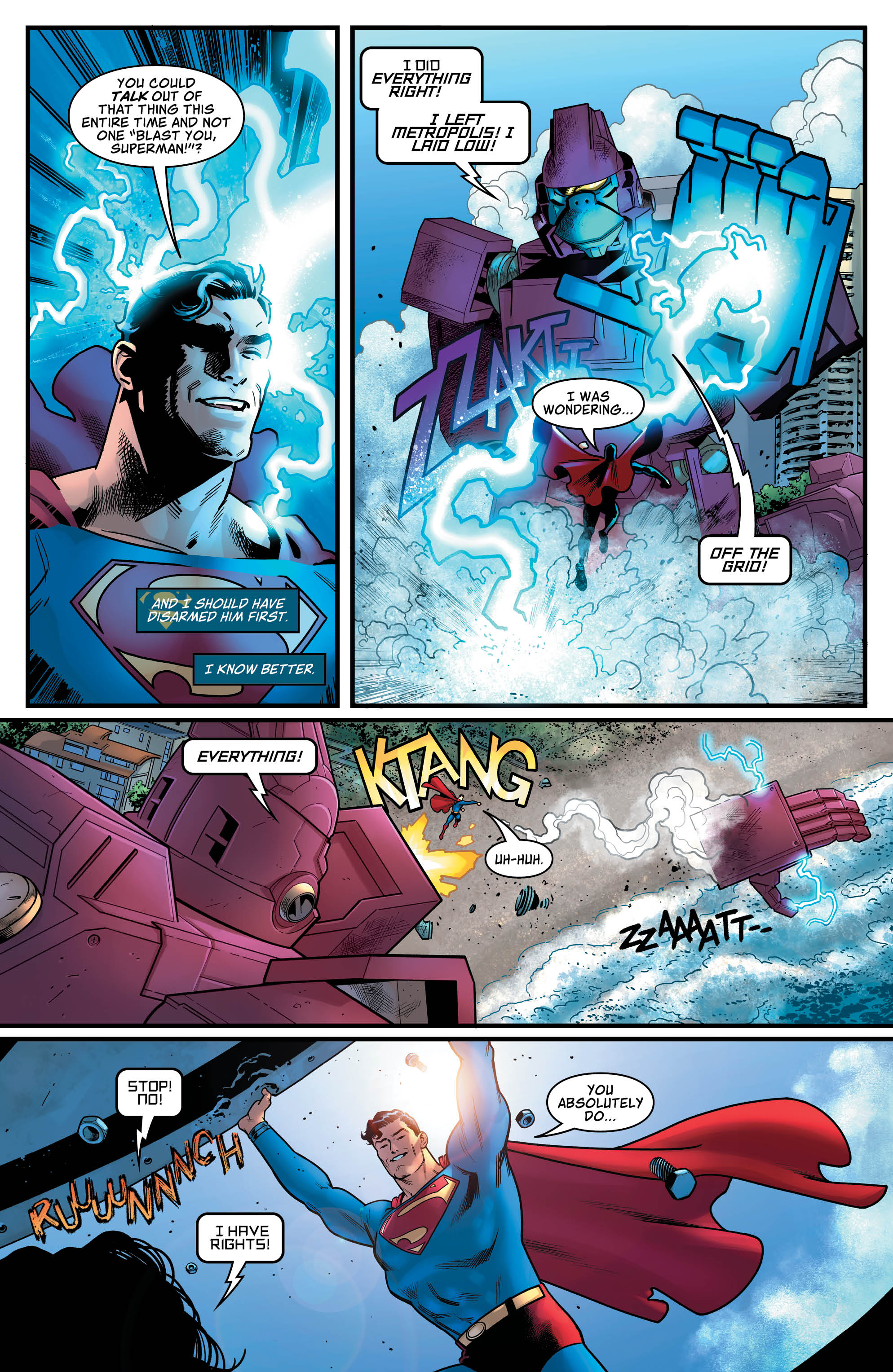 This issue starts shortly after the destruction of Krypton some time ago and cuts to Lord Gandelo accusing Appa Ali Apsa of knowing something about Krypton’s demise. In all fairness, his accusations are just as RogolZaar had mention his plans for cleansing the universe of Kryptonians, then no time later Krypton is destroyed. Appa quickly shuts this down and hits Lord Gandelo with some truth that things could come back bite him in the rear should he continue down this avenue. 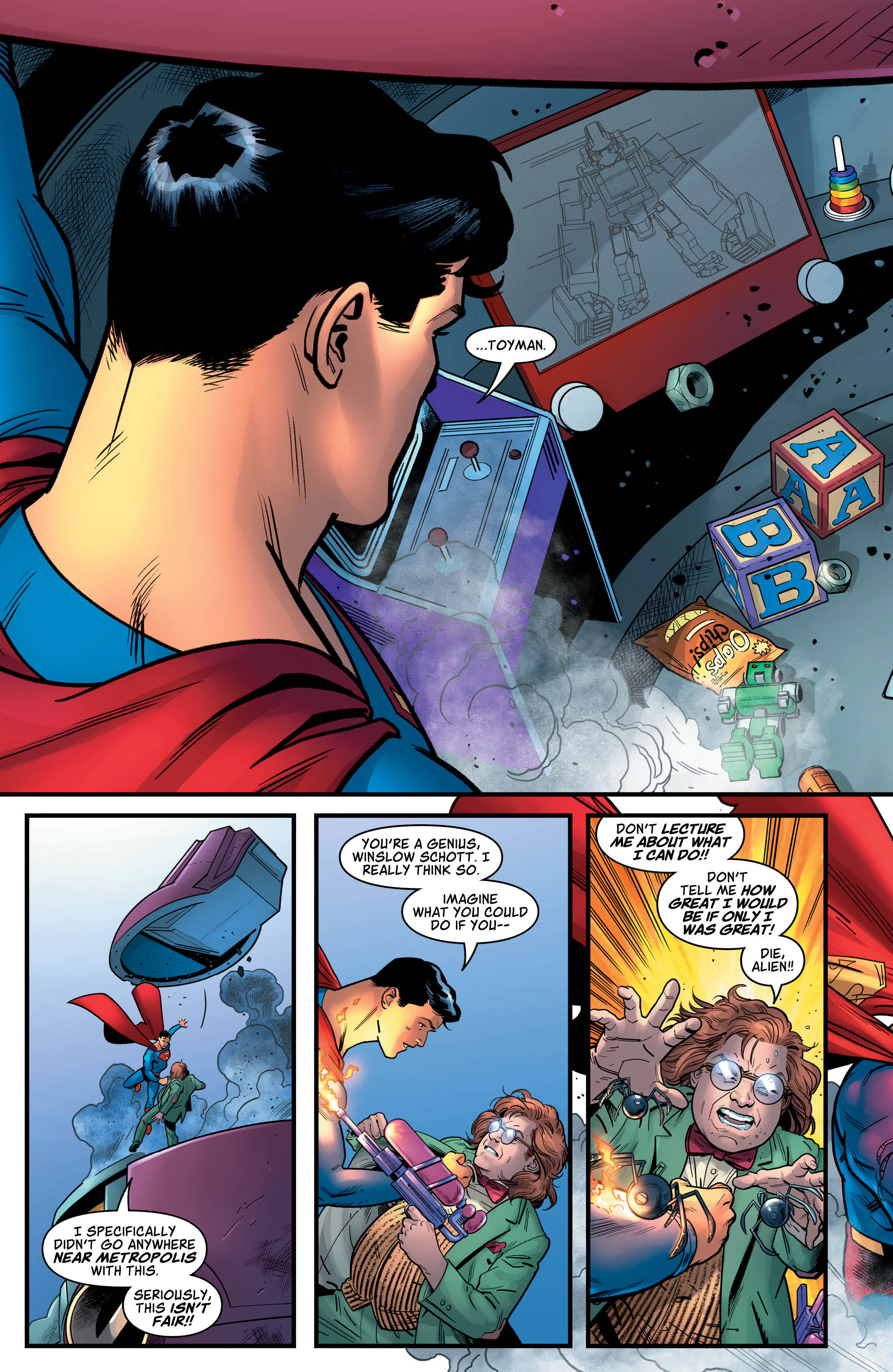 The next part of the story to me was probably the weakest, some gossip around the office about Lois Lane and where she might be; apparently she is missing after issue #1. Thankfully, this part is short and gets us to the best part of this issue and that is Superman out doing his Superman thing. Now if you haven’t read this issue you might be asking yourself what Superman could be up to. Well you know, he’s just out in Coast City punching a gigantic robot in the face. It is here we get to see that beautiful Superman sarcasm as he fights The Toyman who is in control of the robot. Why is The Toyman in a giant robot running amuck in Coast City? You know, because why not? Do we really need some deep thought out plan for Superman to beat down on a giant robot? No… No, we do not. Heck, even The Toyman doesn’t even really have a reason for his shenanigans! Sometimes crazy villains just have to build robots and go on a rampage. 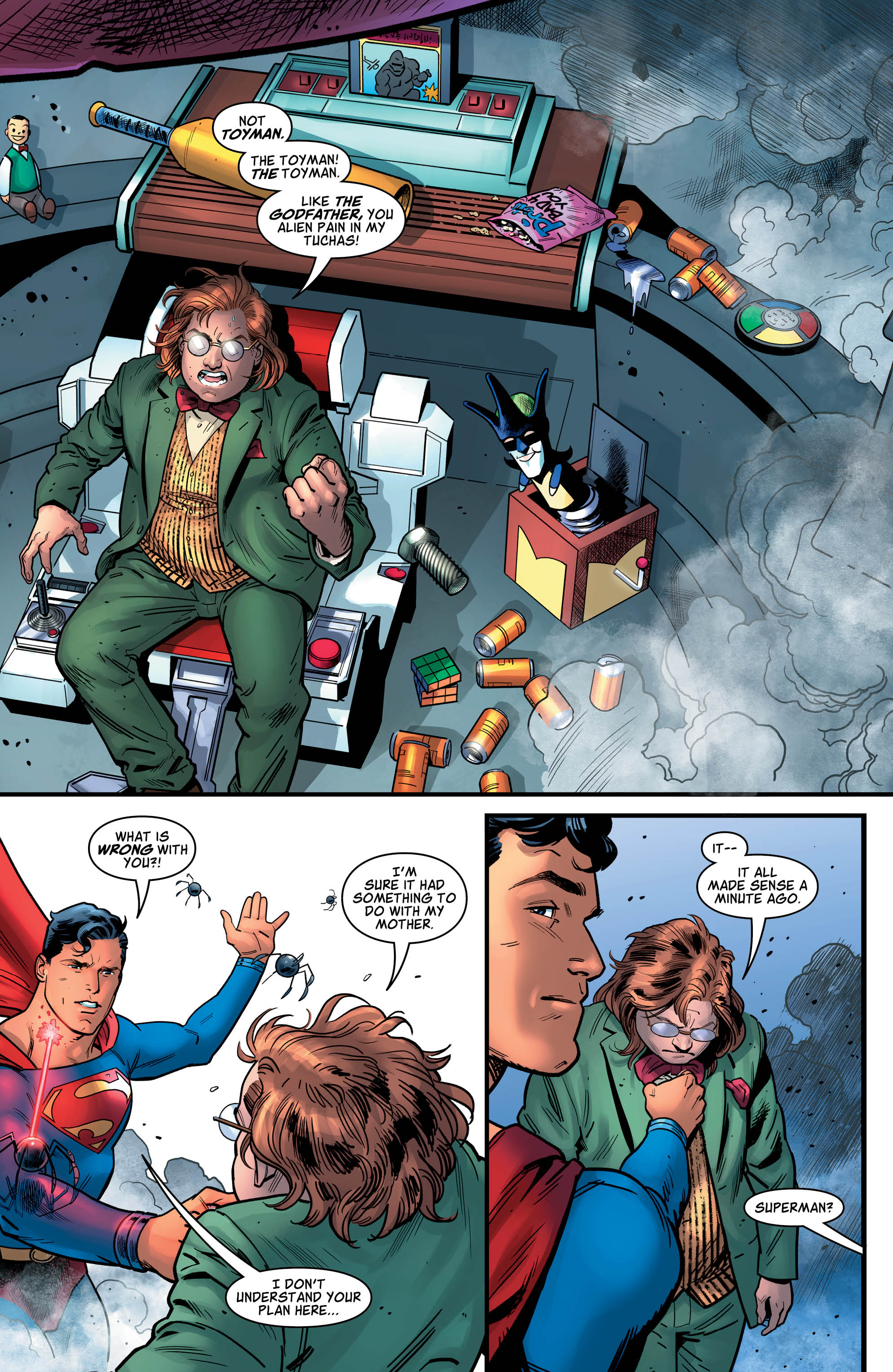 It is at this point in the comic that I must admit I totally “fangirled” out because it’s Coast City so you KNOW that Hal Jordan has got to show up! Which he totally does and it’s absolutely amazing to read the banter between Jordan and Superman. This was hands down my favorite part of the issue as it is just brilliantly written. 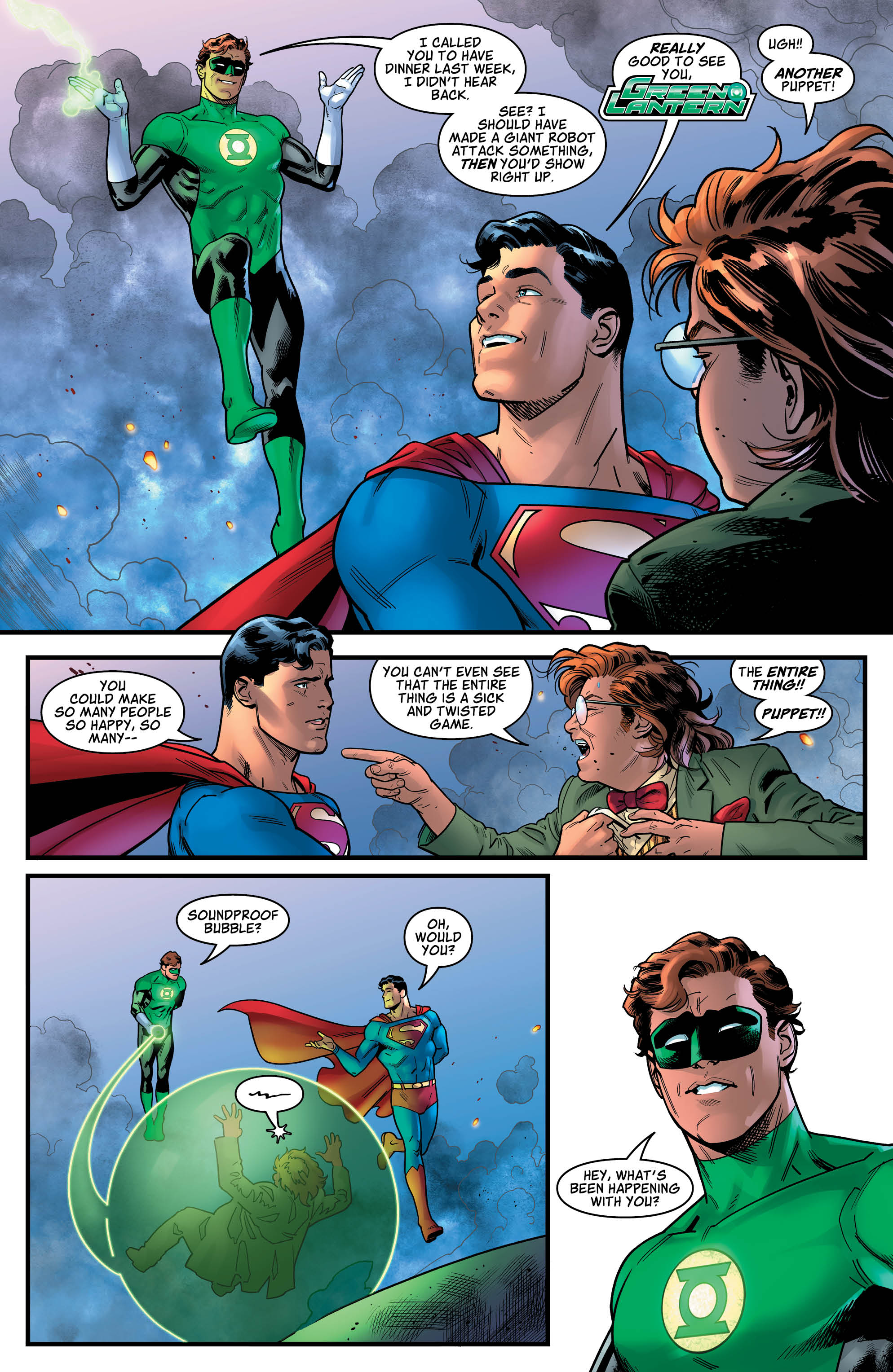 However, after the meeting between these two heroes wraps up, the rest of the issue just kind of seems to fizzle out a little bit. I mean, Superman flies off to the Moon for some reason (we get some vague little piece about what happened and the end of the last issue and there is mention of the arsonist again). Everything just kind of comes real fast and really doesn’t give us much answer. I don’t want to give too much of the issue away so I will not say much more other than that. The last few parts of the issue might not be as strong as the previous issue, but it was still a great issue all in all. 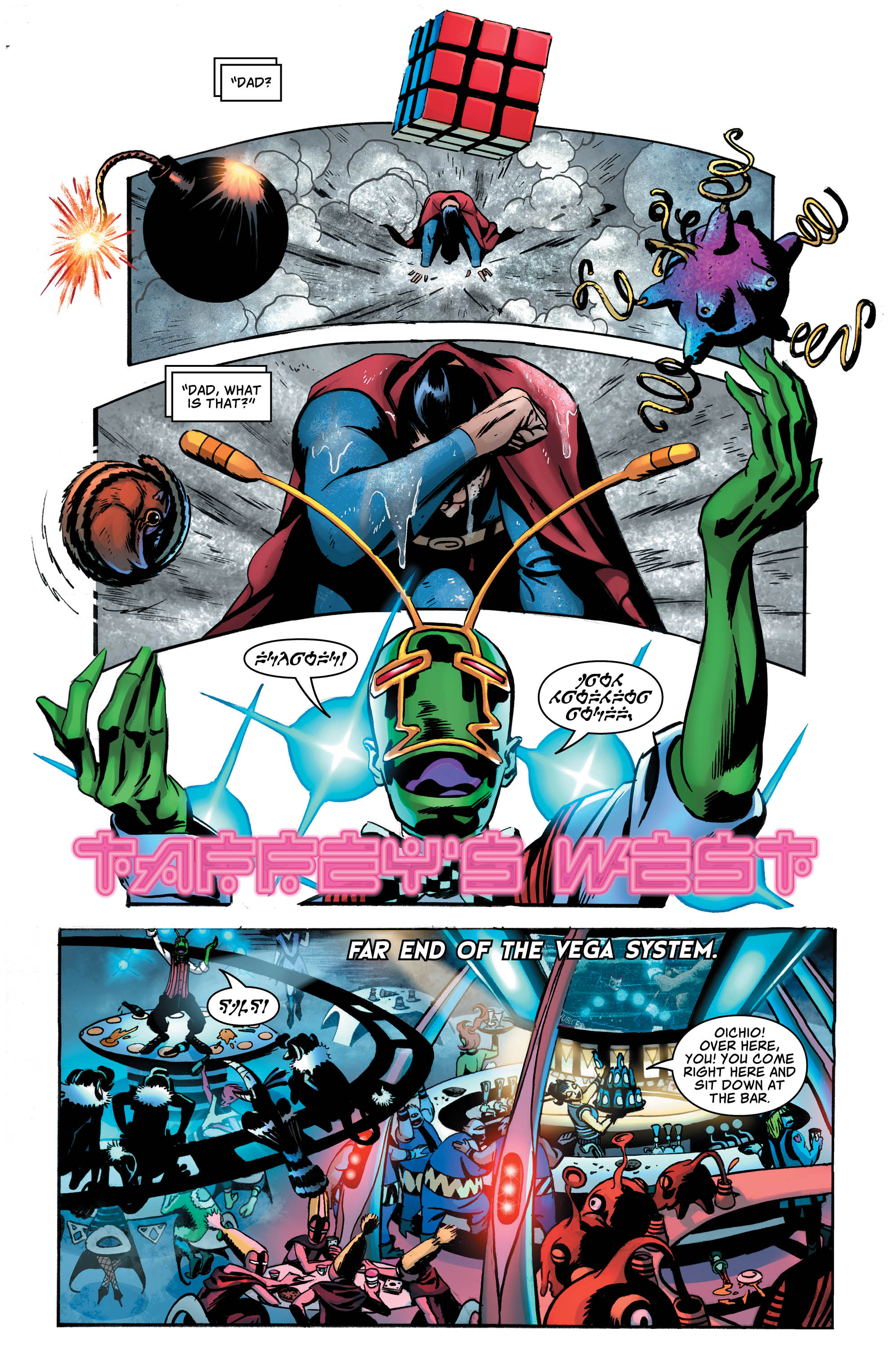 So during the run of this mini-series each issue gets a new artistic team and I have to say this issue is just so pretty to look at. The team that worked on this issue did a phenomenal job and really flexed their creative minds. These two issues have really set the bar for the upcoming issues when it comes to artwork and I cannot wait to see what the next team can deliver. 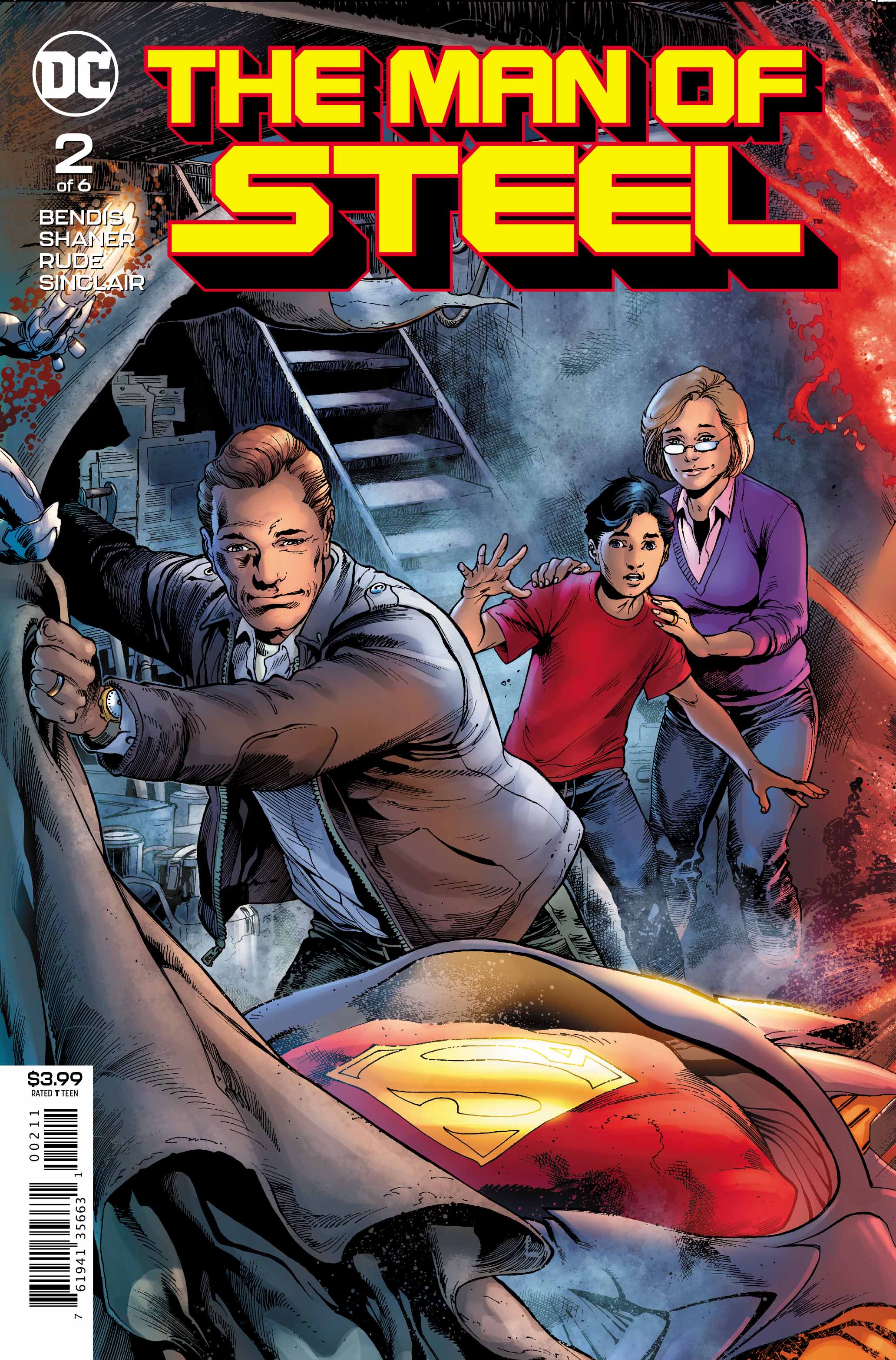 I really did enjoy this issue and though it may not been as strong as the previous issue, it was still and excellent read. This issue really just continues to build excitement for me and what we can expect from Bendis and the Superman stories to come. I am giving this issue 4 out of 5 stars and would implore anyone that is looking to get back into Superman to pick up this series.