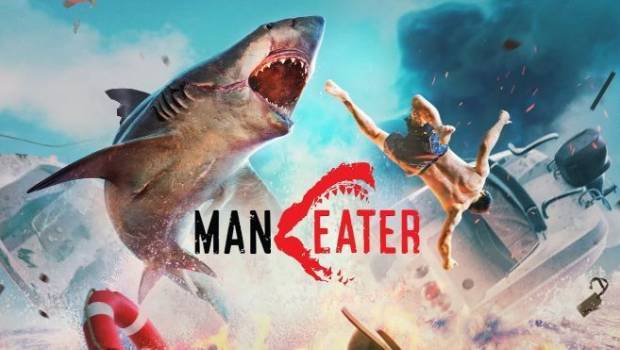 Summary: Taking the core of Hungry Shark for mobile phones and bringing it into full 3D with a reality tv show twist.

Some time ago I found a game for mobiles called Hungry Shark… essentially you start as a small shark and have to go around eating all you could (aquatic life and any other life that was close enough to eat), you would eventually be able to become a bigger shark and grow stronger and stronger. So when Man Eater was released I thought it looked very similar and it is… but it does add some new elements to make it a bit “meatier”. 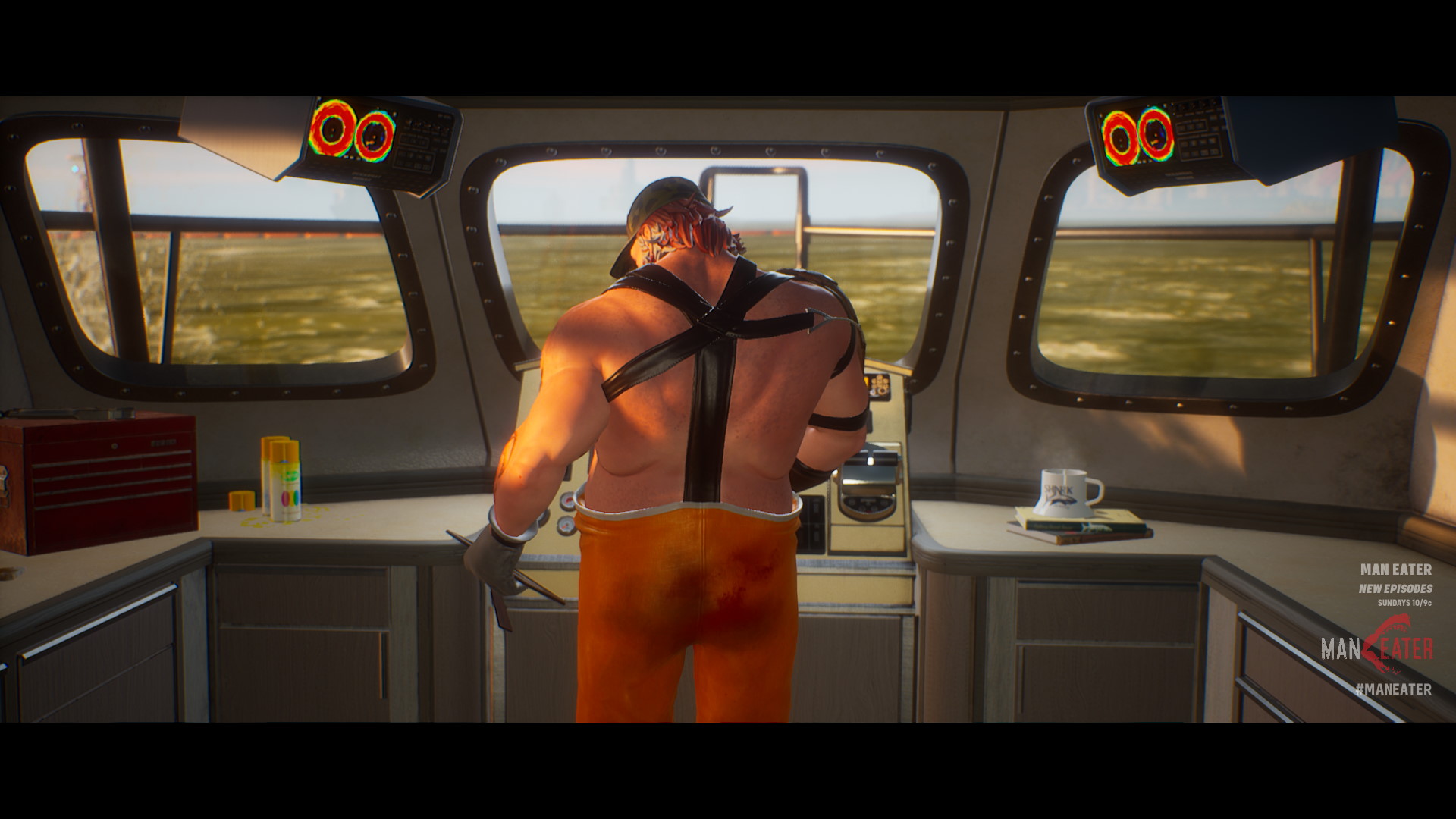 The main differences are that it is now in full 3D rather than just a 2D side scrolling game and the decision (a great one I think) of framing the entire story as a reality TV “World’s biggest catch” type show. This gives the game a few advantages, one is it creates a more compelling story line (the hunter and the hunted who later becomes the hunter) and it is the perfect opportunity to have plenty of exposition, often with a touch of humour thrown in for good measure. 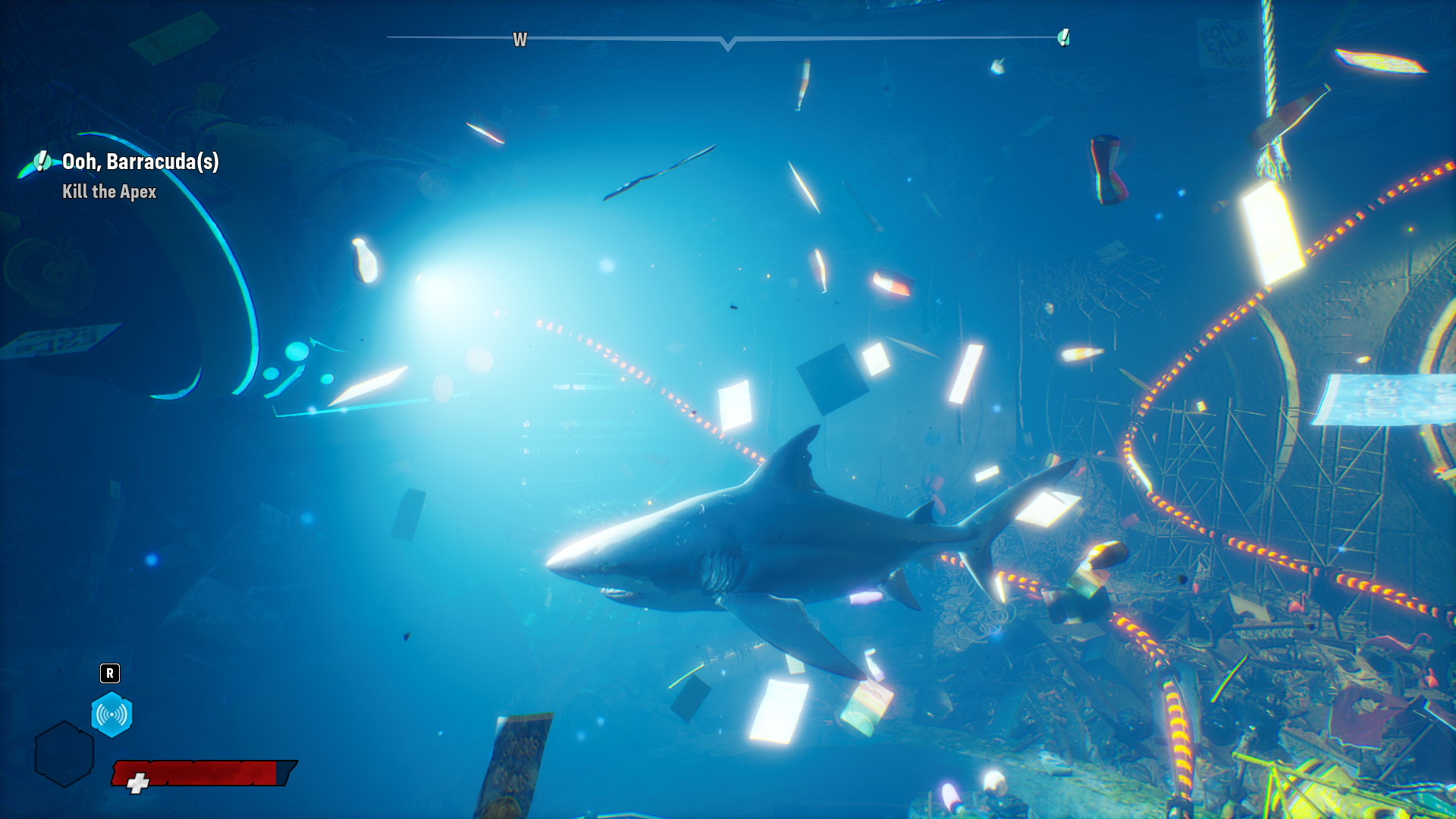 Much like Hungry Shark, you do indeed start on the lower end of the food chain but it won’t take you too long to start eating your way to a larger skin and some more powerful abilities. The “RPG” element here is essentially the fact that you have a handful of enhancements you can equip your shark with, tougher skin, electrocution abilities etc and it’s up to you what combination you select and how much you want to upgrade them. The core mechanic is the same either way… find things and eat them! 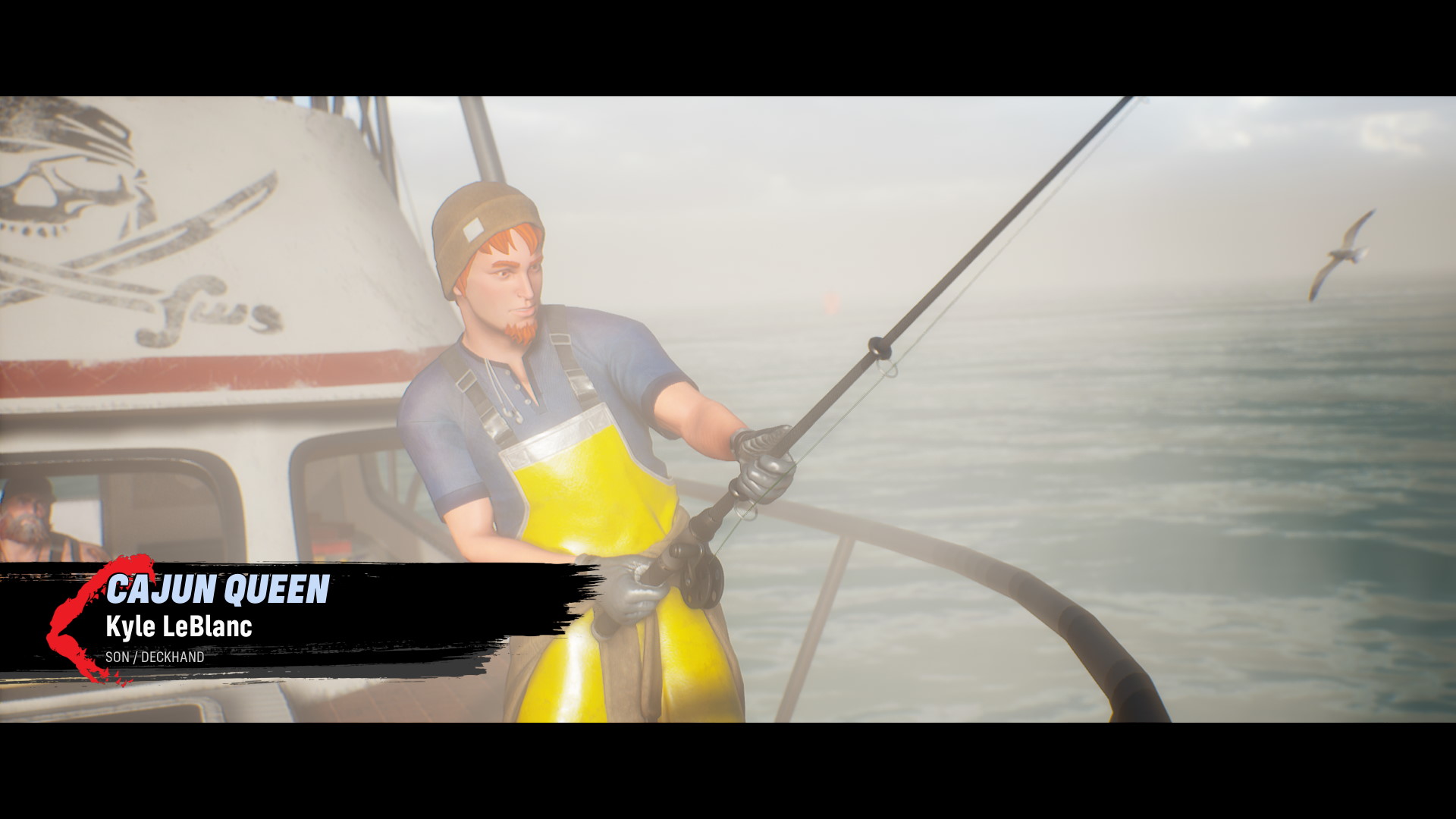 Visually the game is quite pleasing on the eye and not surprisingly can be quite bloody at times… so if you are overly squeamish maybe give it a miss. There are a number of interesting “locations” to discover that range from local art installations to some morbid oddities and many things in between. 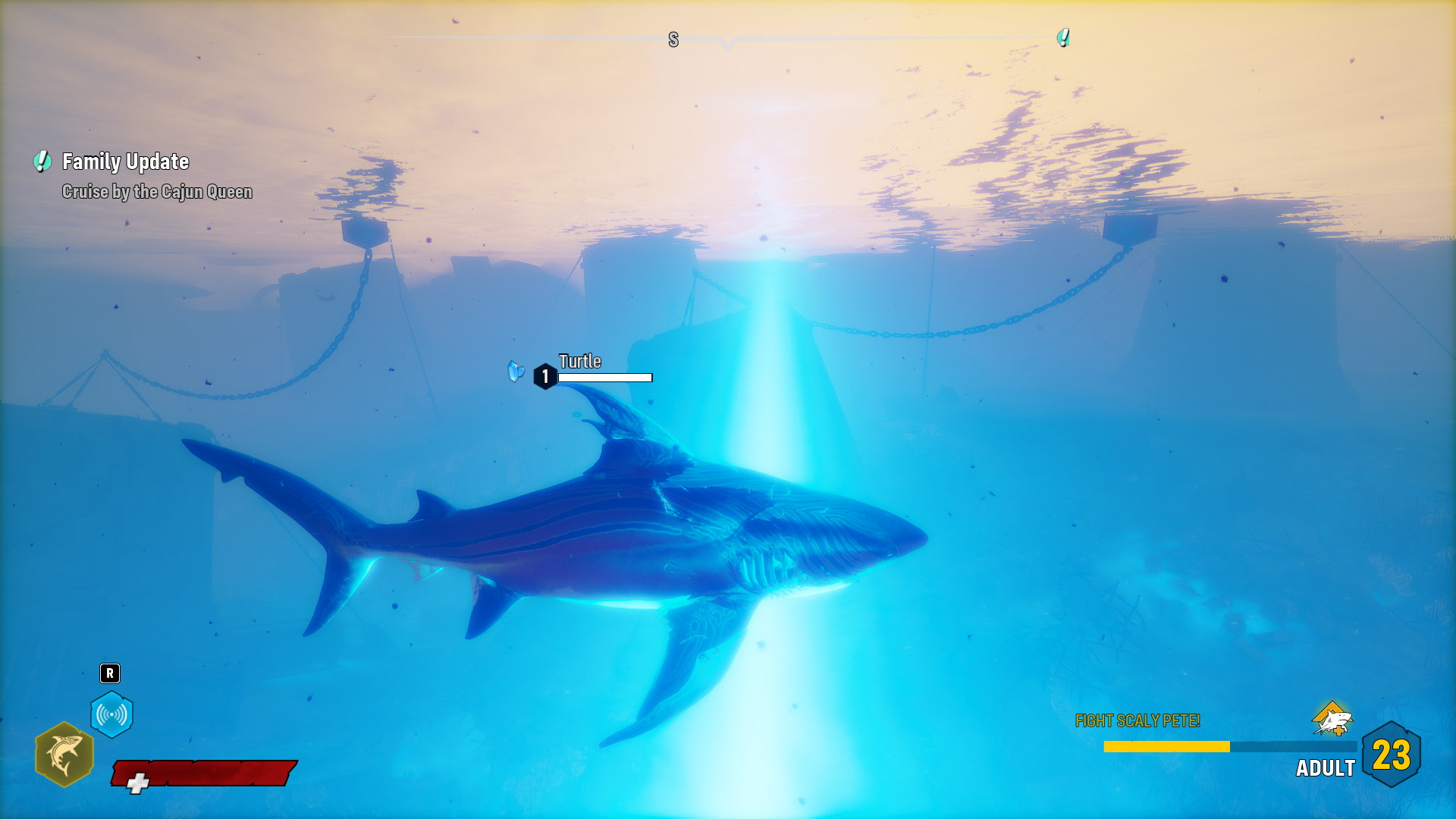 It’s not a super tough game and you can probably get through it in a week or so (I didn’t really track my time in game but I did play pretty solidly for a few days/week at least). Replayability and longevity will no doubt come down to how much of a completionist you are as there are a number of things to uncover… but the core story will give you quite a bit of fun while it runs. 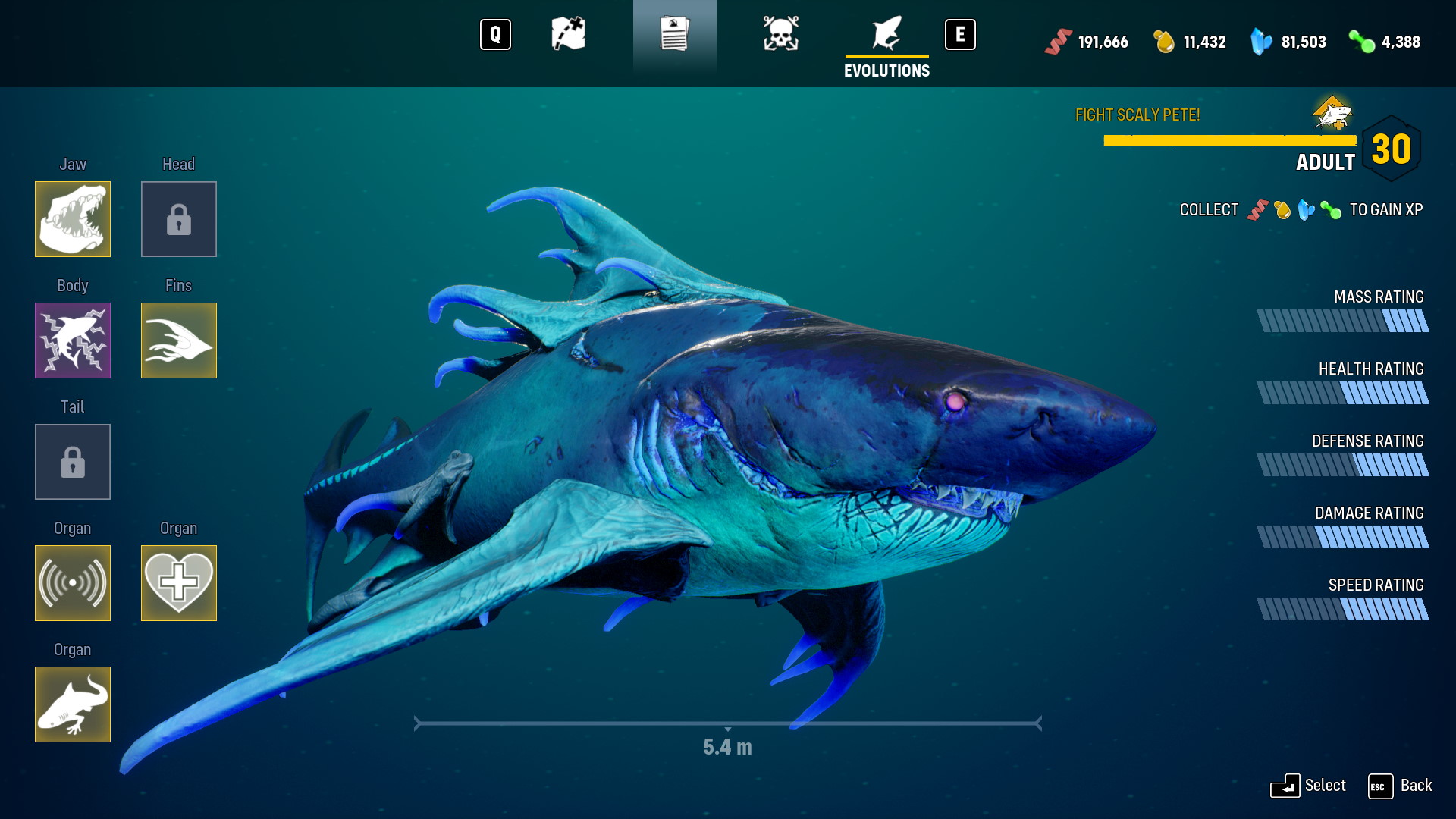 I’m not sure what the link is with Hungry Shark, if there is any official link or if it is entirely a different developer team but the general feel of the game comes across as the “grown up” version of Hungry Shark with Man Eater feeling more polished and a bit deeper in terms of actual game… but if you’ve played one you know what the other is all about. 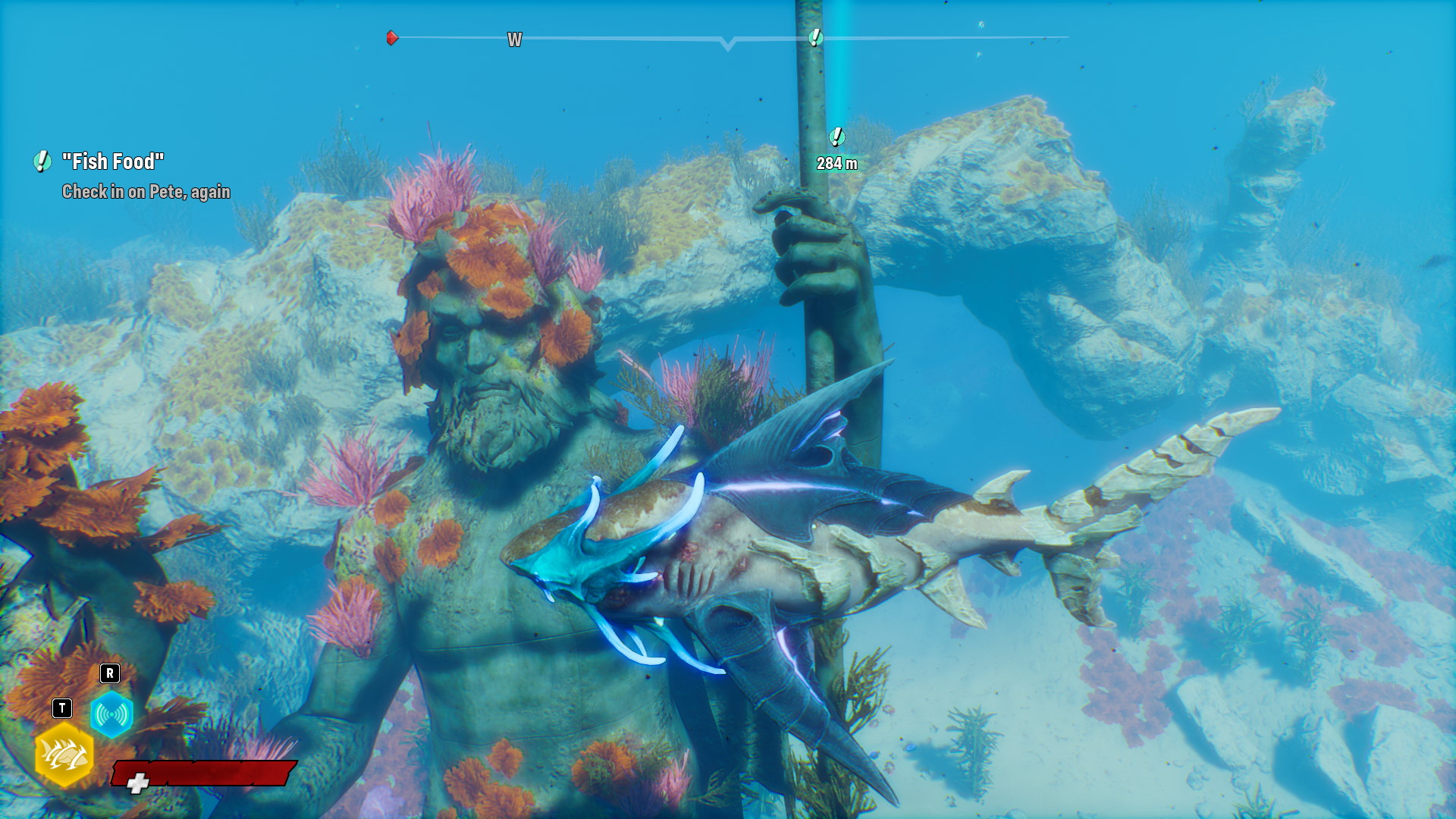 A good little distraction and a fun romp, I’d probably wait for a sale before dropping cash on it… but it is worth a play if you like a bit of tongue in cheek fun.