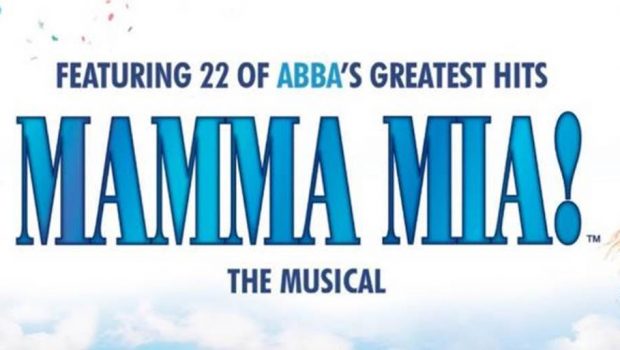 THE PARTY OF THE YEAR ARRIVES IN MELBOURNE

The global musical phenomenon, MAMMA MIA! is currently wowing audiences at Perth’s Crown Theatre where it will be playing until July 1.  Having enjoyed successful seasons in Canberra, Brisbane and Sydney, MAMMA MIA! will continue onto Melbourne and then onto the Festival Theatre at Adelaide Festival Centre from October 9th, 2018.

The timeless tracks of ABBA never fail to bring joy to audiences ensuring an uplifting, fun-filled, heartfelt night at the theatre. Critics and audiences alike have embraced  MAMMA MIA! once again.

‘One of the most successful jukebox musicals, Mamma Mia! is designed for maximum return on ABBA’s discography.’

‘Abandon your cares at the door & you’ll jump into a rollercoaster of sequins and spontaneous bursting into song…the perfect night out for young & old.’

“The sharp, knockout choreography acts like a shot of adrenaline with every routine and makes you want to get up and dance.”

Starring in this brand new Australian production as mother-of-the-bride Donna Sheridan is Natalie O’Donnell.  Natalie starred in the original Australian production of MAMMA MIA! as Sophie in 2001 seeing her come full circle now leading this new production in the role of Donna. In the role of Donna’s daughter and bride-to-be Sophie, is emerging young Australian actor Sarah Morrison. Starring as Donna’s vivacious and loyal friend Rosie is Alicia Gardiner, and in another nostalgic twist she also played alongside Natalie O’Donnell in the original Australian season of MAMMA MIA! Jayde Westaby joins the Dynamo trio in the role of much-married friend Tanya. Award winning actor Ian Stenlake stars as Sam Carmichael, one of Sophie’s unsuspecting fathers alongside Phillip Lowe playing Harry Bright with the third potential father Bill Austin played by Josef Ber. Sophie’s adoring fiancé Sky is played by Stephen Mahy.

Set on a Greek island paradise and inspired by the story-telling magic of ABBA’s timeless songs, writer Catherine Johnson’s heart-warming tale centres around a young bride-to-be. On the eve of her wedding, a daughter’s quest to discover the identity of her father brings three men from her mother’s past back to the island they last visited 20 years ago.

Over 60 million people all around the world have fallen in love with the story and the music that makes MAMMA MIA! the ultimate feel-good musical. And now, in what is a stunning new production, we want you to come join the party of a lifetime. A celebration of love, laughter and friendship, MAMMA MIA! is a fabulous night out for audiences of all ages.

A beautiful bride, a proud mother and three possible fathers. It’s a trip down the aisle you’ll remember forever!