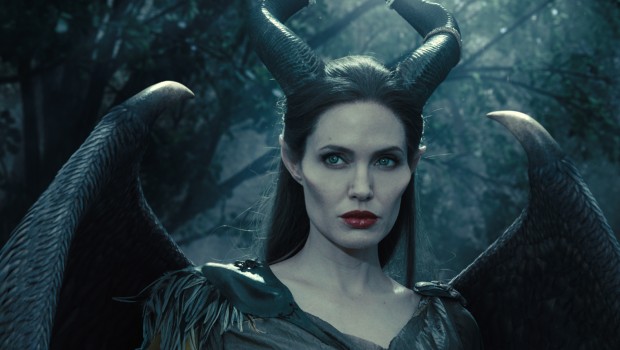 Maleficent is the unexpected tale of the infamous Disney villain. While it is not the dark or suspenseful film it could have been, it does tailor more towards the family audience to which Disney traditionally caters. The film is absolutely glorious in terms of its production design, but its true force lies with Angelina Jolie. Jolie is absolutely perfect in the title role and gives the film unsuspected depth. While the film is not particularly powerful, it is Angelina Jolie who provides all the power it needs.

When we first meet Maleficent (Angelina Jolie), she is a beautiful and adventurous fairy who lives in the moors outside the kingdom’s castle. King Henry (Kenneth Cranham) wants to take the moors by force with his army, but Maleficent forms her own army from the creatures of the moors. It is her first love that betrays her in order to win the king’s approval and the crown on his death, and Maleficent becomes cold and vengeful. When King Stefan (Sharlto Copley) becomes a father, Maleficent curses the child that she should fall into a sleep like death on her sixteenth birthday and the only way to wake her is with true love’s kiss. As the years go by, Maleficent keeps close watch on Aurora (Elle Fanning) as she grows into a beautiful girl full of life and finds that there in an unexpected bond growing between the two of them.

Maleficent could have been a much darker and more powerful film if director Robert Stromberg had wanted it to be. Disney’s Sleeping Beauty is a timeless classic and is loved by all adults and children alike. While Maleficent may not be the classic which Sleeping Beauty is, it does attempt to appeal to the wider audience in the same way that the Disney animation does. It is true that Maleficent does have the potential to be a much darker film than what it is, especially considering it is dealing with one of the most evil and terrifying Disney villains to ever grace the screen. However, if it was to be a scarier experience, then it would be neglecting it’s younger audience. Many may argue that as it is a film about a villain, it has the right to be terrifying and that the filmmakers shouldn’t hold back on this for the sake of upsetting the unsuspecting children who go to see it. However, one must remember that Maleficent is a Disney film and Disney has always been about the family film. There are some scenes in the film, particularly those featuring the fairies, which come across as very light and silly, but these are the parts which children will find entertaining. Yet then there are scenes in which Maleficent unleashes her fury which children may find frightening, so the film does balance itself out in order to reach as large an audience as it possibly can.

Although Maleficent is assumed to be a retelling of the 1959 Sleeping Beauty as told from the viewpoint of the villain, there are several differences between this film and the original. The first half of the film is true to the original story, yet the second half is where the change-up takes place. The changes work well to achieve the type of film which Maleficent strives to be and at the end of the day it is a different version of the original story of Sleeping Beauty. Maleficent is more of a fairy tale and has more fantasy elements than the original film, as it comes with a great deal more mythical creatures which all live in the moors with Maleficent. 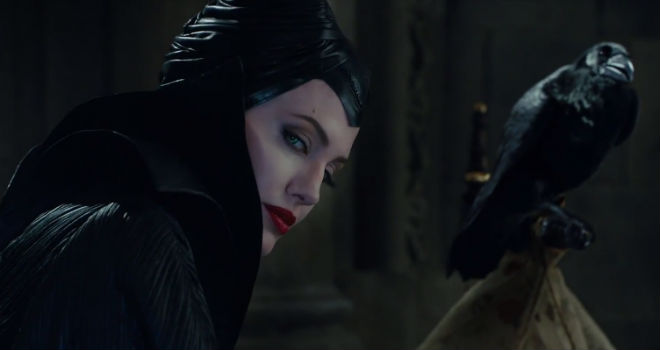 Robert Stromberg makes his directorial debut with Maleficent. His career up until now has primarily been in production design and visual effects, which shows in a huge way in this film. The production design for Maleficent is breathtaking. In particular, the construction of the moors are superb and the visual effects for the night shots are beautiful. The CGI to create the creatures of the moors and for Maleficent’s shape-shifting servant Diaval (Sam Riley) is incredibly lifelike and extremely impressive. The film is atmospheric, though not in an overpowering way. There is a great deal of beauty in the film, even when the moors are being shown as reflective of Maleficent’s dark moods.

While the film itself may not be overly powerful, it is Angelina Jolie’s performance which makes up for this. Jolie is absolutely brilliant as the misunderstood villain, as she completely embodies the character and makes her own. Jolie is perfectly cast in this film, as a lesser actor would not have been to create such an enigmatic character who can be terrifying, but also endearing. In the pivotal scene in the castle when the curse is placed on baby Aurora, Maleficent is truly very scary. Her voice and villainous laugh are nightmare inducing. Yet there is a surprising amount of depth to her character and she surprises everyone with the amount of emotion she evokes, particularly when she is faced with the sleeping Aurora. It is Jolie’s performance which truly makes the film. She is absolutely superb. 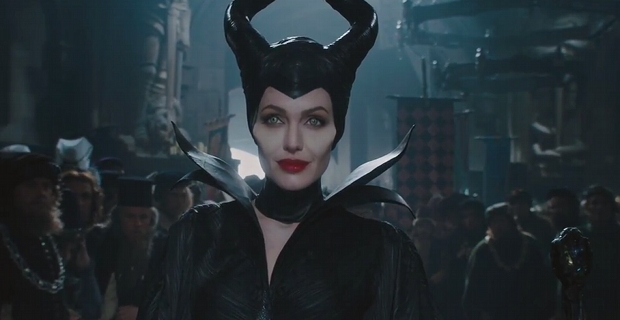 The role of Aurora doesn’t call for much, but Elle Fanning still does well as the princess. There is not a lot of substance to the role and not much of a character for Fanning to really sink her teeth into, but there is no denying she physically fits the role. The princess is supposed to be beautiful and always happy, and this comes across so naturally in Fanning. Her smile is completely genuine and lights up the screen. The scene where she meets Prince Phillip (played by Brenton Thwaites) for the first time is incredibly sweet and does not feel corny, the way it easily could have. Sharlto Copley does far better as the obsessed, angry king than he does as the quivering servant to his processor. He is far more convincing when there is a much more interesting character to play. Maleficent may be a little too easy to watch for many people, but it achieves what Disney more than often sets out to do and that is to create a film for the whole family. Angelina Jolie gives a performance unlike any other she has previously taken one, and makes Maleficent a greater film for it.

Summary: It is Jolie's performance which truly makes the film. She is absolutely superb.