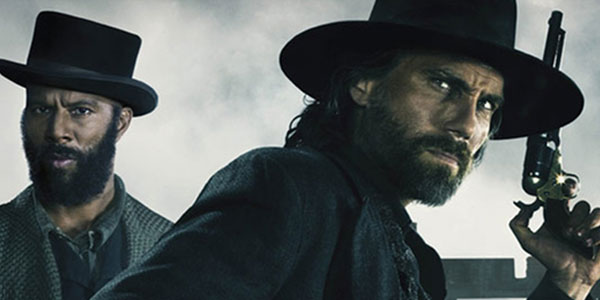 FROM THE MAKERS OF BREAKING BAD & THE WALKING DEAD

Hell On Wheels Season 3 will be out on Blu-ray and DVD 4 June and eOne would like to partner with you to give away some full season DVD packs, each at $44.95 RRP.

In the third season of the hit series, Cullen Bohannon (Anson Mount) is trying to find his way back to the man he had once been and the man Lily believed he could become again. Turning his back on the revenge-driven life that’s left him feeling numb, Cullen decides his salvation is in building the railroad. As Chief Engineer, he’ll be accountable for his actions, responsible for others and be forced to accept that everything can’t be solved with a bullet. But will his attempt to change actually kill him? To survive, he must shake off his past demons and the haunting dreams of his wife and Lily. Also starring Common (Smokin’ Aces), Colm Meaney (Law Abiding Citizen) and Robin McLeavy (The Loved Ones), season three of Hell on Wheels makes for unmissable viewing.