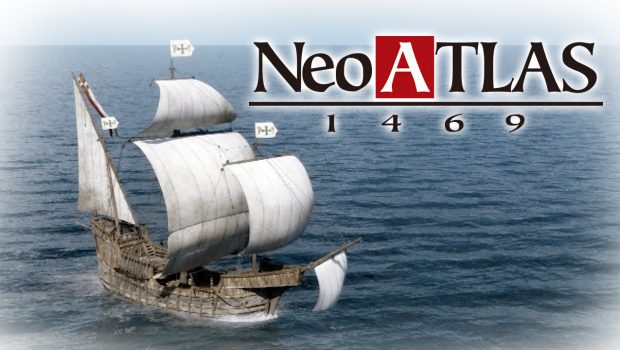 MAKE THE WORLD YOUR OWN IN NEO ATLAS 1469, PHYSICAL FOR THE FIRST TIME IN APRIL 2019

NIS America is happy to announce that Neo ATLAS 1469 will be available on Nintendo Switch™ for the first time as a physical standard edition on 19 April in Australia and New Zealand.

In Neo ATLAS 1469, the only map you need is the one YOU create! This epic tale of exploration and discovery puts you at the helm of a 15th century European trade company that’s against the ropes. Your mission is to map out undiscovered lands, discover the riches and secrets they hide, and reveal the true face of the world!

Though the task ahead of you may be daunting, you won’t embark empty-handed. Use Landmarks to pinpoint places of interest, and draw leads from Rumors to uncover regions untouched by man. You can also recruit Admirals to brave unknown lands, and determine the shape of the world around you by Approving or Disapproving their reports. Finally, establish trade routes with other nations to expand your resources and influence. You will need every tool and resource at your disposal to map out the world, and even reveal ancient secrets beyond the veil of the unknown!

Key Features:
Where We’re Going… – Send out your admirals to explore the world and report back to you what they find. Don’t like the outcome? Reject their report and shape the world to your liking!

Boundless Discovery – Recruit a myriad of noble admirals to serve as your expedition force into uncharted waters! Establish new trade routes and discover far-off lands of legend while fending off pirates…and worse!

What Lies at World’s End – Conquer the seas and find the true nature of the world’s design, derived from myth and legend! No two adventures are sure to be the same!