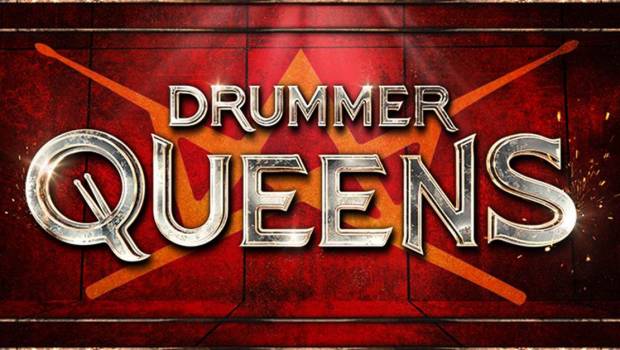 Make some noise. The Drummer Queens have arrived, live, loud & ready to rule

One brand new show that will blow your mind!

It was announced today that the new must-see original Australian theatrical experience DRUMMER QUEENS will play in Melbourne and Brisbane after its World Premiere in Sydney in 2021. Created and composed by Joe Accaria, with creative direction by Nigel Turner-Carroll and choreography by Peta Anderson, DRUMMER QUEENS will play at the Comedy Theatre, Melbourne from 27 April and the Lyric Theatre, QPAC from 11 May following the season at the Sydney Lyric Theatre.

With stunning staging and world-class percussionists, DRUMMER QUEENS delivers a live musical experience like you’ve never seen before. Audiences will be immersed in the powerfully irresistible rhythms of this remarkable all-female cast, in awe of their skill and inspired by the joy and energy of what promises to be a game-changing theatrical production.

DRUMMER QUEENS delivers a brilliant blend of movement and rhythm, with a huge variety of rhythmic styles that are irresistible and powerfully inspirational. It’s sure to leave audiences breathless.

The creator and composer of DRUMMER QUEENS, Joe Accaria, said, “Karen Carpenter was once famously asked why she plays the drums. Her answer: ‘Two words, WHY NOT’! Our heartbeat, our influencers and teachers are women. For me it was Sheila E, Cindy Blackman, Viola Schmidt, all of whom paved the way for a young man to ignore an historical anomaly. DRUMMER QUEENS aims to give a platform to women of inexorable talent and musical wisdom, all brought to the fore in a physical group dynamic that pushes the boundaries of rhythm and performance through inspirational drumming and musicianship, joyous danceable groove and awe. There are all female drumming groups in Asia, South America, Africa and beyond. WHY NOT now in Australia?”

“The first day I stepped into the studio as one of eight multifaceted female musicians I knew that DRUMMER QUEENS was something special”, said choreographer and performer Peta Anderson. “Being both a choreographer and performer in this brand new show allows me to explore and create new ways to push the level of drumming from all angles. As a woman in this female-driven show, I feel so empowered and inspired by the level of talent in DRUMMER QUEENS. and I know that the audience will feel every ounce of energy the drums and the queens will be giving to them.”

Get up close and powerful with the DRUMMER QUEENS in Sydney, Melbourne and Brisbane before they conquer the world. They are LIVE, LOUD and READY TO RULE!

Tickets on sale from 27 November, Presales from 25 November