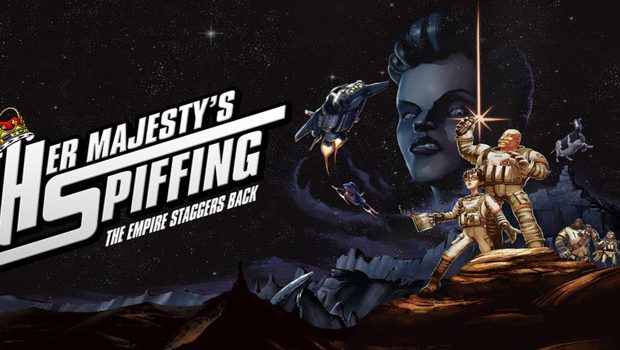 Summary: An endearingly goofy take on the Point-and-Click genre that revels in breaking the fourth wall with a stiff upper lip.

Hitchhiking on the Dwarf...

Traditional British humour in the vein of shows like Red Dwarf and the like has been noticeably under-represented in the video game medium as of late.

Sure, back in the day classic point-and-click adventures from Lucasarts and the titular Hitchhiker’s Guide to the Galaxy liberally employed comedic devices cribbed from the likes of Monty Python and, of course, the late, great Douglas Adams, but as AAA games moved towards gritty realism and po-faced narratives, that cheeky British wit fell out of favour. 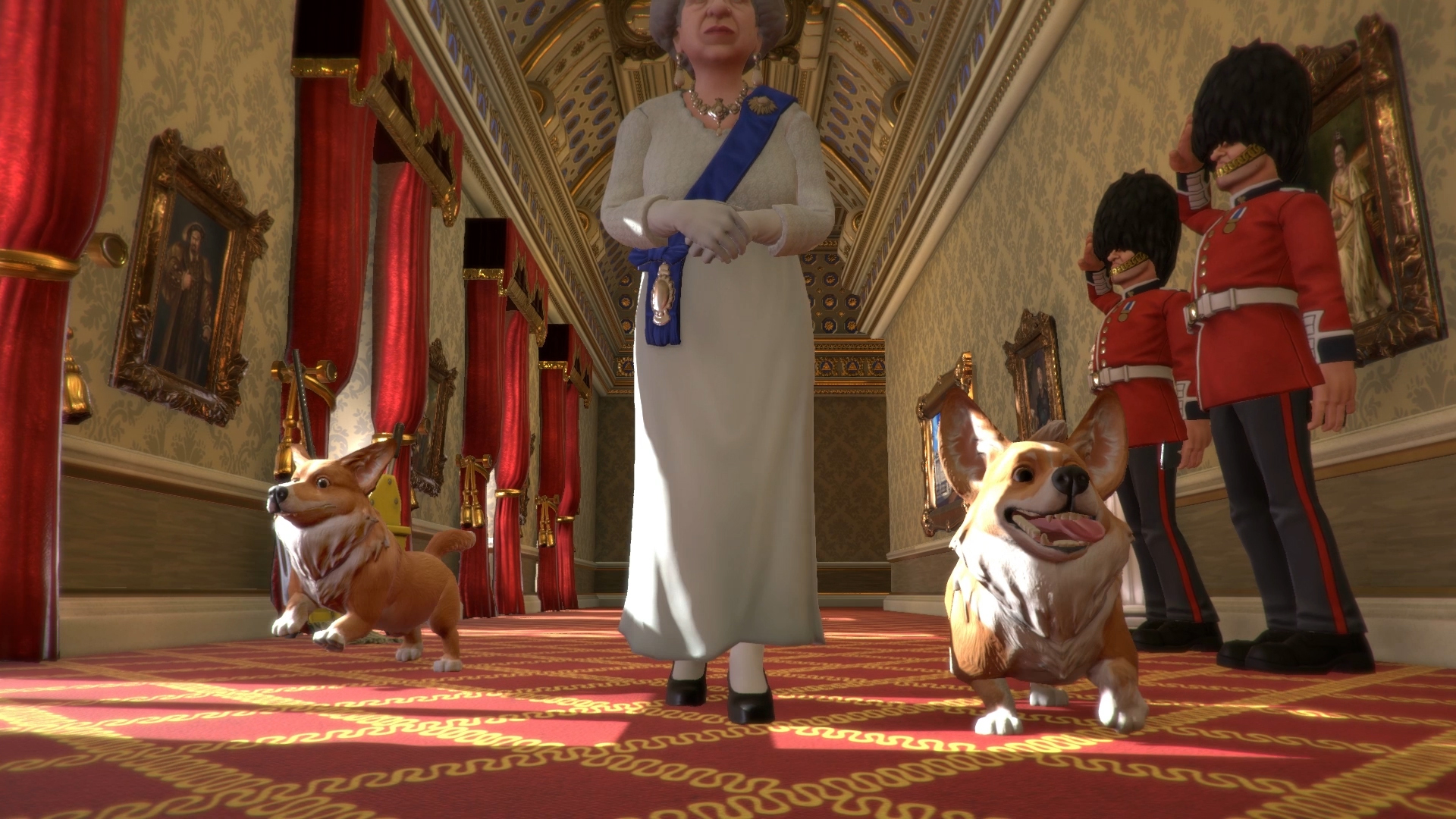 Her Majesty’s Spiffing has set out to rectify this, presenting gamers with an experience that’s more British than Queen Elizabeth riding a Corgi listening to The Beatles whilst sipping tea and nibbling on a crumpet beneath an overcast sky; Her Majesty actually serves as the catalyst for the story itself, having declared that Britain colonise the stars after gaining control as an autocracy once the nation had descended into chaos following the Brexit vote. 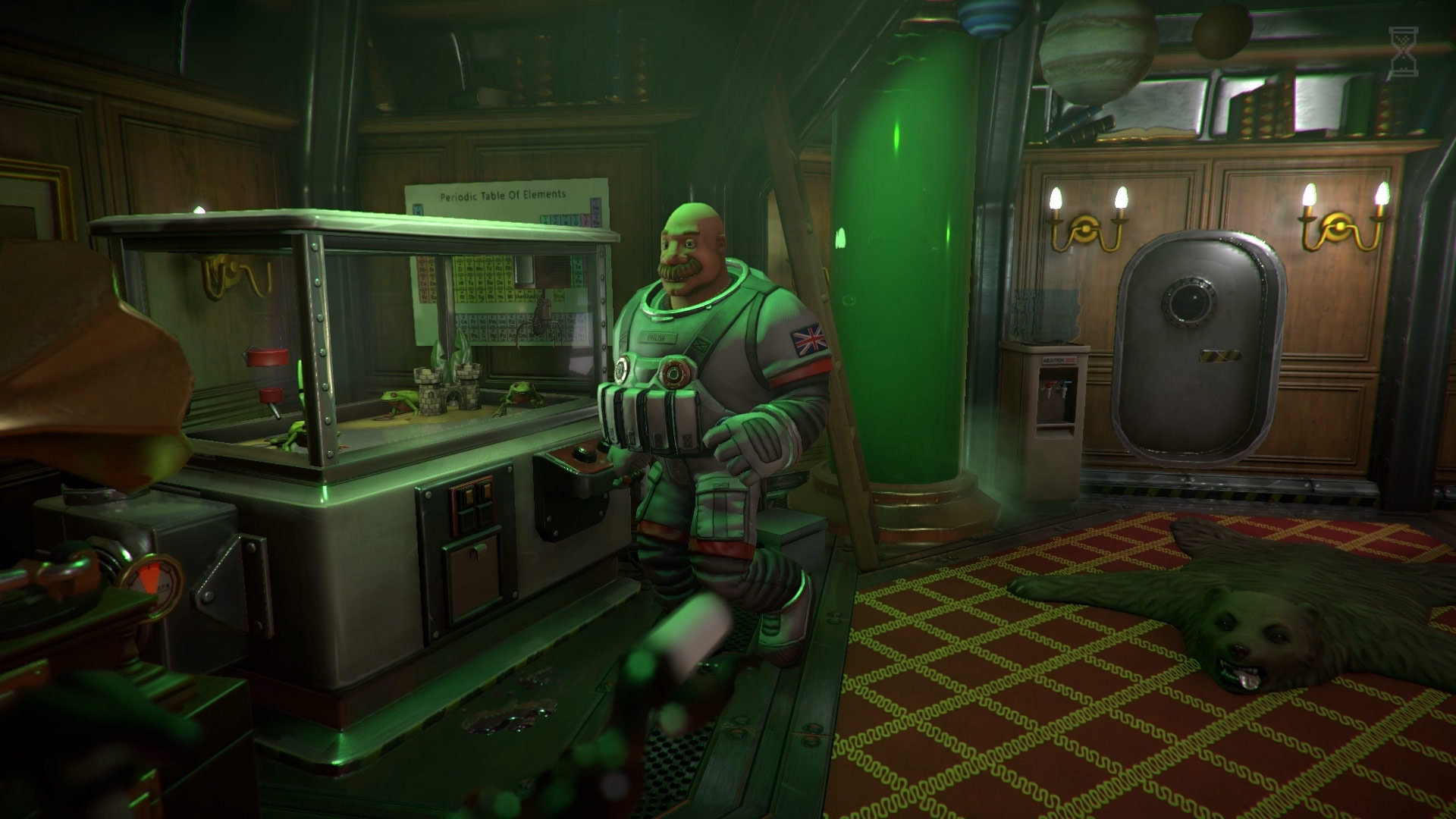 She establishes S.P.I.F.F.I.N.G (Special Planetary Investigative Force For Inhabiting New Galaxies) and sets out to conquer space in the name of Great Britannia; one of her ships, the HMSS Imperialise, is piloted by a stuffy and uptight two man crew, the overtly British Captain Frank Lee English and his Welsh sidekick Aled Jones, and it’s the former that you’ll be taking control of throughout your time with the game. 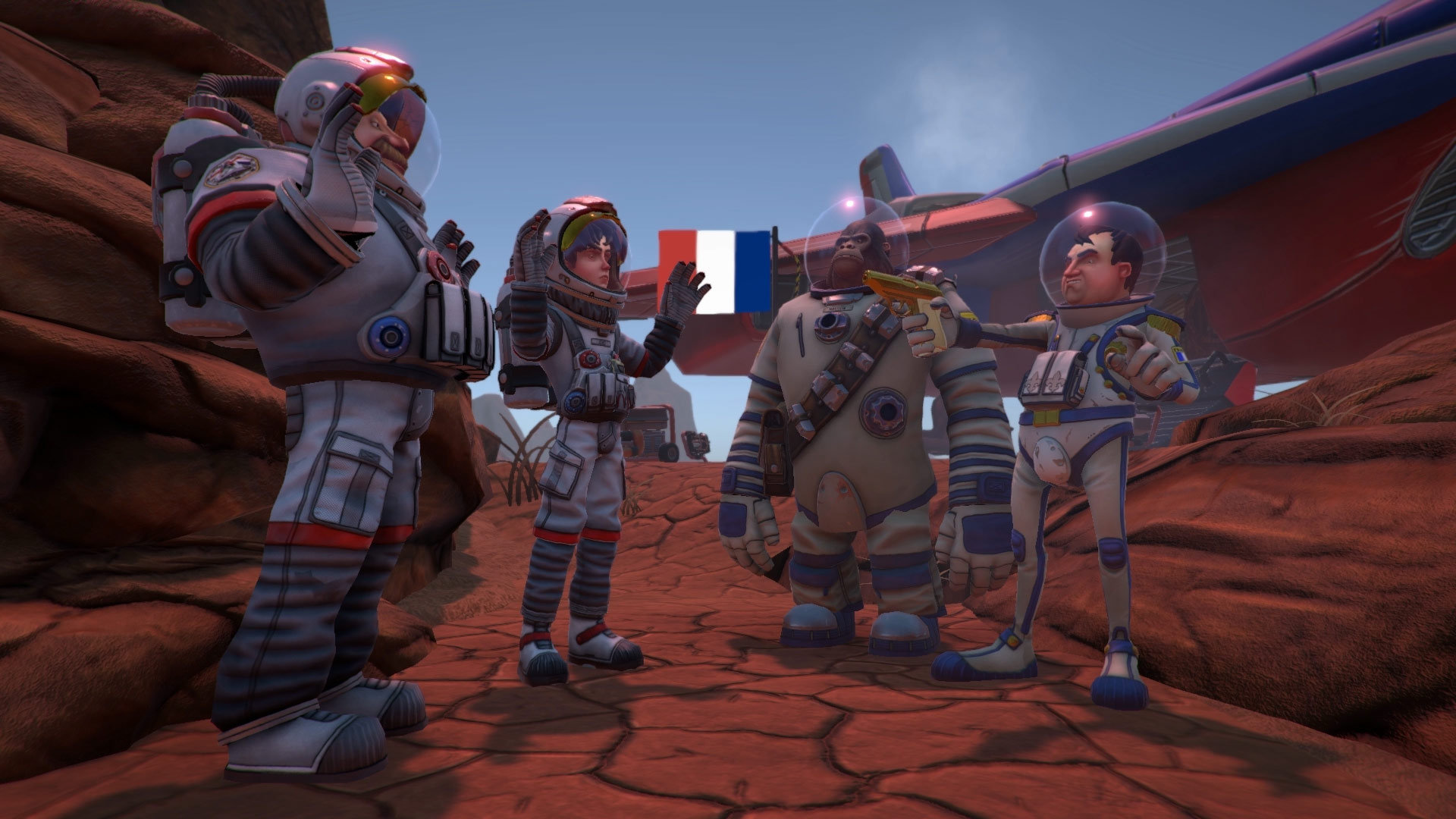 Where it does stand out is in terms of the humour and the dynamic between the characters. Aled and Frank play off of each other in the tradition of classic comedic duos and the humour is delightfully sardonic and consistently breaking the fourth wall in a manner that’s both effective for exposition as well as amusing.

The game starts off fairly slowly, tasking you with making a nice cup of tea to familiarise yourself with the controls, but you’ll soon find that what Her Majesty’s Spiffing lacks in gameplay innovations or top notch graphics it more than makes up for with the relentless barrage of comedic setpieces; one of the running jokes throughout the game pokes fun at the conventions of the genre itself and the comparably archaic puzzles and control schemes, causing undoubtedly thousands of players like myself who suffered through the eighties and nineties to nod along in quiet agreement . 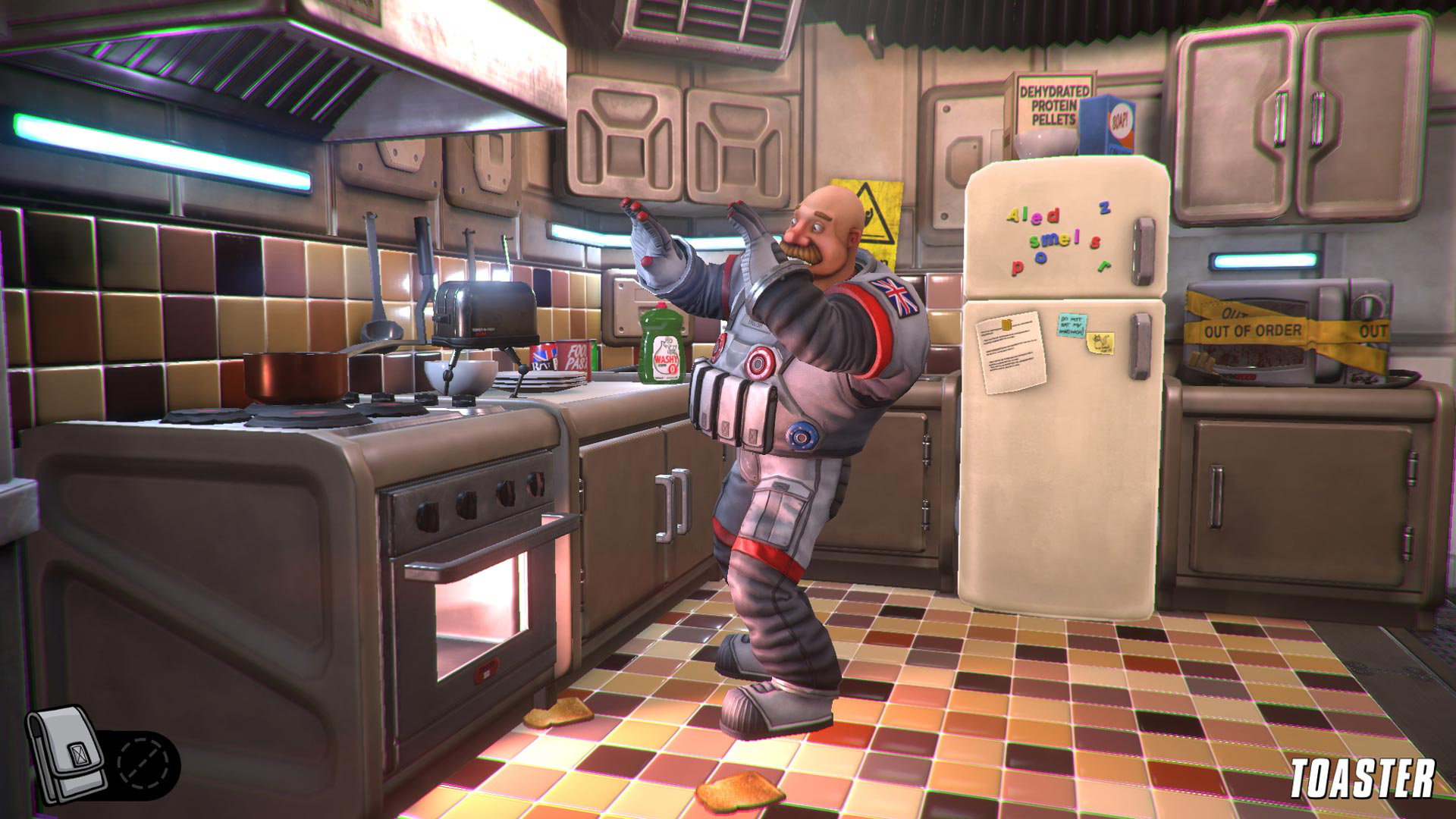 This self-awareness carries the game through its slower moments, the frequency of which is dependent upon your experience with the genre – Newcomers weaned on more recent efforts may find themselves struggling at times due to the decidedly old-school combination nature of many of the puzzles.

Probably the biggest letdown with Her Majesty’s Spiffing is that, essentially, it’s laying the groundwork for a planned trilogy of games; this means that certain plot threads are introduced but never resolved and the ending itself is slightly unsatisfying, particularly not knowing the release date of the next episode. 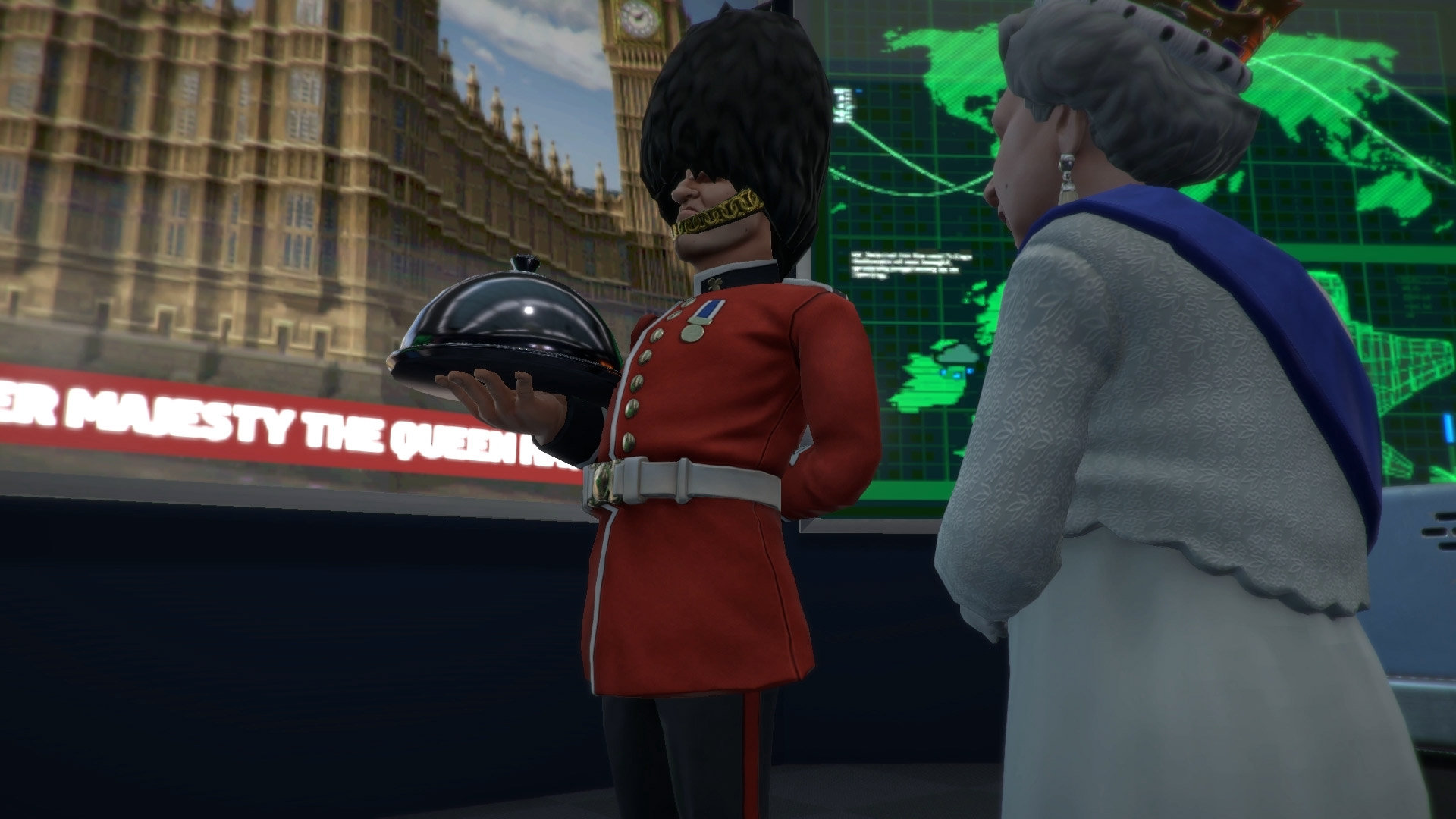 Graphically Her Majesty’s Spiffing employs a cartoonish aesthetic that is undeniably British; there are heaps of little visual nods to classic British franchises and the frame-rate remains stable throughout. The exaggerated features of the characters lends itself to the humour of the game and, unlike many of its contemporaries, the lip syncing is actually pretty dang spot on here.

The audio is exemplary, from the epic strains of the space-faring soundtrack to the spot on vocal performances; developer Billy Goat spared no expense in this department and the results speak for themselves, serving to fully immerse the player in the quirky universe of the game. 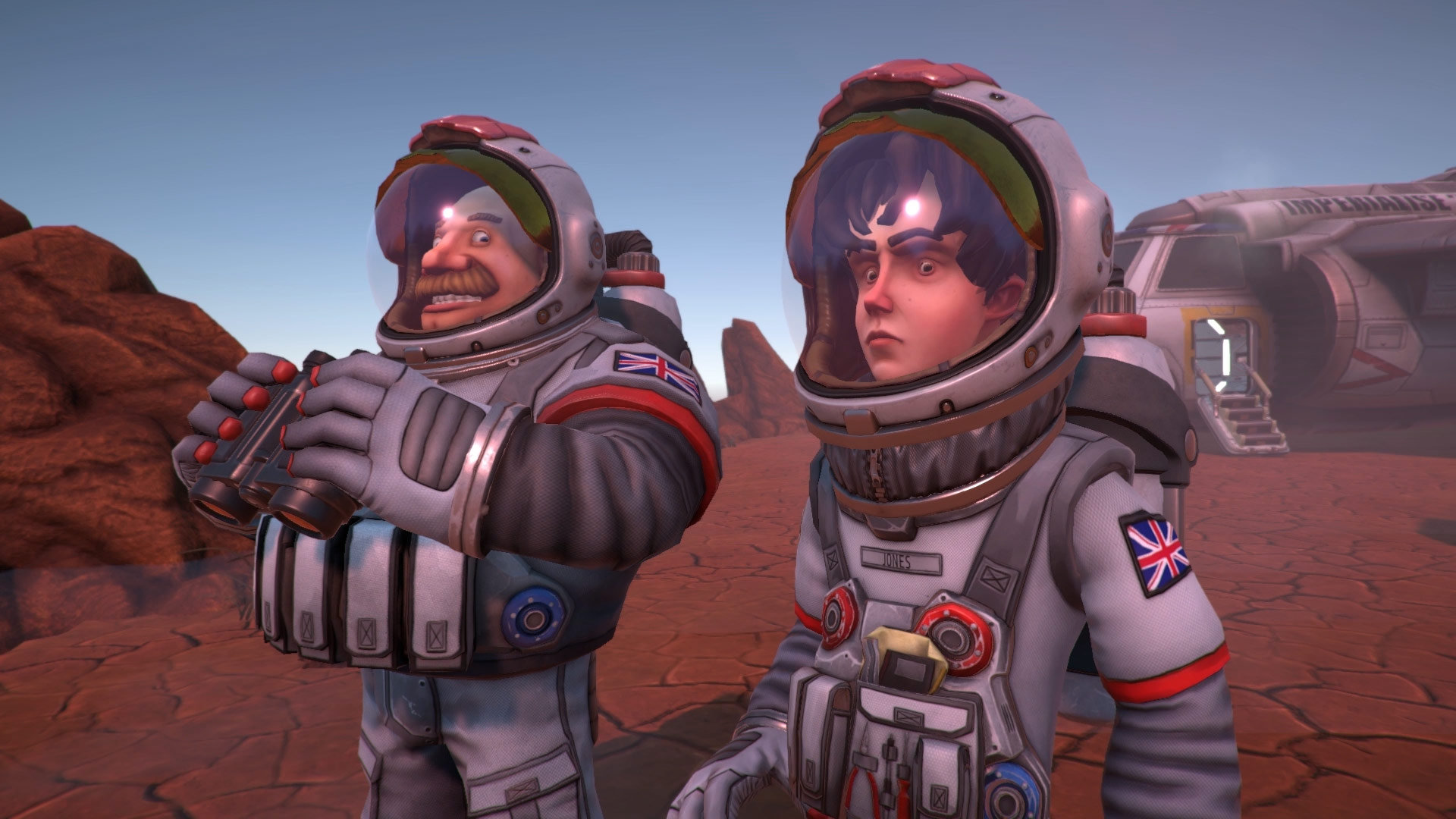 You may have noticed that I didn’t delve into too much detail regarding the plot – In titles like this, where the main draw is the narrative itself, I personally feel it’s best to come in as fresh as possible. Having played through Her Majesty’s Spiffing twice now, I’ve found that, much like a lot of Telltale’s work, the game operates under the illusion of choice rather than your decisions actually impacting meaningfully upon the narrative.

There are a few deviations here and there, and the ability to solve certain puzzles in more than one way is definitely welcomed, but eventually every playthrough will essentially play out in the same manner. 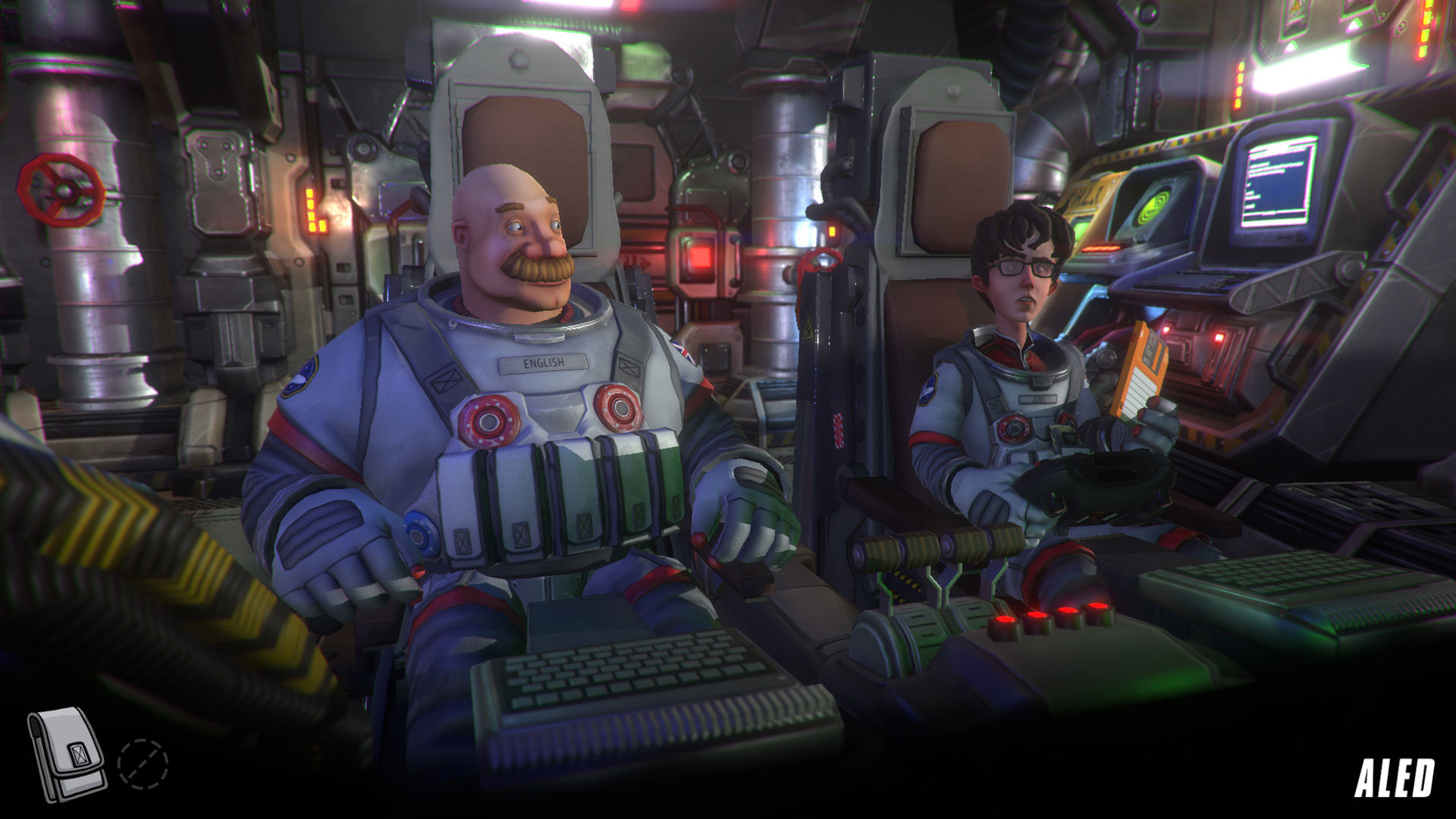 This is a foible of the genre and one that fans like myself have come to accept but still it would be nice to be able to affect the trajectory of the story on more than just a surface level.

Her Majesty’s Spiffing isn’t perfect – Some of the puzzles are fairly abstruse and the run time is a tad too short for my liking, but if you’re a fan of Point-and-Click Adventure games and have a hankering for some good old fashioned Adams-esque humour with a topical spin, then Her Majesty’s Spiffing should easily fill that strangely specific void you have in your life. 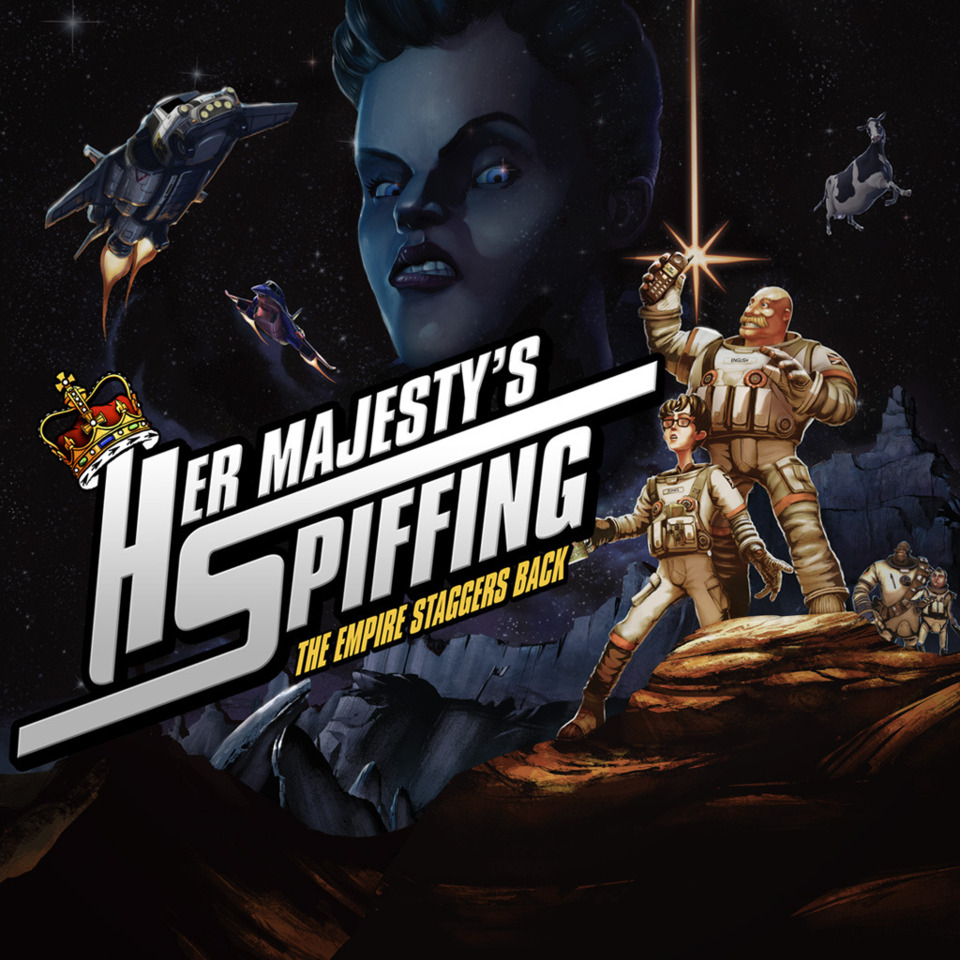