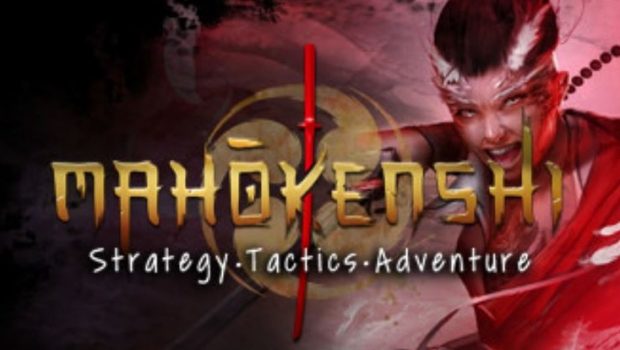 Summary: A beautiful, stylized world that really hits on the mythology and hooks you in.

Mahokenshi is a graphicly eye-catching turn-based deckbuilding strategy game. Looking like it drew inspiration from games Like Magic The Gathering and Total War, Mahokenshi as a game, thrusts ahead and boldly mixes some of the best elements of these styles of gaming without becoming overwhelming, or better yet underwhelming. Yea underwhelming does not even come into play with this epic looking game. Who knew you could say that about a strategy deck building game?

Mahokenshi is a blast of sneaky keep you interested (More like addicted) gaming. The game looks absolutely beautiful.  You can tell a lot was put into the design elements such as the art and animations for the card elements and the depiction of the lands. The setting just comes alive and is hard to walk away from once you start playing. 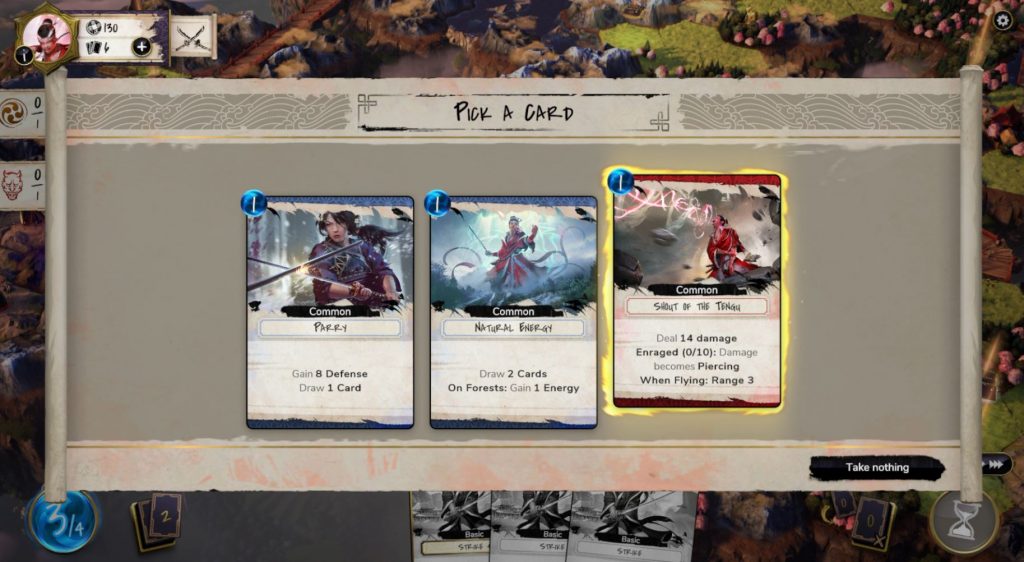 Offering an enjoyable mix of sword and sorcery with the supernatural legends and myths of Japan, with enough writing and creative license to put surprising spins on it all.

Deck building adventure gaming? Yes, I’ll have a helping of that please.

It was a natural evolution that collectable style strategy card games would seep into computer games. The first modern trading card game, Magic: The Gathering, was published on 5 August 1993. Created by Professor Richard Garfield and published by Wizards of the Coast, Inc. Magic: The Gathering can be said to be the father of most strategy style card games as we know them today.

Inspiring so many creations from other companies, including electronic gaming.

In Mahokenshi players explore the Celestial Islands, Mystical lands full of beauty and wonder. Also, danger thanks to the forces of darkness that have risen up to wreak havoc. Building different card decks for each of them to enhance their abilities to survive the battles ahead.

In Mahokenshi you play as one of four Samurai mage households. While you cannot change character on the fly in the middle of a mission, you can replay missions with any of the unlocked characters in order to get experience and level them up to become more powerful. 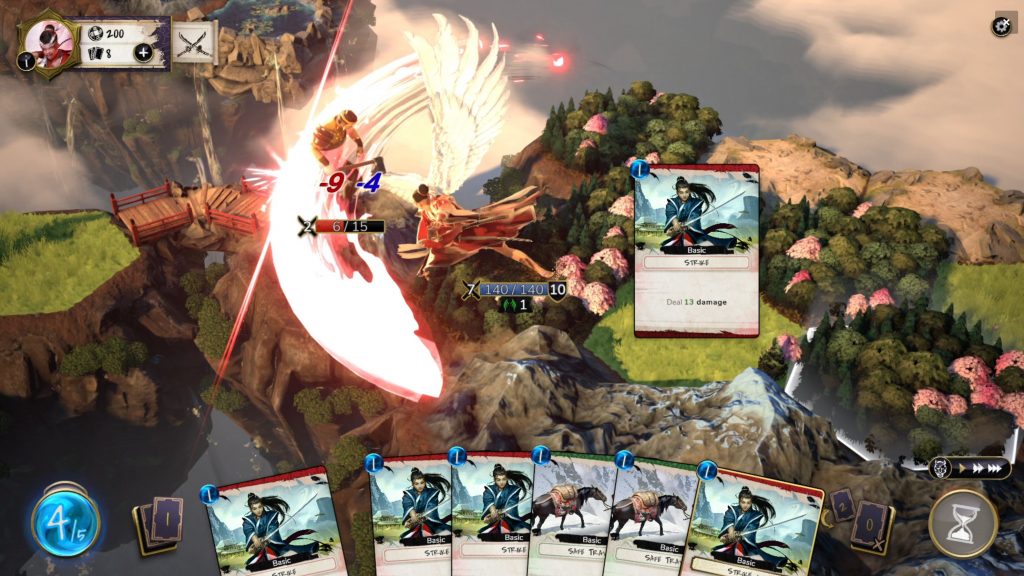 The four households represented are all interesting characters with eye catching design and interesting descriptions about them.

The House of Ruby is represented by Ayaka. Her whole thing is attack above all else.

The House of Sapphire is represented by Kaito. Out of all of the character designs Kaito looks like the stereo typical Samurai armor and all that most are used to seeing represented. This character may be considered the Tank of the game since the description goes on about his heavy armor that he rarely takes off.

House of Jade is represented by Sota. In his green attire he looks more like a Ninja but with high end fashion sense and more colorful outfits. Rather than head on, this character is a bit sneaky and uses poisons and traps in their arsenal.

House of Topaz is represented by Misaki. Who looks like a mix of barbarian and a furry cosplayer. Don’t get me wrong, she looks pretty awesome, all the way to the tips of her cat like ears. She is a very powerful spell caster.

All the game play happens in a top-down style of gaming board. With characters and enemy able to move a certain number of hexes per game turn depending on the amount of energy they have.

There are story missions and side missions and quests that give rewards. There are tiles that once reached there is an option to get a new card to add to your growing deck.

There is also little towns that have card vendors that give you a chance to purchase new cards with the money that is accumulated during play.

Some missions are pretty straight forward. Close the pits on the board before more enemy is spawned out of them. Other missions (Of which there are side missions as well) are also timed in some way.

Timed as in, you have to get the main missions goals accomplished in a certain number of turns. Now especially with those kinds of missions, deciding your moves and battles are even more paramount.

This choice in the game design could have really hurt the game. Instead, it gives the player incentive to really make more sound strategic choices in order to reach the goals of a game mission. 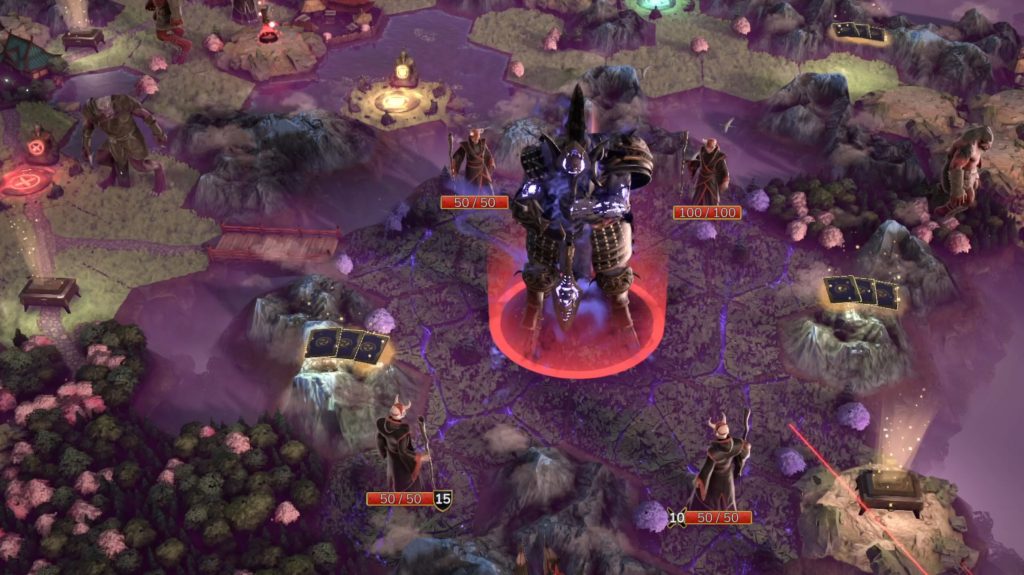 Charging in without really taking the time to look at the board and where to move to accomplice the mission before the turns run out…is a sure way to find it a failed mission all together.

Thankfully not all missions or number of turns sensitive. There are missions where you do get to explore and cover all the maps as you see fit. Grabbing up extra money or cards to add to the deck.

Now the main things about Mahokenshi that seems to reward the player rather than punishing them…is even in failing a mission, the player still gains something. Yea, it is a failed mission, but you still get experience in order to move towards leveling up the character you used in the mission.

As you build your deck as a player, and you get opportunities to buy new cards from village venders or choose a card on one of the hexes. Really read the card and know what you’re getting and how to play it.

Daisey chaining a winning combo of cards during a turn is also a sure way to victory.

Be warned, some cards once played cannot be un-played. I say this because there are some cards that in order to play them, you have to discard other cards from your hand.

Once you play a card like that there is no turning back. Before I really started paying attention, I lost my fair share of extremely useful cards.

Cards that require a card or more to discard requires some thought, I myself ended up sacrificing movement cards when I had them in my hand to play. That worked best for me.

Basic attack cards are good for the low-level enemy. For the higher-level enemies make sure that when you get the chance, upgrade you best cards.

Using different buffs against higher level enemy is a must. Anything to add to your defense.

While there are plenty of interesting and bombastically bad ass cards in the game, I’m hooked and want more.

It would be nice if there are more cards and adventures planned to add on to the game, no word on that as of yet. For now, the awesome game that is Mahokenshi looks to be a stand-alone game.

Also, the timed type of missions. While I understand these place some urgency in some missions, there are some extra surprises during play in some areas you won’t get to reach. Extra goals and chances to learn more of events going on around the map. Little nuggets of story and things going on. Timed missions really do not give you enough…ahem…time, to explore or snatch up everything you can. While not a huge degrade on the game, I can see how this can be an annoyance to some gamers. Even if I win in the mission, I walk away wondering what I may have missed on the map that could have been cool to learn about.

Mahokenshi is well worth the time to check out and play. It has a lot going for it and is well put together with its atmospheric design and it’s simple and direct menus.