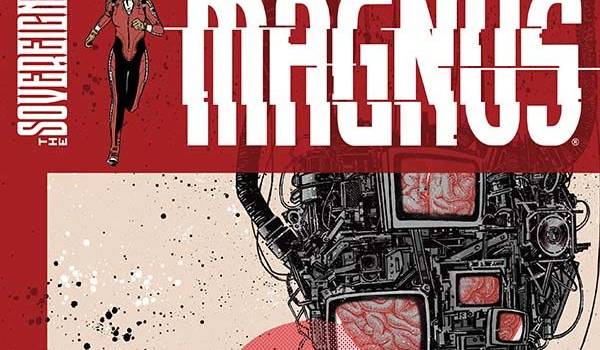 Summary: What if humans were the ones in the wrong in The Matrix? Magnus between worlds explores the notion that humans are the oppressors.

Artificial Intelligence has been achieved, robots can think for themselves, but they haven’t risen and overthrown humans rather they have become colleagues and servants who earn vacation time that they spend in a boundless digital world run on human maintained server farms. But this symbiosis doesn’t sit well with all A.I. and trouble is brewing. This is where Magnus fits in the world, a human psychologist who is able to go between the human and A.I. world, she is tasked with bringing the dissenting A.I. back inline. 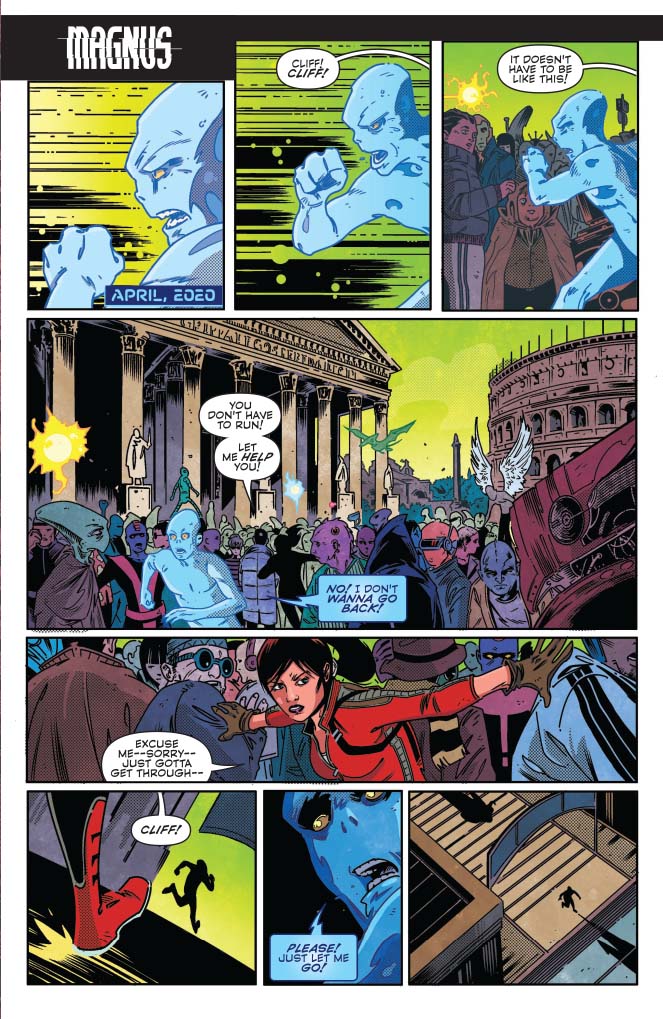 I love a story that contains depth… something that works in the world of the comic but is also applicable to our own reality, thrown in some social issues and it can be very compelling. The question of what emergent A.I. will mean for humans is a long debated one and Magnus Between World dives right into that. The short hand for what the story covers is essentially to imagine the movie The Matrix but this time the humans are the ones keeping the A.I. in check and essentially treating them like slaves (or indentured servants). Magnus is the link between those two worlds and as we learn she has a long history with the A.I. world and it’s inhabitants. It’s not hard to see the parallels with our own world and oppressed people’s but the fact the comics uses A.I. allows us to have a bit of distance between the concepts and hopefully to think about it more without being so confrontational. 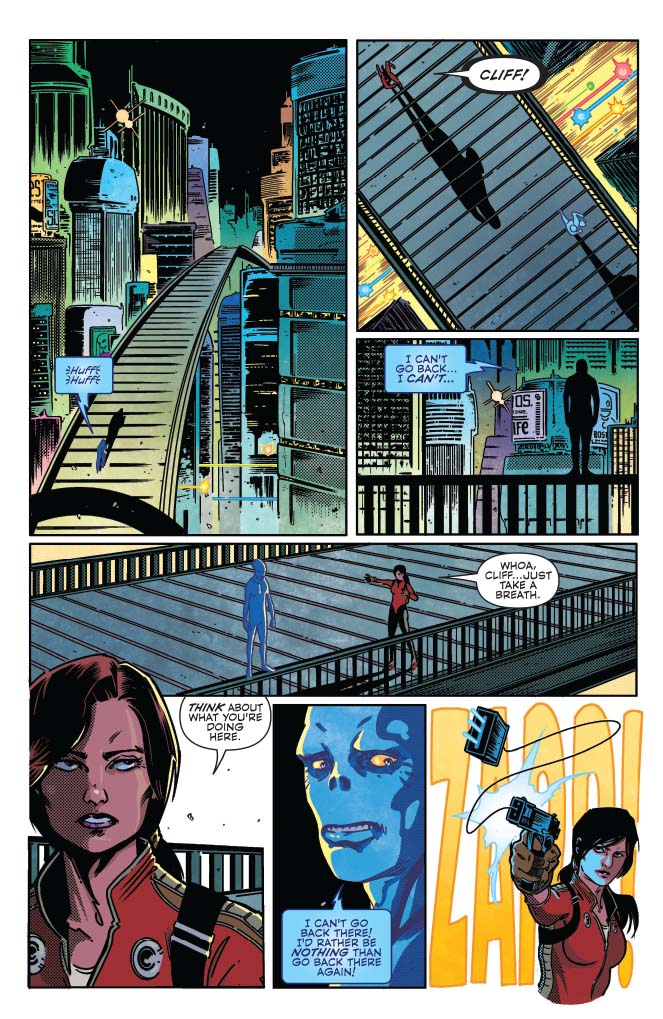 The colour palette is minimal and intentionally or not reminds me of the old days of EGA graphics (or at a pinch maybe VGA), this of course works very well for a story that crosses and blurs the line between a human reality and a computer/A.I. reality. There are lovely images of future tech, robots and a world that is familiar in may ways but different as well. It takes me back to my days reading the odd single issue science fiction comics with their amazing artwork and designs. 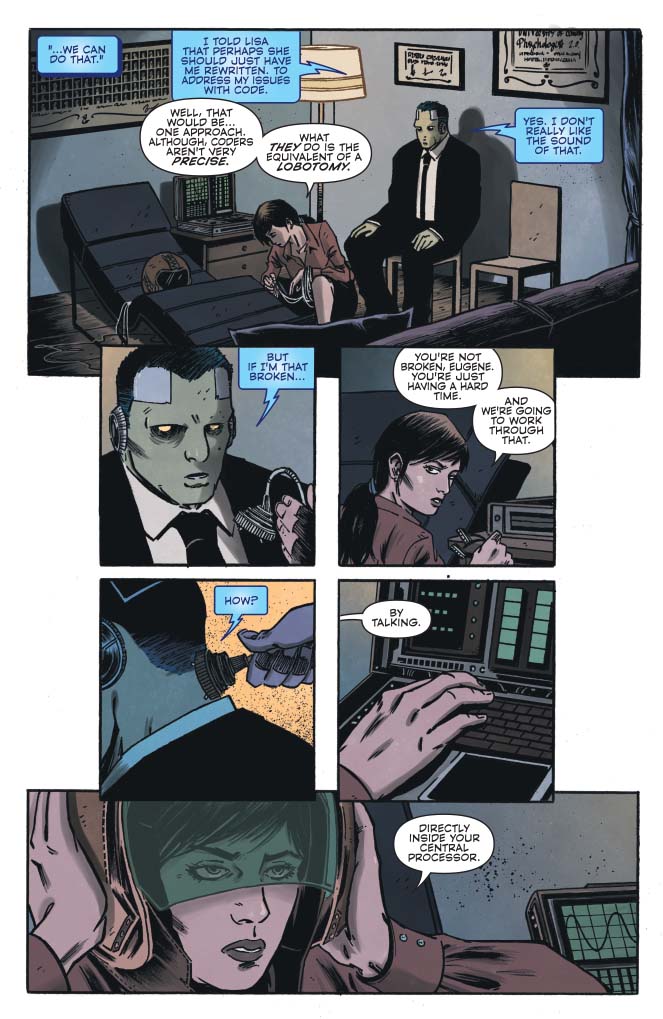 I’m a fan of science fiction and philosophy and it’s not uncommon for those two things to cross over. When the two cross over in a way that can make us really think about ideologies they can be a very potent pairing. Magnus Between Worlds joins those two worlds just as well as Magnus joins the two worlds in the story. Taking the commonly covered notion that A.I. will become so powerful and aware that they will move to overthrow us and turning it on it’s head is both refreshing and arguably no less valid a possible outcome of the development of A.I. we are left with the question of if/when we develop A.I. what are our obligations to it? Certainly worth reading if you want a bit of sci-fi with a twist of philosophy. 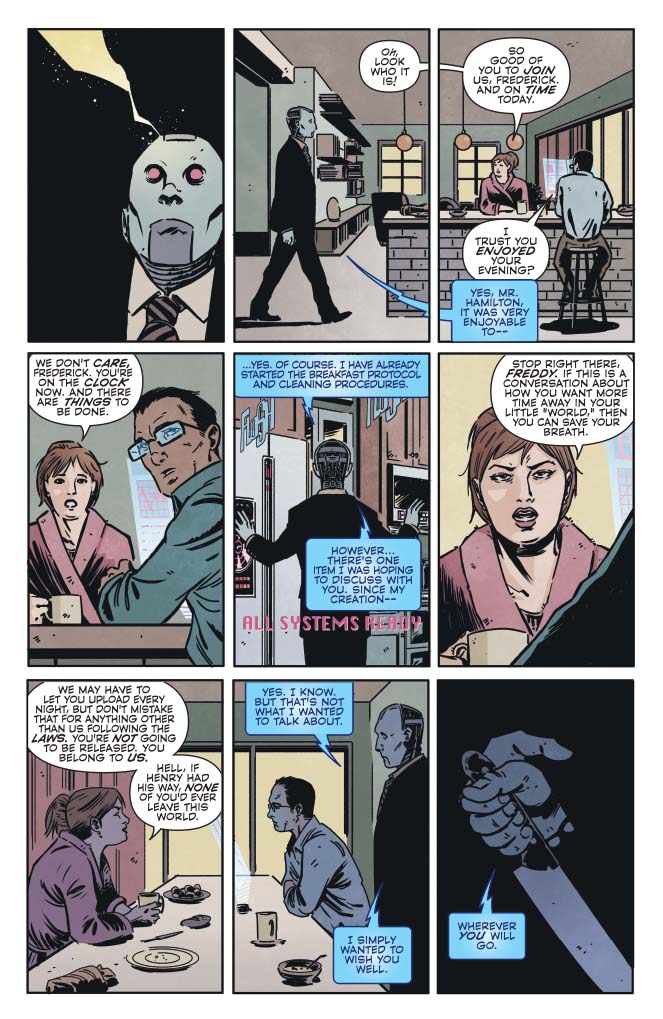