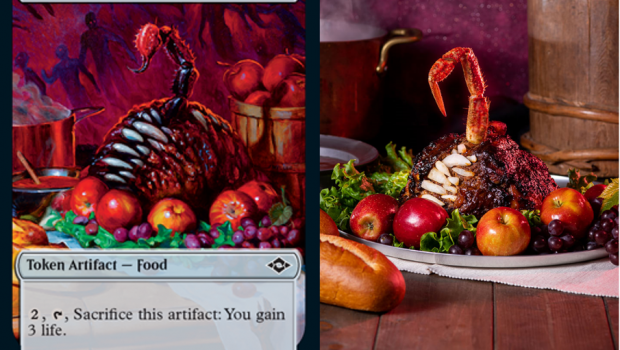 To celebrate the launch of its latest card set Modern Horizons 2, Wizards has created a recipe based on one of the set’s legendary cards in a devilish roast.

Chef’s Surprise – A Recipe From The Underworld Cookbook is a recreation of a “Food” Token card, which was made popular by legendary card and famous magical character named Asmoranomardicadaistinaculdacar (Asmor for short). The character appeared in previous MTG lore in 1993, and made an impression due to its overly long name.

Asmor is famous in the MTG world as the author of “The Underworld Cookbook”, and was offered a deal by a Lord of the Pit that she had summoned: to prepare food for the demon for seven years or be a meal for the demon. More information is available here.