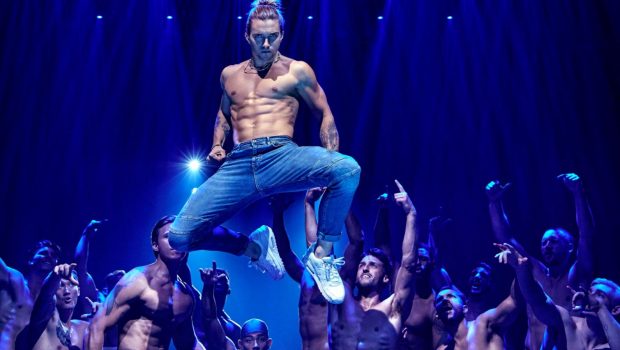 The US producers and Australian management team of Magic Mike Live have made the extremely difficult decision to cancel the remainder of the Australian tour. The decision to close the tour was made due to the impact of the ongoing COVID-19 restrictions imposed by the Victorian Government and the lack of certainty surrounding the tour’s ability to perform any of its announced dates. The team is committed to returning to Australia in the future and the producing team is working to provide the cast and crew with employment opportunities on other Magic Mike Live productions around the world.

Magic Mike Live has been forced to suspend performances on four different occasions by government-imposed lockdowns since it debuted in Sydney to rave reviews in December of 2020. Lockdowns forced the cancellation of opening nights in Sydney and Melbourne and government restrictions required most performance dates to be played at severely limited capacity. The most recent lockdown has been the longest yet and there is no clear roadmap for the resumption of live events.

“Everyone at Magic Mike Live is heartbroken to have to make this decision but we were left with no choice,” said Executive Producer Vincent Marini. “The producers have provided millions of dollars in funding to support the production during the various closures to preserve the tour for our amazing Australian fans. In every other market, we have been able to reopen the shows because of close partnerships between the producers, the management teams, and the various local and national governments. While the producers provided more funding and support to the Australian production than any other production in the world, we were forced to go it alone in Australia despite enduring four lockdowns and millions of dollars in refunds and cancellations. There is no way for us to sustain a show when we are not permitted to perform.”

“Our performers, crew, management team and local industry partners in Australia have constantly amazed us with their talent, dedication, and resiliency. Their hard work combined with the truly heart-warming reception we received from audiences in Sydney and Melbourne, make us hopeful that we can someday return to Australia and finish what we started,” he added.

Magic Mike Live is currently playing to sold-out audiences in London’s West End. The Las Vegas and Berlin productions are reopening on August 27 and September 9 respectively and the Magic Mike Live team is currently shooting a new unscripted series with HBO Max titled “Finding Magic Mike” which premieres in December. All the productions around the world have industry leading, COVID-19-safe performance environments and are more dedicated than ever to providing patrons with a one-of-a-kind, joyous entertainment experience.

The Australian cancellations include the remainder of the Melbourne season, plus the Brisbane, Perth and Adelaide seasons which were scheduled to open in November 2021 and mid / late 2022 respectively. The producing team is simply not comfortable selling tickets to performances it may never be allowed to play.

Guests with tickets for the remainder of the Australian tour will receive full refunds and the Magic Mike Live team ask them to please watch their emails (including junk/spam) for updates from Ticketmaster.