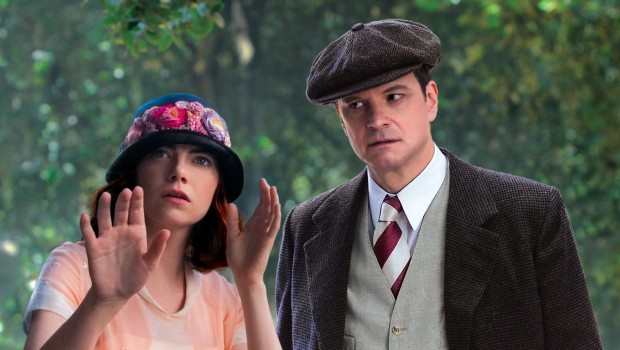 Magic in the Moonlight – Film Review

Magic in the Moonlight has the tiredness of hearing someone tell the same joke consecutive times. It isn’t a necessary film in any way but a continuation of Woody Allen’s bid to make a film every year as he has done for the past thirty-two years. As the old fashioned credits open the film it becomes apparent that he is content with withstanding an artistic complacency that isn’t strengthening his talents as either a writer or a director but underlining his inconsistency, which might be the only talking point of this safe and very forgettable film. The technical elements highlight the lack of imagination. Although shot on location in France and having scenes bathed in sunlight, the actors like Colin Firth and Emma Stone are never allowed to explore them. They’re forced to stand stationary, sometimes with hands in pockets, as the camera fixates on them with almost no mobility of its own. On top of how static the actors are, the same two notes of music are pasted hazily over scenes as the only signpost of directional input. The pacing is also lumbering, although this is mainly due to the overstretched storyline.

At times Allen’s lightweight script shows as little attention to detail as his direction. Set in France, the story is about Stanley (Firth), a pompous 1920s magician who is asked by his friend Howard (Simon McBurney) to go to the Cote d’Azur mansion to investigate Sophie Baker (Stone), who he believes is swindling a family by pretending to be a clairvoyant who can contact the dead. Sophie and her mother (Marcia Gay Harden) plan on assisting Grace (Jacki Weaver) to contact her late husband. Sophie is also courted by Grace’s son Brice (Hamish Linklater), who wants to buy her everything and marry her, which adds to Stanley’s skepticism. The central question of whether Sophie is a fraud or not is passable for a while but fades as the film switches to the dull, impending romance between Stanley and Sophie. The relationship doesn’t make a lick of sense because Stanley is like a cartoon of pomposity and arrogance and generally rude to Sophie. Their courtship relies on walks around the gardens, sitting on the rocks by the sea and escaping from a thunderstorm. It has the same light pleasant air as Vicky Cristina Barcelona, another of Allen’s Euro films, but like that feature there isn’t the faintest trace of dramatic tension. 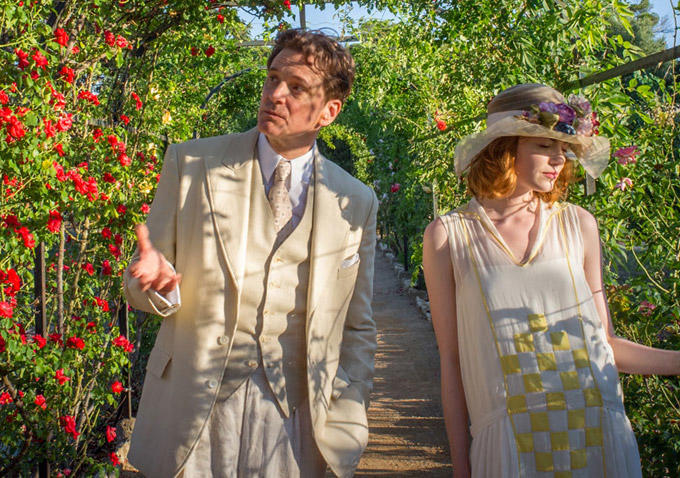 The way certain plot points and character moments unfold is also lazy, particularly how Stanley’s attitude to Sophie changes on a whim and then back again. Largely, the film is an excuse to rerun Allen’s favourite themes, gags and archetypes that have overstayed their course: the pessimistic sceptic who finds joy in his life, broad caricatures representing young shallow consumerism, and references to Nietzsche. It is a greatest hits compilation of things that were much funnier in the past. The spirituality elements, questioning whether there is life after death, is a stale theme for Allen and one that confirms how much he has longed to become like his hero Ingmar Bergman, the Swedish filmmaker. Interestingly, there is a Bergman film that I haven’t seen yet called The Magician (1958), which is about a troupe and supernatural acts being investigated as being fraudulent. 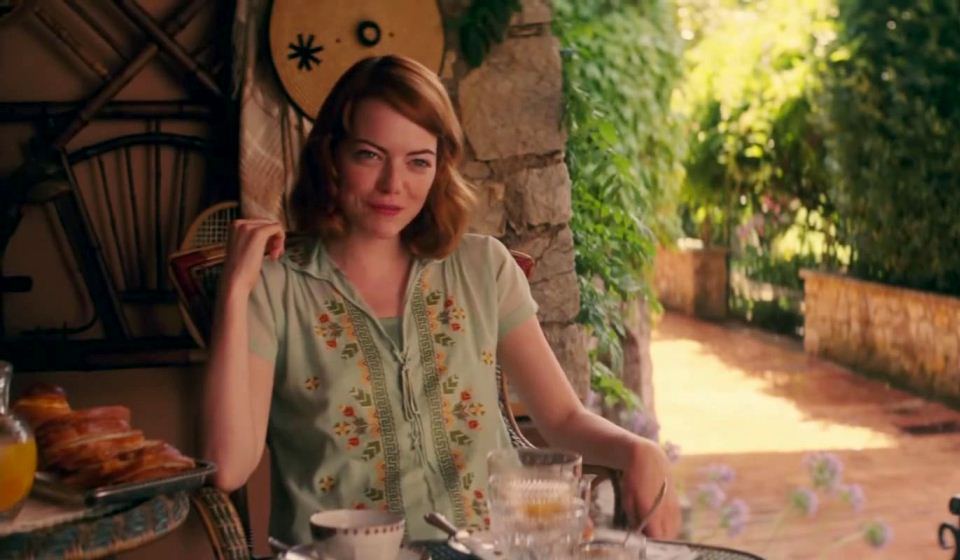 As a romance Magic isn’t well calculated. Aged twenty-eight years apart, Firth and Stone look more like father and daughter together than a couple, which accounts for why almost any physical contact is kept till the very end. The casting is problematic because Firth has so rarely played characters this mean-spirited before and despite a few funny lines hitting the mark his performance seems self-conscious because of the obvious characterisation as the arrogant and judgmental Stanley. Stone is the more naturally comedic of the two, which makes it hard to understand why she isn’t given more straight-up comedy and jokes to work with, which would help increase the film’s languishing energy. The few moments where Stone allows us to see how Stanley’s cruel remarks are hurting her are the only sign of nuance between the actors. Meanwhile, the seasoned performers hardly register in the proceedings with Jacki Weaver and Marcia Gay Harden’s roles reduced to a handful of short scenes. The predictable motions these actors are put through recalls a line in the film about the dangers of a magician repeating his acts. It is difficult not to scoff at this knowing someone as gifted as Allen isn’t providing us with anything more than the same laboured card tricks.

Summary: It isn't a necessary film in any way but a continuation of Woody Allen's bid to make a film every year as he has done for the past thirty-two years.