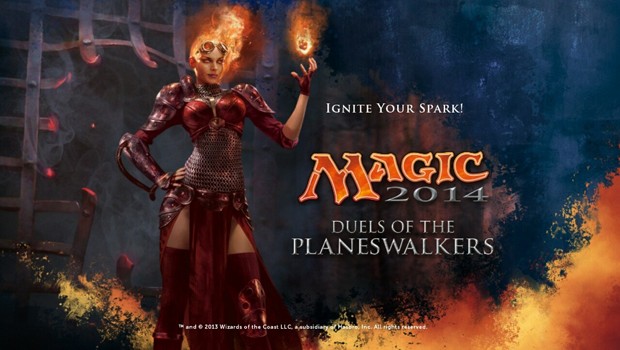 Magic 2015 Duels of the Planeswalkers Review

Summary: Magic 2015 Duels of the Planeswalkers fails to reach the heights of previous games

If there is one card game that has swept me off my feet recently it is Magic the Gathering and surprisingly it has been around for just over twenty years. Personally I have been playing it for just over a year at my local game store and I’ve even participated in my first large scale tournament known as a Grand Prix earlier this year where over 900 people from across Australia and even from other parts of the world came to compete in a game we all love and the community is vast; from people who play at a really casual level to those who play at the highest of levels in Pro Tours all around the world. 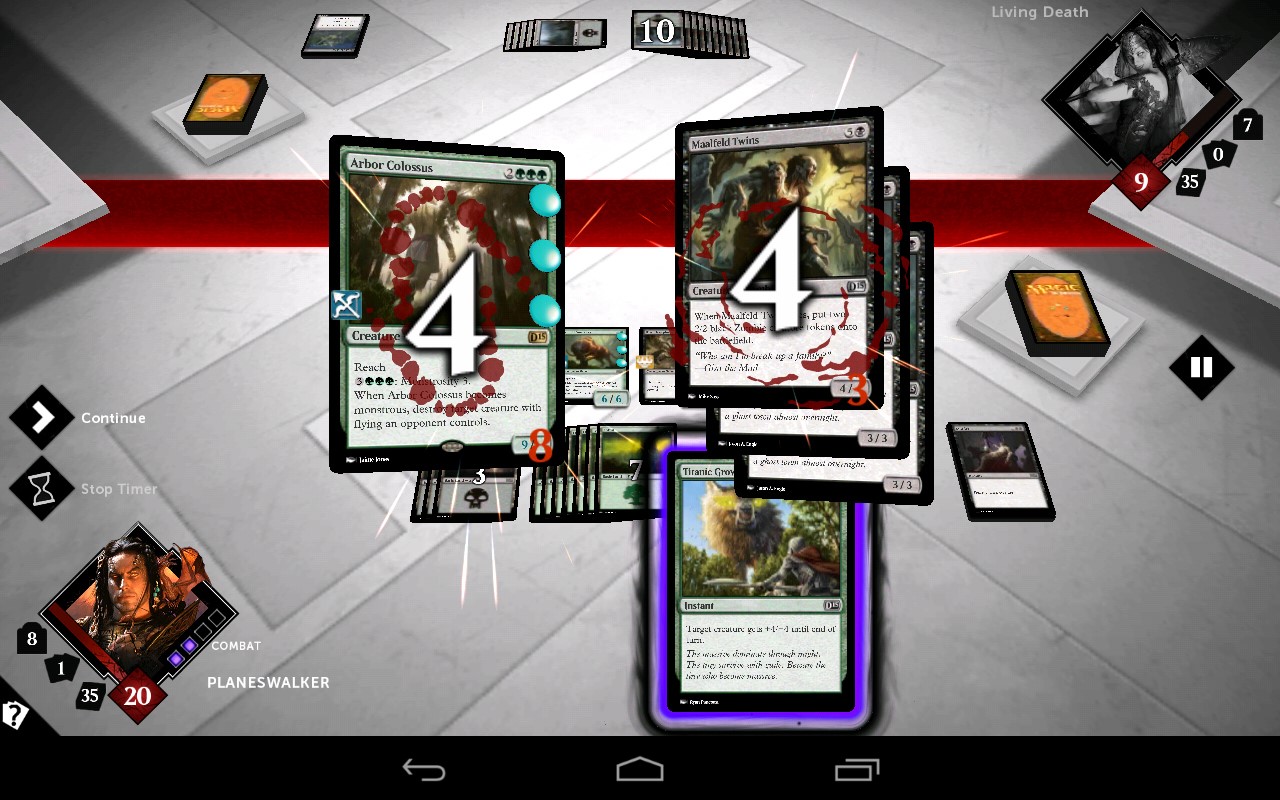 Even the more creative of us can enjoy the game outside playing some make videos on YouTube while others alter card art and others create and cultivate Facebook pages dedicated to the game and to create communities. It really is a game for everyone. More experienced Magic the gathering players will use a format called Magic Online to play at all levels but Magic The Gathering Duels of the Planeswalkers 2015 is designed for the beginners or even those returning to the game after an absence from it for a period of time. It is not specifically designed for experienced players or those who actively play magic online. You are a Planeswalker a special individual who can travel between worlds known as planes; you are on the hunt for another planeswalker called Garruk who used to be content hunting and caring for beasts but now he’s on the hunt for more challenging game, other planeswalkers, namely you. It is your job to now travel across the planes to track him down.

The main meat of the game is very similar to the paper version of the game. When you open up the campaign you are invited to choose two of the five colours that make up a sixty card pre-constructed deck containing spells and creatures to try to reduce your opponent’s life from twenty to zero. With a total of ten possible combinations all with various play styles there is something for everyone be it fast aggressive decks to slower control decks. You then play though the campaign of twenty five duels twenty by standard AI opponents and five being explore the planes where you are put into a random AI match where you can win packs to expand your collection and improve your deck. The game is mostly controlled by the mouse with hotkeys which allow for changes in how lands are tapped or to stop the timer to activate effects. The main single player campaign is very much a grind which does not encourage mass amounts of replayability and isn’t too engaging so it is recommended to play the game in short bursts and the problem with this is it may force people to spend more money than normal. 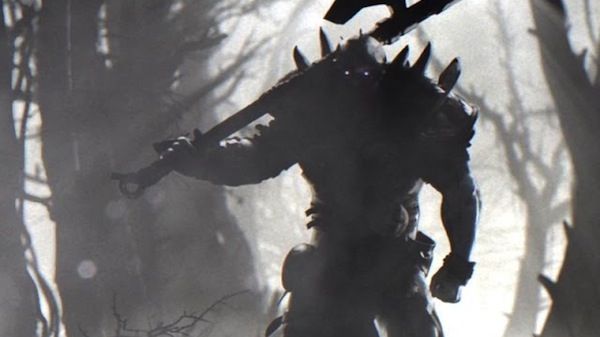 This is the first of the Duels of the Planeswalker games that offers a full deck building experience whereas in previous instalments you are given premade decks which you can unlock other cards within its own pool to expand and improve the deck. However this does create a problem in regard to the price point, the game is rife with micro transactions. The base game will cost $10 which is on par with the previous instalments with the option to pay for expansions, the full decks a full foil conversion for cosmetic purposes and more campaign options however with Magic 2015 you have the option to pay an additional $20 to unlock all the cards which can push the price point to $30 rather than grind though the single player mode and you are not guaranteed to get all of the cards in this manner, however this isn’t the biggest problem.

There are also a certain set of cards that you can only have a single copy of rather than the usual four because they are deemed to be too powerful however they are not available in the regular packs that can be won throughout the single player campaign they are only obtainable in Premium booster packs which are only obtainable though purchasing them for $2 a pack which contains 10 cards. And with the online multiplayer mode being fairly competitive it is reasonable to predict that people will buy a number of these packs to gain access to these cards.  In comparison to another online CCG such as Blizzard’s Hearthstone: Heroes of Warcraft while you can pay actual cash for card packs you have the option to use in game gold and the prices seem reasonable with a discount of around 12-16% if you purchase 40 packs for $50 and the additional benefit of this is the option to get rid of excess cards to exchange them for a method to create new cards that the person may actually want whereas in Magic 2015 there is no such option to do so.

The sound is minimalistic while in a game to allow for concentration while the music in the menus are suitably strong and the menus are slightly cumbersome to navigate with the easiest being the scroll wheel which indicates that the menu was more designed with the console in mind being available on all current and last generation consoles as well as on iOS and Android tablets.

This review was based on the PC version available on Steam for $10. 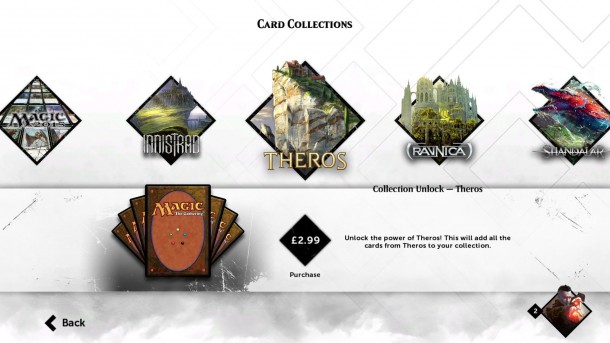 While Magic 2015 does widen the customisation of decks it comes at a great cost the game is littered with micro transactions which seem to be aggressively marketed at the player to encourage them to spend more money than the standard purchase price. In addition it is missing the unique game modes that are included with each yearly instalment such as Two Headed Giant where you play as a team of two that share a life total, challenge mode which involve a particular game state and you have to win on your turn with a predetermined hand, Archenemy which is a three on one variant of the game which involve the singular player having extra life and other abilities in the form of Schemes. Planechase which is a free-for-all game type with plane cards that can have various effects on the game depending on the plane and effects that can happen by the roll of a dice and from last year’s instalment sealed play which had you create a deck from six booster packs. It was these features that gave these games its longevity and without these features this version will be short lived and loved.

Magic the Gathering Duels of the Planeswalkers 2013

Magic the Gathering Duels of the Planeswalkers 2012