Summary: The Mage’s Tale may very well be the most ambitious Oculus Rift title to date.

There’s nothing wrong with wave shooters, archery titles, and/or the occasional flying sim. They are genres tailor made for virtual reality, especially if space constraints equate to a somewhat limited (and default) two sensor, forward facing Oculus Rift setup. Thus, while InXile’s Entertainment’s The Mage’s Tale is anything but perfect, it’s the first virtual reality game I’ve played that feels like a proper game.

To explain, the Mage’s Tale is built upon a proper storyline and premise, one housed within The Bard’s Tale universe and featuring a slew of dungeons to explore. Simply put, you’re a young apprentice seeking to rescue your kidnapped master from the bad guys, guided only by a very obnoxious flying goblin thing hell-bent on ceaseless mocking. 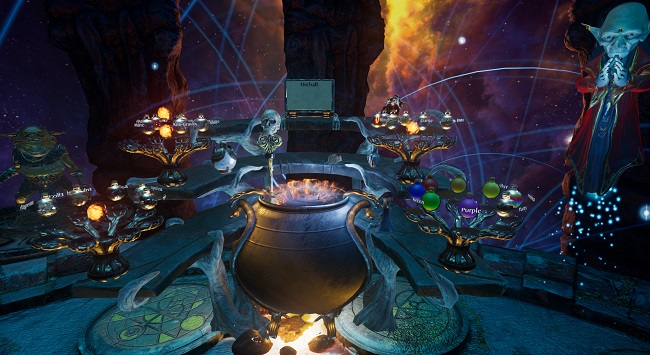 For those more familiar with The Bard’s Tale world, they’re more likely to find a lot of familiars within. The Mage’s Tale touts the “sewers of Skara Brae and the horrific living tombs of the evil Char” as exploration locations, also enemies comprised of creatures from Bard’s Tale lore. Even without this knowledge – and you certainly do not need it – The Mage’s Tale is a great world to navigate.

InXile claims 10 hours of gameplay in the Mage’s Tale, and I’m near certain they can back it up. Even clearing the first dungeon took over an hour, as solving puzzles, beating bad guys and uncovering hidden secret takes time. I wouldn’t consider The Mage’s Tale overly difficult, but solving puzzles does require some thought, and battles minor elements of strategy to be successful.

Perhaps my favorite aspect of The Mage’s Tale is its embrace of the virtual Oculus environment. Crafting and customizing spells is done via a clever pour, drop and stir system of various elements (to include color and added effects). The same charm is evident when navigating menus via drinking elixirs, also opening chests, tossing objects and manipulating environmental objects (i.e. doors, barrels, cups, etc.). 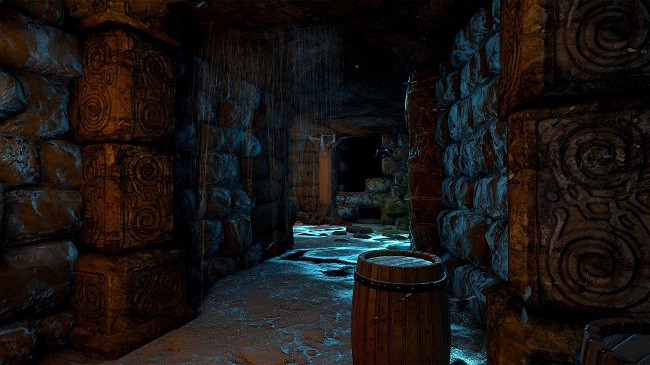 This immersion goes a very long way in staying in the moment; kudos to InXile for making what could be tedious activities into fun uses of virtual interaction. This is one of those moments when the Touch controllers truly feel like cutting edge technology.

Combat is equally intuitive, with Rift Touch buttons mapped to activating shields and spells, respectively. While The Mage’s Tale forces a native hand for navigation, it is not – however – partial to switching hands for all other purposes. This nuance is a literal life saver in combat, as it allows for keeping a shield active at all times…even as enemies change direction.

This is not to insist The Mage’s Tale perfect. Initial load screens are long, seemingly for no reason. It’s also certainly quirky, often times frustratingly so. To begin, aiming spells without a reticle will drive anyone batty, ditto the finicky nature of hitting things exactly right. Teleport movements – while fluid – can force your character into awkward corners and graphical clipping. In most instances, however, this movement works quite well…even in the thick of combat. Speaking of combat, it can be quite repetitive. This is anything but The Unspoken or a fighting simulator. 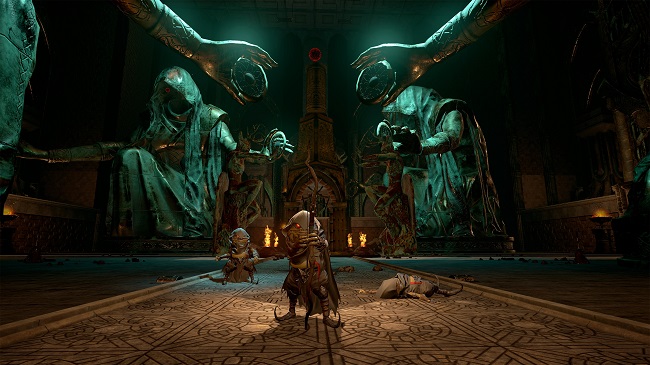 Puzzles – per above – are not that challenging, but can be frustrating in their illogical problem-solving paths. Not enough to drive one batty, but certainly to question why something that should be obvious is anything but.

Finally, the potion mixing system is a great deal of fun but also comes with no instructions. There’s a fair bit of trial and error in deciphering the system also that of power up activation and use. A tutorial would’ve been very welcome in this regard.

Even with these quibbles, The Mage’s Tale keeps you coming back for more and with good reason: it’s a proper game, with a great deal of things to do and see. Too many Rift Experiences feel like tech demos and this is most certainly not one of them. Little things like easily teleporting back and forth from the potion lab to a dungeon point…and back…keeps things rolling. Combined with a very reasonable checkpoint save and restore system, The Mage’s Tale is perfect for shorter but rich gameplay sessions common in VR. 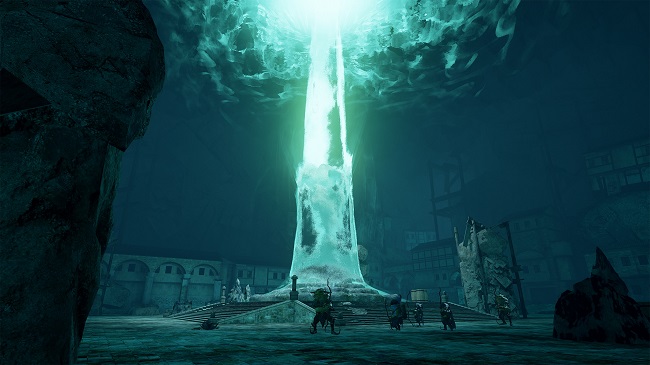 The Mage’s Tale may very well be the most ambitious Oculus Rift title to date. Despite its handful of quirks, it’s a legitimate dungeon crawler embracing a VR body…versus the other way around. The game is fun, clever, and surprisingly quite polished. Moreover, it’s one of the few Rift Experiences with legitimate game length, also a wonderful example on how to use the Touch controllers to near-perfection. What minor quirks are there (in puzzle difficulty, environmental interaction, potion making system) do not seriously hamper overall experience.