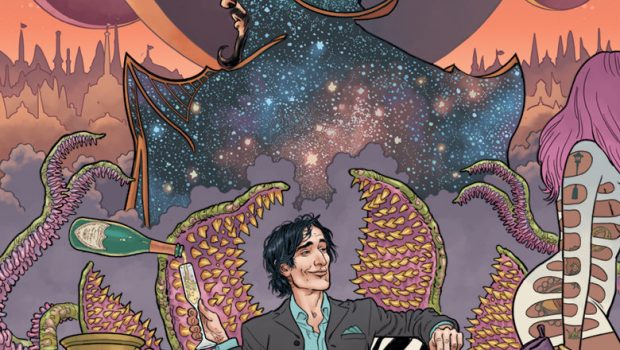 Superstar comics and storyboard artist Steve Skroce (WE STAND ON GUARD, Wolverine) will take on both writing and art duties in his all-new, totally irreverent and fantastical action-comedy MAESTROS this October from Image Comics.

The Maestro and his entire royal family have been murdered. Now, his banished son from Earth will inherit the Wizard King’s throne along with a spell that turns its user into GOD. With enemies everywhere, will this Orlando-born millennial be able to keep his new magic kingdom?

“MAESTROS is a finely seasoned stew of everything I love about the fantasy and action adventure genres,” said Skroce. “I tried to create a universe where all my beloved magical characters and settings might exist together, side by side. The protagonist, Willy Little, isn’t a chosen one; he’s granted ultimate power through blind luck—but can a nice guy stay nice when no one ever says ‘no’ to him again?”

“MAESTROS is manic magic! We’ve waited too damn long for Steve to have his own book but this was worth the wait. MAESTROS is a Skroce Hadron Collider where panel-packed action slams into his wicked sense of humor releasing some of the most original and gleeful fun comics has seen in some time.” —Lana Wachowski, creator of The Matrix and Sense8

“Steve Skroce continues to amaze and inspire me. He pushes himself and the medium of comics past the four-color and into the technicolor. There is a Maestro behind MAESTROS and I can’t wait for the world to see the concerto he has orchestrated for us all.
Fortissimo!!!!!!!!!!!!” —Geof Darrow 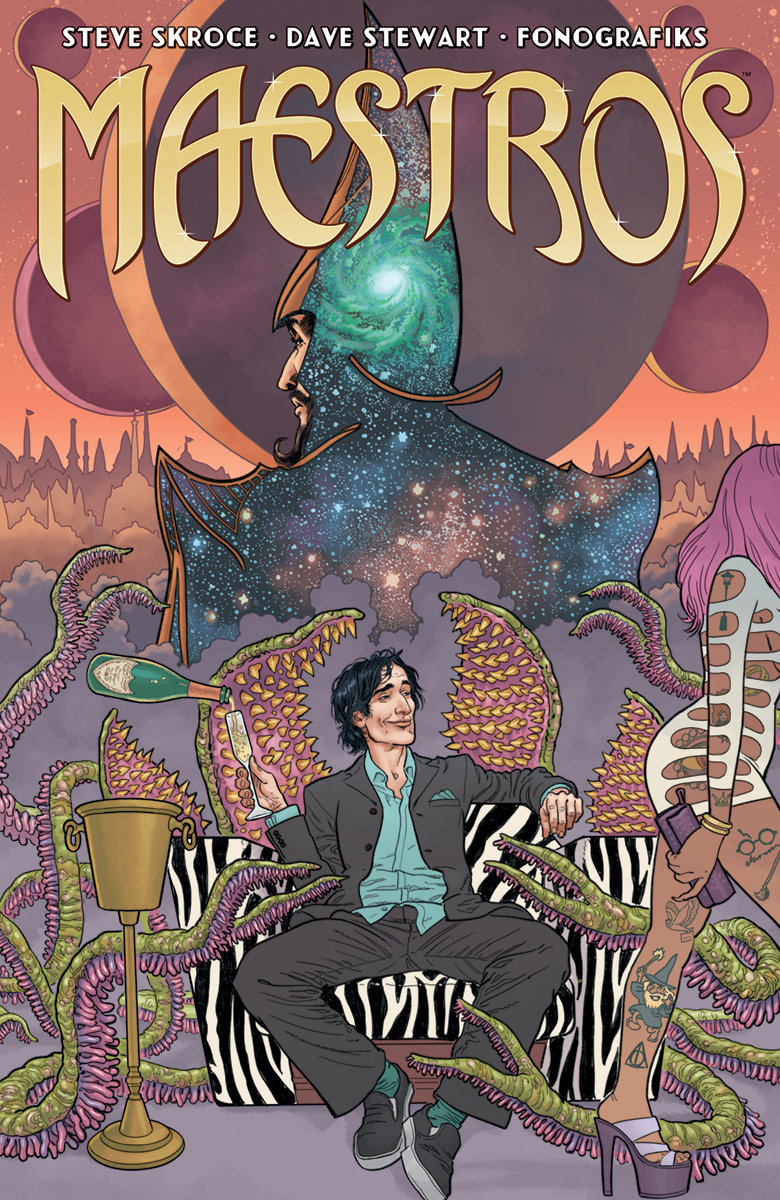