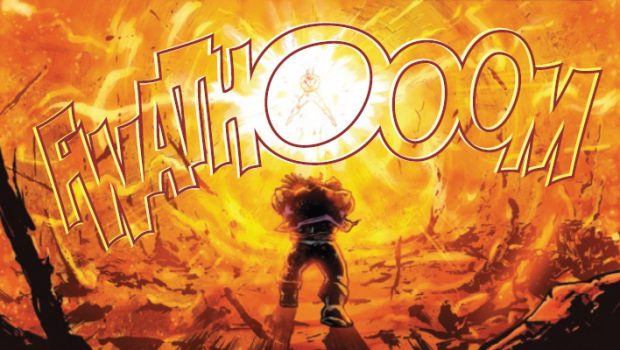 Summary: An interesting up-is-down type story where the world is already destroyed. Marvel seems to be doing this a lot even for them. Worth a look if you like these characters.

The war has already been won with the Hulk now calling himself Maestro and ruling over the ruins of humanity. He decides to nuke the remainders of the A.I.M base but didn’t count on the Abomination being raised from his slumber and teaming up with Prince Namor. There is more going on behind the scenes and everyone is not who they say they are.

While I had heard of the World War Hulk plotline I had not heard of this storyline before even though it has run before. The war has already happened and people are still trying to grab and hold on to power over the rubble.

It does also flip who the heroes and villains are in this context with Dr Doom not seeming that bad in this case.

I would recommend this one if you are a fan of the characters and the post apocalypse setting although Marvel seems to be doing a lot of that lately. Not sure how this links up to any of the other storylines they have running if at all.