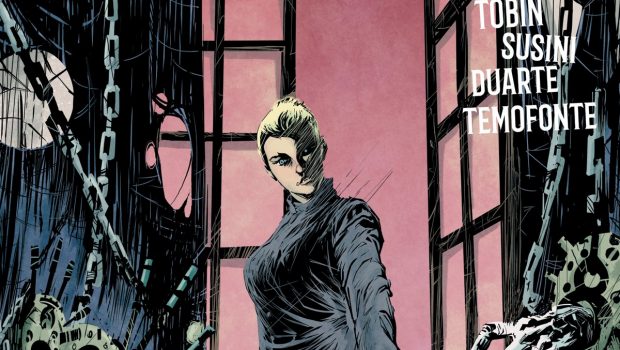 Writer, Paul Tobin (Bandette, Colder, Plants vs. Zombies) took the time to chat to Impulse Gamer about his new upcoming Oni Press series Made Men, where he spins an interesting tale combining cops, guns and Frankenstein.

This is an interesting concept, combining Frankenstein mythology and a cop drama. Can you tell us a little about this exciting combination, and how it came about?

I was part of a big group project that combined the worlds of Prometheus, Aliens, Predator, and Aliens vs. Predator. My part was on Prometheus, but “Frankenstein” and the creation of life was a big theme across the whole series. So I had Frankenstein on my mind. At the same time, I was thinking of the seemingly infinite number of television shows/books/comics that have to do with people who “solve” murders, such as police detectives who investigate a murder, find out who did it, and then send the scurrilous villains off to justice. But, to my mind, that doesn’t “solve” a murder: it only finds/punishes the one who committed the crime. I wanted a FULL solution, and the only way to do that was to bring the dead back to life. Eventually, these two thought-lines kinda converged. 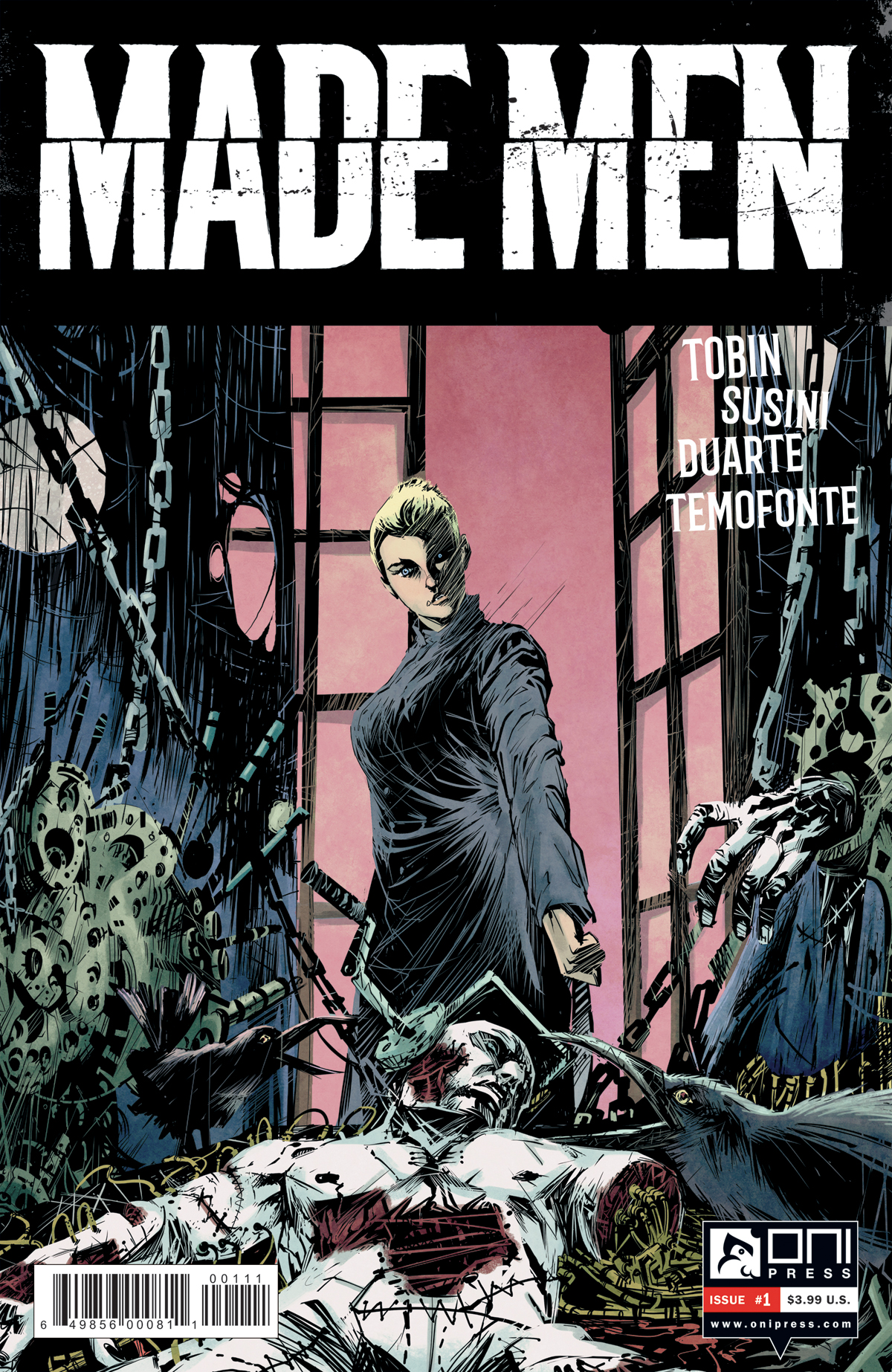 The story follows Special Ops Officer Jutte Shelley, a Frankenstein descendant who is looking for revenge after her crew is fatally gunned down. I’m really intrigued by this character, as she seems mysterious and emotionally complex. Is she modeled after any particular person, real or fictional?

Not really. I’ve been reading a lot of books lately by some friends of mine, such as Chuck Wendig, Chelsea Cain, Cherie Priest, etc. They all write series with some kick-ass female leads, and I suppose there’s some carryover into my brain, but honestly, I love creating characters of this type and always have. I sit down and come up with all sorts of background moments, emotional incidents from Jutte’s past, favorite types of foods, music, vacations, hobbies, etc. I have a wealth of material that will likely never make it into the book in any way, except that it emotionally (and motivationally) informs me of how Jutte will act or react to any given situation. She needs to live in my mind before I can make her live on the page. 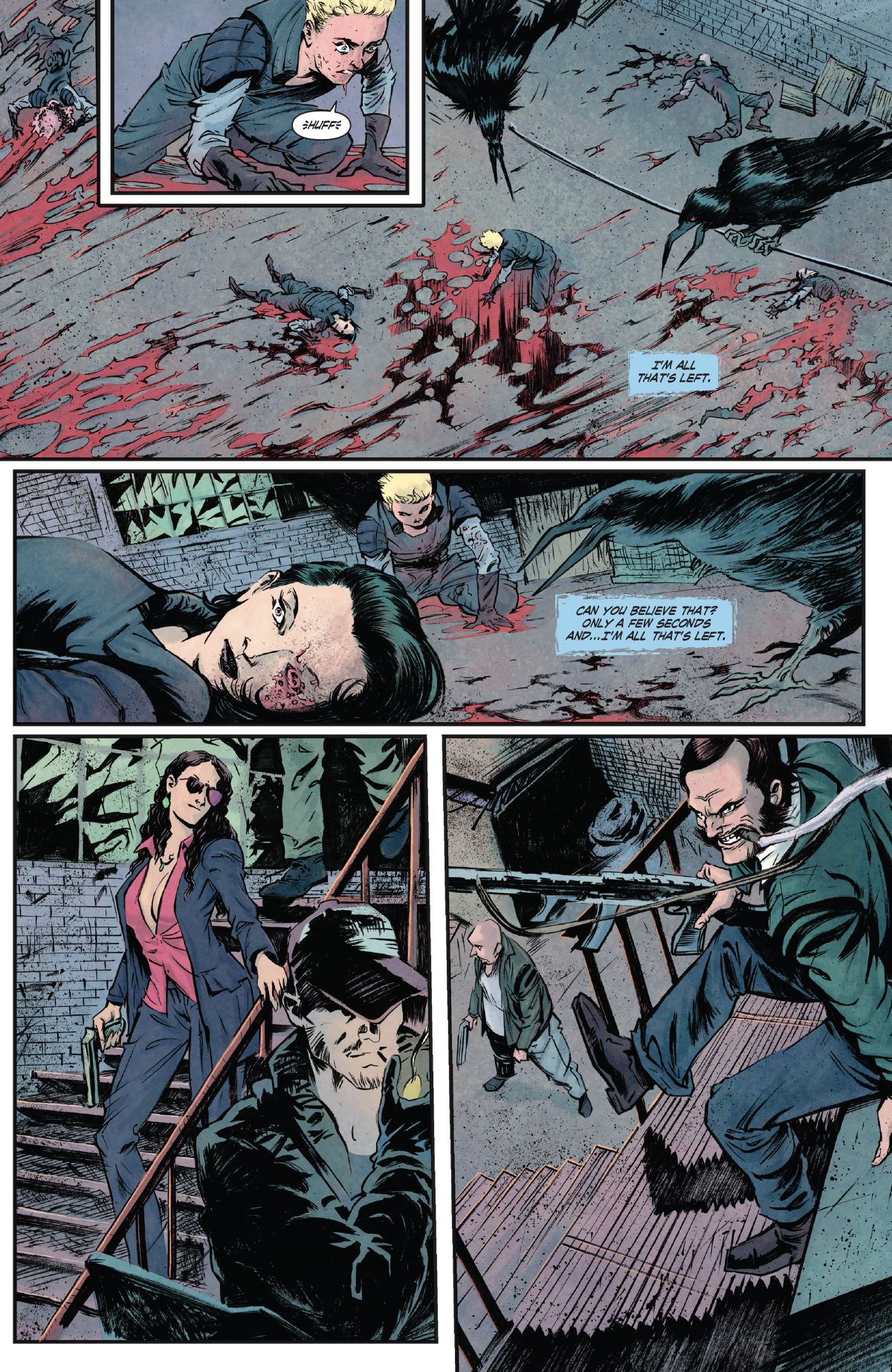 This is an intense and gritty story about revenge, which is quite graphic and violent at times. How did you go about forming such a dark narrative, and were there any difficulties that you encountered?

No real difficulties. My mind gets rather dark at times, and when you have a group of characters that involve some pretty heinous mobsters and their acquaintances, things tend to get dark when you let them run around and play. I suppose the main obstacle was still letting the characters be human in other ways: they still like to laugh, to flirt, to eat a good meal, to honestly care about some people. In “dark” stories, authors have a tendency to make everything dark, and that reduces the story and the characters to one dimension, so I wanted to avoid that.

We see a curious array of interesting and somewhat unconventional characters. How did the idea for this compelling ensemble come about?

I knew I wanted them eclectic, and even more eclectic after Jutte gets done doing her “Frankenstein” magic on them. I suppose, in some ways they’re a group of people who I’d like to be friends with. I’ve always been drawn to people that are good people but are up to no good regardless. 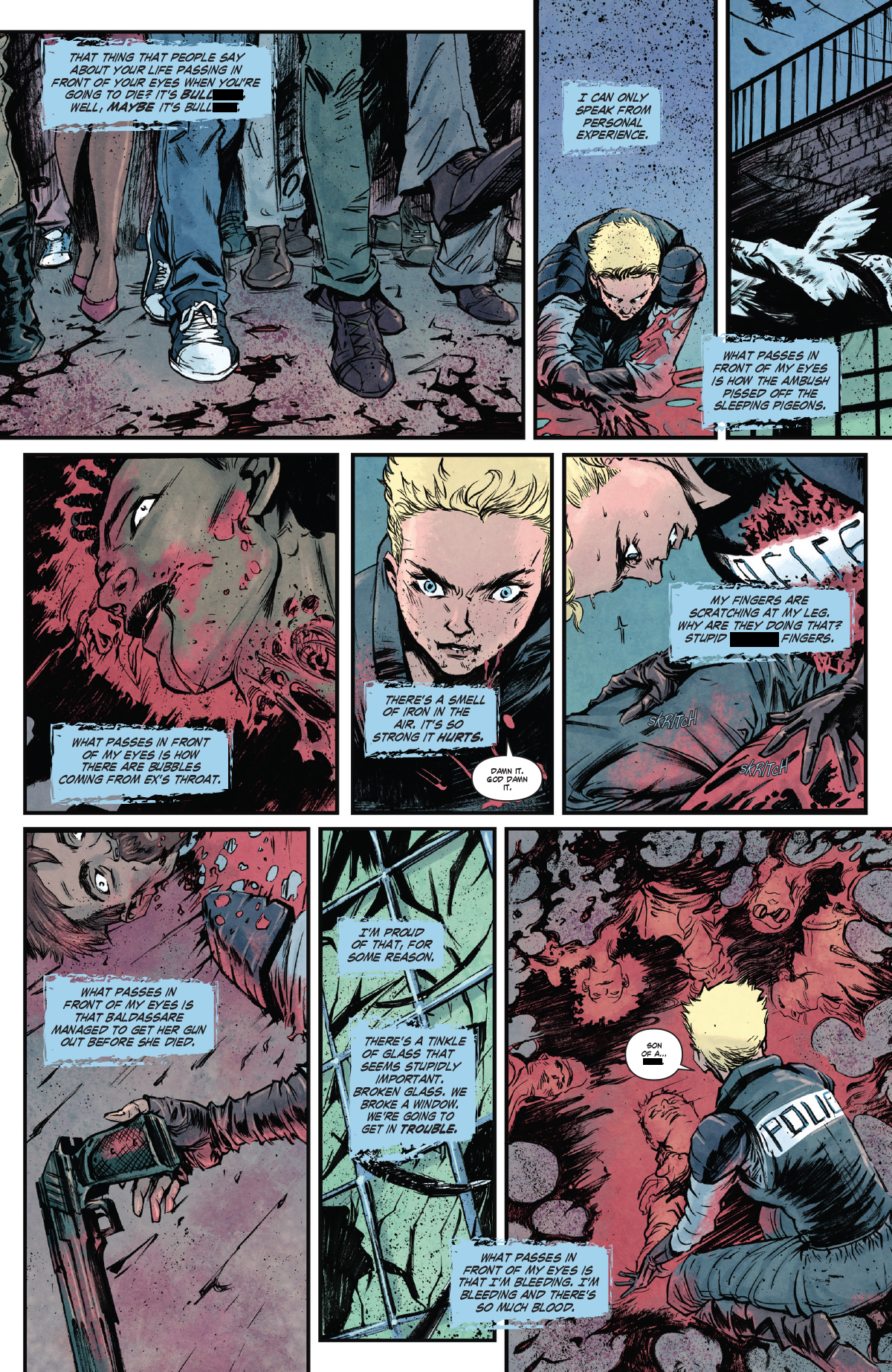 What was it that drew you to artist Arjuna Susini, and colourist Gonzalo Duarte?

With Arjuna, we’d almost teamed up before on a project that schedules wouldn’t allow us to bring to fruition. But, having become aware of his art, and having seen the first few pages he’d turned in before we’d had to stall the project, I knew I wanted to work with him again. Then, as I started to conceive the Made Men project, I realized that I was envisioning his art in my head. He’s really fantastic with street scenes, crowd scenes, individual personalities, and he has a gritty, gothic horror feel to his art. So, it was a no-brainer to nab him up for the project. Plus, he lives in a beautiful area of Italy, so this way I could conceivably visit him, and then take the costs off my taxes as a business expense! As for Gonzalo, we brought him in after looking at a few different colorists, because he was truly able to bring the moody atmosphere of the story and Arjuna’s art to the next level.

This series is currently slated for five issues. Is there any possibility for you to expand on this and bring out more?

I’d say there’s a fairly good chance of that, yeah. We’ve all enjoyed working on it, and there’s definitely a lot more story to tell, so we’re already discussing the “what’s next” standpoint. 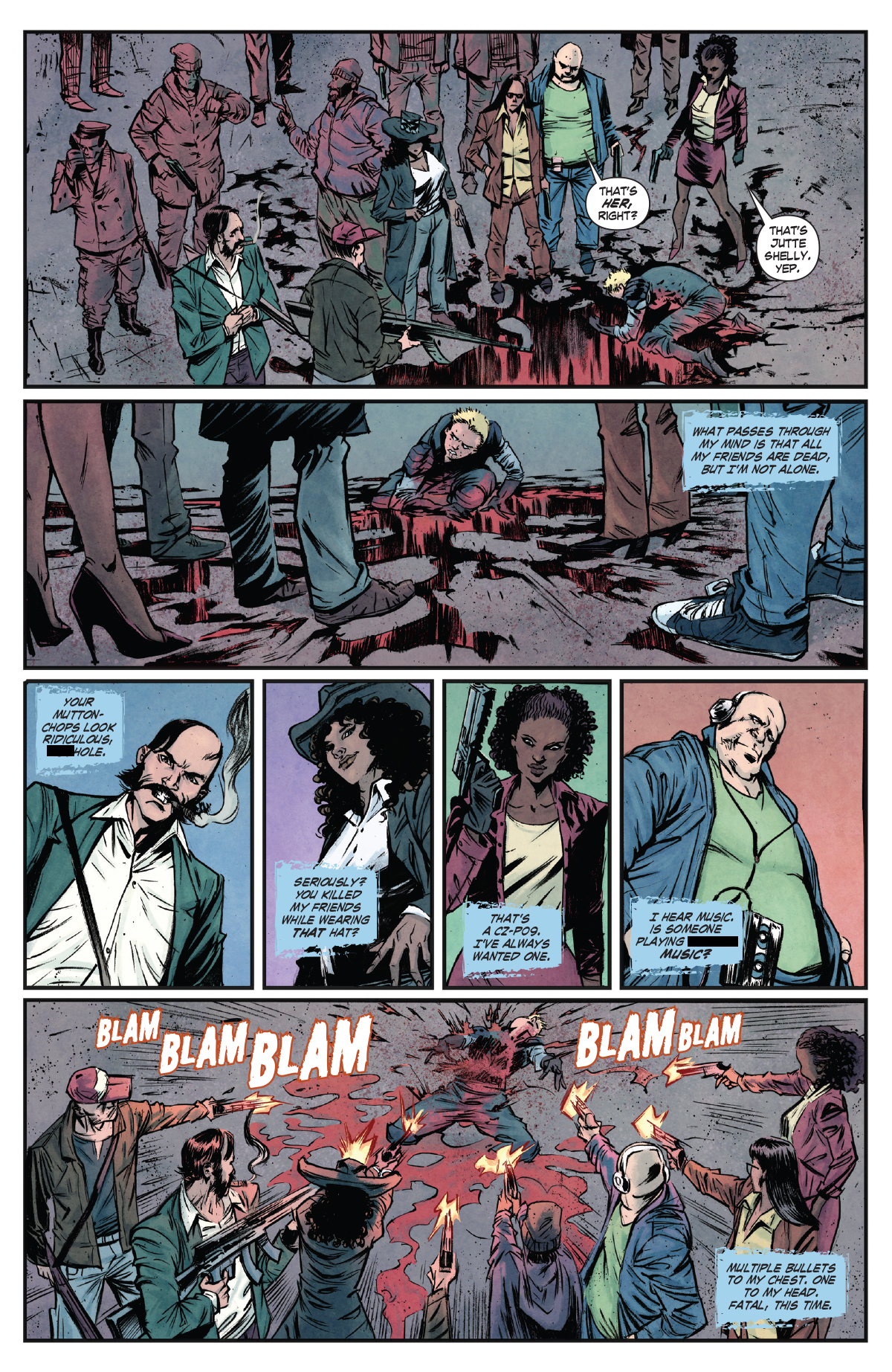 How do you go about forming your stories – do you have all the arcs formed before you start, or do you tend to improvise and change the story as you move along?

I have a general outline of where I want to go, and how I want to get there, but there’s plenty of room in my outlines for things to go off in different directions. Once I start writing, characters tend to take on their own ideas, so sometimes I’ll be thinking, “Okay! Everyone is off to go solve this next thing!” and the characters will be like, “Yeah, well, actually… we were thinking about hitting the bars and maybe sleeping with each other, and plus your plan to uncover the conspiracy is WAY complicated. Let’s discuss easier ways to accomplish our goals.”

You seem to have a knack for creating an atmospheric and sinister tone in some of your stories, the work you recently did on The Witcher comes to mind. Are you a lover of horror, and is this a genre you see yourself creating more content for in the future?

DEFINITELY a fan of horror. My biggest foray into the genre is probably Colder, my series with artist Juan Ferreyra that was nominated for an Eisner and a Bram Stoker. We’re compiling the whole series (15 issues) into an omnibus that’s out soon from Dark Horse Comics. In addition, I’ve done some short stories, often Lovecraft based. I have a new webtoon coming up based on horror, and a couple other projects in the works. I’d love to do more short story prose in the horror genre. It’s something I really enjoy. I have a lot of all-ages projects like my Plants vs. Zombies graphic novels, and my multiple Eisner Award-winning Bandette series about a teen thief, and I absolutely adore working on projects like that, but sometimes it’s GRAND to really cut loose with some dark horror and stretch those muscles as well. 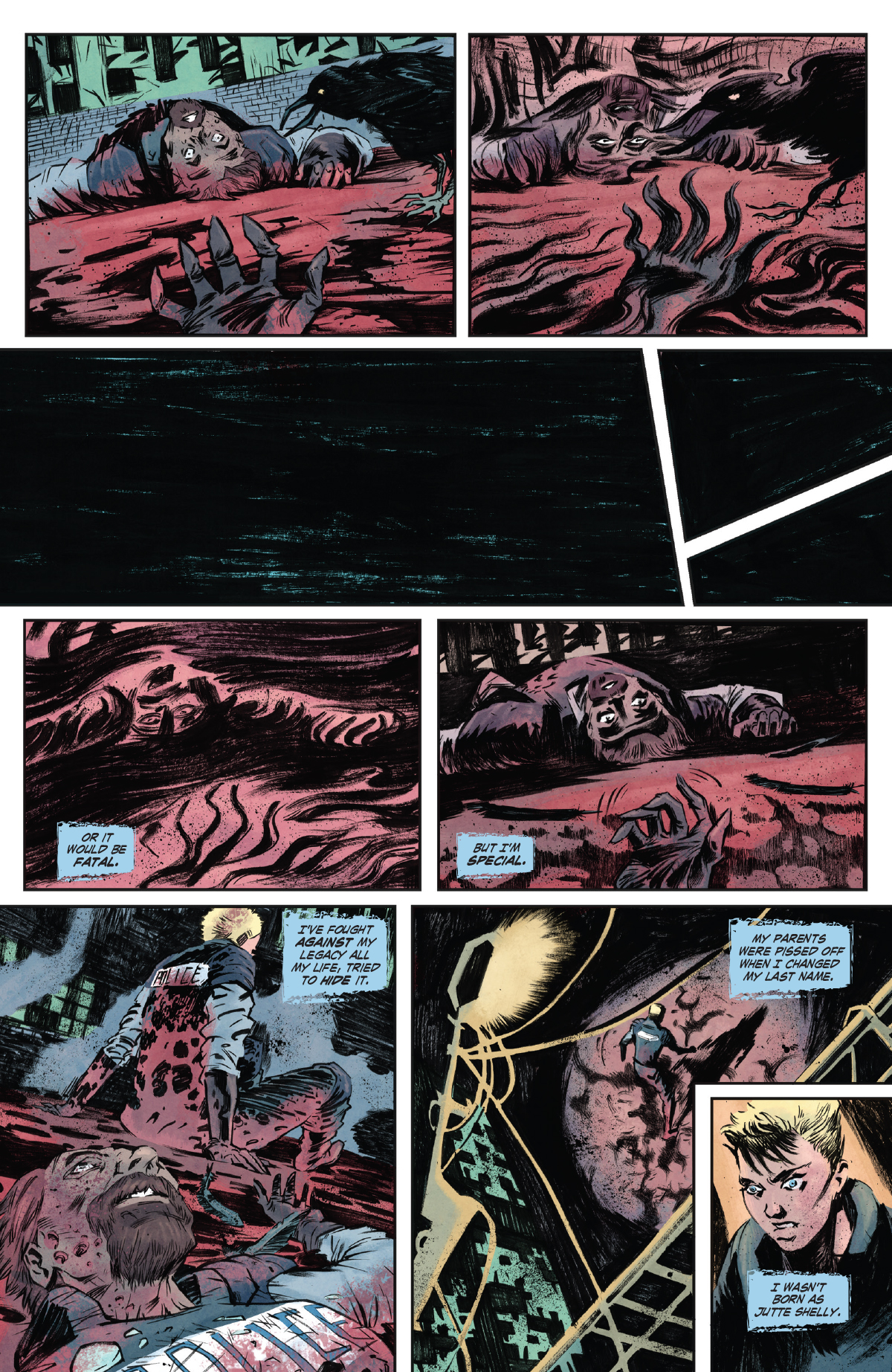 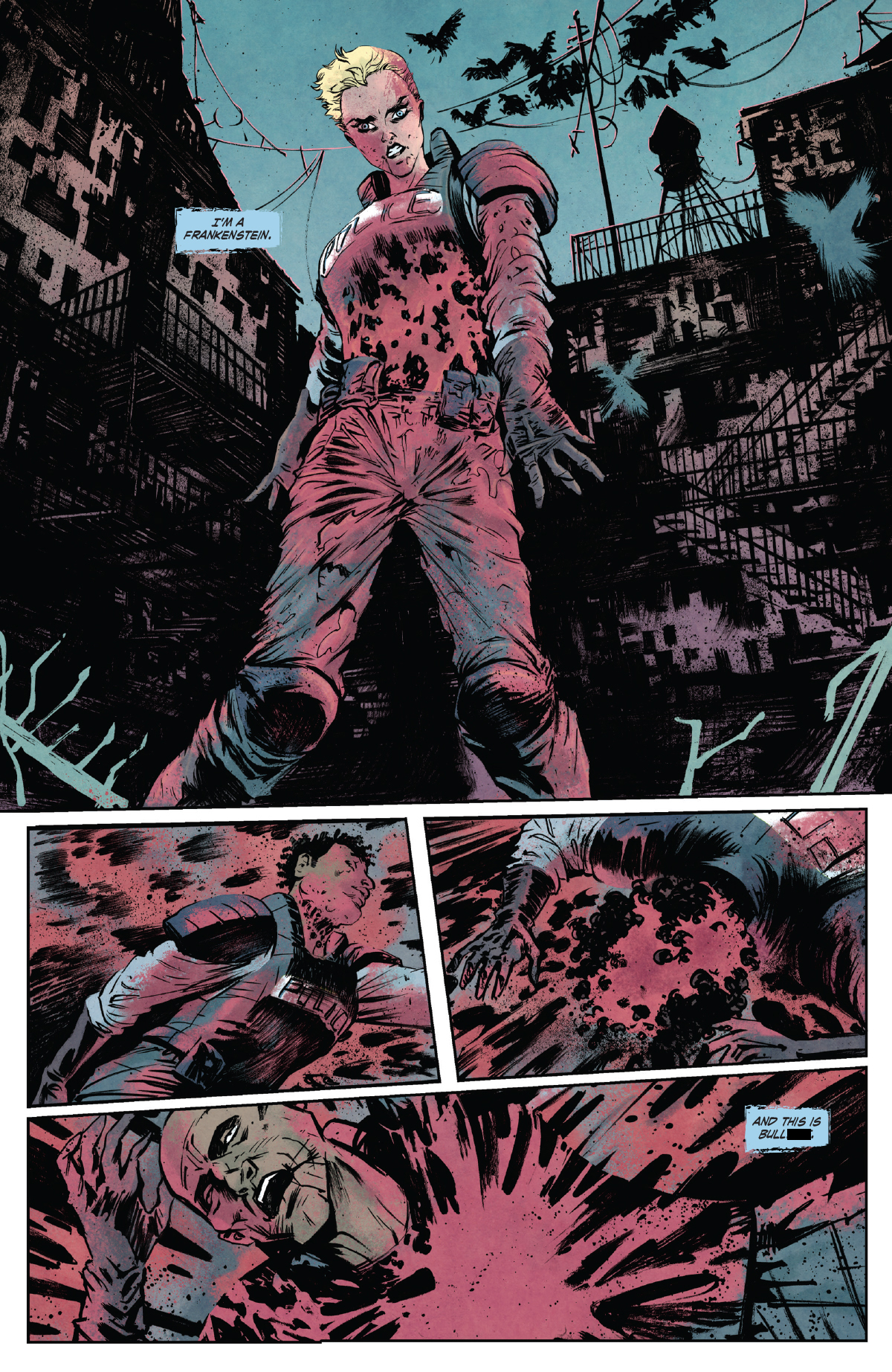 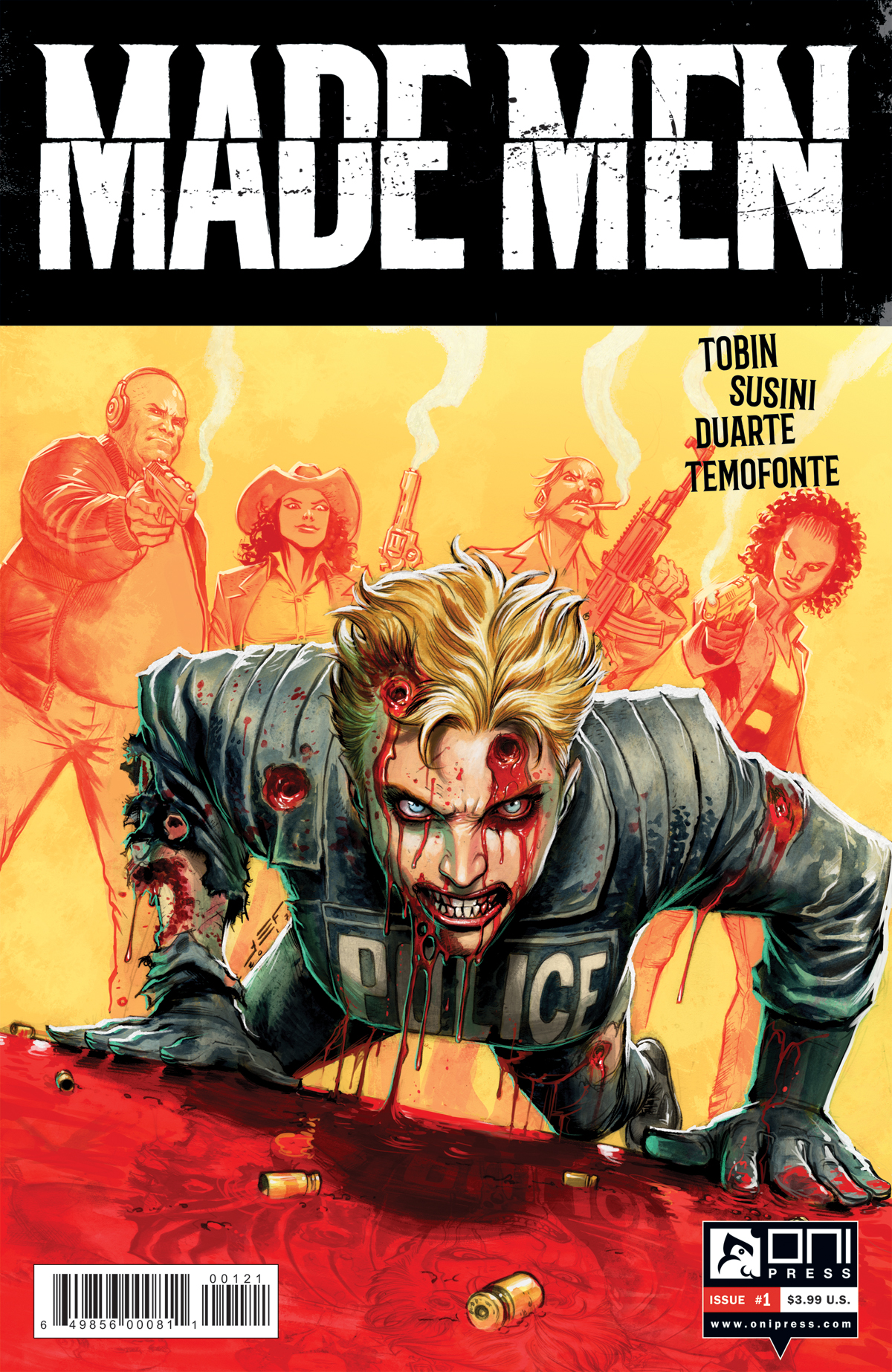