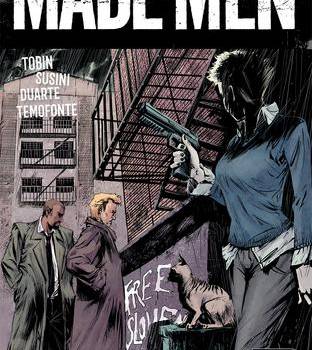 Summary: One step closer to finding out why people want Jutte and her team dead... again.

Who killed Jutte Frankenstein? And more importantly why? The closer she and her team get to finding the truth, the more they realise that this rabbit hole goes very, very deep – in Made Men #5, written by Paul Tobin, illustrated by Arjuna Susini, and with colours by Gonzalo Duarte. 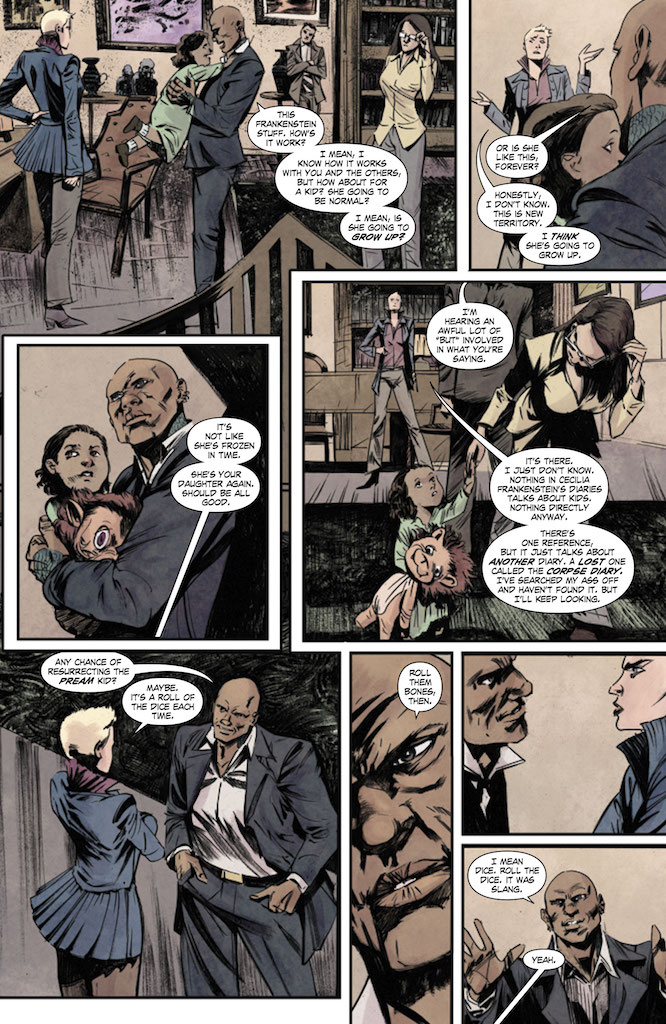 The bodies are piling up and while Jutte’s got an inside man – Detective Larkin – things are unravelling fast. On the plus side, the police have found the man who murdered the chief of police. While that is good news for Jutte, it is bad news for Larkin, who is starting to find out what it is like to be the only straight and narrow cop in the whole force. But first, someone needs to take Leo the lion-human for a walk before his restlessness turns into violence, or he pees on the floor. 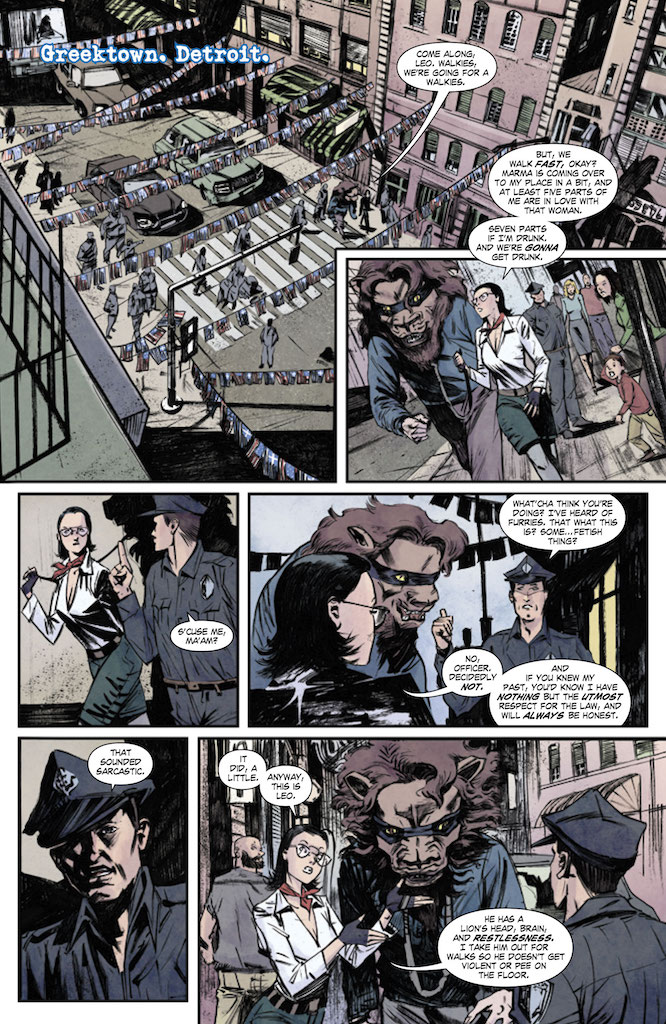 The pacing of the story in this issue is a bit on the slow slide and lacks in much needed character development, especially in regards to the rest of Jutte’s team. And while it does place a lot of attention on Hadry and her… personal engagements, her character is starting to become a bit repetitive and strays away from the overall concept of the story, which is revenge and resurrections.

The Artwork is still strong and very engaging. The confidence of each illustrated character jumps of the page and the mix of different panel compositions (in particularly the dialogue between Jutte and Biz) plus the grim colours, really make the story shine. 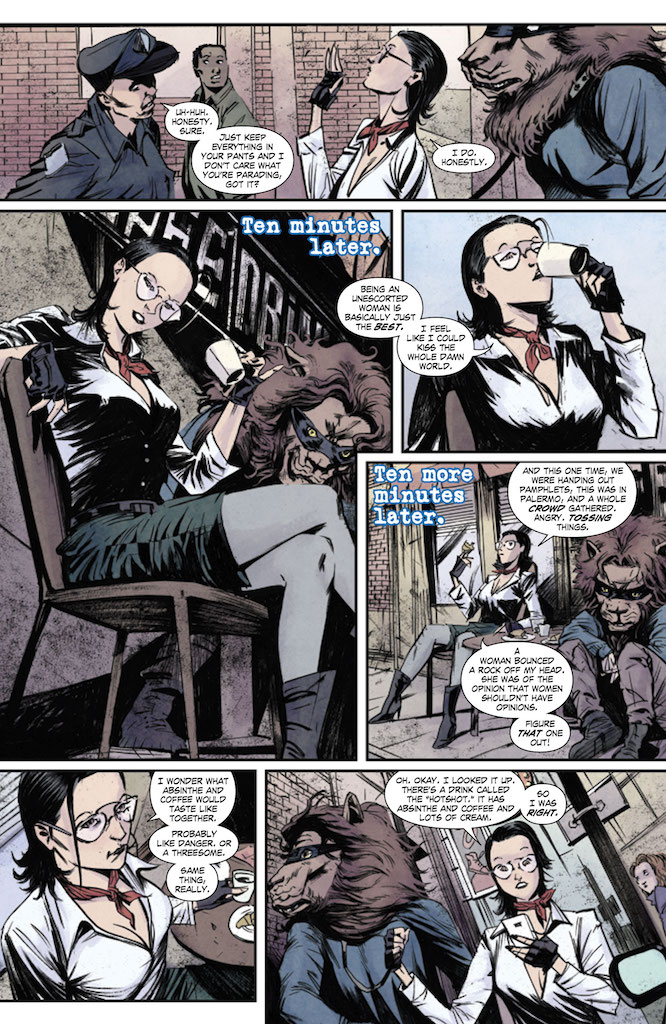 Made Men #5 may have been the slowest issue of the series so far but the new side plots and the  twist at the end still has me wanting to know more. I am a big fan of Jutte’s and Hadry’s strong personalities mixed in with Leo’s craziness, but I hope issue #6 will finally flesh out the rest of the team members too.