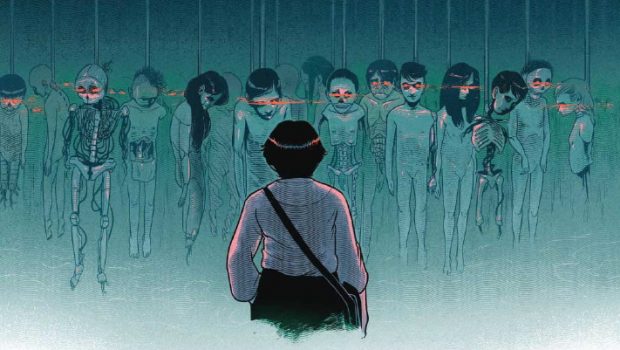 Summary: Worth a look if you are interested in this type of story.

Drawing heavily from the movie A.I. we follow a rogue developer at a company making “proxies” for childless couples and a couple who end up getting a heavily discounted unit after the developer installs his own AI update on a unit and ships it out without permission.

While it is inspired by the movie and other movies with androids, it does have an interesting art style and character design and it does not seem too advanced from the technology we have now apart from having the “proxies”.

Apparently some worldwide catastrophe has stopped people from being able to have children and also nobody has guns anymore? This is 100% a fantasy story if you expect people to believe that most of this story is set in Texas.

It does seem like an interesting enough story and worth a look if you are into this type of series. I would have a look at it first before you jump into the series though.