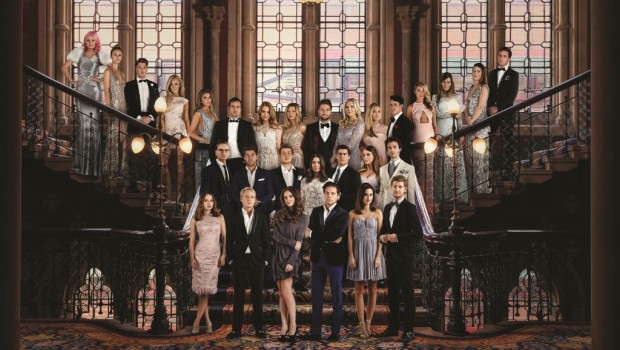 Enjoy every love-in, fall out and bitch fest captured on camera and played out over four deliciously decadent seasons..

Fans of reality drama won’t want to leave the couch as Shock Entertainment is set to release the very latest series of the smash hit British series – MADE IN CHELSEA on DVD. Seasons 6 to 9 of the BAFTA® award-winning series which screens locally on FOXTEL Lifestyle You will be available for the very first time on DVD in Australia on March 2nd 2016.

“ It started off as TOWIE’s posh rival, but it has developed its own compulsive edge, delighting viewers with its mix of crimes and misdemeanours“ – The Guardian UK

The eye-opening reality series takes a peek behind the designer curtains of South West London and follows the lives and loves of the socially elite 20-somethings who live in some of London’s most exclusive postcodes. Yes, they’re immaculately dressed; yes, they are fiercely ambitious; and of course they party hard. But beyond the posh accents, fast cars and polo parties, life isn’t all champagne and canapés. See the real-life rivalries and relationships that set tongues wagging and phones beeping behind closed doors on Kings Road.

Enjoy every love-in, fall out and bitch fest captured on camera and played out over four deliciously decadent seasons. With over a million viewers in the UK, MADE IN CHELSEA is not to be missed.