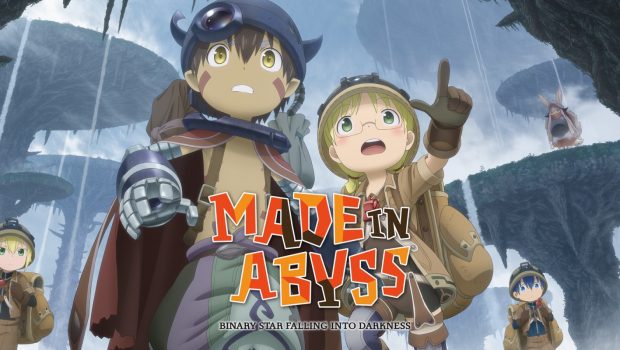 Made in Abyss: Binary Star Falling into Darkness PS4 Review

Summary: Made in Abyss: Binary Star Falling into Darkness sadly provides a more frustrating experience than enjoyable. Despite making a good effort to adapt the series' best attributes, its gameplay, short story, and poor performance greatly hinder the overall experience.

Made in Abyss: Binary Star Falling into Darkness is the new JRPG adaptation of the Made in Abyss anime and manga series that aims to portray the series and its visual and narrative excellence. While it manages to adapt a lot of the series’ excellent aspects, it, unfortunately, fails with many other important parts. 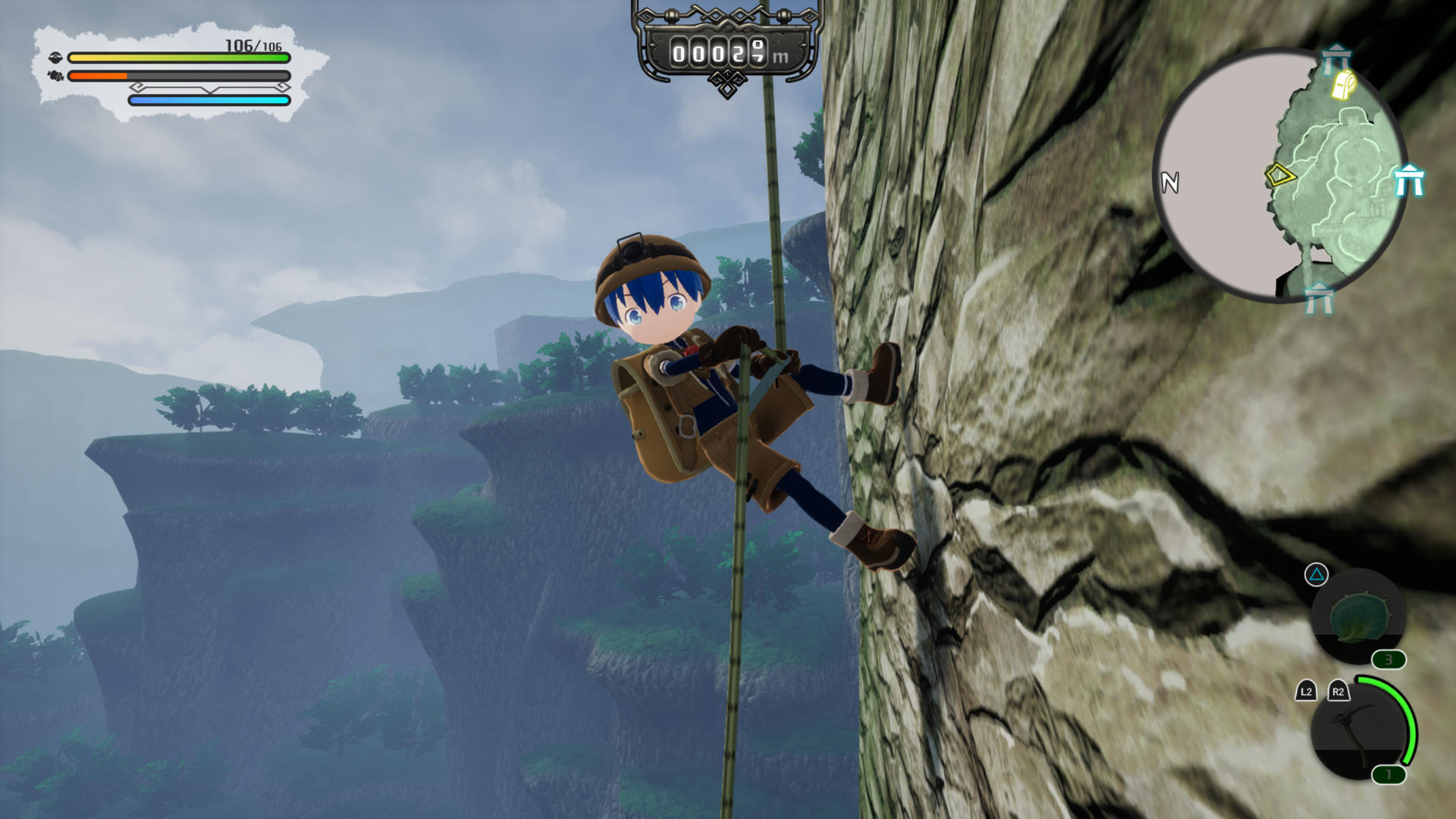 For those unfamiliar with the Made in Abyss, the series is set in a town called Orth, where a mysterious, fantastical and explorable giant pit known as The Abyss serves as its center point and significantly contributes to its economic and political affairs.Though incredibly dangerous, The Abyss houses artifacts of a lost civilization, and individuals who explore The Abyss for these relics are known as Cave Raiders.The game follows Riko, a young Cave Raider who one day finds Reg, a cyborg amnesiac boy with powers who accompanies her on a quest to find her mother, a high-ranking Cave Raider who’s lost somewhere deep in the Abyss.

Some of the series’ best and most defining features are its setting and visual aesthetic, and are some of the reasons I became enamored with the series. Thankfully, those features are adapted quite well in the game as the developers managed to accurately portray the magic in the mysterious creatures and the wonder of the Abyss through its intricate dungeons and masterful art direction. While the character designs aren’t as good-looking as in the anime due to their CG look, they are still incredibly accurate to the series, and the use of 3D modeling admittedly fits better compared to 2D.

In terms of story, the game’s Narrative is split into two different modes for some odd reason. The first is the Hello Abyss Mode which adapts the anime’s story almost one to one and lets players play through Riko and Reg’s journey into the depths of the Abyss as they fight monsters, overcome hurdles, and meet several interesting characters. On the other hand, the Deep in Abyss mode lets players create their own character and play through a completely new, non-canon story that’s almost as engaging, albeit shallow and short. 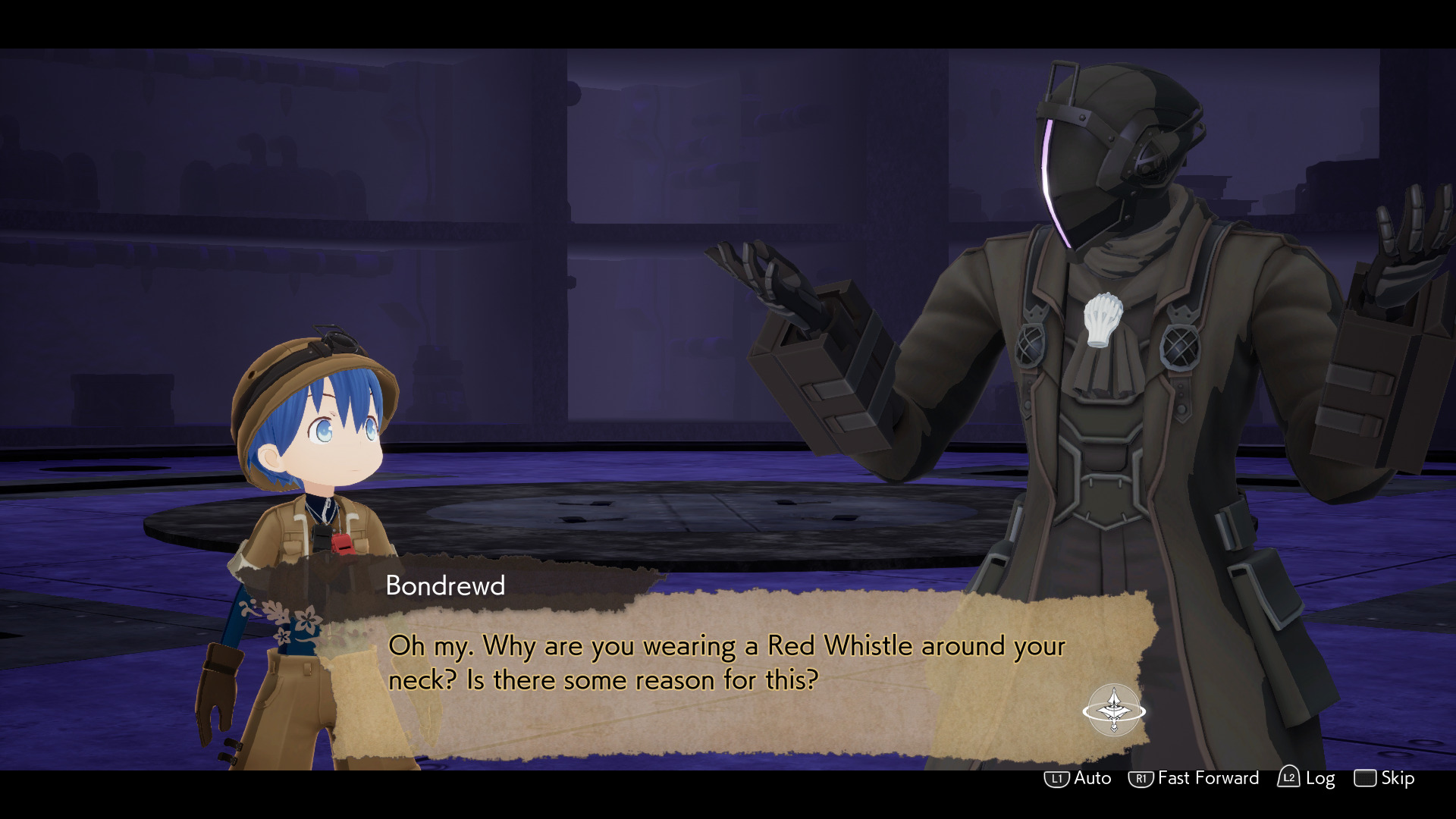 Gameplay-wise, players will explore several parts of The Abyss in both gameplay modes, most of which consist of deadly dungeons and sprawling, beautiful fields. Players undertake missions ranging from collecting relics to traversing high points, avoiding traps, and fighting tough enemies. The only issue with these missions is that the mechanics, while fitting for a game based on the hardships of the Abyss, are incredibly frustrating, specifically the Curse of the Abyss mechanic, which triggers when a cave raider ascends or descends the Abyss. The Curse can range from nausea to bleeding from every orifice, and in the game, it annoys the player by randomly triggering at random intervals when traversing the Abyss. So essentially, if you ascend or descend The Abyss too fast, you vomit, lose health, and die. If you climb up too high and exhaust your stamina, you fall off and die.

If you don’t pay attention, you’ll fall into a hidden trap and die. The Curse also reduces your food meter, which you must fill by eating repeatedly, or you’ll starve and die. Additionally, many monsters you’ll encounter are just plain unbeatable until you’ve leveled up, even with Reg by your side. So if you run into a monster at a low level that seems formidable, it will chase you, and you’ll die.

To maximize their chances of survival, players will not only need to be attentive but also resourceful by crafting traversal tools and weapons and cooking a variety of dishes to stave off hunger and regain health once all required ingredients have been collected. It is just unfortunate that the crafting system is quite limited as players only have a few weapons and tools available to craft. Additionally, there is no upgrade system as players only level up right after quests and don’t get many useful skills for combat. The quests themselves are also shallow, short, and simple.

So overall, while the game offers a good challenge, it is sadly more frustrating than enjoyable, especially as the game’s performance weighs down the experience dramatically with consistent frame rate dips on the PS4 and PS5 along with frequent crashes before its update, and slow combat speed. It’s not all bad, however, as coupled with its great visuals, the game also sports excellent voice acting, especially from its Japanese voice cast, who put up an outstanding performance portraying the characters from the anime. And while the overall soundtrack is mediocre, there are surprisingly a handful of great tracks that are reminiscent of the anime.

All in all, Made in Abyss: Binary Star Falling into Darkness sadly provides a more frustrating experience than enjoyable. Despite making a good effort to adapt the series’ best attributes, its gameplay, short story, and poor performance greatly hinder the overall experience.