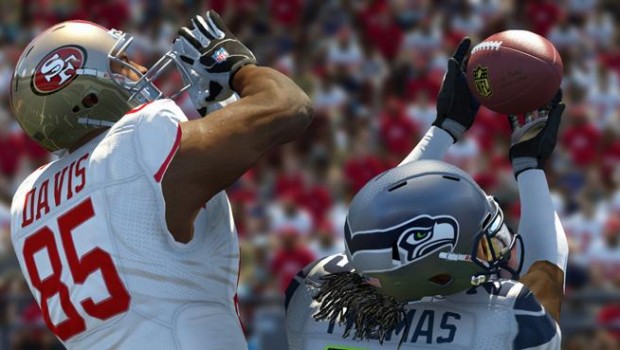 Madden NFL 15 delivers everything fans need to own their rivals on both sides of the field, including the most immersive defensive gameplay control in franchise history. Like the Super Bowl XLVIII champion Seattle Seahawks, you can win championships and bask in the glory of success by building a great defense fit to challenge the best offenses in the game. Fans will also experience an entirely new broadcast presentation that delivers Madden NFL game day like never before with dramatic all-new camera angles, as well as dynamic pre-game and halftime features. It’s not just football, it’s Madden Season.

This year EA is once again collaborating with ESPN to give fans the opportunity to select which player will grace the cover of Madden NFL 15. In light of last year’s record-breaking vote, fans can look forward to a highly-competitive contest featuring some big-name matchups and intense rivalries. Fans can tune in to the NFL Draft on ESPN and NFL Network on May 9 at 10am AEST for a special Cover Vote announcement.

Madden NFL 15 is developed in Orlando, Florida by EA Tiburon.