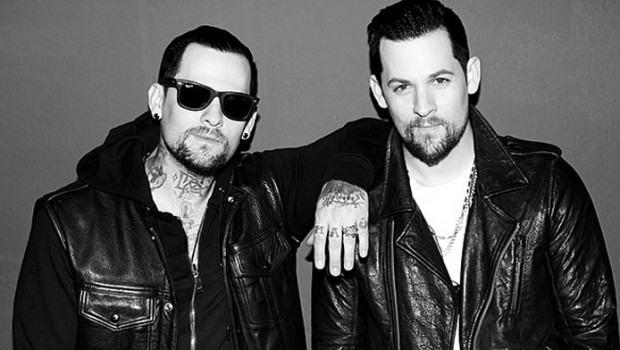 THE MADDEN BROTHERS TO KICK OFF NATIONAL TOUR THIS WEEK

The Madden Brothers will begin their national tour in Melbourne this Friday 31st October then head off around the country playing shows in Sydney, Gold Coast, Adelaide and finishing up in Perth on November 7th.

The Madden Brothers tour will feature first time performances of new music from their debut album ‘Greetings From California’ which claimed the #1 spot on the ARIA Album chart.   The bands infectious and soulful 60’s inspired first single ‘We Are Done’ hit #1 on the ARIA charts and surpassed 2 x Platinum sales.   The second single ‘Dear Jane’ was #1 most added at radio and also quickly became a radio favourite.  The third single from the album ‘Brixton’ will be serviced to radio this week.

“Soul. The Beach Boys. The ’60s. Hair, the musical. Electro pop. Americana. The ’80s. ELO. AM radio.  Hotel California.   Rarely did such words come to mind when Good Charlotte were making pop-punk kids pogo to Lifestyles Of the Rich and Famous. But after a three- year rebuilding project, in which Joel and Benji Madden re-emerged as The Madden Brothers, these are the words that fit with the new outfit’s first album, Greetings From California.”  Neala Johnson HIT

Tickets for The Madden Brothers tour are available now through www.ticketek.com.au

Having already earned a place in history with Good Charlotte’s radio-ready pop-punk sound captured on such albums as their 3 x US platinum (2 x Platinum in Australia) breakthrough The Young and the Hopeless and over 10 million combined sales from their 5 albums sold worldwide, Joel and Benji were eager to flex their creative muscles with an entirely new project.

“The idea was to not hide behind a band name or a genre, but rather to write some songs, and find someone to record them and help us deliver the truest picture of who we are musically,” Benji says.  Greetings From California, showcases the Maddens’ killer knack for melody, radiant sibling harmonies, and heartfelt story-telling.

Armed with a self-titled album and infectious pop melody in the form of their single ‘Going Insane’, Melbourne indie-pop outfit RED INK will open the national tour as support act.

For updates on tour and ticket information, visit:  www.livenation.com.au & www.ninelive.com.au