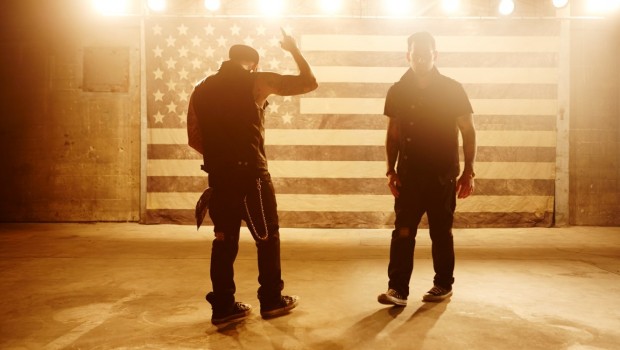 Tickets on sale Monday, 4 August at 10am

WEDNESDAY, JULY 30, 2014 – The Madden Brothers have taken Australia by storm with their platinum certified smash single ‘We Are Done’, from their debut album Greetings From California to be released on September 12.  Joel and Benji Madden will bring the live experience of their album straight to Australian fans when The Madden Brothers tour nationally in Australia kicking off in Melbourne on October 31, 2014.

Joel and Benji have procured a massive Australian fan base through Good Charlotte, and now the brothers have become honorary Aussies through Joel’s role as coach n both seasons of ‘The Voice’ and together as co-coaches on Australia’s debut season of ‘The Voice Kids’.

Advance tickets for The Madden Brothers tour will be available to My Live Nation members via livenation.com.au as well as My Ticketek members via ticketek.com.au from 2pm Thursday July 31 until 5pm Sunday 3 August (local time).

Tickets for The Madden Brothers tour go on general sale at 10am (local time) on Monday 4 August through Ticketek.

Having already earned a place in history with Good Charlotte’s radio-ready pop-punk sound captured on such albums as their 3 x US platinum (2 x Platinum in Australia) breakthrough The Young and the Hopeless and over 10 million combined sales from their 5 albums sold worldwide, Joel and Benji were eager to flex their creative muscles with an entirely new project.

“The idea was to not hide behind a band name or a genre, but rather to write some songs, and find someone to record them and help us deliver the truest picture of who we are musically,” Benji says.  Greetings From California, showcases the Maddens’ killer knack for melody, radiant sibling harmonies, and heartfelt story-telling.

For updates on tour and ticket information, visit:  www.livenation.com.au & www.ninelive.com.au