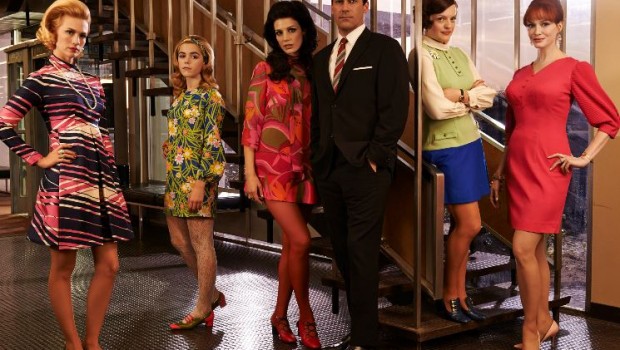 The winner of four Primetime Emmy® Awards and three consecutive Golden Globes® for Outstanding Drama Series, Mad Men is marking the end of an era for one of television’s most celebrated shows. Created by Matthew Weiner (The Sopranos, Fargo), the highly anticipated conclusion of the series follows for the last time the complex lives of Don (Golden Globe® winner Jon Hamm), Peggy, Roger, Joan, Betty, and Pete as their stories come to an end. Viewers will be able to take their last look at Madison Avenue’s finest advertising professionals.

Leaving behind the swinging 60’s, the agency’s partners are now all wealthy after accepting a buyout from a much-larger firm, but they seem as lost and frustrated as ever. Don (Hamm) has returned to his womanising ways whilst dealing with finalising his divorce with Megan (Paré) and struggling with the pressure of working in an increasingly corporate environment. Desperate to escape it all, Don attempts to run away to reinvent himself once again.

Meanwhile, Betty (Jones) reveals her desire to pursue a degree of psychology and Pete (Kartheiser) is given an opportunity that could change both his professional and personal life. As Joan (Hendricks), Roger (Slattery), Peggy (Moss), and Ted (Rahm) all embark on new love affairs, Don receives devastating news about Betty that could tear his whole world apart.

Don’t miss the final season of one of TV’s most successful shows as the final series of Mad Men comes to a heart-wrenching close. Complete with exclusive bonus material, including a behind-the-scenes commentary and fun facts.