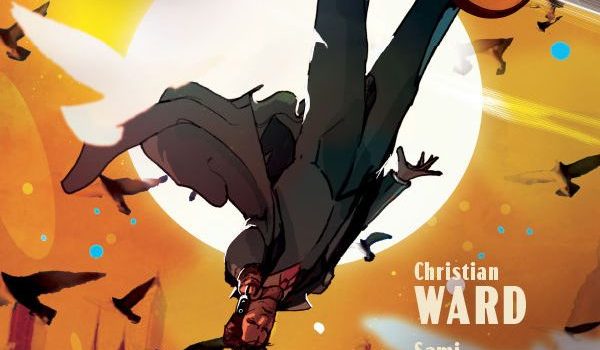 Summary: Set in prohibition era Chicago Al Capone has become a powerful wizard by making a deal with an inter-dimensional toad.

Al Capone and the toad

Set in prohibition era Chicago Al Capone has become a powerful wizard by making a deal with an inter-dimensional toad so it could get back to its’ own dimension. Unknown to the toad he has been selling its’ magic to build his empire and plans to imprison it on Earth forever. Elliot Ness and his Untouchables are on the case but are up against it at this point.

This series was formerly named Tommy Gun Wizards but has just changed its’ name for unknown reasons. This is the finale of the series and based on this one I would like to read the previous three in the series to see how it got to this point.

Although there is magic used in the story it does seem to be grounded and guns have just as much use as normal since some people cannot use the former.

You do not really get introduced to the characters at this point but it is still fairly easy to follow. The magic toad does not really talk but you still hear its’ thoughts.

Great hard-bitten dialog and a gritty art style that goes well with the more fantastical elements makes this one to look for if you are into something different.

Maybe pick up the collected edition once it is out to catch up with the rest of the story.