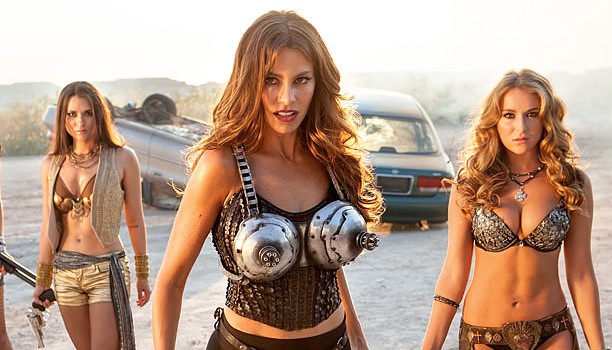 MACHETE KILLS, the thrilling sequel to MACHETE, and this time he’s on the right side of the law. After losing his partner in a violent sting operation gone awry, Machete is enlisted by the President of the United States to complete a deadly mission that would be impossible for any mortal man.

His mission takes him to Mexico, where he must take down Mendez (Demian Bichir), a notorious billionaire arms dealer, and halt his plans to unleash war and anarchy across the planet. This wild ride will pit him against a barrage of ruthless hit men, mercenaries and Voz (Mel Gibson), Mendez’s co-conspirator, who has suspicious plans of his own. Joining his sisters in arms, Luz (Michele Rodriguez) and beauty queen come fatal assassin, Miss San Antonio (Amber Heard), Machete will battle his way through Mexico in a film that is, as FilmInk asserted, “pure, unadulterated fun.”

As director, Robert Rodriguez comments; “MACHETE KILLS is the movie that shows Machete is truly a super hero.”