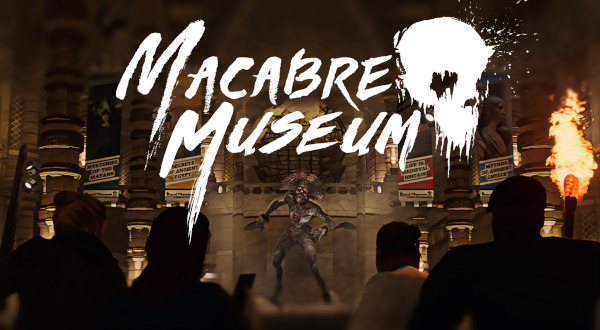 New indie studio, Different Monster, is pleased to announce Macabre Museum, a thrilling adventure horror title in which players take a terrifying tour beyond the limits of time and space.

Step through the doors of the museum and enter worlds inspired by the wonders of exploration and history, venturing across time to Ancient Egypt, Historic Mesoamerica and beyond. But beware of the dangers that lie ahead as you uncover the secrets of these extraordinary exhibits.

You can escape the Macabre Museum with three friends in 4-player co-op mode, or on your own, if you’re brave enough to wander the eerie museum halls alone. With friends, you’ll need to work together to face each sinister trial if you plan on leaving alive. But Macabre Museum isn’t just team-building and time travel; it’s a nod to childhood favourites delivered in a dark, adrenaline-inducing action-packed game. Journey through nightmarish exhibits, facing swarms of creatures, fighting monsters and having to use your smarts to find the way out.

“We’ve been really inspired by nostalgic movies and TV shows, and that feeling you get when walking around a museum and just imagining what would happen if the mummy in the display case suddenly woke up!” Different Monster’s Creative Director says, “we’re very excited to announce Macabre Museum and share what we’ve been working on with the gaming community. This announcement trailer is just the start, and we can’t wait to show everyone more soon!”

To keep up with the unfolding mysteries of Macabre Museum, head to www.macabremuseumgame.com, follow on TikTok and Twitter, join in on Discord and wishlist on Steam.