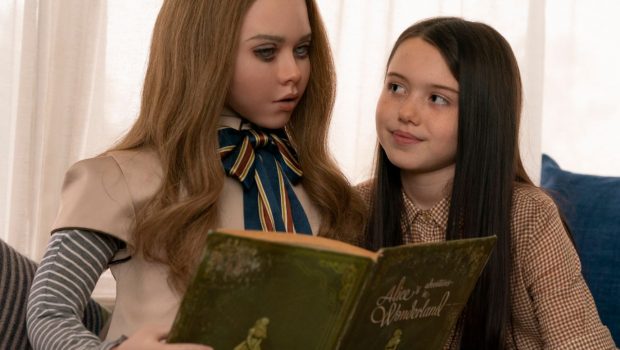 Fun satirical elements fail to overcome M3GAN’s lack of originality and artistic finesse. As the plot ticks down to an overly foreseeable conclusion, it is interesting to consider how Stanley Kubrick and Steven Spielberg might have enriched the concept of a killer female doll. Kubrick’s science fiction epic 2001: A Space Odyssey (1968) already featured one of the most dangerous robots in film history, HAL 9000. Later, Spielberg and Kubrick famously collaborated on concepts, themes, and effects for a film about a boy robot. The long-developed film, AI: Artificial Intelligence (2001), ranks as one of the most peculiar entries in Spielberg’s filmography. It is now a question of whether M3GAN, an uneven mixture of comedy, horror, and science from Blumhouse Productions, distinguishes itself from these heavyweight entries about robotics. It is also questionable whether it has the visuals to express its broader ideas around consciousness and modern parenting. Sadly, the film is too much like the very toys it parodies. It is initially diverting and humorous but not built strong enough to last.

The story is framed around a tragic road accident. A family, including a young girl named Cady (Violet McGraw from The Haunting of Hill House), are driving through a violent snowstorm. Unable to see, the family’s car is soon demolished by a truck and Cady’s parents are killed. The only person who can now care for Cady is her aunt, Gemma (Get Out’s Allison Williams). Gemma is a roboticist at a major toy company called Funkie. She is pressured by her boss, David (Ronny Chieng), to meet an important deadline. He wants her to develop a cost-efficient doll for their clients. The pressure of work makes caring for Cady difficult, especially when Gemma has few toys at home (odd), except electronic gadgets and collector’s items. With a looming deadline, Gemma strikes gold. With the help of her assistants, Tess and Cole (Jen Van Epps and Brian Jordan Alvarez), she engineers a robot doll named M3GAN (Model 3 Generative Android) who electronically ‘pairs’ with Cady. M3GAN (voiced by Jenna Davis and performed by gymnast Amie Donald) scans the world around her, records conversations, and befriends Cady. However, Cady’s attachment and M3GAN’s increasingly nefarious behaviour makes for a damaging bond Gemma struggles to control.

Filmmaker Gerard Johnstone’s directorial work on M3GAN forgoes consistency and style. He creates very few lasting images with his camera. The actors are filmed in bland mid-shots so the backgrounds behind them are blurred. There is nothing visually distinctive about the modern decor of Gemma’s home apart from an Alexa-type device. This is problematic since the story’s action is staged here. The only visually striking scene is a contrived chase through the woods where M3GAN pursues a bully. The lack of flair is attributable to a tiny budget of just $12m. Most of the budget is visible in the protagonist’s strong design. M3GAN, a mixture of animatronics, CGI, and puppeteering is voiced effectively by Jenna Davis. Though it would have been impacting if the jump scares around her were less telegraphed by Johnstone’s framing. One scene in Gemma’s yard works, but there is a cliché moment where her face is buried in her laptop, only to see M3GAN watching her across the room. It is true that films about killer dolls will always elicit laughs. However, Johnstone is indecisive about the mood around these scares. The tone wavers between a funny, sarcastic take on toy companies to an earnest, conventional drama about family wounds.

While comparisons to other films about killer robots and murderous dolls are easy, it is harder to determine if M3GAN ever leaves its predecessors’ shadows. Quick comparisons to the Chucky horror series have been drawn. There are no story twists or unique beats to surprise us. M3GAN appears harmless but grows conscious and increasingly violent before an inevitable showdown. Writer Akela Cooper, working from a story she developed with producer James Wan, tries altering this trajectory with scientific themes and family tension. There are allusions to how modern gadgets, such as Amazon Alexa, contain recording devices to capture people’s conversations. This inclusion, along with M3GAN’s refusal to turn off and her murder spree, repeats the themes of autonomy explored long ago in 2001. Similarly, the idea of toy companies infiltrating our homes was parodied in The Simpsons when the ‘Funzo’ toy destroyed its competitors. The novelty here is a female doll as the villain, which is a fun, knowingly ridiculous gimmick. Though why exactly M3GAN turns evil is astray unless one applies Azimov’s Three Laws of Robotics to the action. It would have been more interesting if M3GAN’s flawed coding resulted from something in Gemma’s psychology or past. 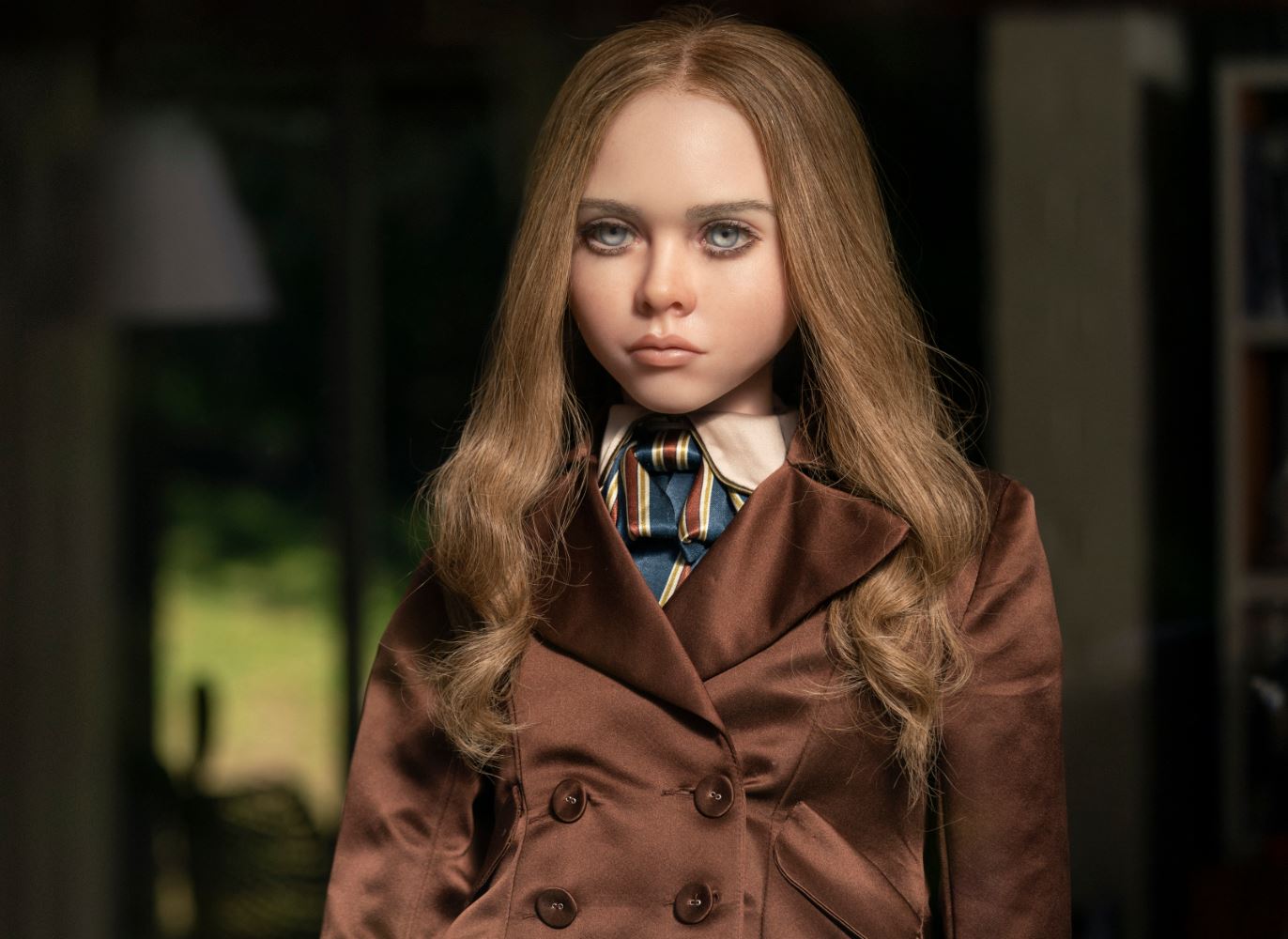 Cooper’s script needed work to overcome the derivative themes and sizable gaps in logic. For example, David pressures Gemma into make a cheaper doll in a small timeframe. She somehow constructs a robot so sophisticated it is mistaken for a real child. There are no rules or limits for what the doll can perform, only what the script demands per scene. M3GAN sprints like an animal through the woods, dances, steals a car, and strangles people with super strength. If this is an early prototype, then God help us. It is a pity the conventional slasher elements eclipse more interesting ideas about grief. While busy working, Gemma uses M3GAN as a substitute parent. The doll provides Cady with the companionship she lost once her parents died. This attachment to M3GAN sees Cady become increasingly disobedient and angry when Gemma asks her to switch off the doll. Their inseparability could have replaced the violent clichés and propelled the story to a unique ending. Instead, clunky pseudo-scientific dialogue spells out how Cady is undertaking what a therapist calls attachment theory.

Sometimes M3GAN’s weird tonal shifts are at odds with how the actors’ approach the material. The film opens with a very funny infomercial for a doll that dispenses pellets after being fed. Yet the way the actors are directed suggests they were not all in on the same joke. Allison Williams plays her role with complete seriousness. She is effective at showing how overworked Gemma is from balancing work and childcare. However, after the funny opening the lack of irony in her performance is strange. It is also bizarre how Gemma never appears very upset about her sister dying. Violet McGraw’s best scenes involve Cady becoming increasingly rebellious. There is also an effective moment where she tells M3GAN she misses her parents that injects much-needed emotion. The hilarious comedian Ronny Chieng plays David well like a petulant child, but his brutal comedic instincts are subdued. Evidently, some actors are dead serious while others play their roles for laughs. Meanwhile, the side characters, such as Gemma’s difficult neighbour and David’s assistant, are forgettable. Their dialogue only reinforces the themes or works to establish a newly announced sequel. 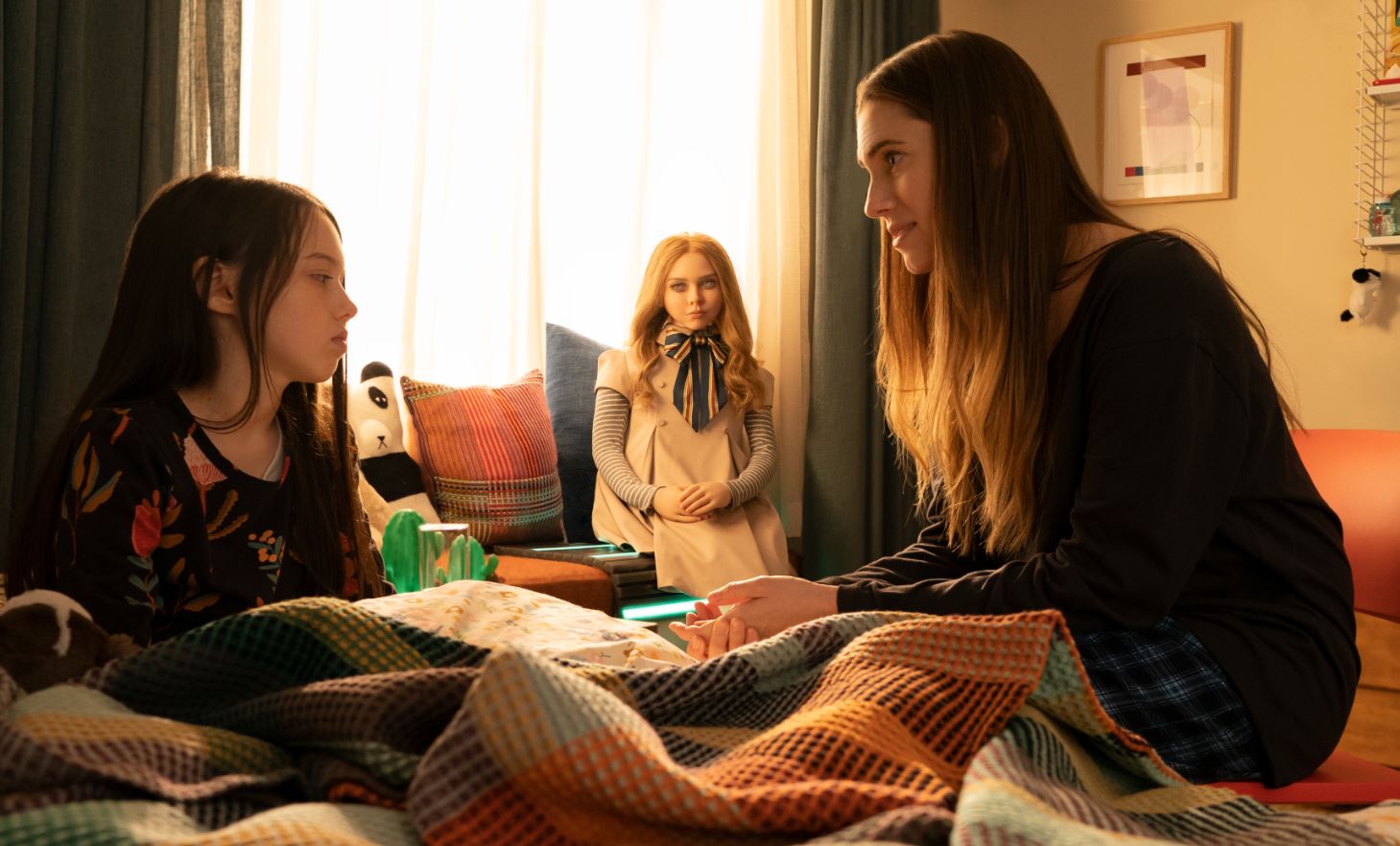 While not a terrible film or an outright disaster, M3GAN fails to capitalise on its most interesting concepts around autonomy and grief. There are fleeting moments where the film humorously shows how superficial commercialisation is and how dubious toy companies can be as they attempt to substitute quality parenting with their crummy products. Meanwhile, the idea of a grieving child being inseparable from a toy that alters their behaviour is such a fascinating idea it begs to ask why Johnstone and Blumhouse did not explore this premise in finer detail. Instead, the film is a hodgepodge of different moods, loose ends, and spare parts. Although the humour lands, it is too infrequent for M3GAN to be an outright comedy and undermines the horror elements’ impact. Despite glimpses into the story’s tragedy, the slasher scenes are largely routine and overshadow potentially complex family dynamics. While the film is everything it says on the box, substance is sold separately. 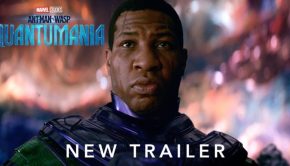