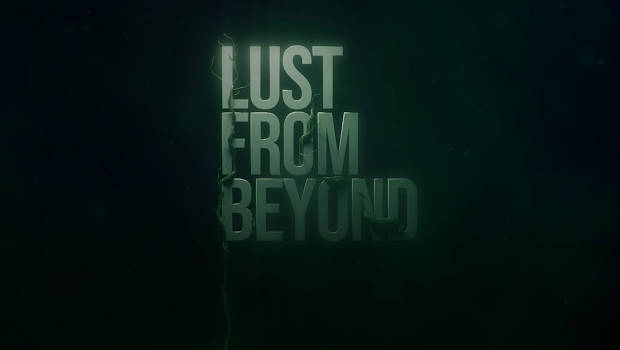 Lust From Beyond PC Review

Sex tends to be packaged with lots of things to get sales… hence the saying “sex sells”. All anyone has to do to see how common sex and horror/violence is as a marketed combination is look at any horror movie from the 1980’s. Lust from Beyond somewhat follows in those footsteps. There is sexual material here… but it is arguably far more focused on horror to the extent that at least some of the sexual material is itself quite horrible. 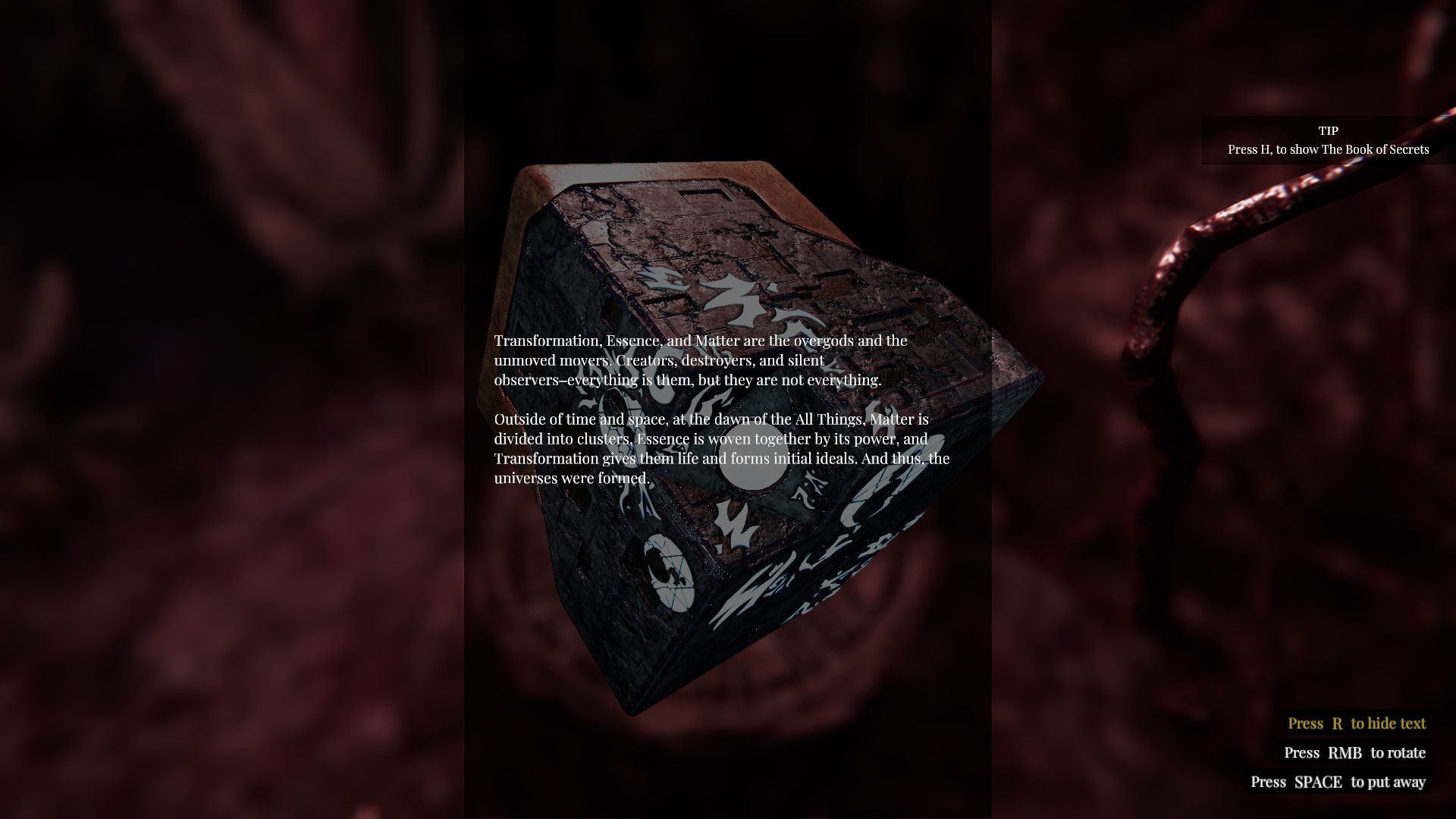 I was drawn to this primarily due to the stated influences of Lovecraft, Giger and Beksinski (and the potential for erotic elements as well). As far as the artistic inspiration, I was not disappointed, even just a quick look at some of the preview images will bring to mind a lot of H.R. Giger’s biomechanoid artwork (obviously the design of Alien but the scenery here shares more similarity than with his work on the interior of the Alien ship rather than the creature itself. But then there is the sex. The game does point out that people may be offended by the game and offers a censored version… but I don’t recall it ever warning of possible triggering elements and yet that is exactly what it has, quite early in the game. SEMI SPOILER/TRIGGER Early on there is a scene in which you have sex with your partner… but it quickly turns sinister when she asks you to slow and instead you go faster… she ends up pleading with you to stop and you seem to completely ignore her. As the partner of someone who has dealt with sexual assault and even just as someone who (at times) is sensitive to others feelings… I found this scene particularly hard to experience. 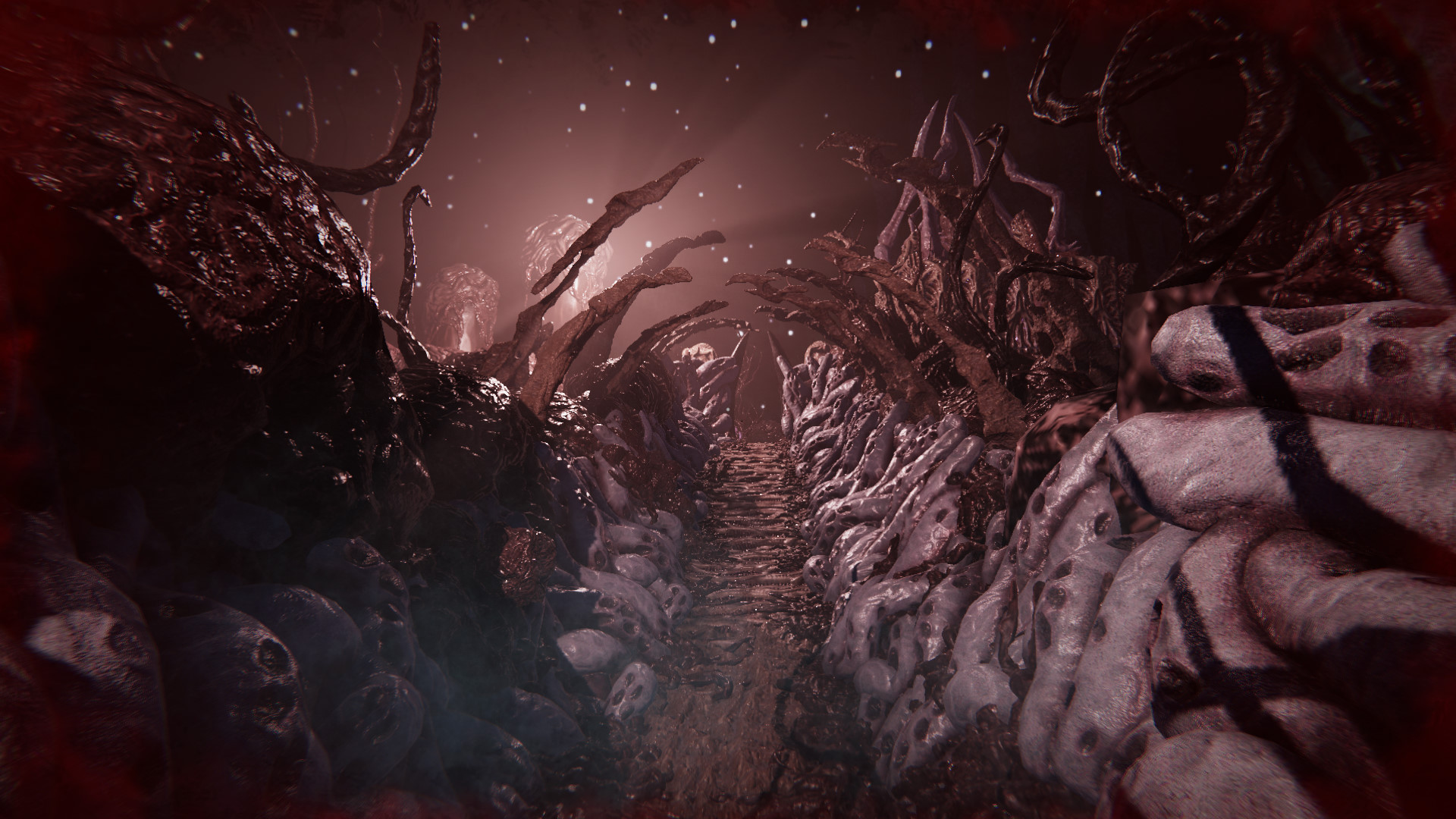 This does lead me to the story… it’s not great. It doesn’t  help when the protagonist is portrayed as a seemingly uncaring, cruddy person… that is further exacerbated by dialogue that is pretty shoddy at best and a story that seems a bit clunky in parts. It’s not all bad… there are elements to it that seem like they could work quite well if fleshed out more or refined somewhat. There’s almost a Lynchian/Cronenburg feel to some of the game. 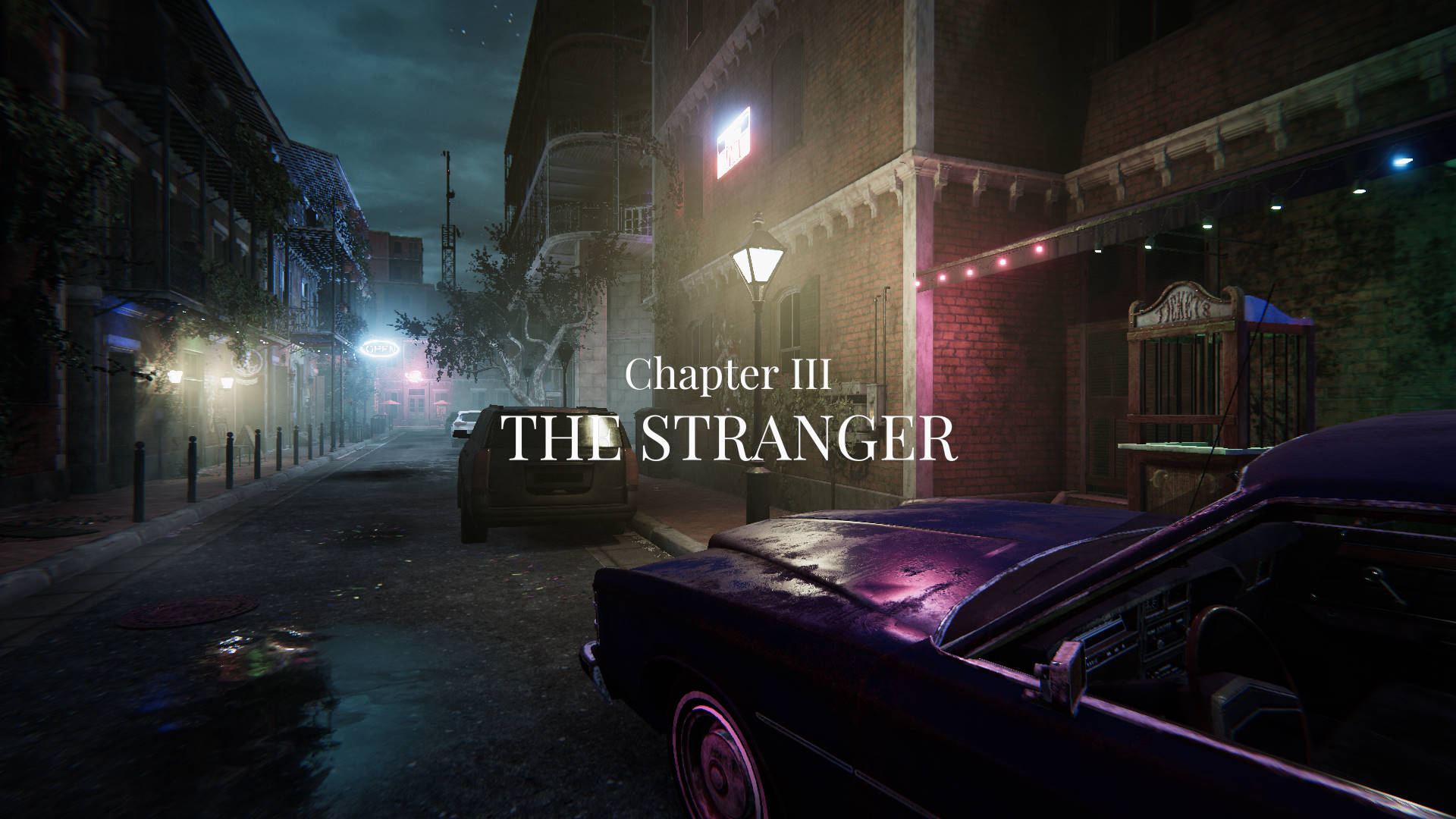 Gameplay is an area that I find a bit lacking. I’ll be up front and say I’m not a fan of survival horror (I have been pleasantly surprised by titles in the past… but it’s rare). The core concept of the game is you need to sneak around to find items to advance the story… occasionally this will involve avoiding enemies… other times it simply involves exploring to find Item A to use with Item/location B. But unfortunately the game committed one of (I think) the big sins of game design when it had scenario in which an object that you would clearly need later is sitting very clearly, standing out as an object clearly intended to be used and yet it can’t be accessed until you do something else… in this case, pick up and read a note that is only a short distance from the object. The sneaking mechanic is also pretty questionable considering I once found myself in a bedroom crouching by a bed but otherwise completely in view of the door that enters the room… an enemy came in facing me directly, looked around, then left. The room was dim but not pitch black and there was nothing hiding me… as much as I hate these sneak around type elements of games, I still don’t think it’s right to be able to simple crouch to become effectively invisible. 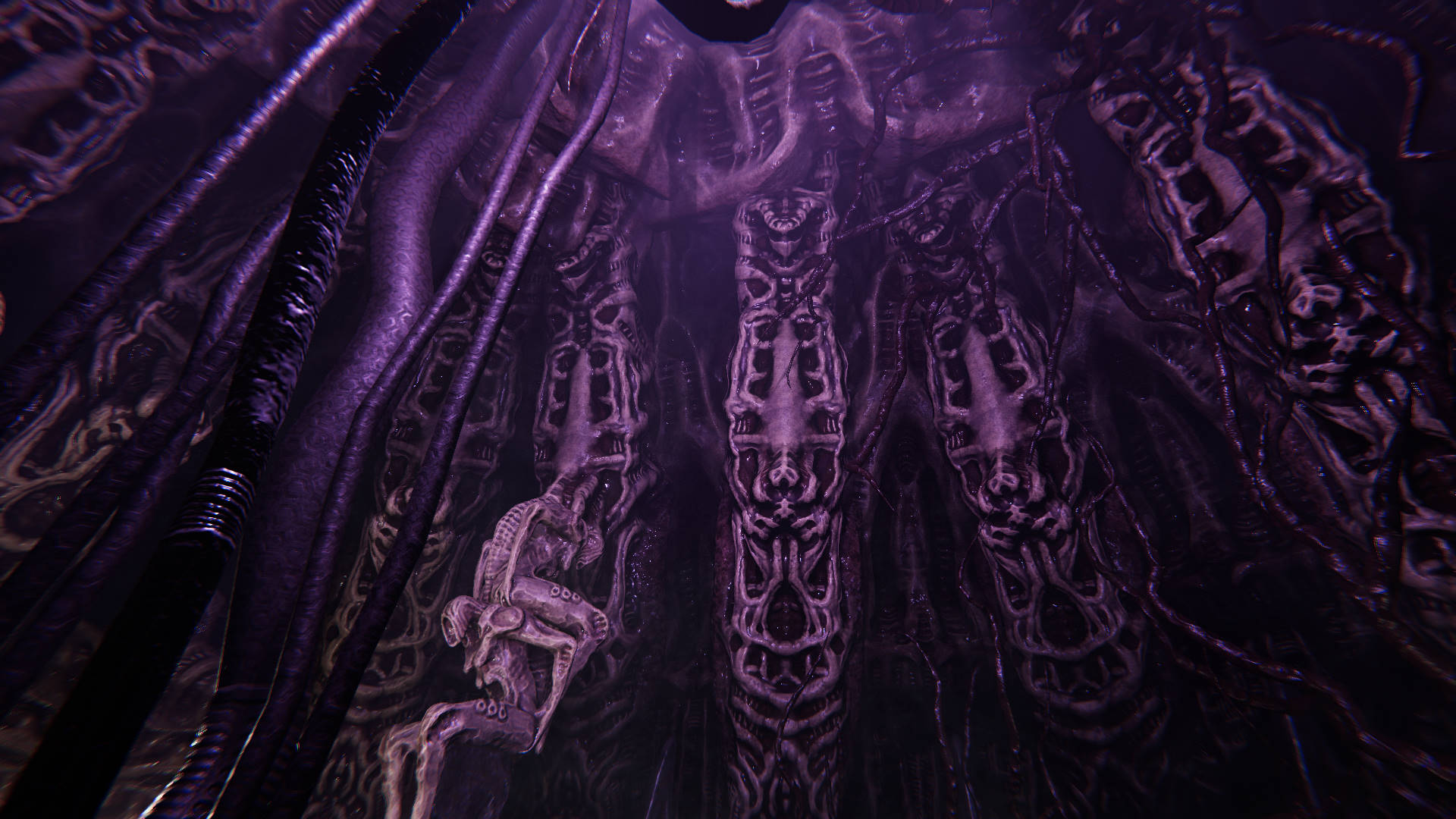 But judging from other people’s response to the game, I’d have to conclude that it’s simply just not my cup of tea or geared towards me (obviously from what I’ve said here already). I certainly appreciated the “set dressing” the artworks on the walls are lovely to view in and of themselves. I appreciate the visual influence and think that overall the visual presentation is impressive. But the gameplay and story left me “limp”. If you’ve enjoyed the other games in this series or you’ve thought “Gee, you know what Alien Isolation is lacking… odd sexual acts/characters” then this could be right up your alley. 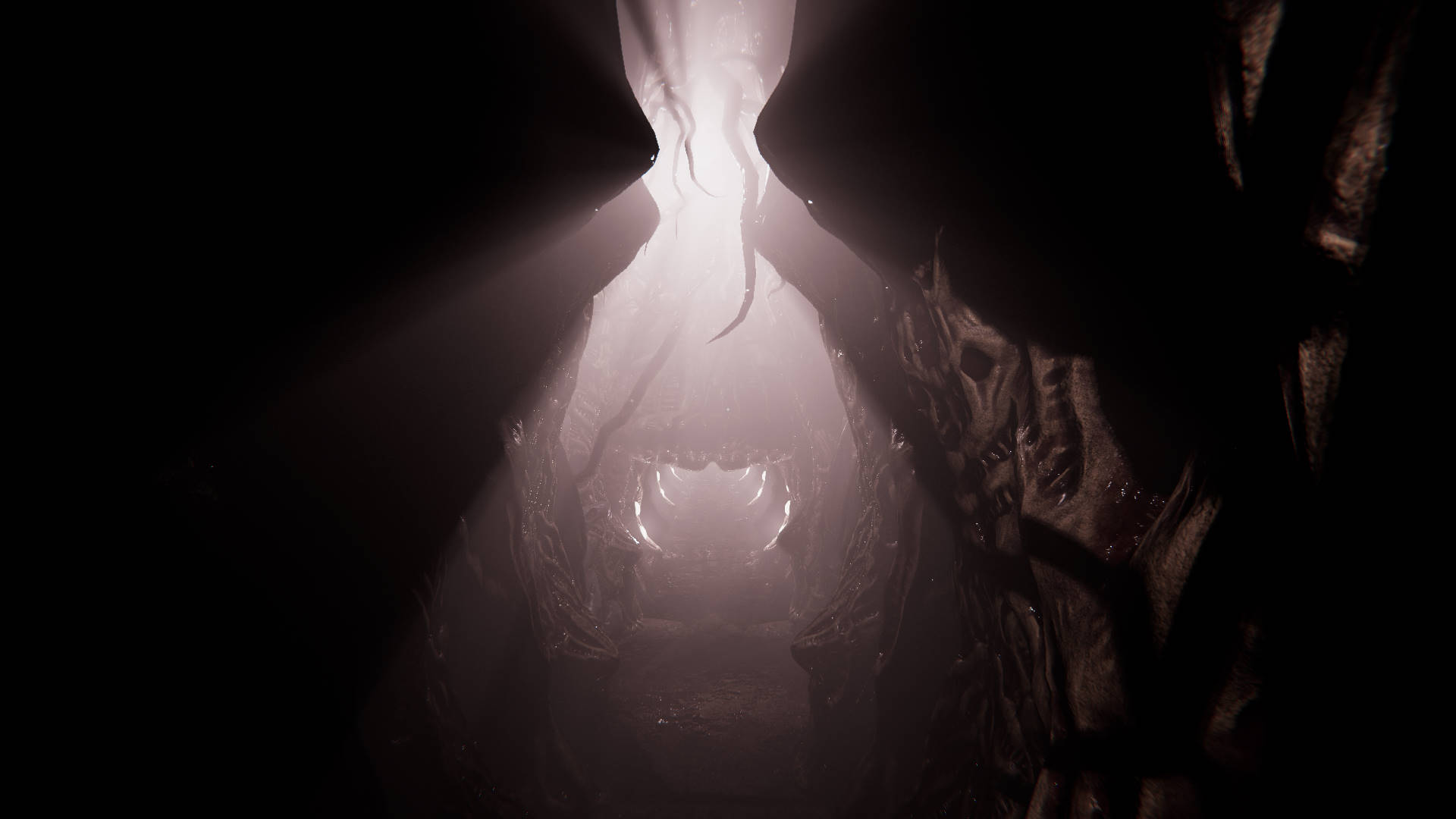 Not recommended… unless survival horror with a sexual horror twist is your thing.