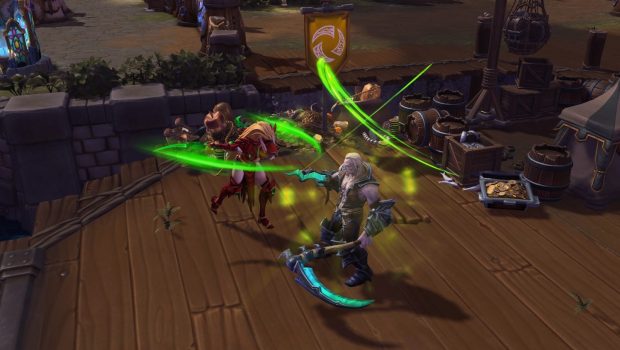 Lunar Festival Event Coming to Heroes of the Storm; New Hero, Valeera, Available to Test on the PTR!

Excitement awaits during this year’s Lunar Festival event in Heroes of the Storm! Over the next few weeks, you’ll be racing to complete new special event quests that offer handsome rewards, you’ll find a few new skins and mounts in the Shop, and you may even spot a few fireworks at the end of your matches. The revelry kicks off Wednesday, 25 January AEDT/NZDT, and lasts until February 15 AEDT/NZDT! You can find more information about the Lunar Festival Event on the official Heroes of the Storm website here.

The latest Heroes of the Storm patch has just arrived on the Public Test Realm (PTR) and will be available for playtesting until January 25. During this time, players on the PTR will be able to play the latest hero coming to the game, Valeera, and test the Lunar Festival content before its release next week! Valeera is an exciting new assassin from World of Warcraft, and her shadowy skills make her a natural fit for the Nexus. Valeera’s trait is Vanish, and allows her to shift into stealth mode and increase her Movement Speed by 10%. She has two sets of abilities: her basic skills can be used when visible, while her vanish abilities can only be activated when stealth is engaged. Valeera’s first heroic abilities is Smoke Bomb, which creates a cloud and allows her to pass through other units; additionally, she also gains 25 armour, reducing damage taken by 25%. Her second ability is Cloak of Shadows, and immediately removes all damage-over-time effects, and makes her unstoppable for one second. It also grants 75 spell armour and reduces damage taken by 75%.