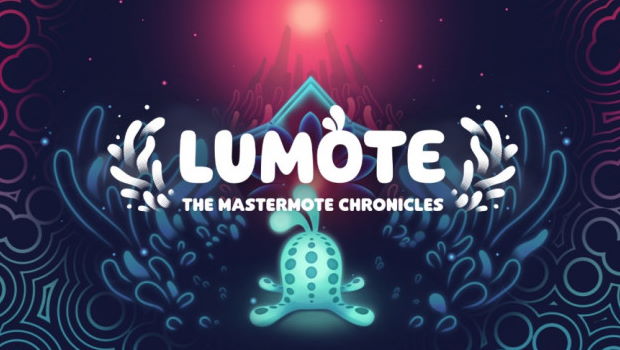 Summary: Explore the depths as you attempt to return the luminous world back to blue.

If Avatar 2 was presented as a game for children… Lumote would probably share a lot of visual elements with it. Potentially drawing from James Cameron’s hit film but more likely drawing from (I assume the same source that Mr Cameron drew from) the many bioluminescent creatures in the deep ocean, Lumote and the world around them, positively glows! 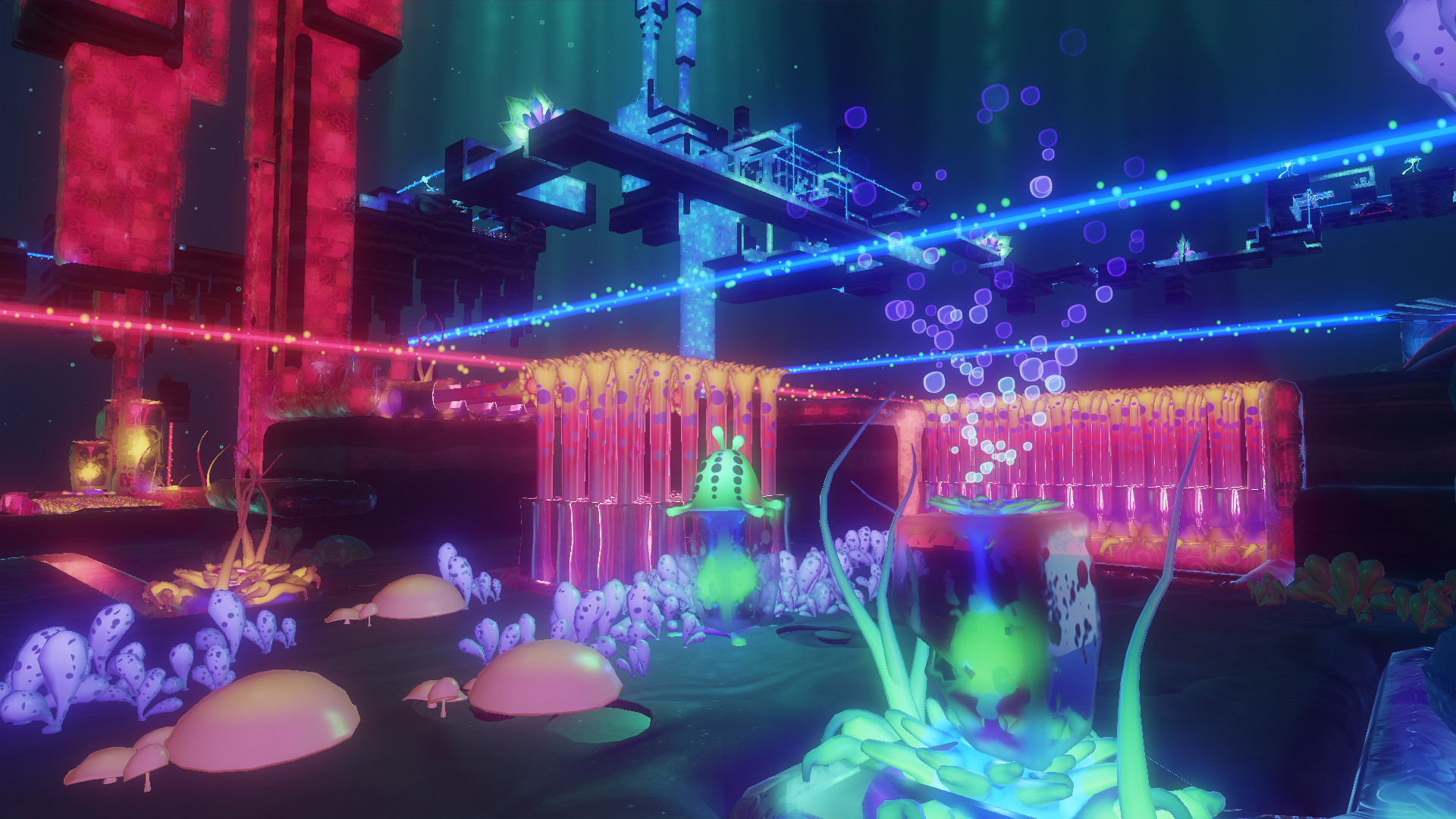 The game is essentially a puzzle platformer and it does that quite well. Lumote can jump and bop around the levels, activating and deactivating certain elements. Jump on what looks like an anemone and it will react by either shooting upward or possibly retracting. Jump on and bop down to latch onto various objects/creatures in order to move them to give you better access to other parts of the area. Things start simply… activate the nodes to return the stage to blue and you can pass through the portal. As you get further in you begin to need to interact with the environment more… move things around to trigger other elements to keep you moving towards your target… the mastermote. 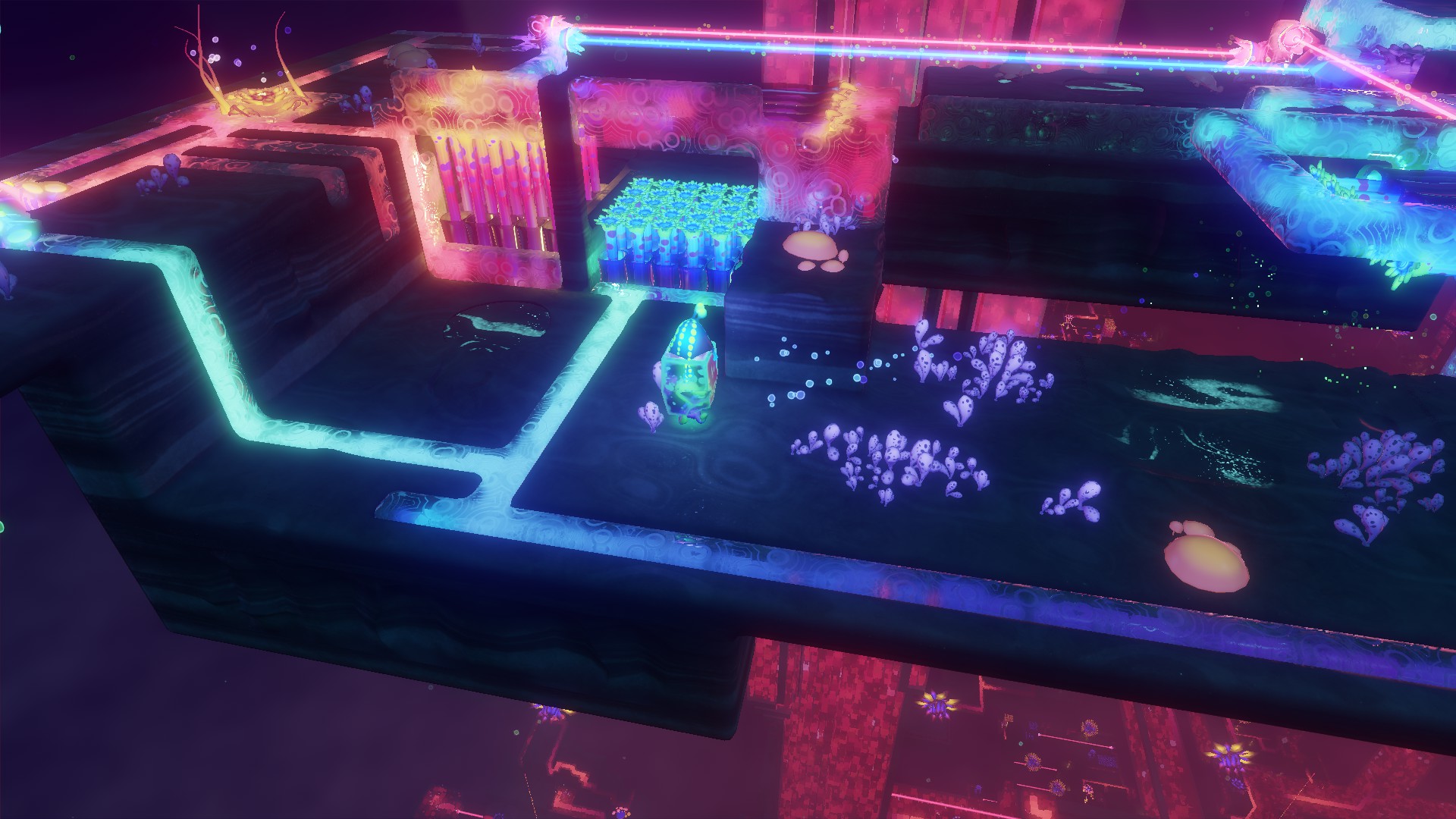 The pacing of the game, the rate at which things start to become more complicated, feels just right. I was bopping along quite happily before I came to a level where I couldn’t immediately figure out what to do… after a moment of lateral thinking I realised how to proceed and sure enough I was able to. That’s the sort of thing that makes for a great puzzle game in my mind. Something that will let you make progress reasonably easily to start with… then will throw a new challenge or two at you that makes you stop and think how you can use what you’ve learnt to this point in order to progress. 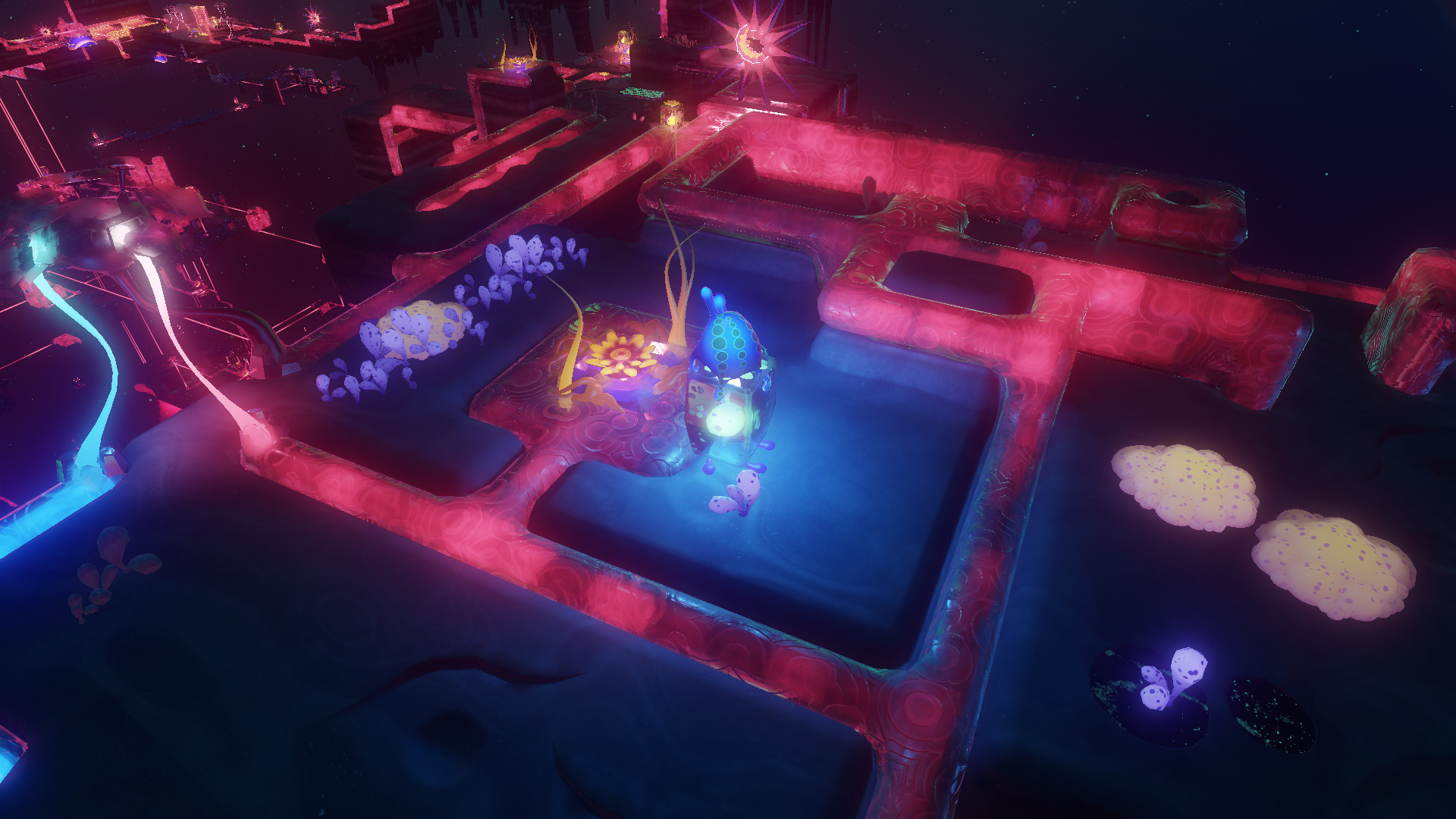 But those visuals! If you haven’t already, you should actually look up bioluminescents, there are some truly amazing looking creatures in the deep parts of the ocean. Using that landscape as a backdrop creates an instant visual lure (much like an Angler Fish)… if you see the visuals for this game, it’s hard not to be drawn in and want to know what it’s all about. Fortunately when you do dig a bit further, you find it’s quite a fun game and the amount of communication our little squishy pal can achieve without really talking is impressive. 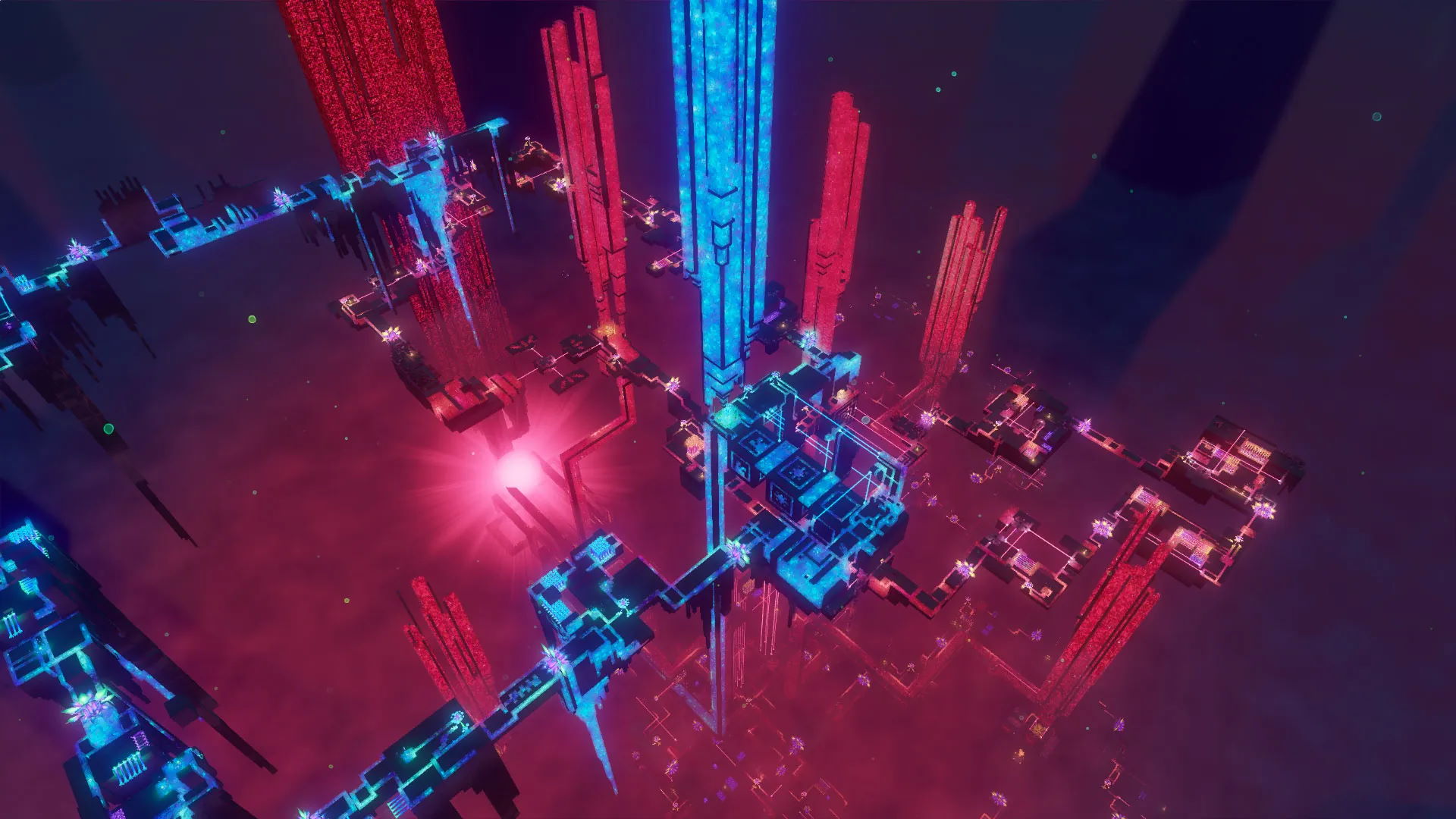 Lumote: The Mastermote Chronicles is a game that everyone in the family can enjoy, that’s a pretty big bonus for those of us with young ones in the family and certainly make a difference from all the more mature themed games that we have to wait till the little ones are asleep or at school to enjoy. The controls are simple enough to pick up and use without much thought… ie they are quite intuitive. 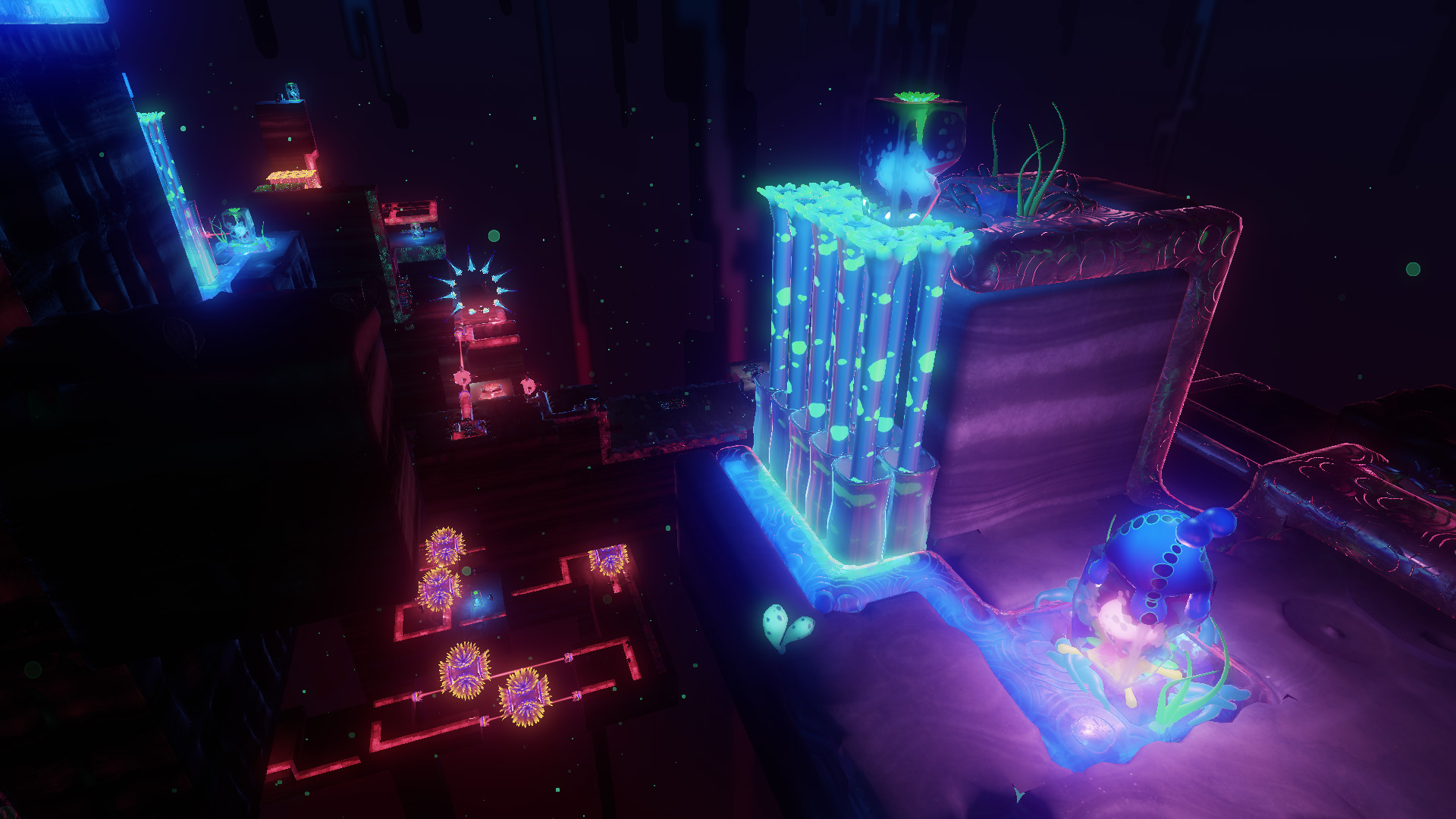 It’s a pretty decent price and considering I could just sit and watch the beautiful colours dance across the screen whether I’m trying to complete the level or just chill for a while, you can get a decent bit of play time out of it. Grab a copy if you like a bit of puzzle gaming or if you just like some pretty visuals, either way Lumote: The Mastermote Chronicles is likely to put a grin on your face.