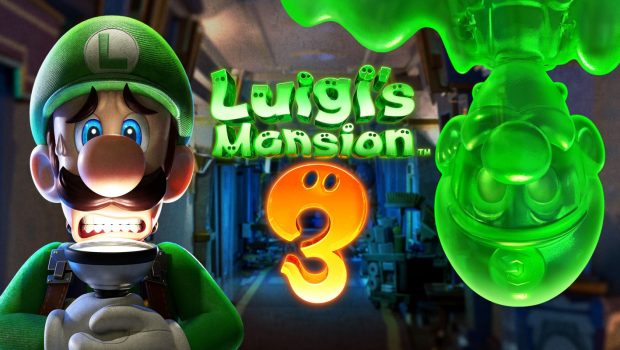 My review of Luigi’s Mansion 3 can be summed up into a single statement: this is the best Luigi’s Mansion game in the series, simply because it takes everything that makes the Luigi’s Mansion games so compelling and adds a little extra. The environments are more exciting and have more variety than anything the series has seen before. A number of new abilities have been added to make for some excellent exploration-based puzzle solving, and the introduction of multiplayer adds a whole new dynamic to the series. Of course, the delightful humour and charm the series is renowned for is as strong as ever too. 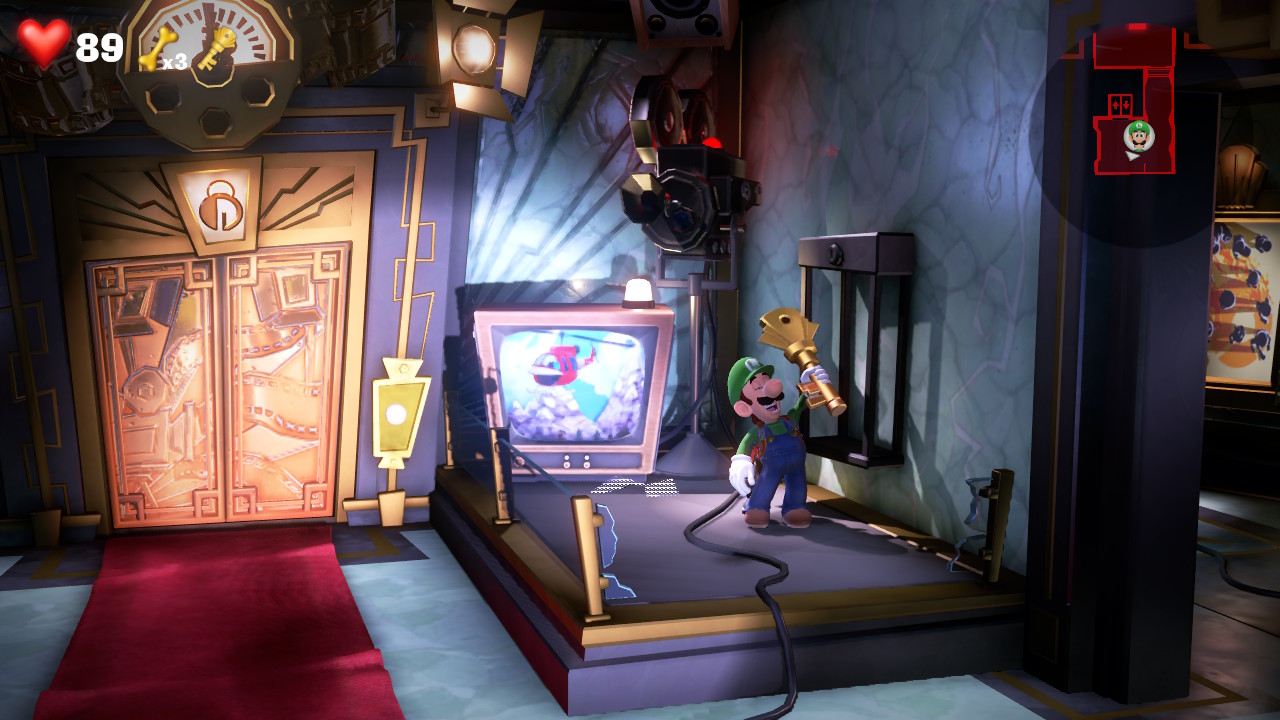 For those that are unfamiliar with the legacy, Luigi’s Mansion was originally released for the Gamecube back in 2001 and a sequel was released for the 3DS in 2013. The series stars the Mushroom Kingdom’s very own Luigi as a ghost-hunting hero equipped with a variety of tools that he must use to explore various haunted dwellings in order to expunge them of the pesky ghosts residing within. Luigi’s Mansion 3 follows this same premise: Mario, Peach and her Toad servants have been trapped by the evil King-Boo in a haunted hotel. It’s up to Luigi to scour the hotel one floor at a time in order to find his friends and rescue them. 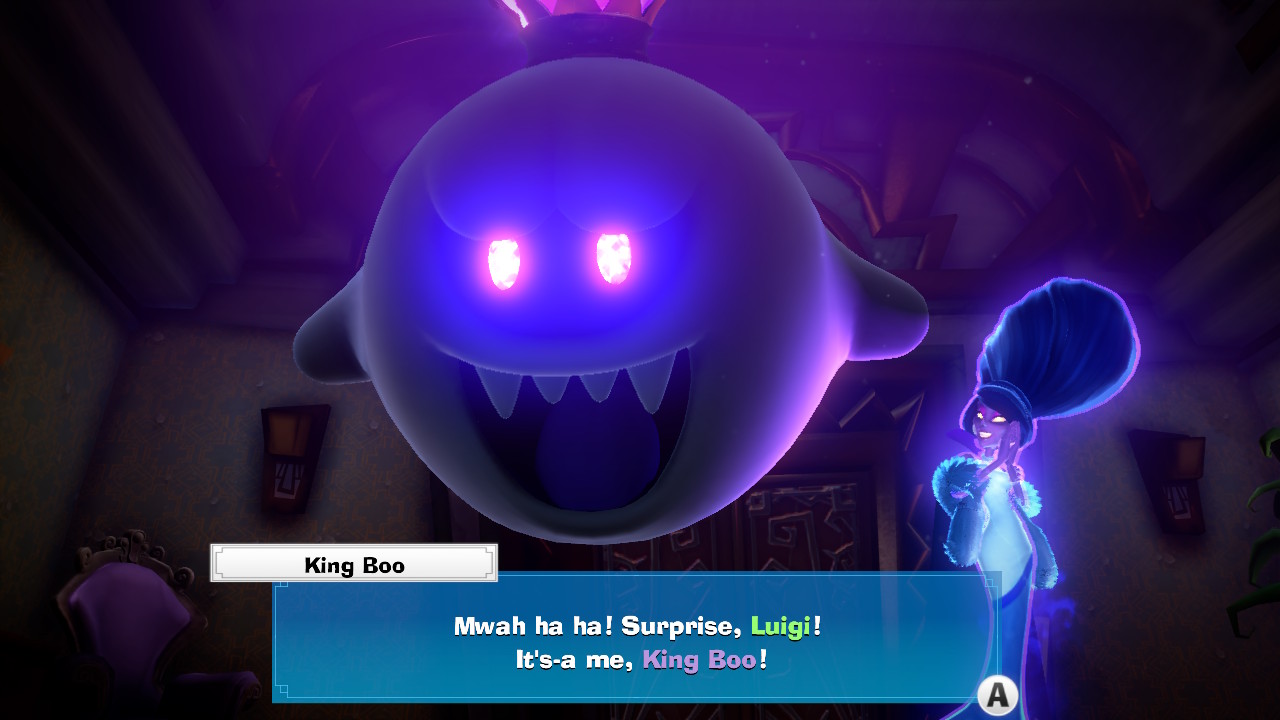 Equipped with the Poltergust G-00 (a multi-purpose ghost-capturing vacuum), Luigi must explore each floor of the hotel in order to find the missing elevator button that allows him to travel up to the next floor. Each floor is thematically unique and is haunted by a powerful boss ghost that must be defeated in order to retrieve the prized elevator button. These boss fights are often a spectacular (and humourous) culmination of the mechanics and themes presented throughout the level that you’ve just completed and present some of the more complex challenges that Luigi’s Mansion 3 has to offer. Some of these boss fights can drag on a little too long and push the boundary between challenging and tedious, but for the most part they work as a fun, epic finale before moving onto a new level. 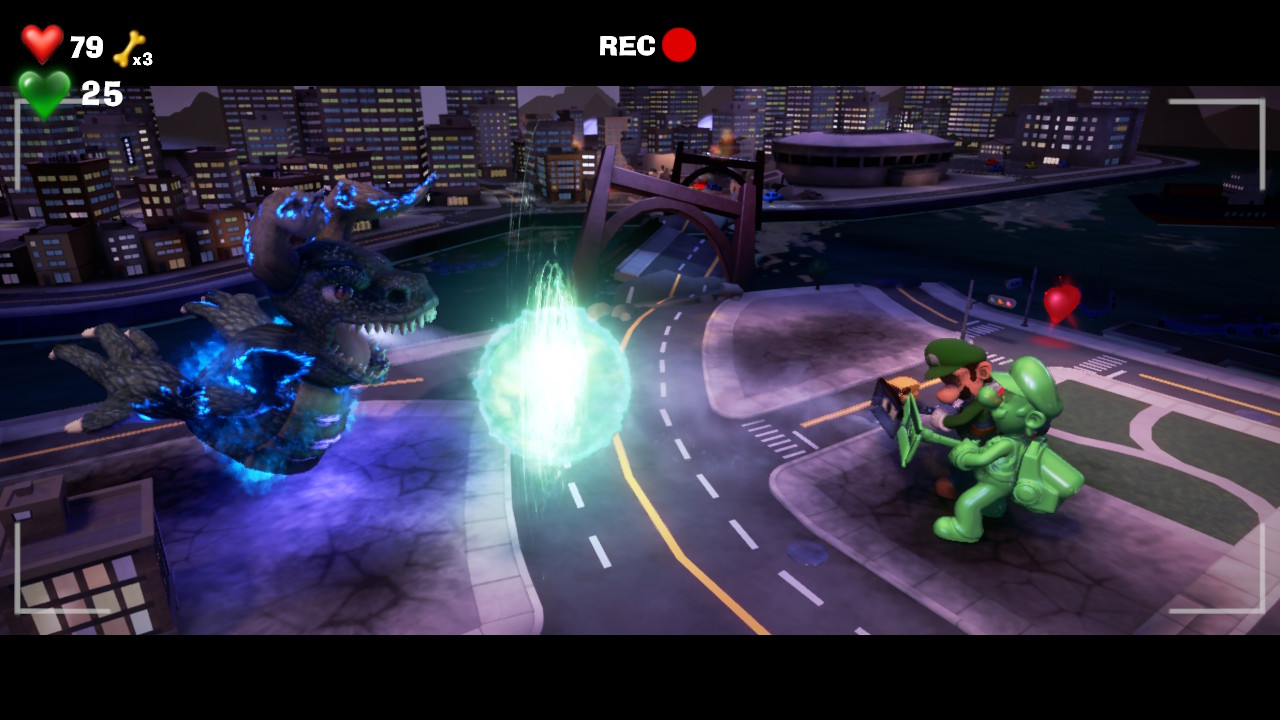 The developers have really gone all-out with the level designs in Luigi’s Mansion 3, as there’s an astounding degree of thematic variety between each floor of the hotel, with every area having its own aesthetic detail that ties into the exploration mechanics. For example, one floor has been occupied by a spectral groundskeeper that has overgrown the area with carnivorous plants and strange foliage. Another floor is based on a “Medieval Times” style ‘dinner-and-a-show’ theatre, complete with fake castle and jousting arena for you to explore. There’s also a film set, a museum, a theatre… the variety is really quite impressive, which always makes unlocking a new level feel fun and exciting. 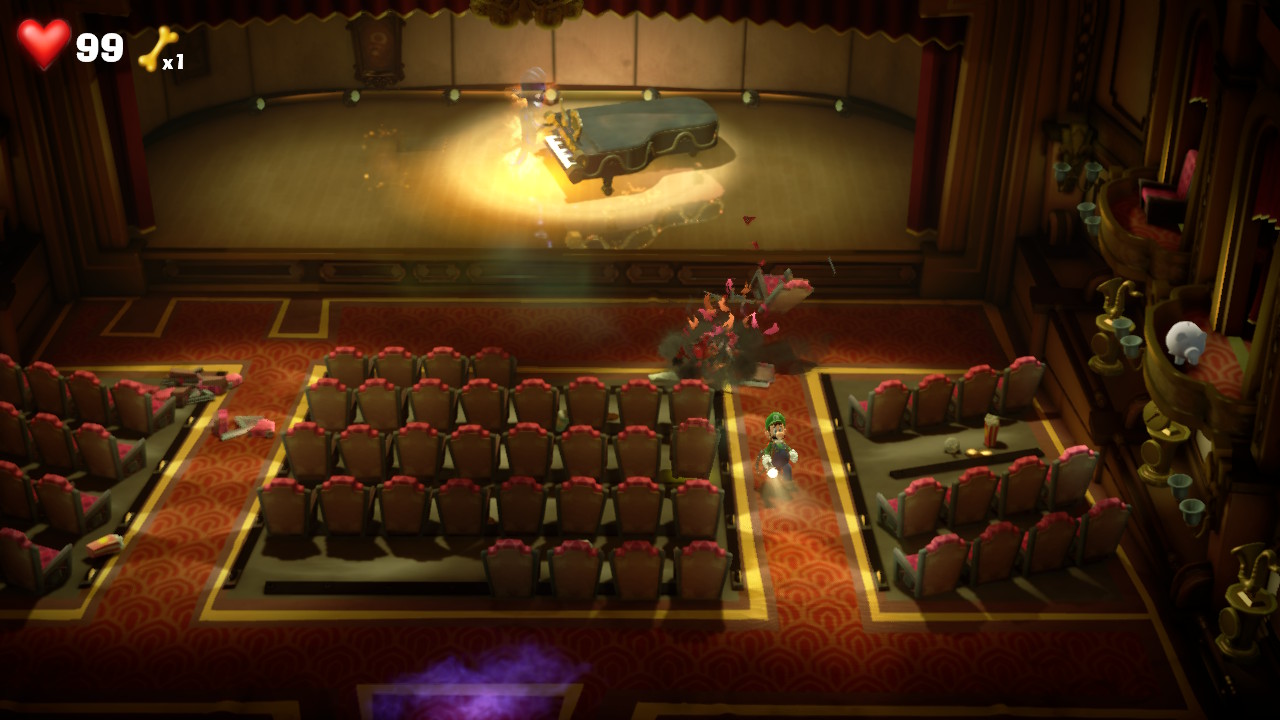 Nintendo seem to have heard the criticisms of the previous two games in the series, as overall the design of the hotel floors in Luigi’s Mansion 3 strike the perfect balance between large, sprawling areas to explore, combined with a huge variety of different environments to keep things interesting. There’s also a nice mix of floors that are quite linear in their design that allow you to simply follow the immediate objective through to the end, contrasted with a number of floors that require careful consideration of the mini-map to figure out where you haven’t been and where you should go next. 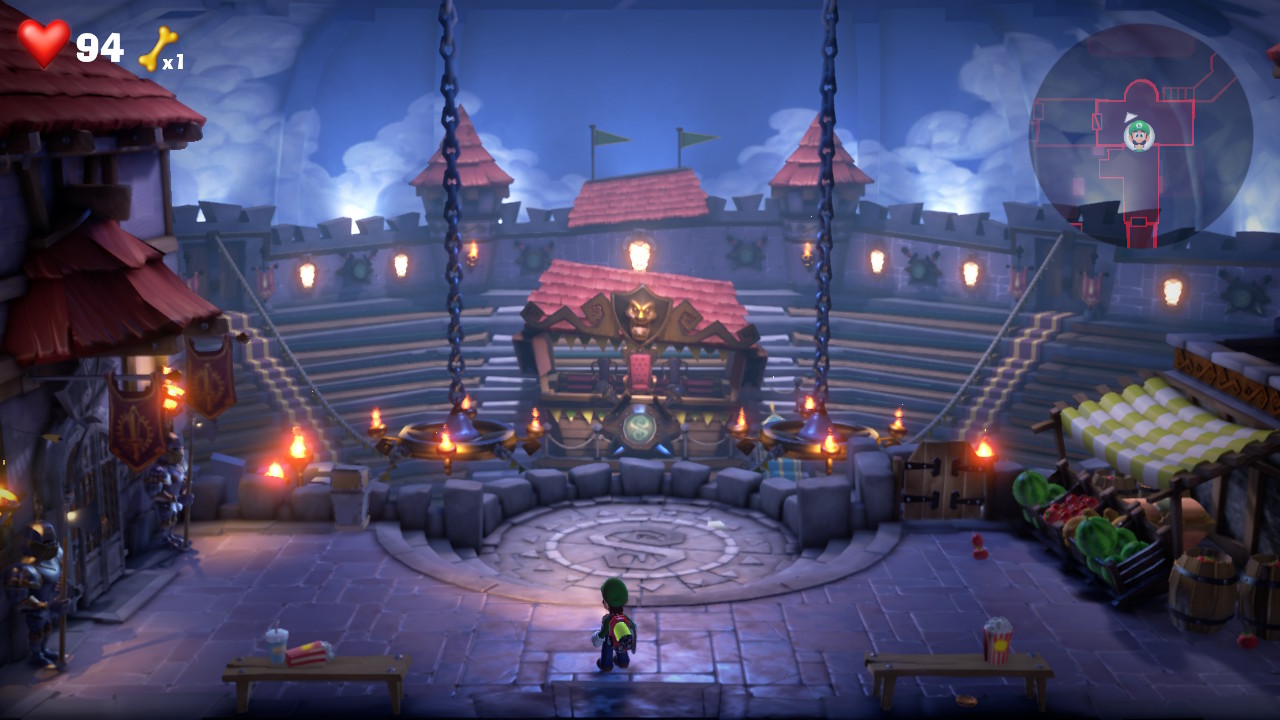 The gameplay in Luigi’s Mansion 3 is the same as it was in the previous two games, only this time Luigi has picked up a few new tools for his ghost-busting toolkit. You’ll still be using the flashlight to stun ghosts and suck them up with your Poltergust. You’ll also use the familiar dark light attachment to reveal hidden objects and enemies in the environment. As for what’s new, the Poltergust now also comes equipped with a launchable plunger that can be aimed and shot at smooth, flat surfaces in the area. Once the plunger has firmly grasped a surface, Luigi can suck-up the end of the plunger with his vacuum to pull the object or hurl it over his shoulder and smash it into the ground. Controlling and aiming the various abilities on the Poltergust can be a little finicky at times due to the way the game prioritises certain targets, but you’ll eventually become accustomed to the controls and there are a few different accessibility options available for you to adjust the controls to suit your preferred play style. 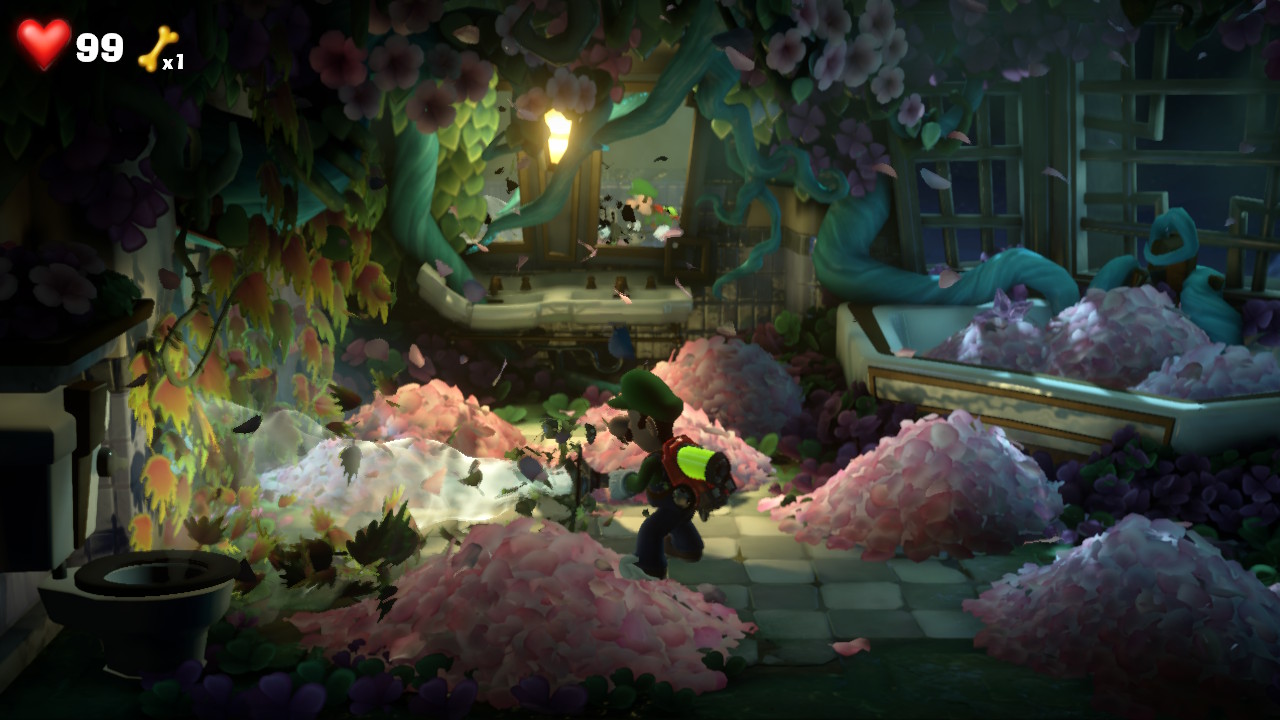 Another impressive new feature of the Poltergust G-00 is a dispatchable Flubber-like substance that is stored and released at the tap of a button to create a controllable clone of Luigi called ‘Gooigi’. As an amorphous goo creature, Gooigi is able to pass through fences and grates at ease, and has all the abilities of his flesh-based counterpart, despite having only one quarter of the health and being gravely susceptible to water. After Gooigi has been released, you can swap between the two characters at will, and the character will continue performing the action that you were in the middle of when you swap to the other. This allows for a lot of fun combat strategies and leads to plenty of interesting puzzles to solve. 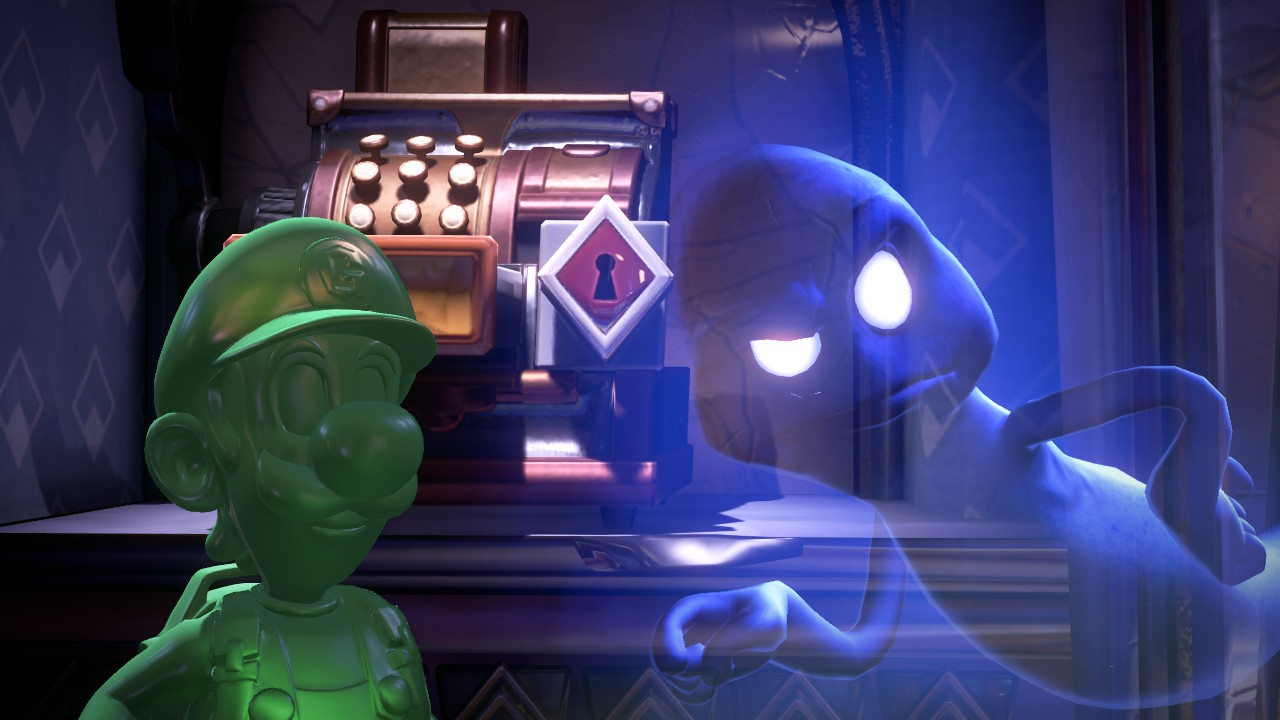 Gooigi can also be controlled by a second player, making the story mode in Luigi’s Mansion 3 completely playable as a shared-screen co-op experience. Playing with two people makes the already simple combat even more of a breeze, and you’ll clear through rooms at twice the speed with two people sharing the workload, but the co-op story is undeniably fun when played with a friend. Playing co-op also makes some of the more tedious multi-step puzzles far more bearable when you don’t need to constantly swap back and forth between Luigi and Gooigi to complete a task. 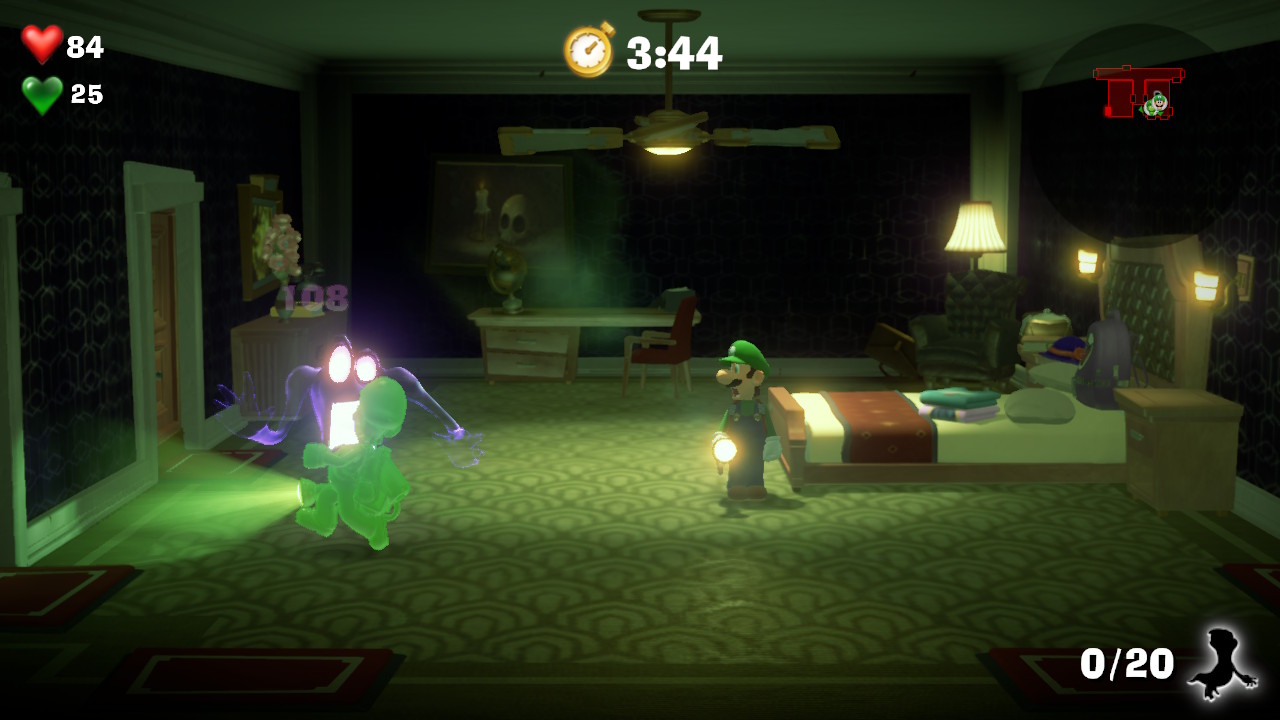 Luigi’s Mansion 3 also has two additional multiplayer modes that are separate from the story. Screampark features three Mario Party style minigames that can be played with up to eight people. One is a ghost-busting race to see who can score the most points in a time limit, another requires players to load cannons to destroy targets, and the third challenges players to use their vacuum to push a pool floaty around to collect points and dodge mines. These minigames are fun for a few rounds, but are rather forgettable compared to the Scarescraper mode where players can join friends online to hunt ghosts in large-scale environments. Players will need to work together to scour levels quickly and efficiently to defeat all the ghosts before the timer runs out. Levels get progressively harder as you move through the tower, so co-operation and communication is essential. 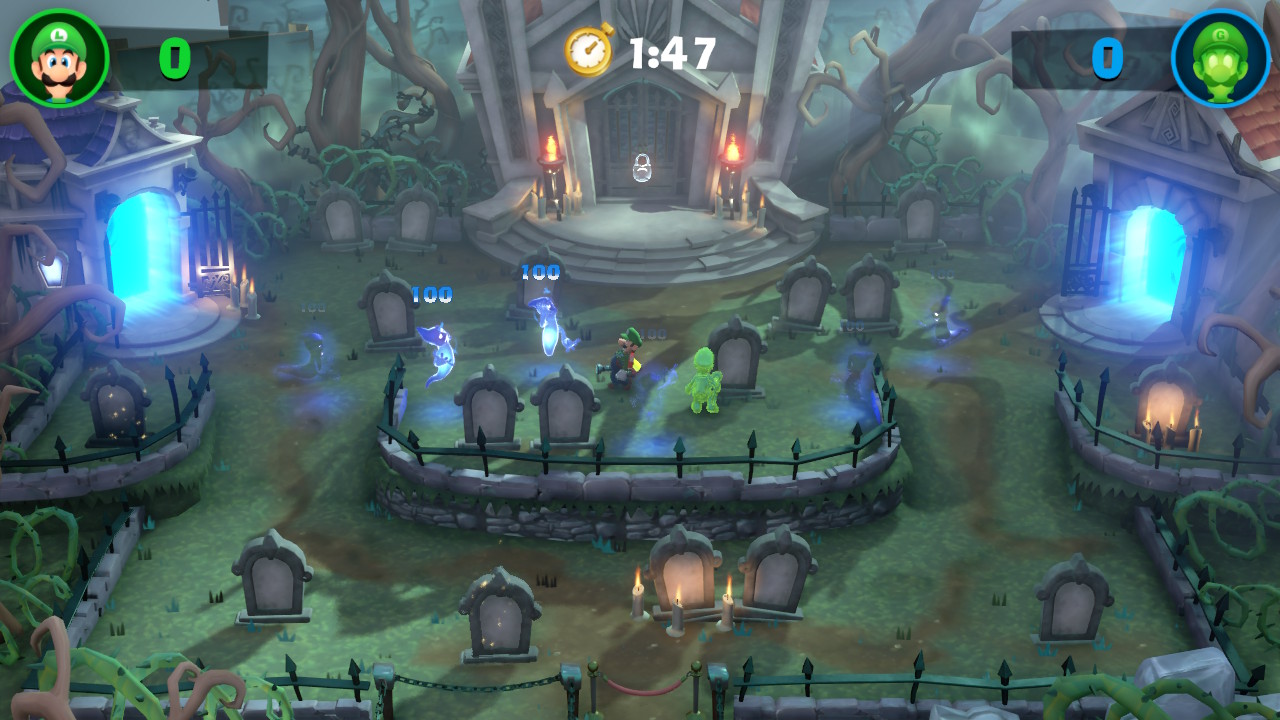 Luigi’s Mansion 3 is the high point of the series not by virtue of revolution, but by refinement. The developers have expertly identified the individual strengths of the previous two Luigi’s Mansion games and meshed these together with a slew of new features to create the most compelling Luigi’s Mansion game to date. The environments are huge, varied and exciting to explore. The new abilities are fun to use and add new layers to the puzzling and combat challenges. The addition of co-op to the story mode is a great way to share the experience with a partner and the multiplayer modes are nice value-adds to the package, despite feeling slightly underwhelming compared to the main game. It’s very difficult to fault Luigi’s Mansion 3, which has earned it my full recommendation to anyone that owns a Switch. 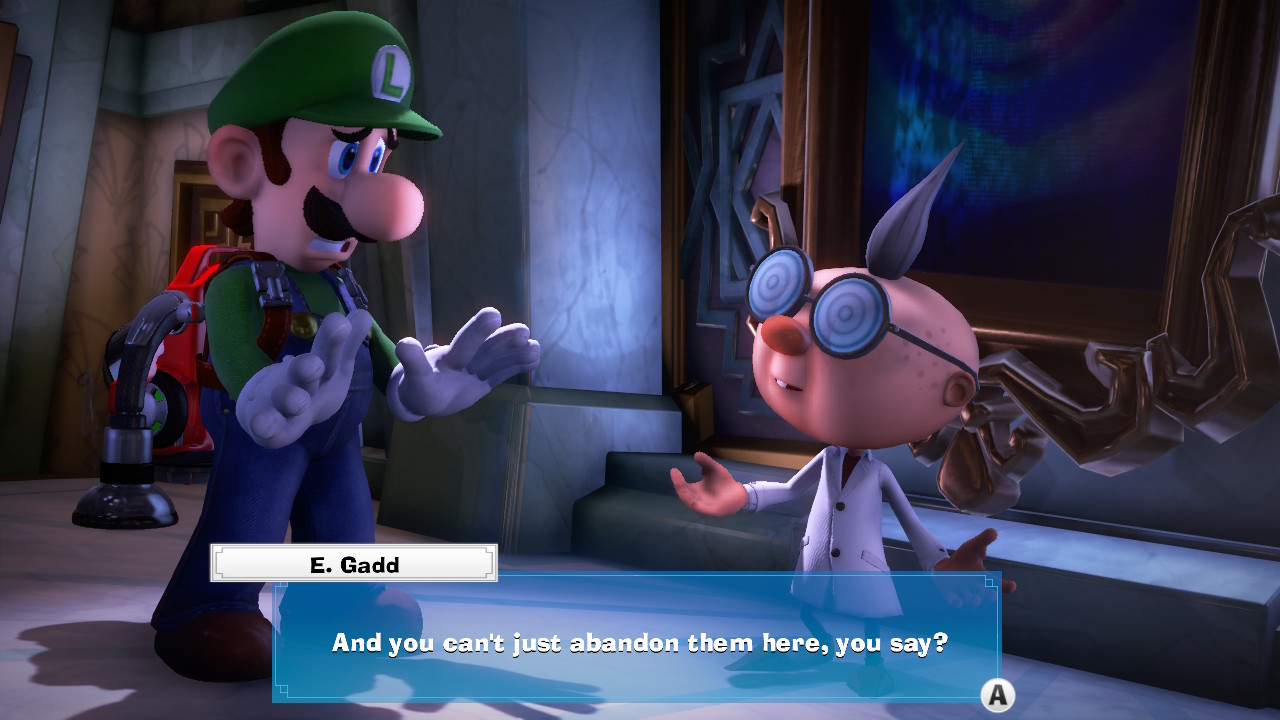 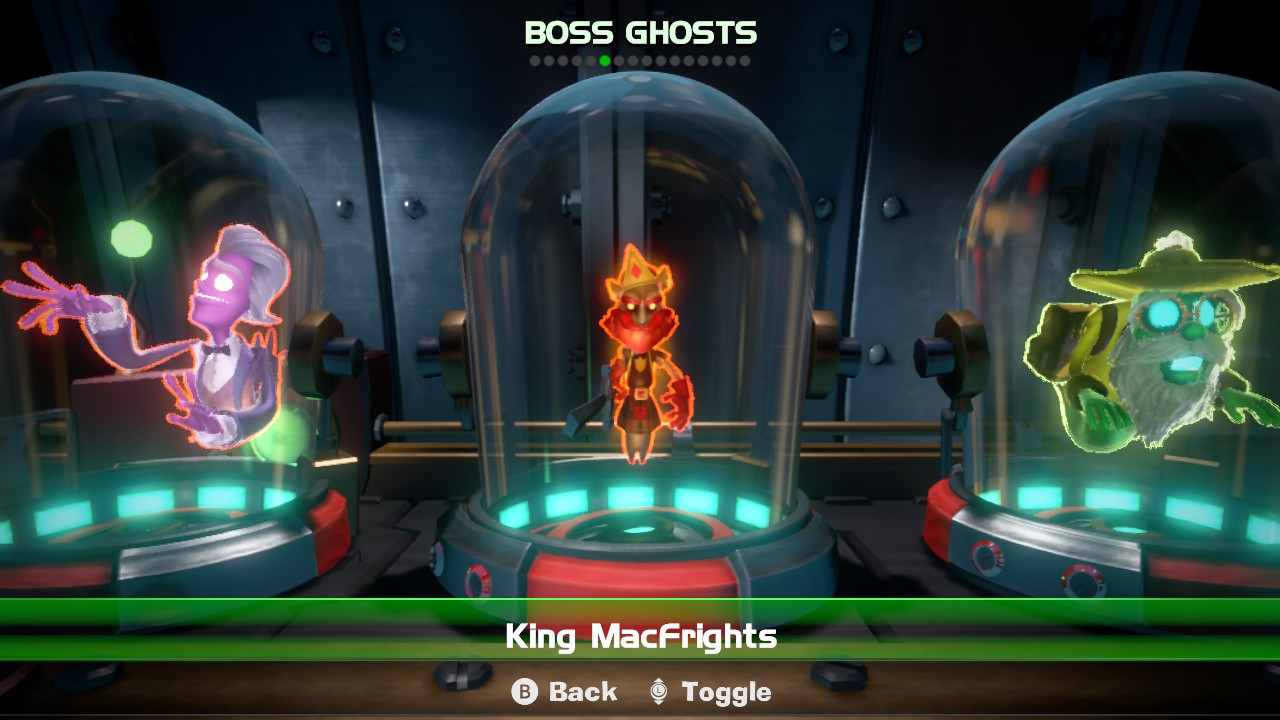