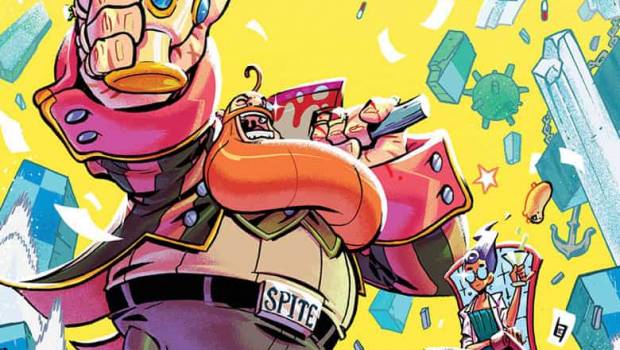 Summary: A messy and unfocused opening issue shows promise in it's charming art style and absurd sense of humor.

Ludocrats is a new 5 part series from Kieron Gillen (The Wicked + The Divine, Doctor Aphra), who has teamed up with fellow writer Jim Rossignol (2013 survival horror game Sir, You Are Being Hunted), artist Jeff Stokely (The Spire), and colorist Tamra Bonvillain (Wayward).

It focuses on the adventures of Baron Otto Von Hades and Professor Hades Zero-K, two aristocrats of a ludicrous nature in a world where being boring is a crime. After a rather violent wedding, they go to a party, meet some zany characters, and break the fourth wall a lot.

The humor on show in this opening issue feels very similar to a lot of Gillen’s previous work except now it’s the main focus, for the writing side of the book at least. The jokes are non-stop, there’s at least one per page. This title has been compared to “an M-rated Asterix & Obelix”, and as a big fan of those original Asterix books I can say that there is quite a bit of crossover, especially when it comes to the cartoonish violence and pun-based names which were some of funnier moments in this opening issue.

There’s also a bit of Astreix crossover in the art, which is incredibly charming. Every character is larger than life and the designs are very original. There’s one action set-piece included in this issue which flowed quite nicely as well.

However, I feel like this opening issue is more style over substance as the plot is incredibly thin and doesn’t do much to hold the readers attention. While I appreciate them relying on the ludicrous nature of the world and characters to draw you in, the lack of a story does begin to make the constant jokes wear thin. Perhaps this will be different when the entire run is out and you can read it in one go, but as a stand-alone issue it does fall a bit flat.

This title shows a lot of promise as it’s art is excellent and the humor is unique, unfortunately it feels quite unfocused and messy, particularly in the plot. There’s still a bit of fun to be had here however, but here’s hoping that future issues to a bit more to pull the reader into this ludicrous universe.

Ludocrats #1 is released May 20th via Image Comics. 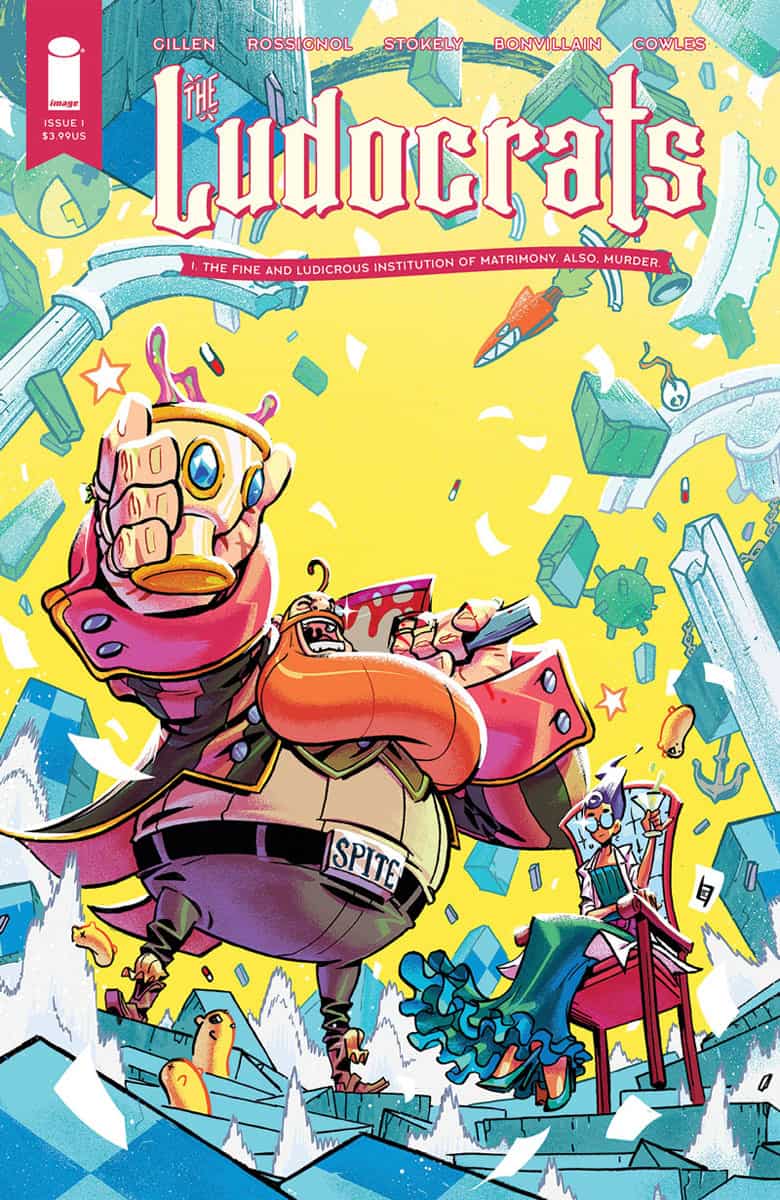