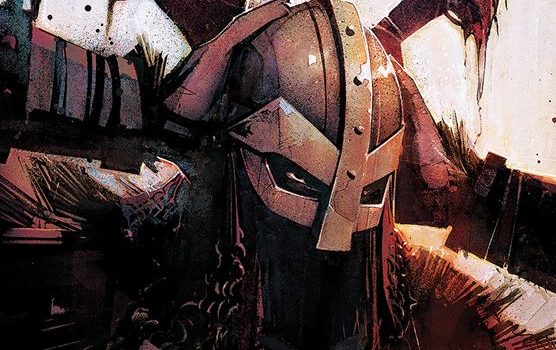 Up-and-coming writer Fred Kennedy and artist Nick Marinkovich team up for an all-new historical fiction adventure in the upcoming Dead Romans. This six issue miniseries is set to launch in March 2023 from Image Comics.

In Dead Romans, lush, beautiful illustrations bring to life a brutal tale of love and war from the birth of the Roman Empire. the Empire that butchers his people. He wants to make a queen of the woman he loves, Honoria, a fellow slave. Now, fifty thousand Romans will die to give her a throne she never asked for…or wanted.

“I was nervous about this book, because at its core it really is a love story. With the wrong artist that aspect could get lost amid the mud and violence,” said Kennedy. “But Nick really understood the tone, and he brought that emotion to life. It’s a brutal story, told with some of the most beautiful panels I’ve ever seen. I am VERY proud (and lucky) to have been part of this team.”

Marinkovich added: “This isn’t a history lesson. It’s therapy—the kind that reminded me why I was a fan before I ever picked up a brush—and Fred’s a time traveler. He’s taking us back to a moment in time, and immersing us in the raw battle scars that went with it. It’s a trip to be on board, and I’m just trying to keep up…”

Dead Romans #1 will be available at comic book shops on Wednesday, March 29:

Dead Romans will also be available across many digital platforms, including Amazon Kindle, Apple Books, and Google Play.