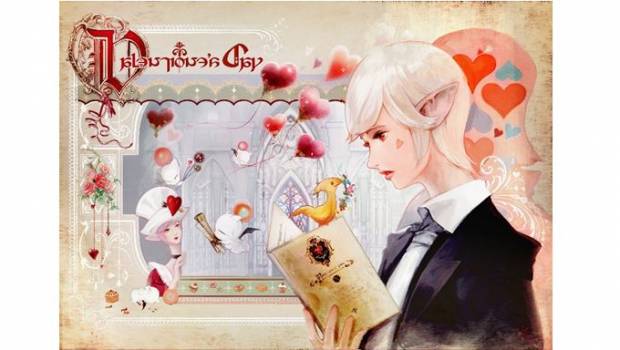 Plus American and European Premieres for Eorzean Symphony Announced

Sydney, Australia – February 13, 2018 – Warriors of Light the world over are encouraged to embrace their innermost feelings as the seasonal event Valentione’s Day comes to FINAL FANTASY® XIV Online once more. The event, which is now live and comes to an end on February 15th, offers enamoured Eorzeans the chance to help out Lisette de Valentione and her retinue in exchange for a series of in-game items including housing furnishings and mounts.
Some of the Valentione’s Day Rewards Available for Enamoured Eorzeans

Additionally, during the recent Letter from the Producer LIVE Part XLII broadcast, Producer/Director Naoki Yoshida revealed more about the highly-anticipated Forbidden Land, Eureka Anemos, a new locale that will offer Warriors of Light a new gameplay experience with a unique combat ruleset. Set to arrive in the world of Hydaelyn™ with Patch 4.25, The Forbidden Land of Eureka will also serve as the primary area where players may work to create and enhance the latest Anemos Relic Weapons.

Finally, FINAL FANTASY XIV Online sound director and composer Masayoshi Soken joined the live broadcast to announce the American and European premieres of the critically-acclaimed Eorzean Symphony performance that first debuted in Tokyo in September 2017. Two concerts will be held in the United State and Europe later this year, which are produced by SQUARE ENIX® and presented by La Fée Sauvage. Details on the upcoming performances and how to get tickets are below:

A summary of the PLL announcements are available at the official FINAL FANTASY XIV forums: http://sqex.to/pZw