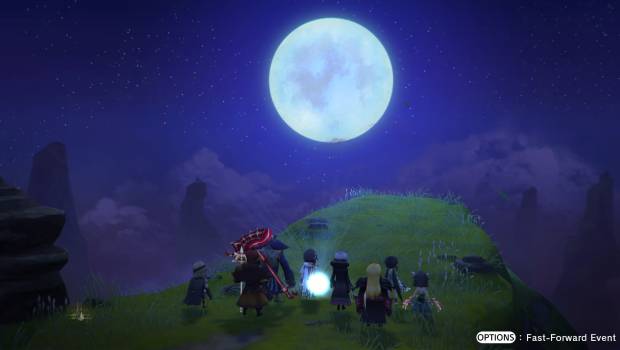 Summary: Whatever moral fibre Lost Sphear had seems to have been 'lost' by the immaculate moon.

The tale of a young country boy touched by destiny going on to save the world is not unfamiliar; Lost Sphear is an homage, dressed almost entirely in the well-worn threads of its forebears. Many of the tropes and conventions of the classic Japanese roleplaying game are on full display here, almost as gleamingly obvious as the game’s omnipresent moon; nary a moment passes, from beginning to end, without a sense of the uncanny. When these influences work, Lost Sphear builds on a legacy carved from genre giants; it feels warm and familiar, predictable in a comforting way. But the haphazard stitching together of its predecessors is its own downfall; when the patchwork unravels, Lost Sphear reveals its starving soul. 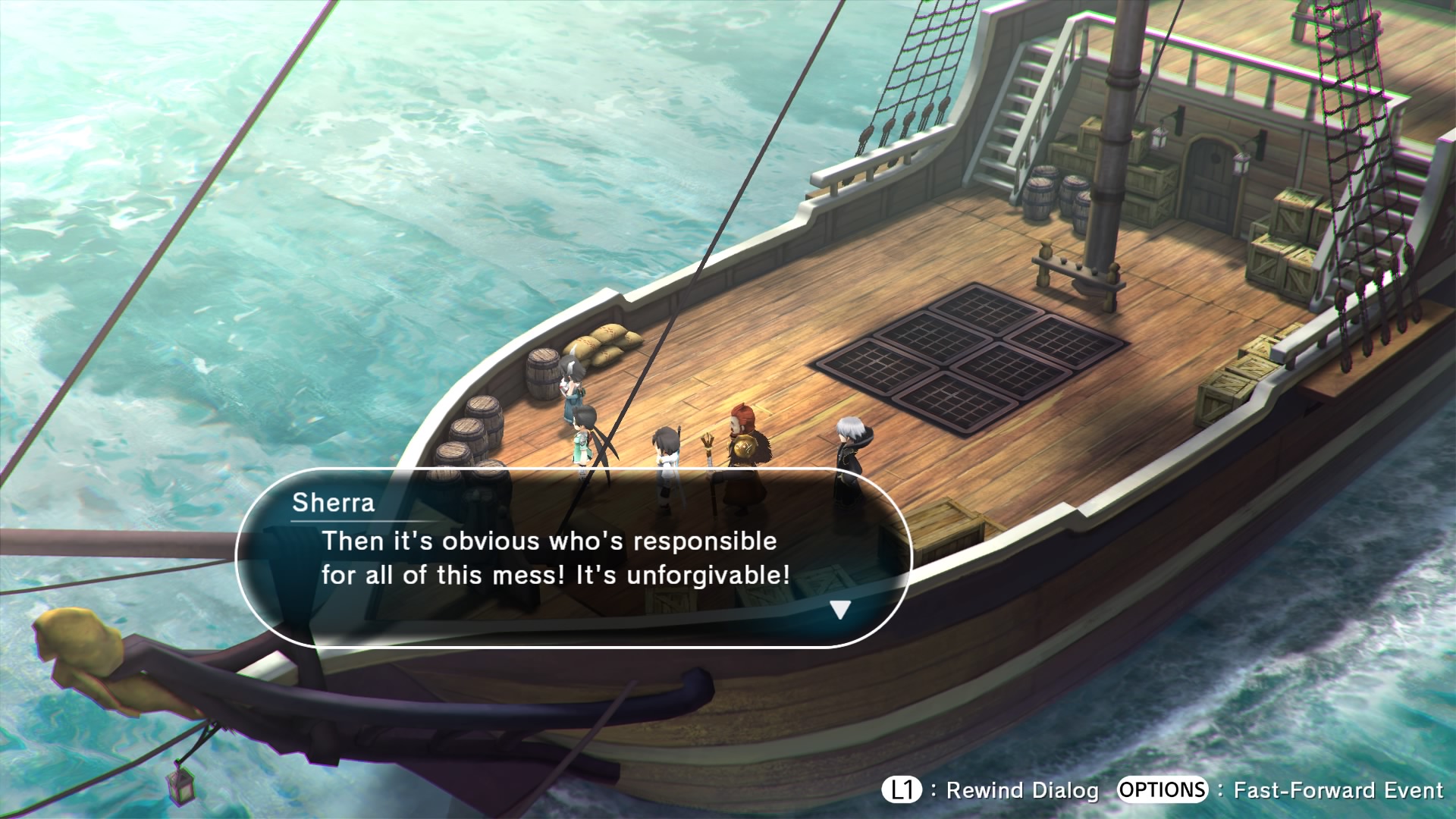 Nailing down the essence—beyond homage—proves to be the toughest task. Lost Sphear is not about the moon, despite its prominence and despite the opening narration being about the fact that the all-powerful moon continually destroys and remakes the planet. The implication of a missing moon-spear, like so many other aspects of Lost Sphear’s narrative, also fails to make an appearance. (Is the title, then, a portmanteau of sphere and fear? Answers elude us.) Only one element is recurring enough to serve as a central thesis, but it is thankfully one with strong merit: memories have power.

Picture this: a videogame, painting itself as an homage to an entire genre, serving as the vehicle for a tale about the power of memory. Imagine what ingenuity can stem from a narrative where what we remember—and what others remember of us—defines our very existence. Where memories do not fade but become tangible objects that can be used to restore life not just to people, but to places as well. Because places, too, have memories—a different kind of memory, sure, but powerful just the same.

It is all so poetic. 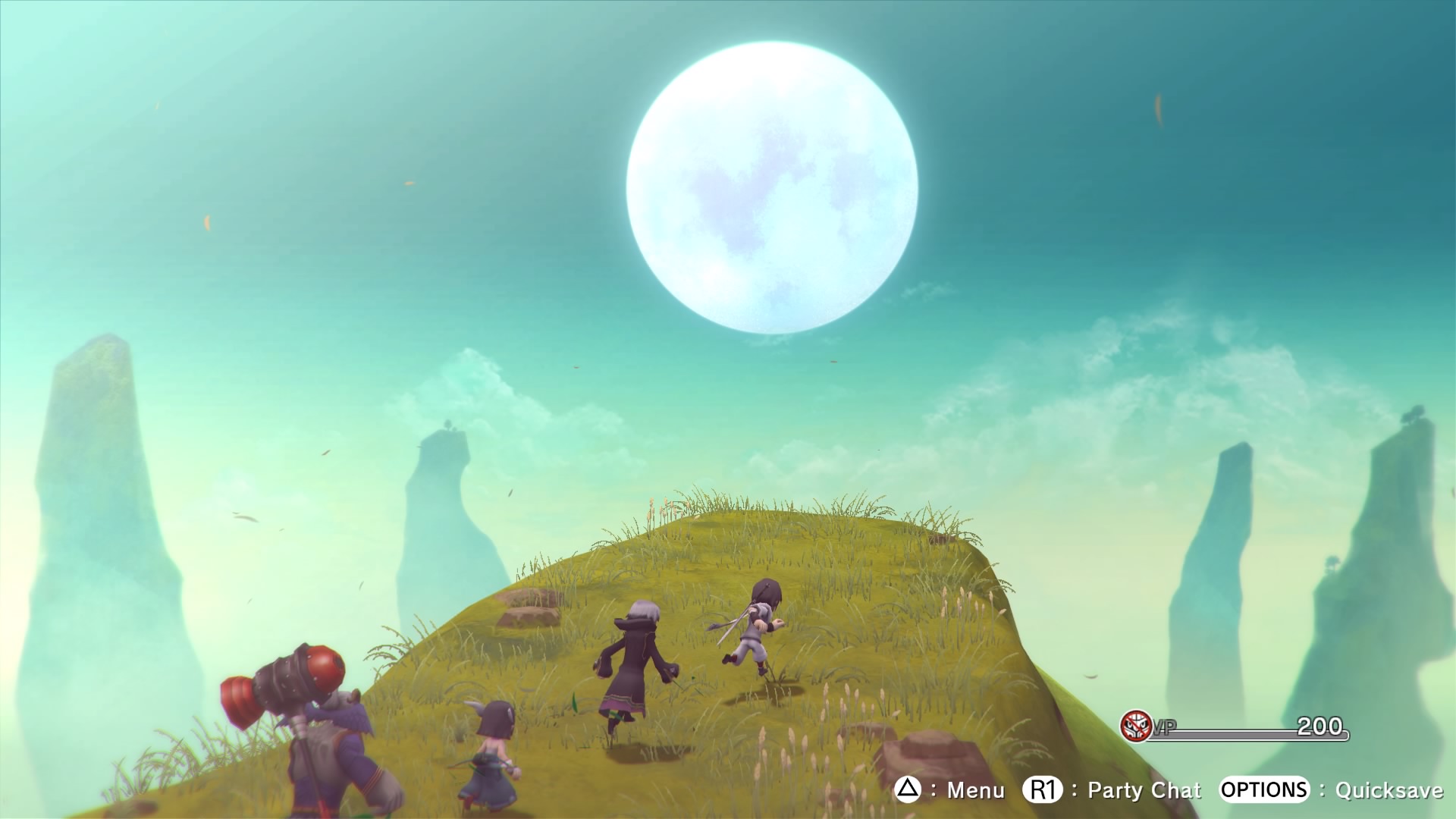 But Lost Sphear is unsure about whether its message of memories is histrionic or sincere; the writing wavers in consistency and tone—almost like it has two distinct halves—making it impossible to be definitive. The Empire is introduced with a gallant commander and an eccentric but compassionate emperor. These two characters imply that Lost Sphear has subverted the Evil Empire trope—as a keenly aware homage might do. But the frivolity of Emperor Neodeus clashes with the successive actions of the Empire itself: the heroes are exploited, endangered, forced to be complicit in war crimes, and then discarded once their value has ceased. It continues, too, as the Empire uses weapons of mass destruction on unarmed, non-hostile civilians and kidnaps, experiments on, and then enslaves a child. These are heavy concepts, distinctly out of place with the painted storybook aesthetic and earnest platitudes of the protagonist.

Those heavy themes find stark opposites in equal measure. Feeling repentant for his role in the invasion of a tribe so the Empire could gain natural resources to create weapons, protagonist Kanata decides to free the imprisoned population from their probable execution. Aside from these war prisoners, the rest of the residents—almost all wrongly imprisoned themselves—are content, bordering on pleased to be incarcerated. One, a miner imprisoned to quash any knowledge of the Empire’s intentions with creating weapons of mass destruction, remarks—with naïve optimism—that he’s sure he will be let go eventually. Clearly that these prisoners (and their plights) are here for comedic effect; it is not clear why this was perceived as a good idea. 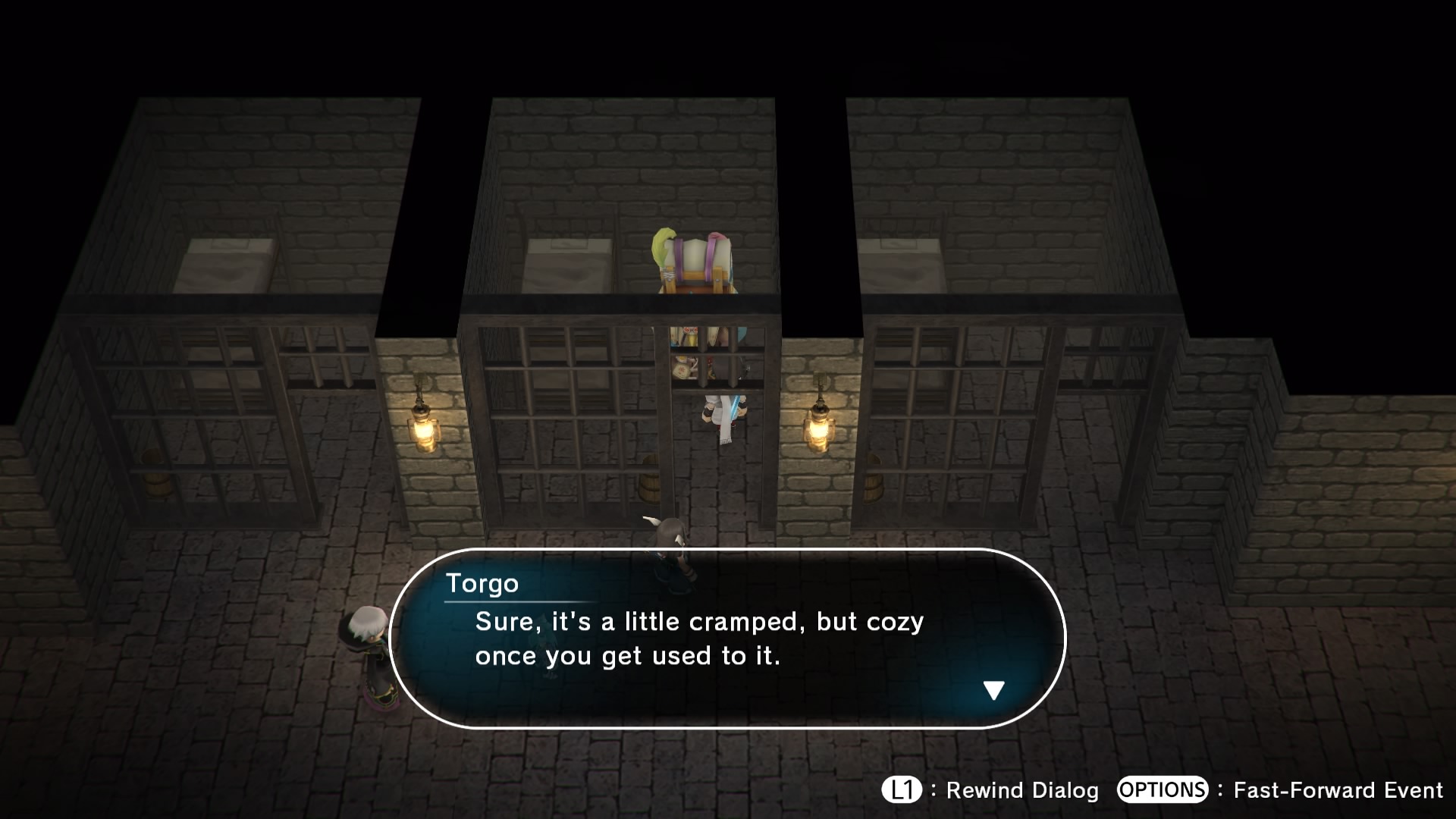 It is difficult for me to parse how Lost Sphear can use contemporary wars fought under false pretences for illegal access to natural resources as a serious plot hook while also choosing to gloss over the equally immoral topic of wrongful incarceration. Neither subject is handled with any real nuance, though the dialogue in the prison—and another, later, where a woman abstains from voicing her legitimate grievances because ‘the fishermen have it a lot harder’—tend toward the sinister. These are examples of language used to de-legitimise real issues, examples happening around us every day.

Emperor Neodeus, for the record, is absent with respect to the Empire’s evils. He maintains his position as a good man and a great leader despite atrocities being committed by his people under his watch. None of these actions, stamped with his authority, tarnish his reputation. At least this too has parallels; if nothing else, Lost Sphear has stumbled its way into being a mirror of society, where people in positions of power abdicate their responsibility without wearing any of the blame. To assume this was deliberate design choice would require me to see evidence of a judgement statement, but Lost Sphear seems to lack the self-awareness needed to avoid trite tropes—critical commentary seems slightly further out of reach. 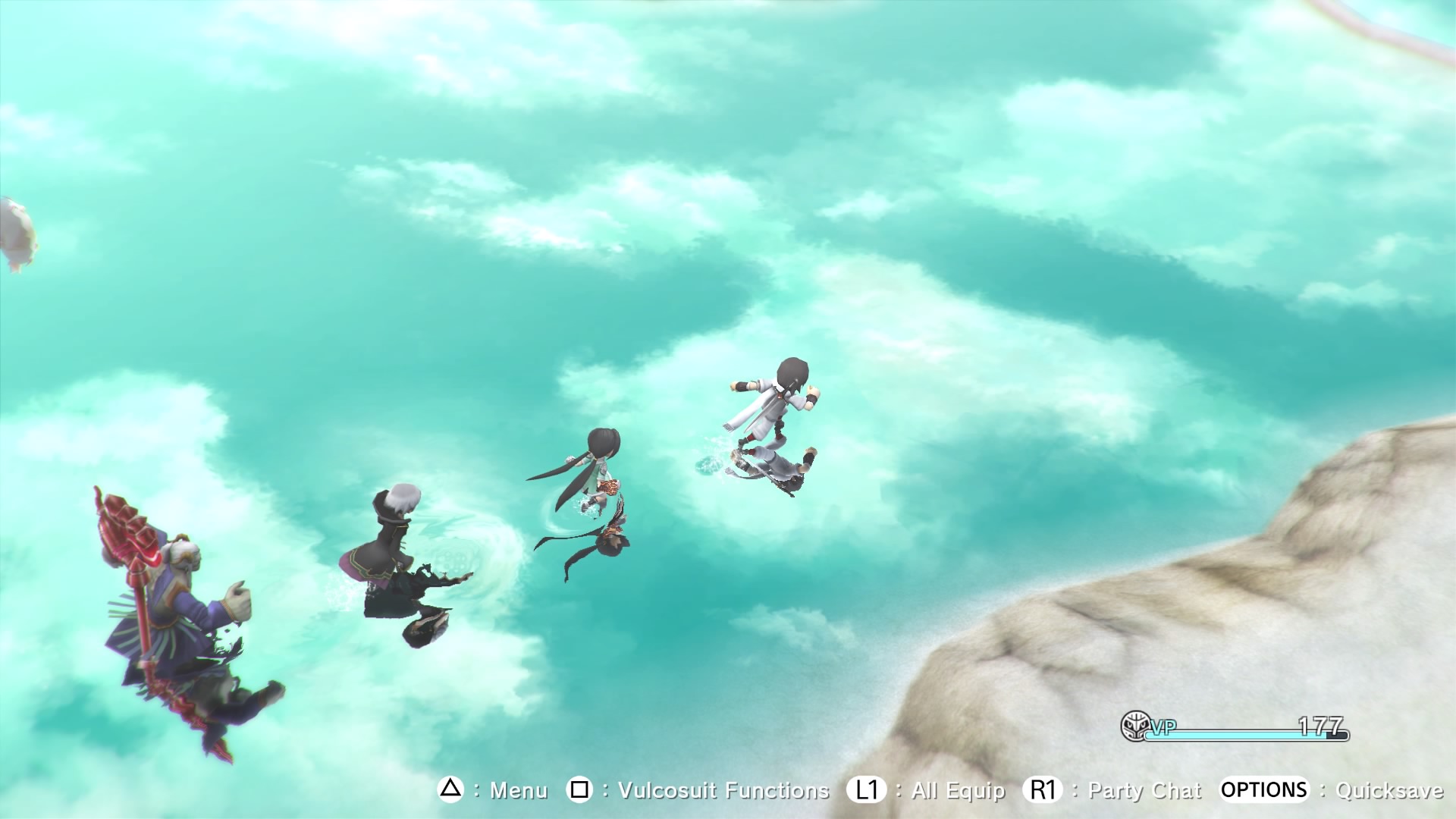 Memories have power. This is the one thing that Lost Sphear seems adamant about. So, let us learn the best lesson Lost Sphear has to offer and use our memories to improve the world. Here are some things to remember, in case you have forgotten: Trayvon Martin would have been 23 this month; Australia continues to violate UN human rights conventions with its refugee policies; climate change threatens to have disastrous impacts around the world. We might not have cartoonish, Evil Empires in our world, but we still need to hold authorities accountable for their actions and there are still problems we can fix—and we don’t even need the power of the moon to do it. 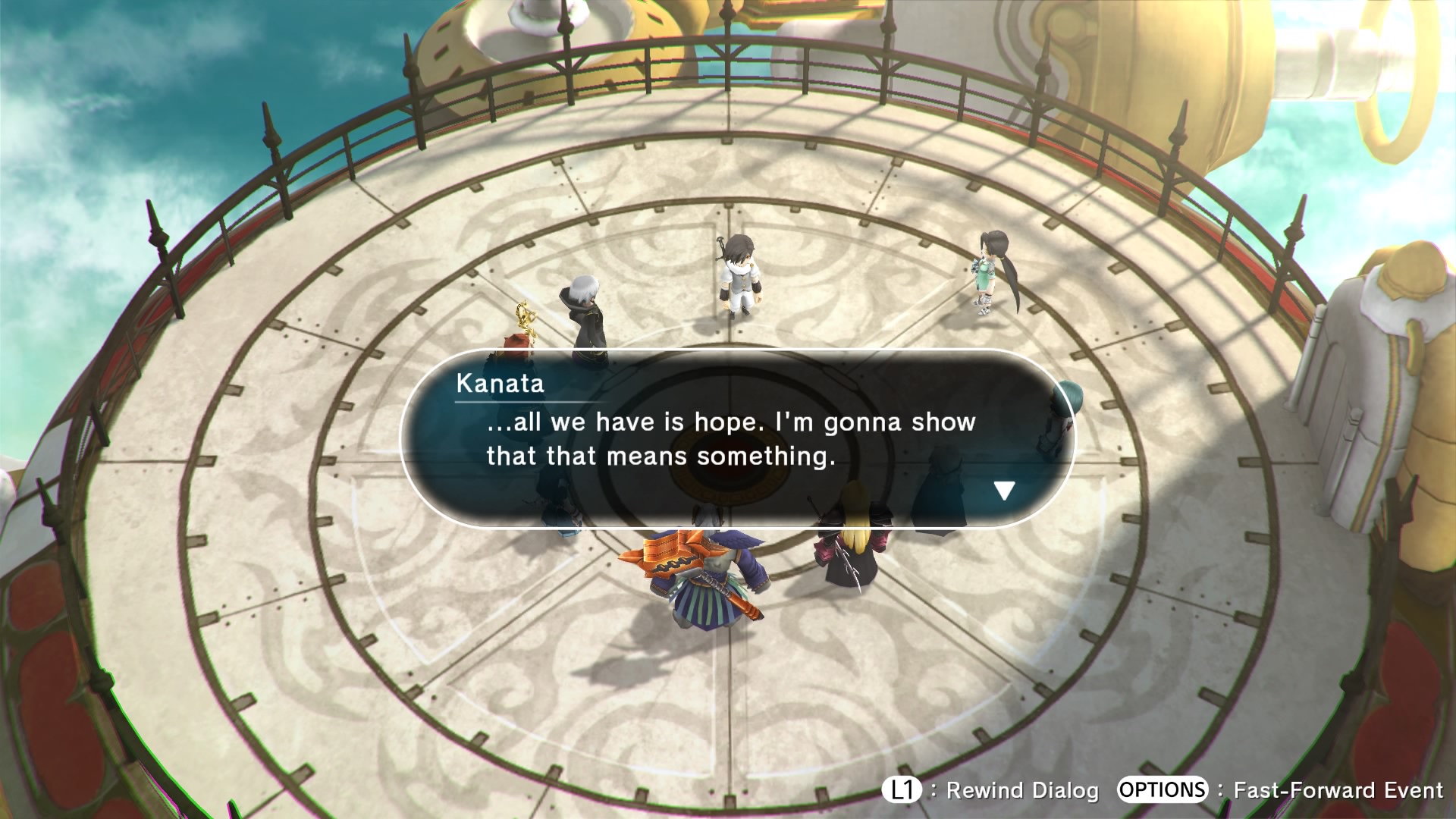