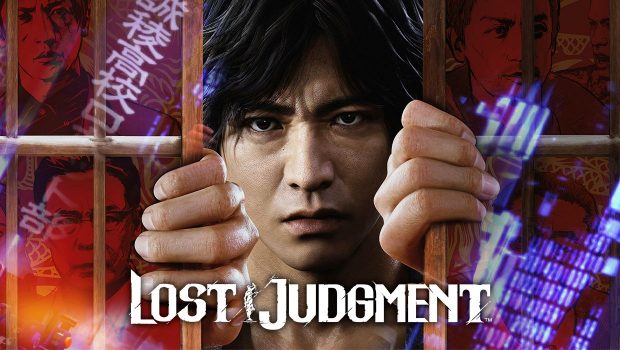 Summary: While Lost Judgement isn't a perfect sequel, it still lives up to its predecessor as it offers new refreshing gameplay mechanics alongside an engaging story.

I must confess that I dearly miss the old Yakuza formula. While Yakuza: Like A Dragon, Ryu ga Gotoku’s latest entry in the series is a massive hit that knocked it out of the park with its new characters, setting, villains, and most noticeably, combat mechanics, it just isn’t the same as stomping Yakuza faces into the pavement with the tried and true Beat ‘em up fashion. That’s why I love that the spin-off series Judgment exists.

While the games are very much their own thing and offer different characters along with new stories to tell and mysteries to solve, they’re still very much a Ryu ga Gotoku games with the standard Yakuza formula intact. The first game was a great success, so it’s no surprise that it received a sequel, and while it isn’t perfect, it is definitely one that ticks all the right boxes. Lost Judgment is set three years after the original game. After successfully thwarting a fraud scheme Yagami, the former lawyer turned detective, and his friend the ex Tojo clan member Kaito, of the Yagami Private Detective Agency, are called in to help old acquaintances Tsukumo and Sugiura, who have now formed their own detective agency called Yokohama 99, with a string of bullying cases plaguing a local prep school called Seiryo High school. After infiltrating the school and seemingly identifying the problem, it’s then revealed that the same school is related to a recent murder. So it’s up to Yagami to uncover the mystery behind the murder and its link to the school.

As you probably noticed from that description, Lost Judgment’s story starts out relatively slow but continuously gets more interesting and intense as it progresses. Many of the plot themes are very much in line with what you’d expect in a noir Private Eye show or a standard detective series, from action and chase sequences to detailed investigation sections. One thing I’ve noticed in my experience with both games in the series is that Yagami, as a protagonist, is noticeably different from previous leads like Kazuma. He is almost the complete opposite of Ichiban as the main character, but like Kiryu, he’s always calm and assertive, while also intelligent and highly resourceful which, makes sense as those are among the minimum skills required to be a competent detective. 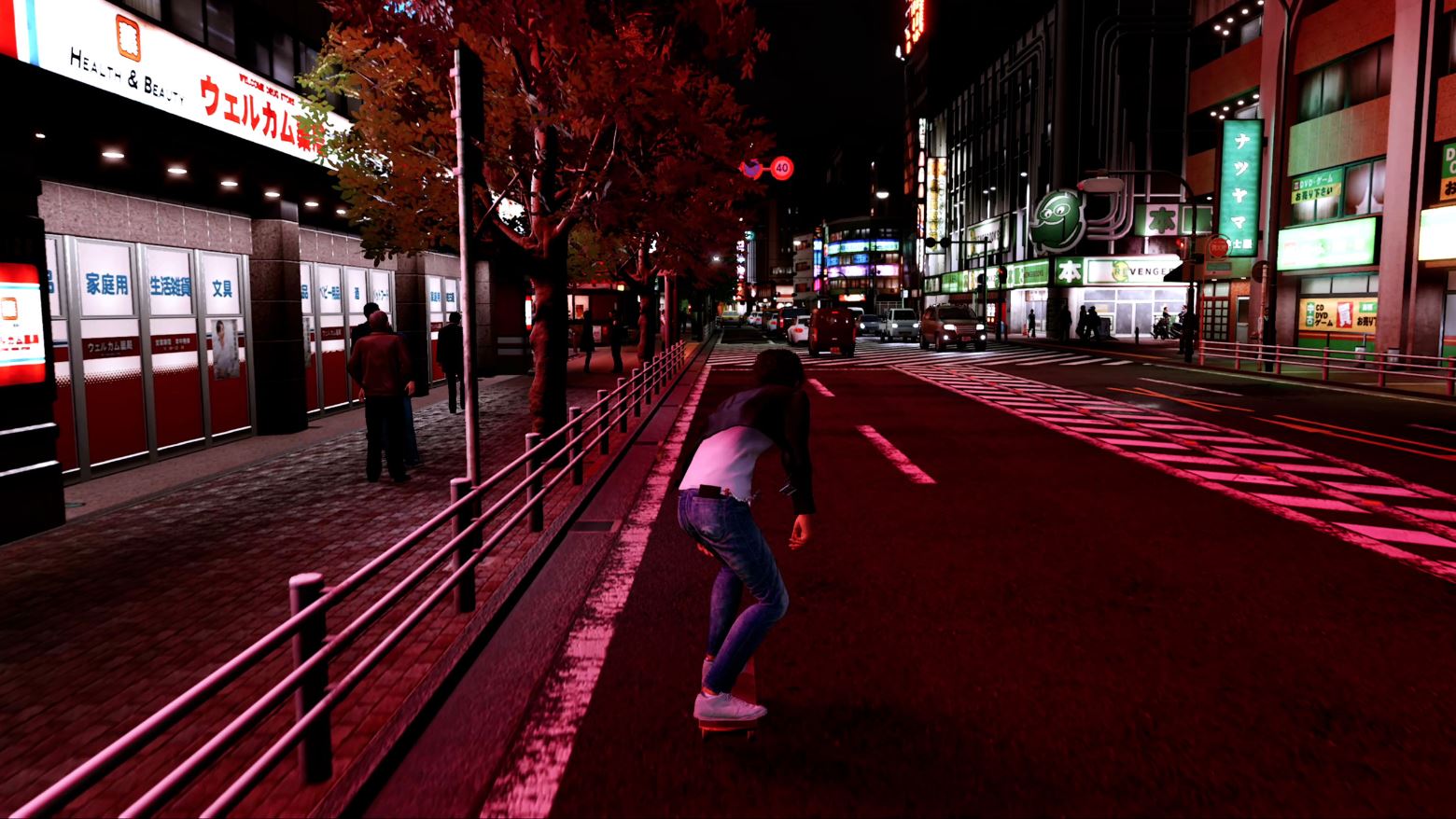 Yokohama and Kamurocho, Lost Judgment’s setting is an element that remains unchanged from recent games in the series, especially Yakuza 7, which the game noticeably shares some similarities with, of which I won’t spoil. Another element of the series that’s had little change is the gameplay. While the same mechanics present in the first game such as the numerous stealth sequences, nerve-racking tailing segments, investigation sections, and of course the many, many combat sections make a return, these mechanics have also received some noticeable changes such as making the stealth and tailing missions a little more dynamic and less frequent while still giving players more to do during these sections when prompted. 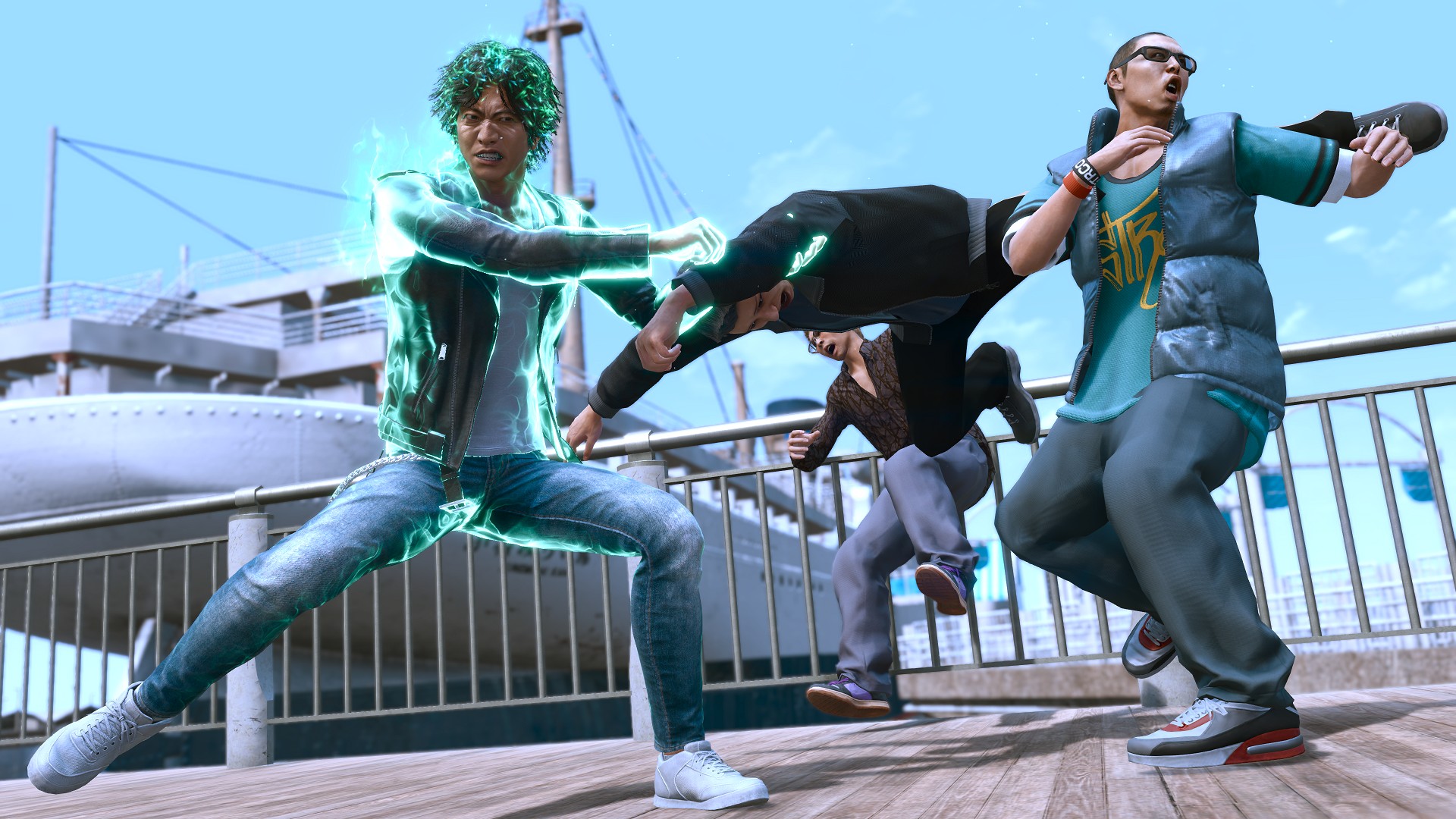 As for combat, series fans will know that Judgement retains the classic beat ’em up formula synonymous to the franchise, contrary to the new turn-based approach the Yakuza games will now be taking. This includes the multiple fighting styles featured in previous games but with the addition of a new fighting style: Snake Style. Unlike the two previous techniques Crane and Tiger, which are used for single and multiple opponents respectively, the Snake Style is used to disarm and parry enemy attacks by guarding just before they connect, which will then counter it, potentially disarming your opponent and leaving them vulnerable to combo moves. That said, I found the Snake style to be quite useful in combat as, in contrast to the two former styles, it can be used in multiple scenarios and is a good mix of both offense and defense.

Outside combat, players can use their trusty smartphone to keep track of story case files and quests, as well manage their inventory and newly introduced mechanics like choosing disguises for specific missions and monitoring crimes or SOS alerts in the area.  Additionally, movement around the game’s world is now made easier thanks to Yagami’s new skateboard, which can be used as a tool for both transportation and entertainment as players can do tricks and collect tokens on the street during their trips.

Aside from that, players can also spend time with the numerous activities and sub-missions the game has to offer, including batting cages, UFO catchers, and arcade games like Virtua Fighter 5 Final Showdown and Sonic the Fighters. There are also Shop missions, Sub Stories, and most notably, School Stories, which take place in the aforementioned Highschool and has Yagami do all sorts of zany activities like becoming an advisor to the Mystery Research Club and hosting dance classes with mini-games, all for the sake of solving mysteries and cases around the school. School Stories are a refreshing new inclusion to the game as they provide an interesting, engaging, and often humorous overarching story besides the main plot. 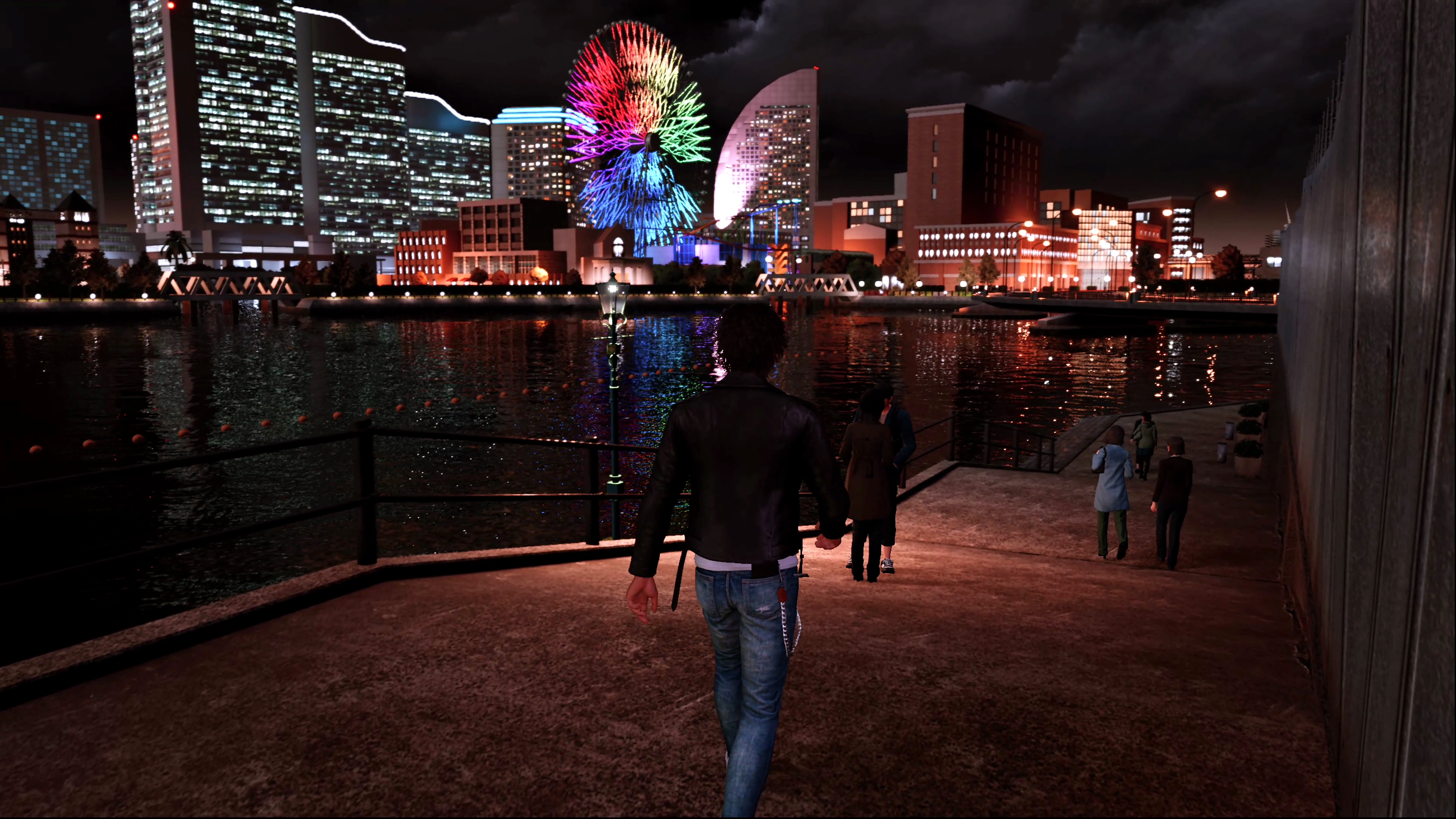 Visually, Lost Judgement’s graphics are still as impressive as ever, especially on a PS5. Walking through the vibrant Yokohama and Kamurocho still impresses me, the overall visuals are crisp, and the character models are as detailed and realistic as ever. However, I should note that the visuals (especially the character models) aren’t as rich or detailed as the last game in the franchise, Yakuza 7. In my review of Yakuza 7, I highlighted the game’s almost overly detailed character models, vibrant colors, and sharp reflections, all of which I found noticeably lacking in Lost Judgement. Nevertheless, Lost Judgement runs smoothly with minimal load times, and I’m happy to say I found zero technical issues during my time with it.

In short, while Lost Judgement isn’t a perfect sequel, it still lives up to its predecessor as it offers new refreshing gameplay mechanics alongside an engaging story.