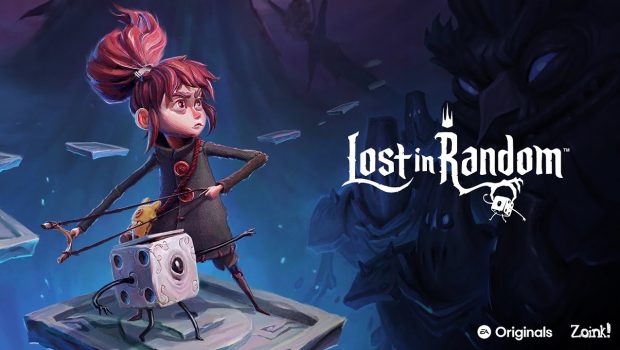 Summary: The story grabs you immediately and maintains a steady drip-feeding of excitement throughout its playtime and the game is just overall a refined, lovingly crafted adventure that will appeal to even those who are generally turned off by “card battle” games, as the content and gameplay here goes much deeper than that.

Say what you will about EA, and many do, but despite their shortcomings it’d be hard to deny that they are one of the last major publishers who consistently support smaller developers through their EA Originals label.

The Unravel series, It Takes Two, A Way Out, Fe… This stable of smaller titles stands shoulder to shoulder with some of the best indie titles out there, and now  developer Zoink! Games (Stick it to the Man!, Fe) have returned with their latest effort, the deliciously dark fairy tale Lost in Random. 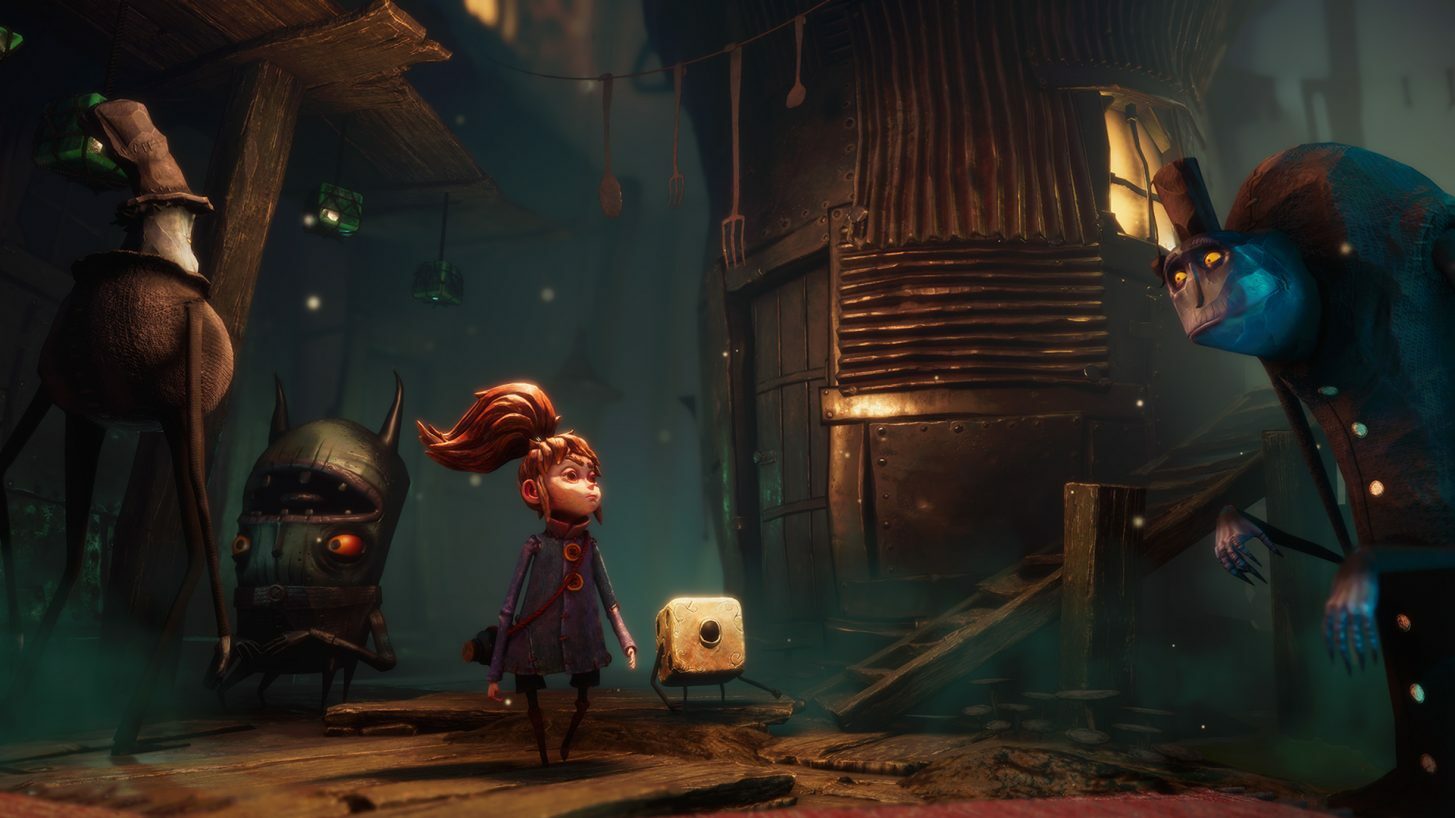 Boasting a charming aesthetic that is like the love child of Henry Selick, Tim Burton and Jhonen Vasquez, Lost in Random sees you take protagonist Even on a quest to rescue her sister Odd.

The Kingdom of Random has a tradition where once a child hits twelve years old, the Queen will have them roll a die and the resulting number will relegate them to one of  six realms to live out their lives, with the quality of living increasing in correlation with the numbers. 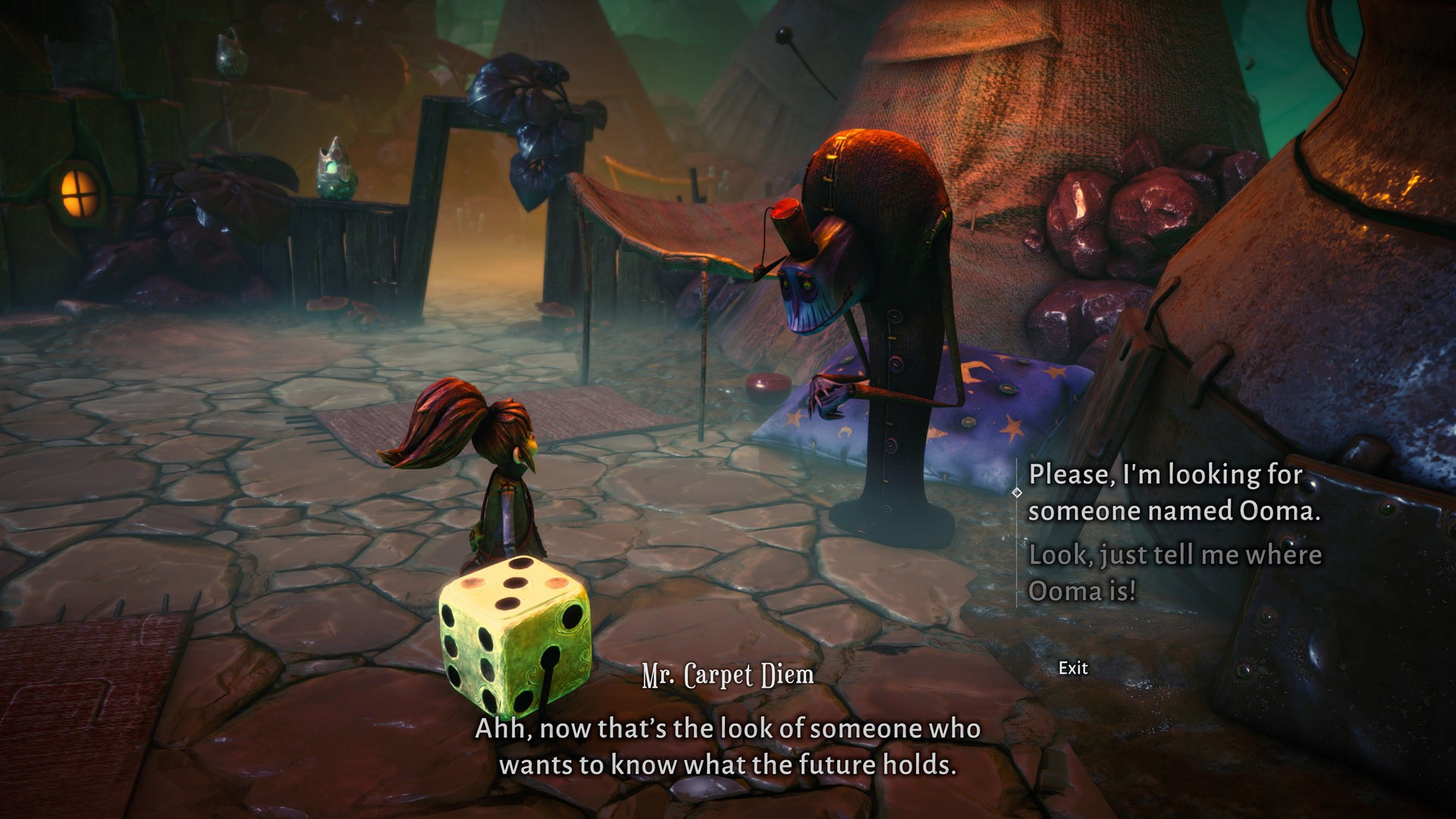 Even and Odd have grown up in the slum-like Onecroft but, when it comes time for Odd to roll the dice, she hits a six and is granted access to Sixtopia, the lavish, affluent realm; Odd is upset that she won’t be able to see her sister again due to the restriction of travel between realms but happy that she’s moving up in her station in life… At least until she starts receiving strange nightmares which show that Odd might not be living the lifestyle that Sixtopia promises.

She embarks on a journey to discover the truth, enlisting the assistance of an anthropomorphic die named, appropriately, Dicey in order to rescue her sister and stand up against the Queen and her myriad minions. 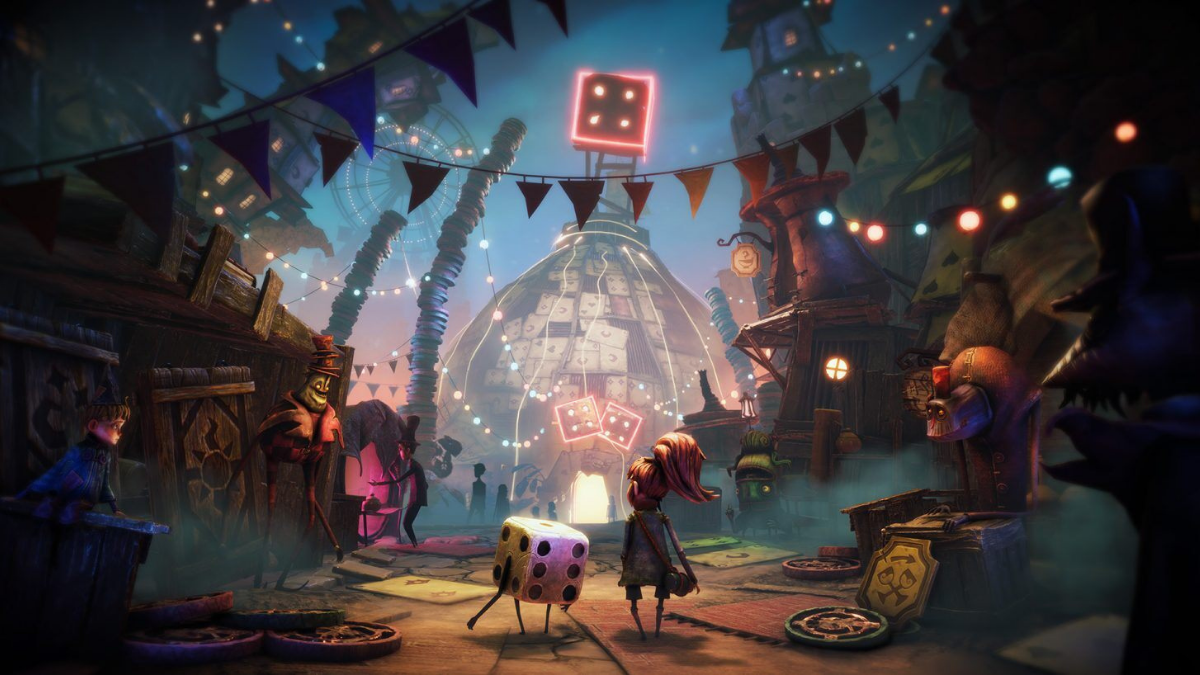 The story and character and level designs are charming in that “kiddy-goth” manner that made The Nightmare Before Christmas and Coraline such hits with a younger audience, balancing the dark and macabre with a goofy lightness and tongue-in-cheek approach.

Initially it seems that Lost in Random’s gameplay, particularly the combat, has the potential to be over-complicated and confusing, especially for younger audiences, but Zoink! Games have done a marvellous job here streamlining things and ensuring that the game is accessible as possible. 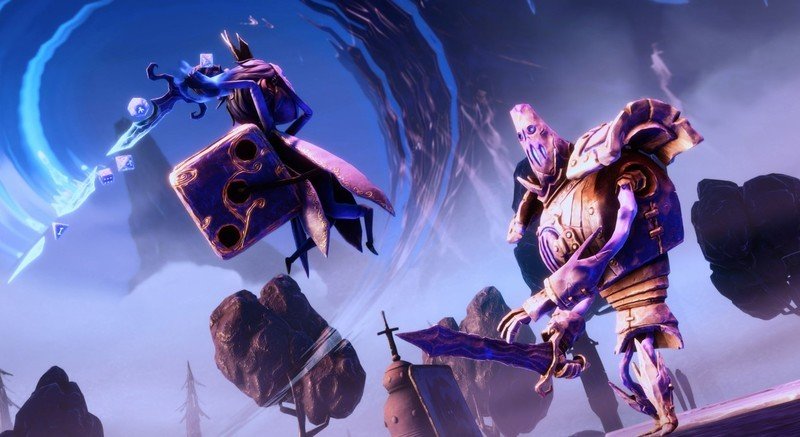 Essentially, Lost in Random is a Card Battle system augmented by the introduction of the die rolling mechanic. You enter a battle and gather energy by attacking until you are able to roll Dicey; doing so will assign you five random cards all attached to a point system, which you can then select in correspondence with the amount you rolled with Dicey. Occasionally these battles can take place on special boards where you have to move a giant chess piece to a designated location, adding another dimension to the gameplay.

It sounds convoluted, but it really isn’t; if you roll a 4, you can select two cards with values of two, four card with values of one, two cards with a value of three and one respectively and so on and so forth; each card has a special attack or some other perk that you can utilise and are tied to the number system, much like the realms, with higher numbered cards unleashing more damaging effects. 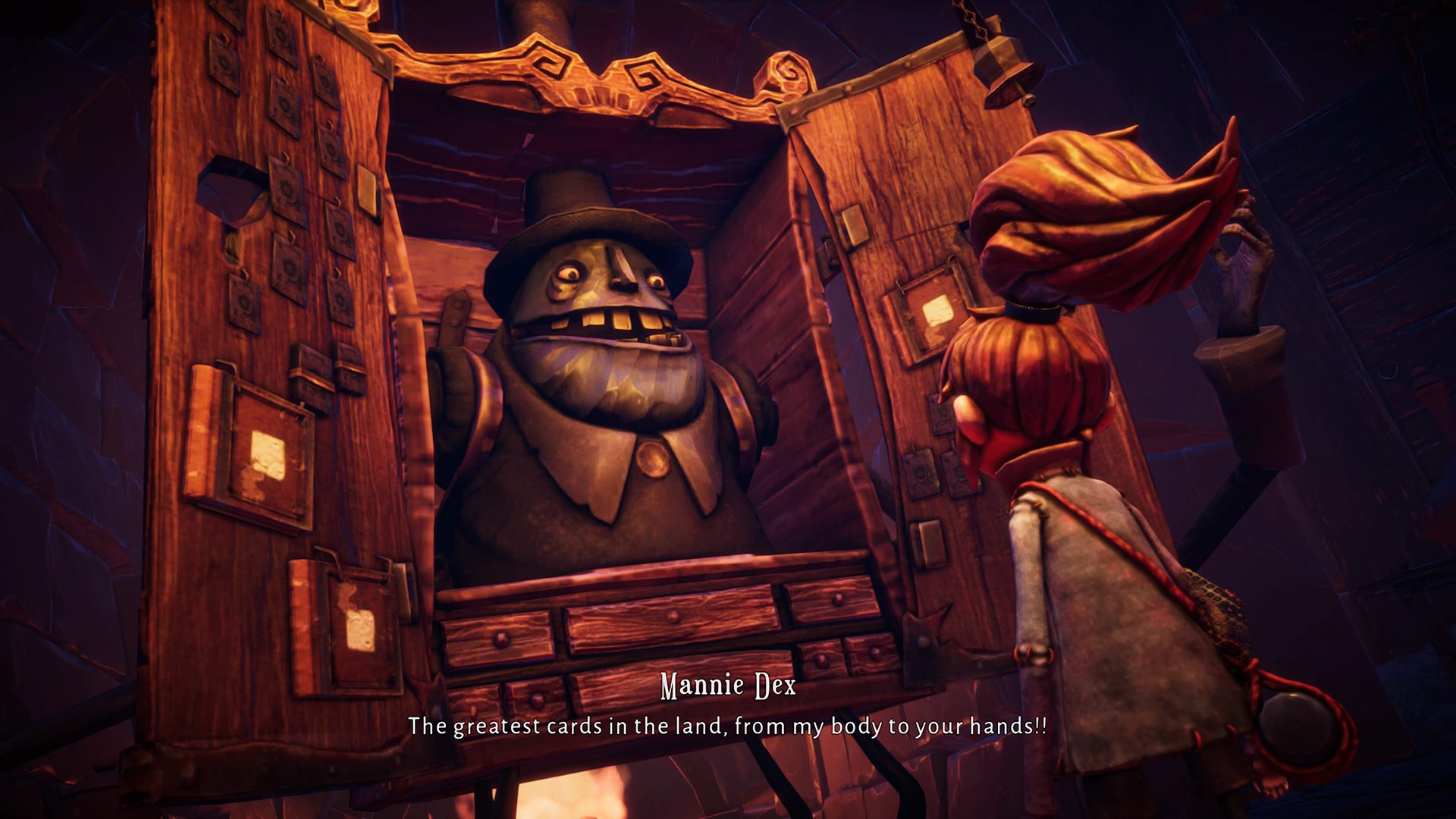 True to the name of the game the cards you get are random each time, which forces you to adapt your playstyle on the fly; a good hand can see you aggressively unleashing a barrage of attacks but a middling hand can force you to play things a tad more cautiously.

The cast of characters you encounter upon your travels are alternately funny, whimsically endearing or, in the case of some of the more nefarious denizens of the Kingdom of Random, suitably terrifying. The narrative unfolds at an engaging pace and overall Lost in Random is yet another tight, polished little title from the EA Originals label. 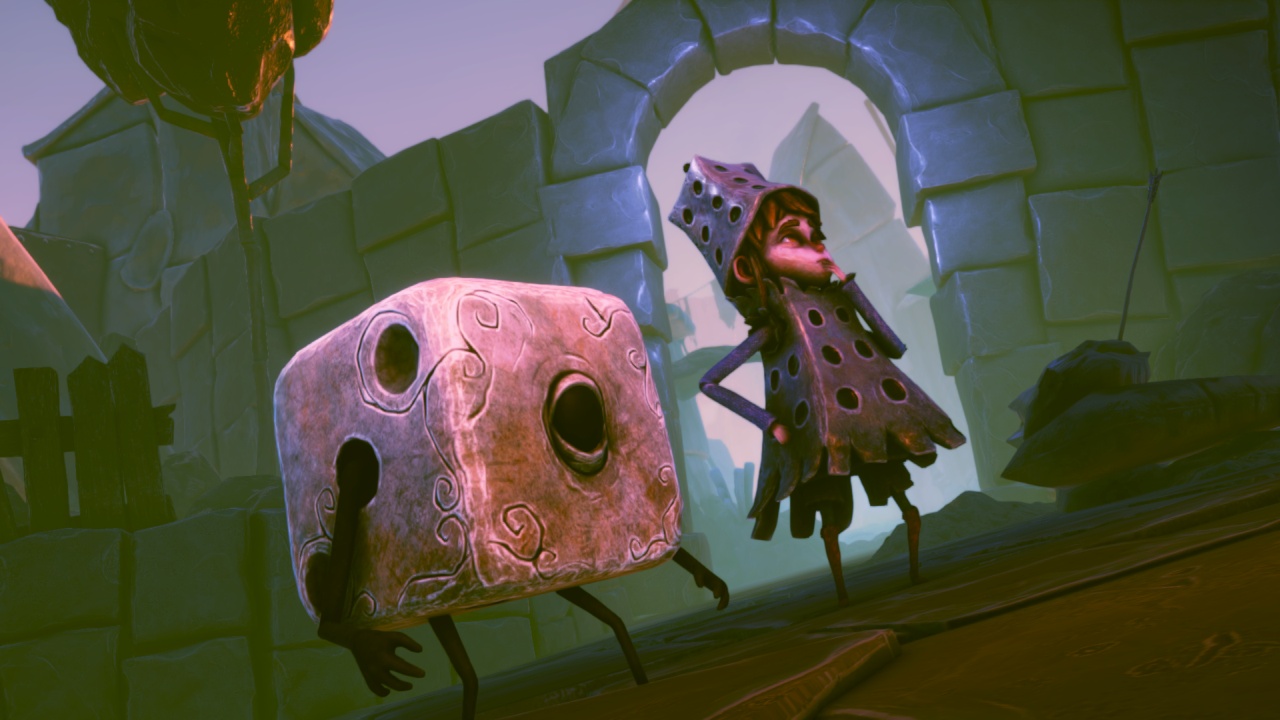 As mentioned above, the art direction is absolutely beautiful here, and that’s reflected obviously in the graphics. The characters are smoothly animated and there were no instances of clipping or anything like that. The cutscenes play like a superbly animated feature film and the gameplay sections look nearly as stunning on the PS5.

The voice acting is of the same calibre as the animation, and the  soundtrack, whilst not particularly memorable in its entirety, more than helps to set the overall tone of the game. 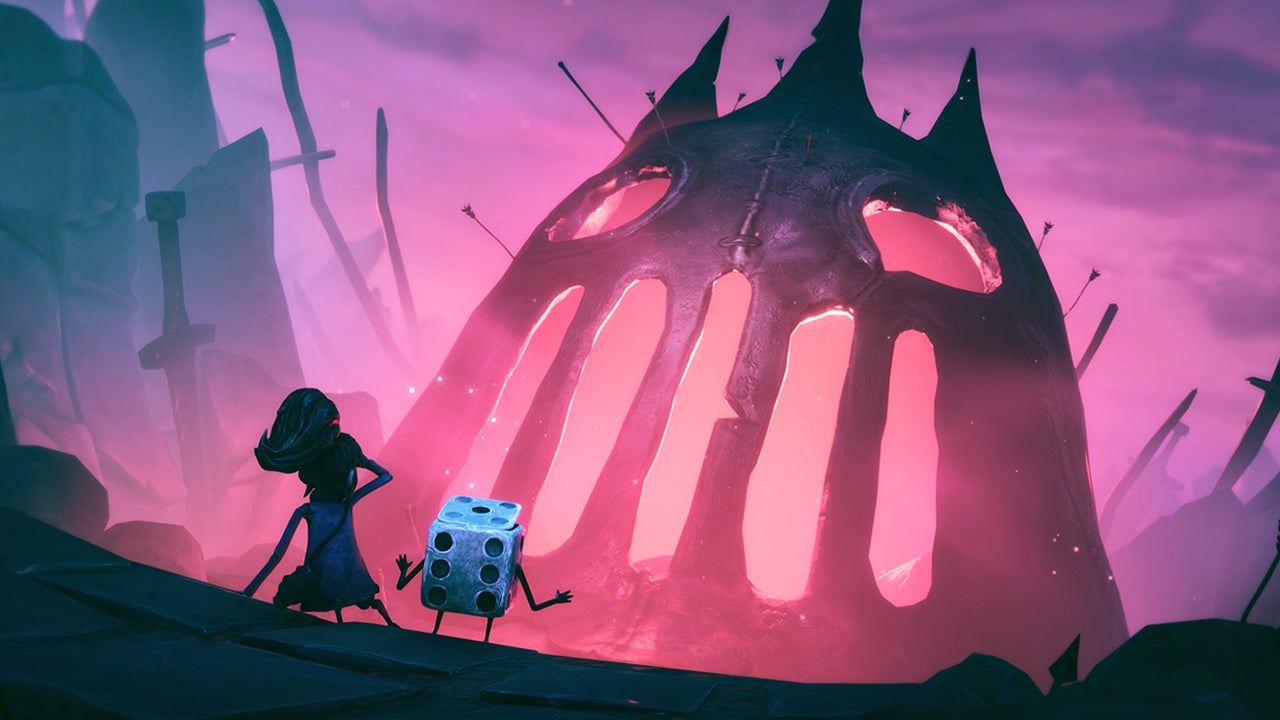 Lost in Random wears its visual influences on its sleeve and is more than worth a look for those who are fans of that kind of aesthetic alone. The story grabs you immediately and maintains a steady drip-feeding of excitement throughout its playtime and the game is just overall a refined and lovingly crafted adventure that will appeal to even those who are generally turned off by “card battle” games, as the content and gameplay here goes much deeper than that. 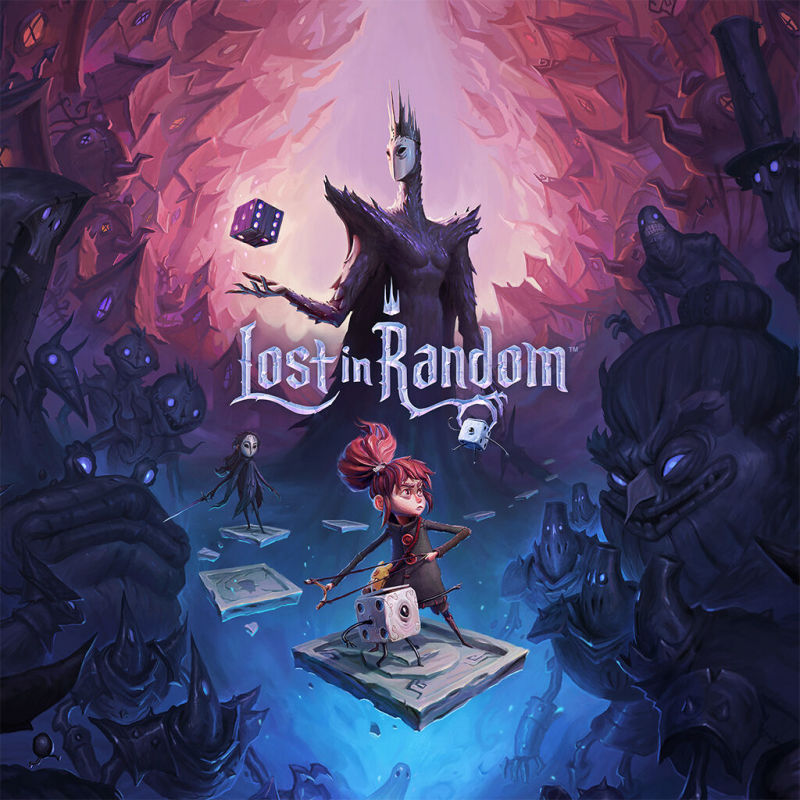