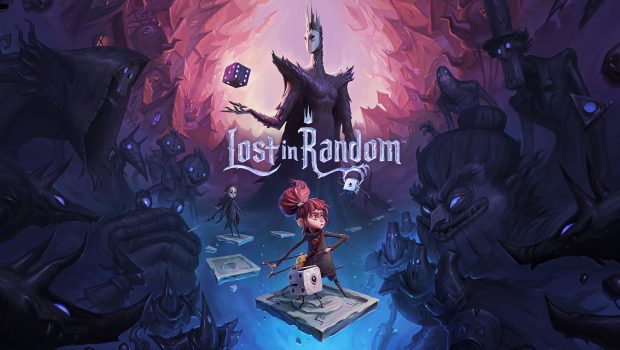 LOST IN RANDOM IN A NEW, TWISTED JOURNEY DRIVEN BY CHANCE, AVAILABLE TODAY

Electronic Arts Inc. (NASDAQ: EA) and Zoink Games launched Lost in RandomTM, introducing players to a dark, twisted world where every event and decision is driven by a chance roll of the dice. An Official Selection at the 2021 Tribeca Festival and winner of the Best Indie Award at gamescom 2021, Lost in Random is a single-player action-adventure game bringing fans through the realm of Random as they battle to succeed in the unpredictable, ever-changing world. The game is available now for PlayStation 4, PlayStation 5, Xbox One, Xbox Series X|S, Nintendo Switch and PC via the EA app, Origin and Steam. Check out the launch trailer here.

Lost in Random tells the story of two young sisters, Even and Odd, who find themselves at the mercy of the evil Queen and her dark dice. Separated from Odd on her twelfth birthday, Even enlists the help of Dicey, her dice companion, to traverse through the land’s six realms and rescue her sister from the Queen’s grips. Dicey and Even will need to face off against the Queen’s minions in explosive dice battles, leading into giant board game arenas where players will have to switch up their gameplay strategy on the fly in an exciting blend of real-time action and time-stop tactics. They will also collect cards to build a formidable deck of combat abilities and meet unique characters who challenge them in ways they never expected as they seek to break the curse of Random and rescue Odd.

“We were fascinated with the idea of exploring the feeling of uncertainty as the starting point for Lost in Random, instead of focusing on predetermined game mechanics,” said Olov Redmalm, Game Director and Lead Writer at Zoink Games. “The overarching theme of randomness helped us be creative with every aspect of the game, as each element fit into the dreamlike world in its own way that enhances the player journey. Combining sharp dialogue with mystery and emotional storytelling elements in a new way, we are excited for players to finally face the fear of randomness in Lost in Random, and see how that experience changes their outlook on life — all portrayed through the daring character of Even.

Lost in Random’s dialogue is penned by Ryan North, author of Adventure Time, Marvel Comics’ The Unbeatable Squirrel Girl and more, immersing players in the macabre mood with each new twist and turn they encounter. With an art style inspired by the likes of Tim Burton, Shaun Tan and Alice in Wonderland, the game’s beautiful and highly visual environments bring the Kingdom of Random to life in epic ways.

Lost in Random’s dynamic soundtrack – including Volume 1 and Volume 2 – is available today on Spotify to coincide with the game’s launch. Fans can purchase the title for $29.99 across all platforms. EA Play Pro members will have unlimited access to the full game starting today.