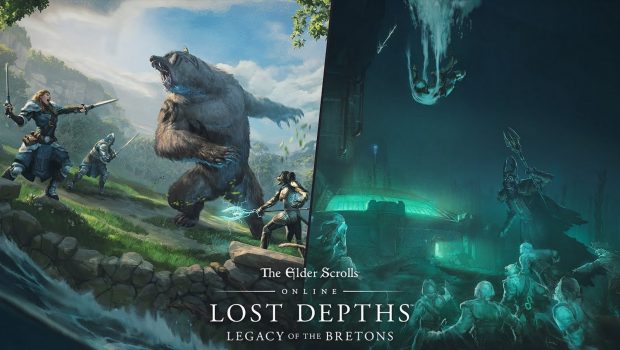 As part of 2022’s Legacy of the Bretons year-long adventure, this dungeon DLC pack brings two new four-player dungeons to challenge you and your allies that build upon and expand the saga that began with the Ascending Tide DLC and continued with the recent High Isle Chapter. Both dungeons feature their own unique stories and rewards, including item sets, Achievements, and collectibles not found anywhere else in Tamriel.

Launching in tandem with Elder Scrolls Online: Lost Depths is Update 35, a new base-game patch that all ESO players can enjoy, no purchase required. This update includes balance changes, fixes, and new features, including changes to the combat system, the introduction of bonus “mini-events” for Battlegrounds (for example, a weekend that grants bonus Alliance Points), and broad improvements to XP gains in PvP in general.

Players can purchase the Lost Depths game pack through the in-game Crown Store and is included for all who subscribe to ESO Plus. For full patch notes on Update 30, remember to keep an eye on our official forums.