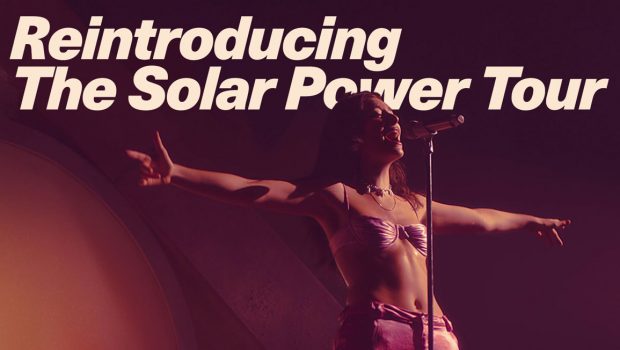 This March, for the first time in six years, global powerhouse Lorde will make her anticipated return to venues across Australia as part of her global Solar Power World Tour. Today, she announces some of the most exciting artists on the indie-pop landscape – MUNA (USA) and Laura Jean (AUS) – as special guests on her forthcoming dates!

Californian indie-pop trio MUNA will make their Australian debut at Sydney WorldPride on 5 March before kicking things off with Lorde at Brisbane’s stunning Riverstage on Wednesday 8 March and continuing through Melbourne and Sydney.

Released earlier this year, MUNA’s self-titled third studio album is a landmark – the forceful, deliberate, dimensional output of a band who has nothing to prove to anyone except themselves.

“… brilliant new album drips with sex, freedom and synth-pop bliss” – Spin
​
​“pulsating with a newfound freedom… a euphoric third album of stomping pop, country and ambient pulses from one of pop’s best bands” – The Guardian

Featuring Phoebe Bridgers, album single ‘Silk Chiffon’ was MUNA’s instant-classic cult smash, hitting the grey skies of the pandemic’s year-and-a-half mark in 2021 like a double rainbow. Marked by a newfound creative assurance, the band musters their unique powers to break through the existential muck and transport listeners to a place where vulnerability in the presence of those who love you can make you feel momentarily bulletproof, and self-consciousness only sharpens the swell of joy.

Sydney songwriter Laura Jean is revered for the striking beauty of her music and the strength of her piercing, intimate lyrics. She will join Lorde for one special night at Perth’s Belvoir Amphitheatre on Saturday 18 March.

Released this year, Amateurs is the brand-new album from Laura Jean. It’s a stunning, string-laden offering, set at a mystical midway point between the deep synth-pop of Laura’s previous album Devotion (2018) and the folkier sounds of her earlier work.

Praised by fellow artists, critics, and fans alike, Laura Jean has twice been shortlisted for the Australian Music Prize, has recorded with Paul Kelly, The Drones and more, and toured Courtney Barnett and Aldous Harding to name a few.

Maybe the sharpest communication of the spooky, all-consuming nature of feminine love” – Lorde

Released last year to critical acclaim, Lorde’s third studio album Solar Power debuted at the top of Australia and New Zealand charts. It sees the artist turning her attention to nature, the record’s lead single ‘Solar Power’ hailed as “her most universal song, hippy in sound and spirit– Lorde conjures its transformational magic anew” by The Guardian.

This March, join Lorde and special guests MUNA and Laura Jean for a sensational night of music. Known for her captivating on-stage presence and enthralling vocals, Lorde doesn’t just put on a show, she delivers a sensory experience. Kick your 2023 off right, and don’t miss what is certain to be a highlight of the year!

Additionally, Lorde is also performing at the Adelaide Festival – https://www.adelaidefestival.com.au/events/lorde/