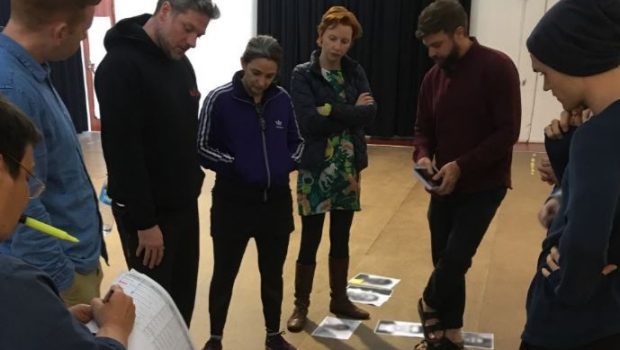 After an extensive workshop and audition process, 23 boys from across Victoria have been chosen to form the Young Ensemble of Sir Matthew Bourne’s New Adventures & Re:Bourne adaptation of Lord of the Flies. In what promises to be the theatrical event of 2017, Arts Centre Melbourne is bringing the beloved William Golding novel to the stage from 5 – 9 April 2017.

Found predominantly through an Arts Centre Melbourne community outreach program and open workshops that began in October 2016, the Young Ensemble includes a mixture of boys and young men with varying experiences including some who have little to no dance experience, those from Singapore, Afghanistan and the United States and a cast member who is also in a metal band. Including two 10 year olds and two 11 year olds, the average age of the 23 Young Ensemble members is 14 years 7 months.

Although published over 60 years ago, Lord of the Flies is still one of the most widely read and frequently examined books today. In this theatrical performance, the action is transferred from deserted island to deserted theatre as a group of schoolboys find themselves abandoned. With no adults around they start to make their own rules and create their own civilisation, before order breaks down and the story builds to an electrifying climax.

An Australian exclusive, Golding’s legendary characters are brought to life with raw physicality, emotional intensity and breathtaking performances by a cast of New Adventures Professional dancers from the UK, professional dancers from Australia and remarkable young talent from across Victoria, who have been sourced through a grass-roots community outreach program.