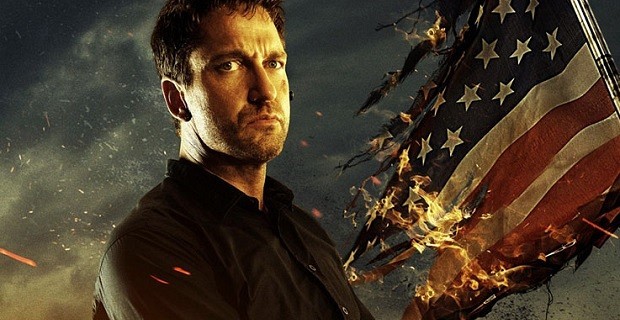 London Has Fallen is a generic action movie that offers no surprises, an unlikable hero and isn’t even as shocking as its predecessor. The previous film, Olympus Has Fallen, was an alarmingly xenophobic American propaganda film, where the White House was attacked by Asian terrorists. Gerard Butler played secret service agent Mike Banning who was determined to protect President Asher (Aaron Eckhart), the Vice President (Morgan Freeman) and the Secretary of Defense (Melissa Leo). Eager to phone in and collect a paycheck, all four of these actors reprise their roles in the follow-up. In terribly schmaltzy early scenes, Mike is awaiting the birth of his child with his wife (Australian actress Radha Mitchell) and considering retiring from the secret service. But when the British Prime Minister is mysteriously found dead, a funeral is organised where all of the world’s leaders, including President Asher, are invited to London on short notice. Unsurprisingly for us, an ambush is launched by Pakistani terrorists this time, who are seeking revenge for the American drone strikes that killed their families. Mike takes it upon himself to protect Asher by reaching various safehouses and takedown terrorist opponents. The only good aspect of the film is that the director Babak Najafi has a clearer lens for framing action than some of the higher profile blockbusters. The action is filmed in a surprisingly uncluttered way, which is a nice reprieve from the poorly framed set pieces of Michael Bay’s 13 Hours and the most recent addition of The Hunger Games. 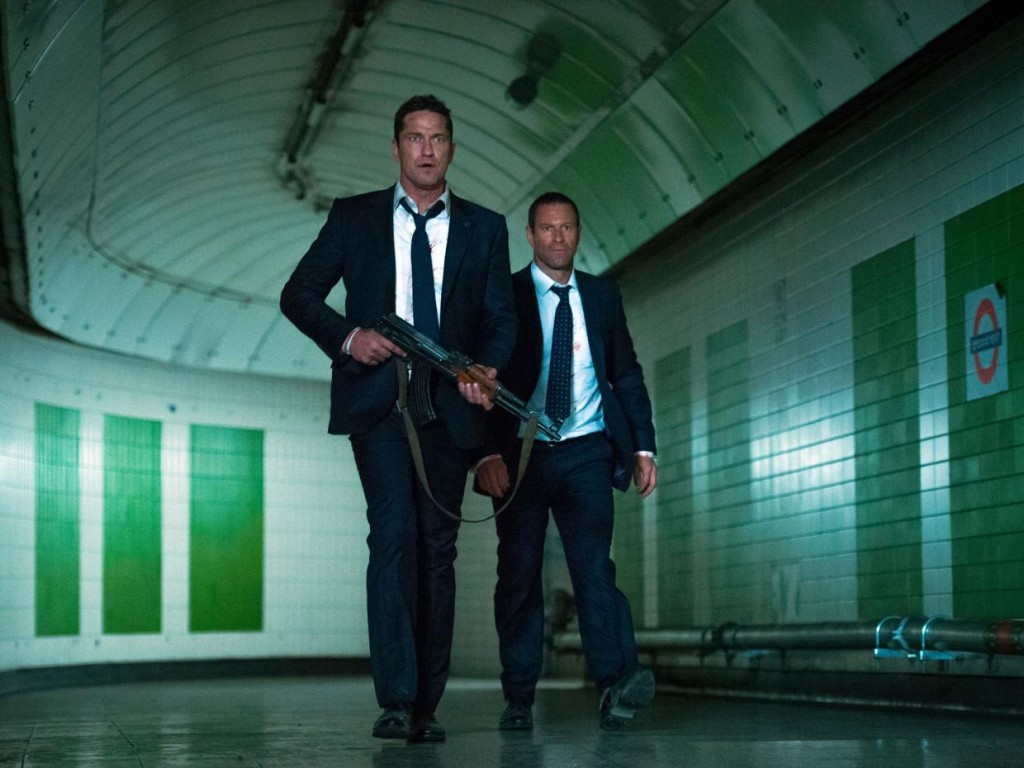 One action sequence involving motorbikes chasing down Mike seems visually impressive at first but also too closely mimics a scene from Inception. Similarly, while the action might be clear, our involvement and care is diminished by simply how unlikable Gerard Butler is in the lead role. Mike is a boorish, self-serious and merciless brute who is supposed to showcase American resilience. But he has no personality or unique characteristics, nor is he an enjoyable hero. Instead, he is annoyingly precise in his predictions of all the terrorists’ moves, even when being chased in a speeding car, and rarely makes any mistakes or sustains damage. There’s no tension about his wellbeing. Gerard Butler’s machoism isn’t tough or cool but entirely undone by dialogue that is so poor it becomes unintentionally funny. Thanks to some serious clunkers, the film emerges as a satirical riff on Internet flaming. When Mike is telephoning the terrorists, he tells them: “Why don’t you pack up and go back to fuckhead-istan!” Its side-splittingly stupid and further drawing Internet comparisons is the way the action scenes begin to resemble online video games such as Call of Duty as Mike moves from cover to cover, gunning down targets in streets and laneways. Outside of the slick action though, the film is repetitive in its action beat and rhythms and generally lacks conviction. The primary ambush scene is as terribly silly and implausible as the first film, especially when Buckingham Palace guards emerge as baddies in disguise. In a useless subplot, the film’s traitor is immediately predictable and some of the biggest names in the cast have nothing to do except for talk to the terrorists who have a direct phone line to the White House staff. Melissa Leo and Morgan Freeman, two Oscar winners no less, are slumming it big time. Some will also argue that the film is dangerous because of its xenophobic and right-wing attitudes, which are indeed backwards and adolescent especially in Morgan Freeman’s closing monologue to the main baddie (“Look out the window!) but truthfully, the film is a copy of its predecessor which lessens the impact and it’s too silly and forgettable to give anymore thought.