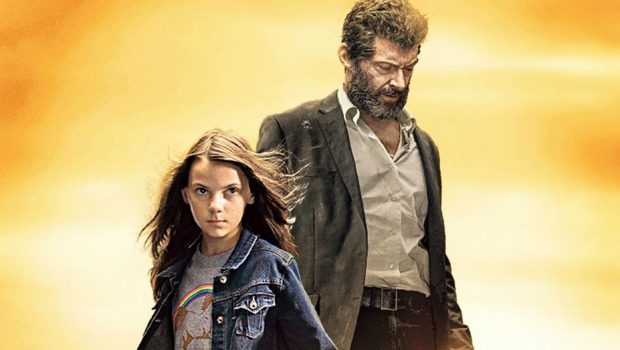 Summary: Logan undermines the emotional beats and character depths the film thinks it is striving towards.

Logan makes sadism fun! In the first scene of the movie, the title character, better known as Wolverine, encounters a group of Hispanic thugs surrounding his limousine. Although slower and less agile in dispersing of his opponents than in the past, he dismembers the men in brutal, uncompromising ways. While the superhero genre has rightly been criticised for being overstimulated by action scenes such as this, Logan’s rebuttal is that superheros are vulnerable despite their violent ways.

Yet we are arguably desensitising ourselves to graphic violence simply because we’re told it’s intrinsic with a character’s internal and environmental struggles. Logan, your world is so bleak and fragile now! Just remember your enemies can’t run without limbs! It is this same degree of sadism propelling Logan’s story, Hugh Jackman’s eighth and final outing as Logan/Wolverine, which continually undermines the emotional beats and character depths the film thinks it is striving towards.

Set in the year 2029, the other X-Men mutants have died or have been embarrassed into hiding after the movie X-Men: Apocalypse (2016). Logan has chosen a suspiciously public job as a limo driver, don’t ask him to change the radio station, and is now killing himself with alcohol and meds as he lives in a desert hideout. He’s also caring for two other mutants and saving enough money to escape with them so they can die together on a boat on the ocean.

Logan’s first mutant friend and comic relief character is Caliban (Stephen Merchant), an albino mutant that can’t take any sunlight or he’ll die. This is not a character whose backstory I was familiar with or came to know besides being a fairly useless emotional stake. Patrick Stewart has fun making Professor X a creaking old man who is rapidly fading, but his ability to slow-time and create earthquakes weakens or undercuts the gravitas of his vulnerability. Superpowers and humanity were handled more delicately in Jeff Nichols’ film Midnight Special (2016).

Okay ladies, now let’s get in formation! Logan is first recognised by a woman as Wolverine and is then paid by her to escort herself and a silent young girl named Laura (Dafne Keen, making her film debut) across the desert towards a place called Eden. As is so often is the case with these films, the woman is killed and Logan must take the girl into his care! While Logan remains sceptical of Eden since he’s seen it in an X-Men comic, he and his group are pursued by an army of soldiers that wish to capture Laura.

Logan was written and directed by James Mangold, who has steered wide of adult dramas after Girl, Interrupted (1999) and Walk the Line (2006) to make comic book films such as Knight and Day (2010) and The Wolverine (2013). He has robustly inflated Logan with mood and attitude, but the ultra-violence is difficult to watch or sometimes just plain silly. Mangold is deadly serious about the vulnerability of the characters, but as vivid as his technique is for ramping up the carnage, it is all a bit of a lie. The film fights against its own self-made disjunction: it captures the intense stares of the characters through close-up shots and teary goodbyes, making them seem softer than we might expect from a comic book movie, but the over the top action diminishes the characters’ humanity. 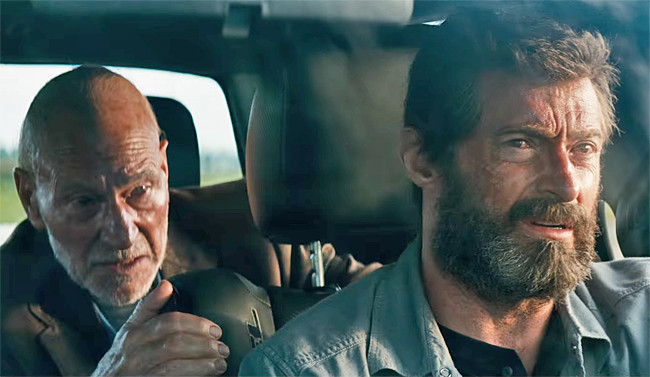 Laura is revealed to be deadlier than Logan (it’s not much of a secret why), which sees her pounce onto soldiers and stab them through the skull with her claws. A spear straight through her chest might ruin a nice shirt but barely makes the poor girl bat an eyelid before the fighting resumes. Making Laura silent is Mangold saying that she’s dehumanised! A junior killing machine! However, it’s also his own dehumanisation of the characters too: he frees himself from the burdens of characterisation and dialogue when all a character must do is fight and growl. The film’s champions will cry that it’s all a metaphor for the exuberance of youth! The rest of us will shrug and ask why a character like Laura bothers to run if they’re near invincible due to their healing powers.

James Mangold is like a lot of male middle-age directors who are confused about whether they’re making a film or putting coins into a Frogger machine. The film’s four major set pieces are shamelessly comparable to the levels of a video game. In each one, the players are attacked by waves of soldiers, including a charismatic but forgettable baddie in Pierce (Boyd Holbrook), who has a claw for a hand in what is surely a loving Inspector Gadget reference, and a surprise mutant who causes headaches for Logan. Each “level” is won by Logan’s team clearing the area of enemies and then escaping by driving across the open world to the next set piece.

Similar to an adventure game, Logan collects supplies for his inventory such as pills, booze and a phone charger. The pills will ease the pain someone might say. Exposition is also done quite imaginatively and cleanly through a phone video file, which echoes the video and audio logs of games such as Bioshock (2007) and Dead Space (2008). The introduction of a backstory about child soldiers seems interesting but doesn’t lead the plot anywhere fresh, particularly with the derivative climax. 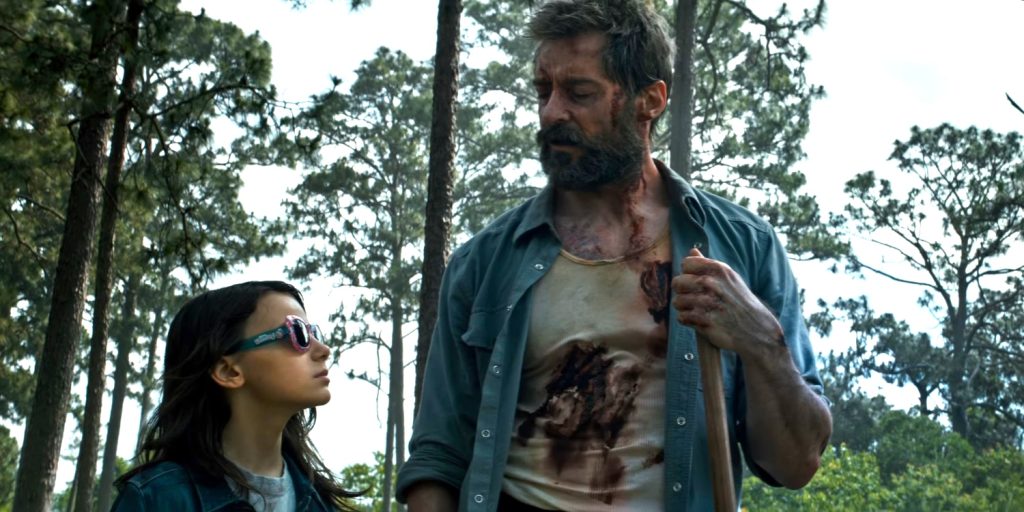 While Logan would like to be the video game The Last of Us (2013), which itself “borrowed” from the films Children of Men (2006) and The Road (2009), it doesn’t match the sophistication of the game’s writing. The weak first half of Logan lacks subtext. It doesn’t transcend the importance of family or the impact of violence in ways as interesting as The Last of Us. However, a farmhouse sequence mercifully spares us from the action, which is relieving due to some moments of humanity afforded to Laura when she looks at a picture and starts listening to music for the first time. Small victories, people. Her resourcefulness means that Logan isn’t nearly as obnoxious as X-Men: Apocalypse.

Yet the predictable, repeated beats of these films, where some henchmen are long overdue to be slayed, leaves a feeling of inevitability gnawing at the plot. Some have argued Logan is a Western because it is tough and violent and features the use of the word “border” at least once in the dialogue. Outside of the rural setting and the film’s love for Shane (1953; shown in an otherwise useless hotel sequence), the film isn’t a critique of violence, which is an imperative genre staple. The situations and the world that Mangold has designed develop a problematic, right-wing rhetoric that argues violence is okay because….in a world…that’s dark and gritty…it is integral to the characters’ survival and their normality as a family unit.

While it is appreciative that James Mangold is interested in family bonds and relationships, he undermines his sentimental heart by relying too much on hardcore violence to distinguish his movie. Too many of the film’s emotions come from the action sequences rather than the character moments. Laughter: Logan bursting through the woods at full tilt, screaming and growling. Shock: a man’s head rolls across the ground like a bowling ball. This is the two-pronged emotional fork of Logan as it switches from laughably over the top to disturbing and uncomfortable. Yet if we desensitise ourselves to violence it provokes something dangerous: enjoyment.

Suddenly, Mangold’s goals seem far more irksome than sentimental: if all a family has to do to be together is commit mass murder and butcher some evil SWAT teams and their mutant creations then to hell with ethics! It’s the same speech Liam Neeson recites in the mirror every time he’s asked to do a Taken movie. Thus, even though I could see the craft in some of parts of the filming and know the fans will enjoy the movie, I wasn’t moved by Logan’s supposedly emotional finish because the movie justifies its gratuitousness through family. Perhaps Logan is a Western then, not as in the movie genre, but an anachronistic attitude of the times when men murdered each other because they didn’t like the taste of the whiskey that day. 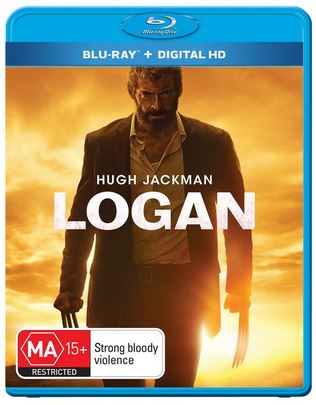