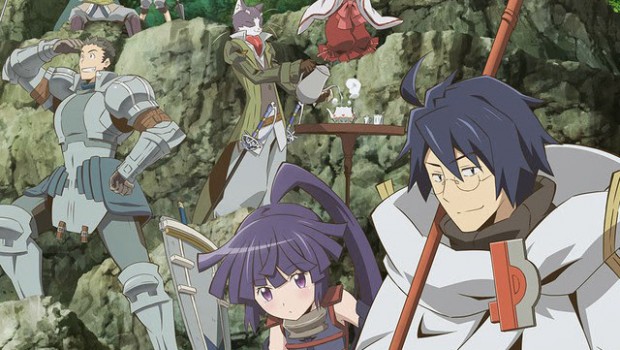 Summary: Log Horizon is a worthwhile and highly imaginative addition to the ‘world within a world’ fantasy sub-genre

Not so much breaking down the fourth wall as careening through it at top speed, Log Horizon boasts a conceit which has been considered by every child at least once in their lives (or in my own case, more or less continuously): what if I could become a character in my favourite book, television show or video game?

It’s the latter premise which forms the crux of Log Horizon, and sees no less than 30,000 fans of the massively multiplayer online role-playing game Elder Tales transported into the gaming universe in the form of their avatars thanks to a rather sizable computer glitch.  Amongst them is socially awkward gamer Shiroe, who along with his friends quickly discovers that life inside a video game isn’t quite as enjoyable as one might hope: in fact at times it’s really rather terrifying. 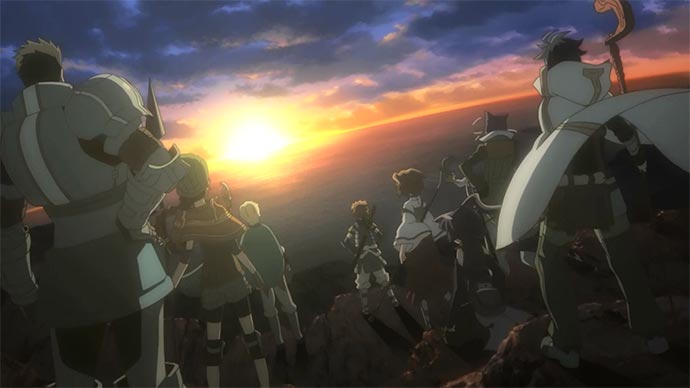 There are roving assassins to navigate, for one things, as well as warring guilds, teleportation gates and rampaging briar weasels, which are every bit as bitey as they sound.  The animation style utilised throughout is rather cutesy and in fact has drawn criticism from some reviewers, but if creator Mamare Touno’s recent tax problems are any indication this hasn’t slowed down the anime’s popularity any (he’s the equivalent of a million dollars in the red, according to the Japanese government).  The 2011 novel series upon which the anime is based was likewise popular, and while it may not prove massively groundbreaking Log Horizon is nonetheless a worthwhile and highly imaginative addition to the ‘world within a world’ fantasy sub-genre.

Collected here on two Blu-ray discs are the first 13 of the series’ 25 episodes.  As ever with Madman’s animated fare the picture quality is sublime, with a luminous 16:9 transfer and solid Japanese and English audio tracks to boot.  A featurette or two wouldn’t have gone astray in the way of bonus features, but all in all this is a solid outing with impressive technical specs and an elaborate, effective and immersive story arc which grows in complexity as the season progresses.  Nicely done. 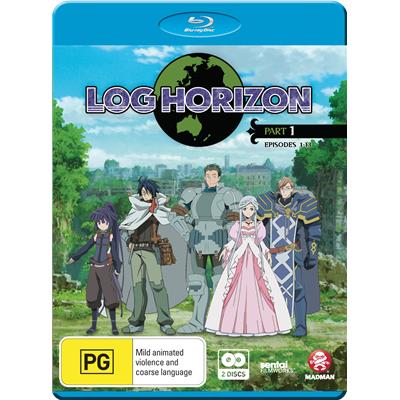