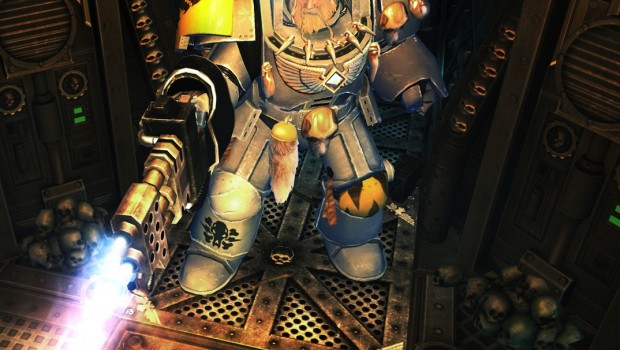 Lock and Load The Wolf Guard Gears up for Space Hulk

Copenhagen, Denmark — October 11, 2013 — Danish development studio Full Control today revealed the first chapter expansion for Space Hulk, the 3D digital turn based strategy game based on the best-selling board game set in the Warhammer 40,000 universe. Scheduled to launch in late 2013, the Space Wolves chapter expansion will includes a three missions based on the classic “Fangs of Fenris” campaign, that first introduced the ferocious warriors of the Wolf Guard into Space Hulk.

In celebration of the announcement of the new expansion, Full Control will launch their first Steam sale on Saturday 12th of October, where Space Hulk will be discounted by 33% for 24 hours. To purchase Space Hulk during the sale please visit the offical Space Hulk site at http://store.steampowered.com/app/242570/

“When it came to selecting the first expansion chapter for Space Hulk we felt that the introduction the Space Wolves would be both a great addition to the game, and a nod to the fact that our studio is based in the heart of Scandinavia – the Viking kingdoms of the past”, said Thomas Hentschel Lund, CEO of Full Control. “Devastatingly ferocious in attack and immovably resolute in defense, the Wolf Guard will be a fantastic addition to the Space Hulk universe introducing new gameplay styles and methodology into the classic turn based action”.

The three mission campaign “Fangs of Fenris” uses the elite Wolf Guard Terminators of the Space Wolves chapter. The campaign was originally posted in White Dwarf magazine #200 from 1996, and is now making the leap to the digital game. The chapter will also introduce new weapons including the Frost Blade, Frost Axe and Wolf Claws.