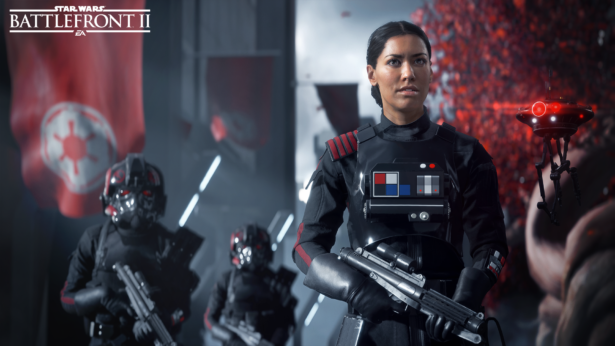 Make all your Star Wars fantasies come to life in Star Wars Battlefront II! Check out the new “This is Star Wars Battlefront II Trailer” where John Boyega aka Finn reveals the full game experience that players can expect to immerse themselves in this holiday. Whether it’s dominating as your favorite iconic hero in epic multiplayer battles with up to 40 players, piloting a starfighter through thrilling dogfights in space, or stepping into the boots of commander Iden Versio in the campaign’s all new untold Star Wars story, there’s something for everyone in Star Wars Battlefront II. Along with 5 unique multiplayer modes to suit any play style and 18 locations set across all three cinematic Star Wars eras, the new class based system, Battle Points and reworked Star Card system offer greater depth and progression than ever before.

Head to the Star Wars Battlefront II blog here to get a closer look at all the Galactic Assault locations that will be available at launch, and website here to learn more about the game’s multiplayer modes.